Synopsis A private Seaton Academy where various animals live together. While the animals that were the students formed a herd of the same species, the fewest humans (Homo sapiens) and Ma-sama in the school were forced to live in high school with narrow shoulders.Quote-Wikipedia

After becoming a flock, it’s real

The original is a manga work serialized in Cycomics.
Directed by Hiroshi Ikehata, produced by Studio Gokumi 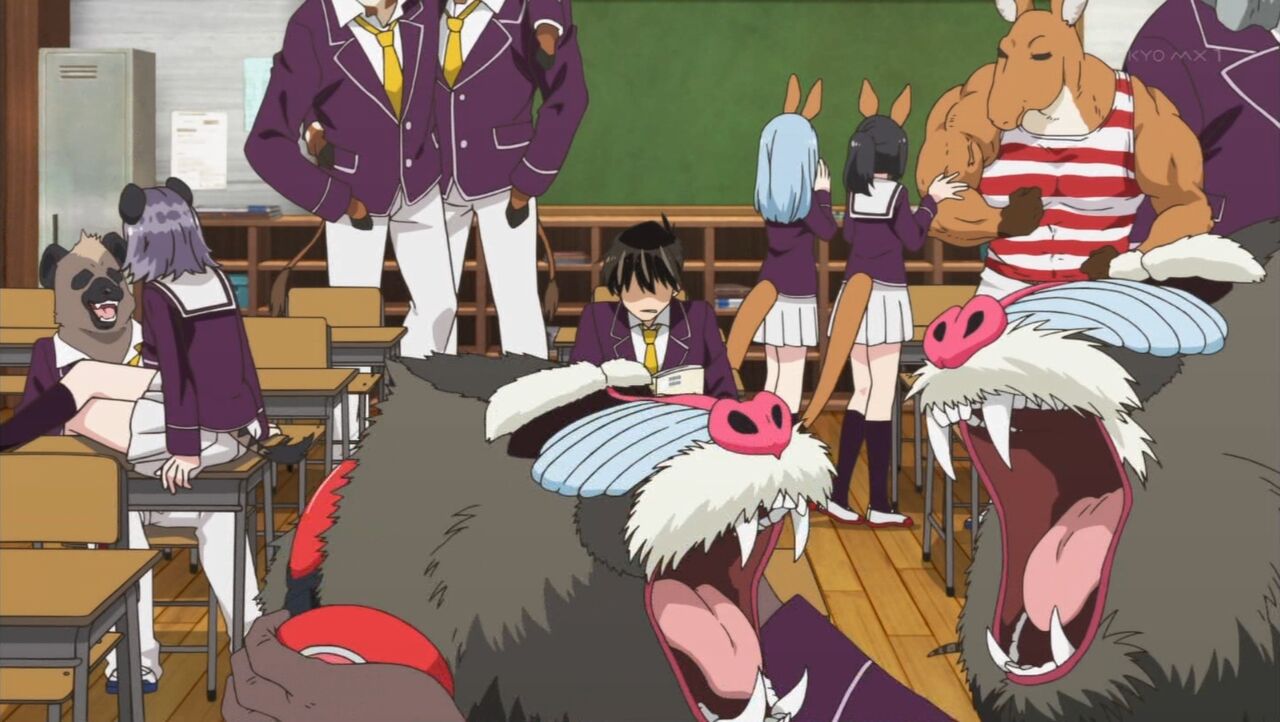 It’s quite noisy from the first episode.
As the title suggests, the story begins with the entrance ceremony of “Seaton Gakuen”.
There are a lot of characters on the screen, and the heroine
Wow wow wow and make a lot of noise.

This work is a so-called “personification” work,
All kinds of animals are evolving in the bipedal direction
Females retain their human appearance and males retain their animal appearance.
Where only females have a high degree of anthropomorphism
I feel the direction of this work (laughs)

The main character is the only “male” human being.
I fell in love with Ranka, the “wolf”, and she
The story begins where you are put in a flock.

This work is supposed to be killed somewhere.
Although they are anthropomorphic, they have a strong animal instinct.
There are many animals that “flock” and many animals find meaning in “flocking”.
There is also a rule of “weak meat and strong food”, and there are also upper and lower positions.

There is also a depiction of “violence” rather than Tsukkomi as a gag,
Unimaginable from the cute character design
A murderous atmosphere may flow.
If you think that such an atmosphere is flowing, it becomes a gag.

Do you want to seriously draw the world of animals or gag?
The treatment of the heroine is also “poor” or “cute”
I can’t read the direction of what I want to do, such as feeling “disgusting”.

A human heroine is about to be sexually attacked by an anthropomorphic “bear”
There is also a depiction, and at the beginning, such a murderous atmosphere and the direction of the work
There is a strong feeling that it is not decided.
There are many things that can be managed by having a dinosaur as a teacher in terms of power balance,
I wonder what the “law” of this world is.

What kind of meat is the “meat” that carnivorous people eat in the first place?
Since it is a comedy work, such detailed settings are not considered
It may be good to let it flow loosely
There are many parts that I can’t help but worry about. 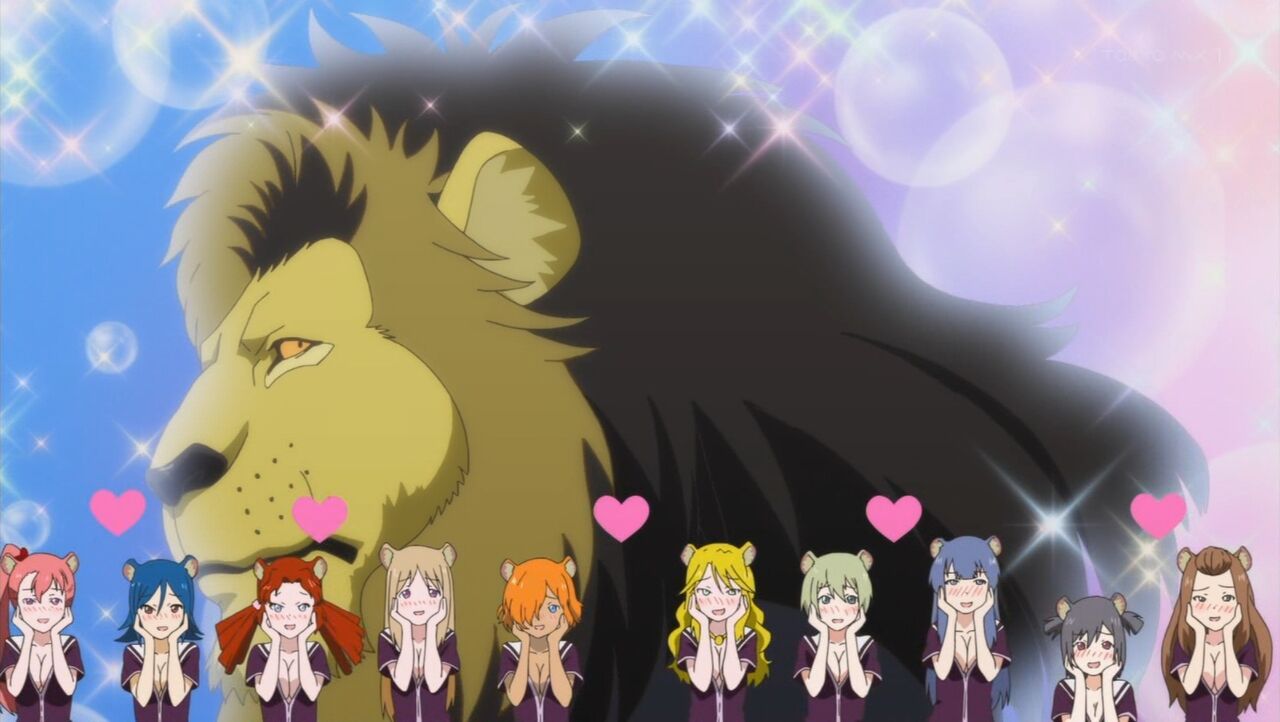 This work basically revolves around “animal material”.
The habits, instincts, and habits of animals are at the center of each story.
I am making a story by making good use of the stories of the animals.

For example, for lions, the point that “the size of the mane” is popular,
Sloths die soon, sloppy mice prevent burrows when enemies come,
A cat’s petting voice, a koala’s childhood staple food, etc …

Use the habits and instincts of actual animals as a story
At the same time, it is incorporated as a character setting.
There are many parts that are worrisome, such as the murderous air and violence at the beginning.
The direction of this work will be decided from around 3 episodes. 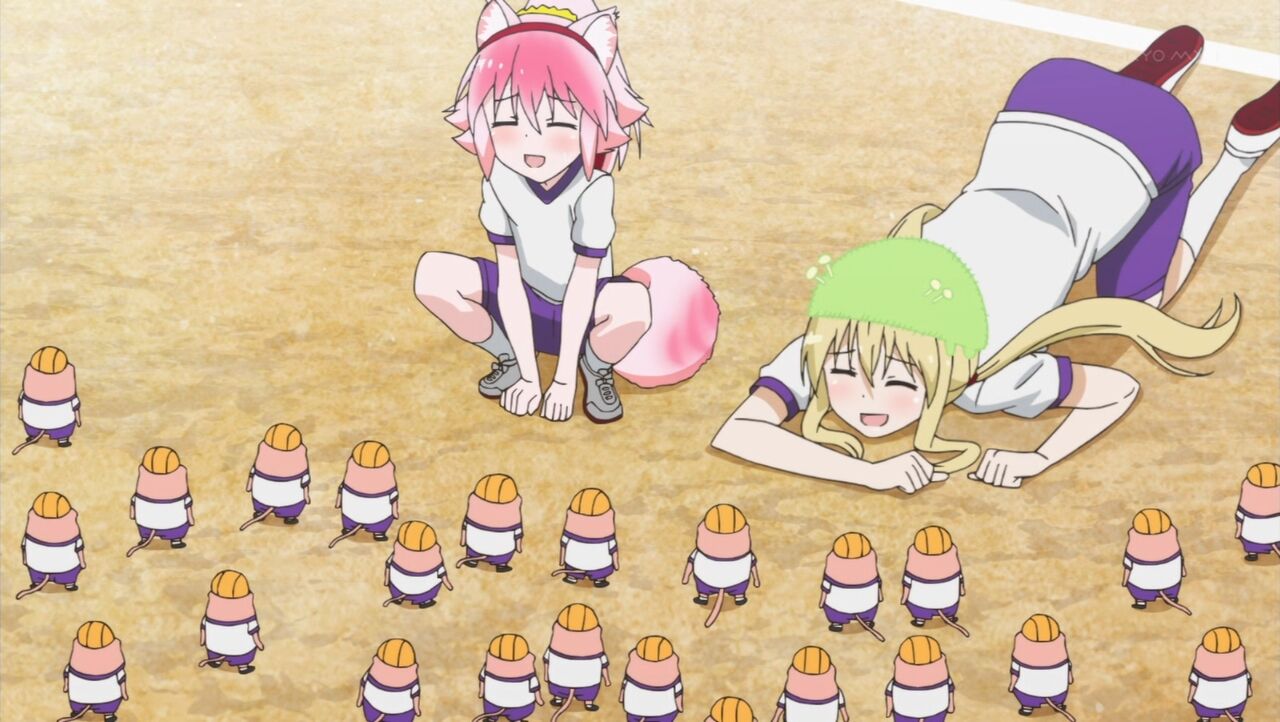 From the middle stage, the story is patterned to some extent.
Every episode, a new animal character appears and gets involved in trivia about that animal.
Entangled with the main characters and flirted.

Although there are quite a lot of female characters in the setting of the work,
The so-called “harlem element” is quite thin.
Although the main character has some feelings for the same human heroine,
There is not much love element, and even if there is a love element, it is drawn as a gag.

Because the hero hates animals, the sharpness of Tsukkomi is also terrible,
Although the part that was a little ranted and the treatment for them were terrible,
The part where it is a gag is also big.

The position of the heroines is also to some extent because of their animal-likeness
It is also patterned as a story, and sloths die many times (laugh)
The “promises” of the characters that were not in the early stages are born from the middle stage
By mixing new characters in that promise,
A gag with a sense of stability creates laughter.

Although there are many characters, never throw them away
It may reappear after a few episodes, and the more characters there are, the more
The depth of fun of this work will also increase. 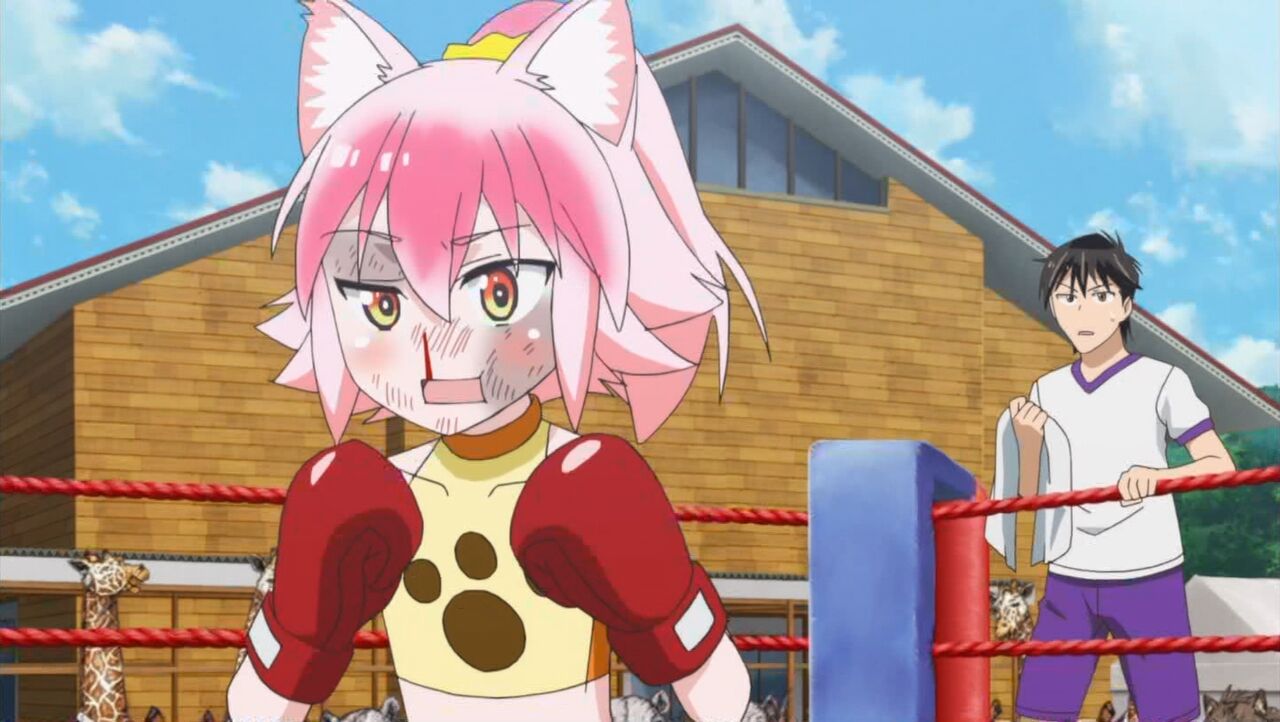 In a serious atmosphere, as a gag or a cute character until now
The violent expression that the depicted girls are messed up
There are many parts that are a little excessive,
I had a stable laugh from the middle stage
The expression of violence for serious development in the final stage is a little worrisome.

The story itself is neatly organized, but coupled with a sexy depiction
It is a work with different tastes. 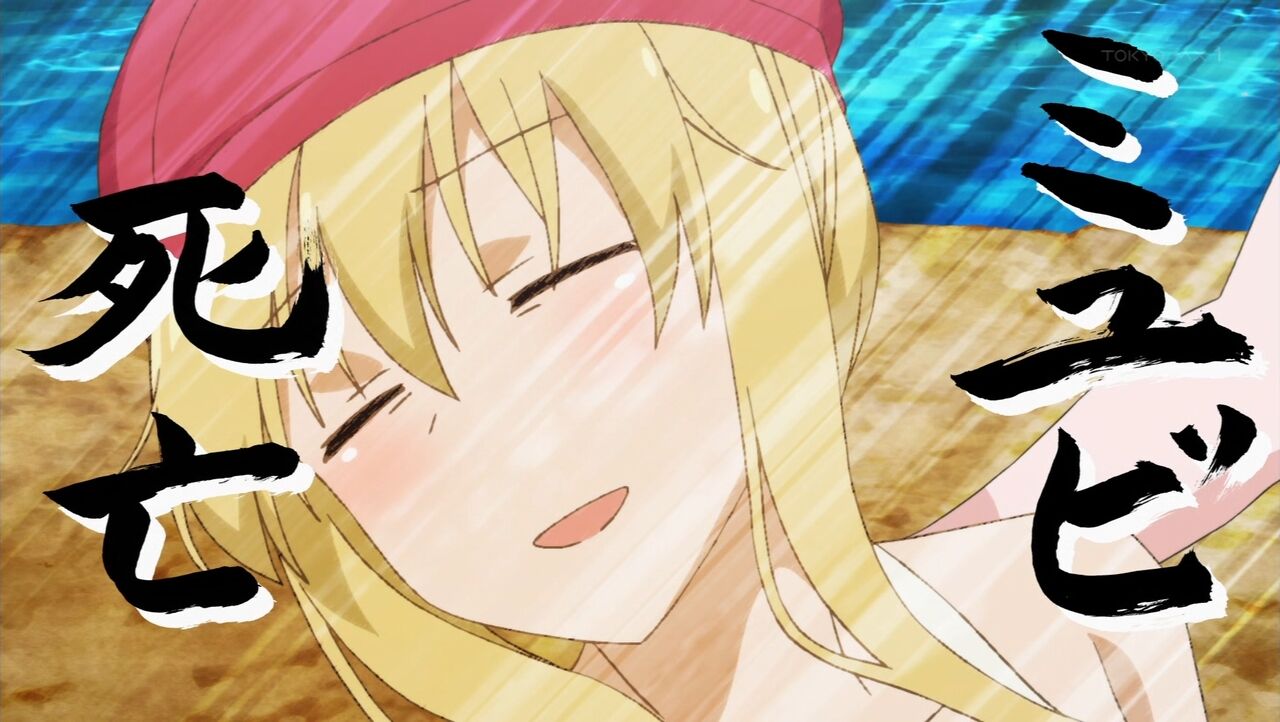 There are some good parts as a whole, but some bad parts are conspicuous.
Especially in the early stages, that tendency is strong, and the direction of the work has not been decided.
It’s hard to tell if you want to gag or emotional
Combined with violent expressions, it is difficult to see the fun of this work.

The number of characters increases in the middle of the game, and the direction of the work is decided.
Animal trivia A slapstick comedy with a stable gag as an anime
It is a work that makes you giggle, and of female characters
It is a work that you can enjoy with a warm heart, coupled with a sexy depiction.

However, there was a serious development in the final stage, and the violent expression in the early stage returned.
Although it is talkatively organized, in the early, middle, and late stages
The impression of the work itself is changing.

It does not mean that the characters that are common in gag anime are thrown away,
There is a method to liven up the story by properly using many characters
Although it creates the fun of this work,
It’s hard to see the fun until the number of characters increases
It can be said that it is a big drawback of this work.

If you are watching from now on, if you look at the situation up to about 4 episodes
You may feel the fun of this work. 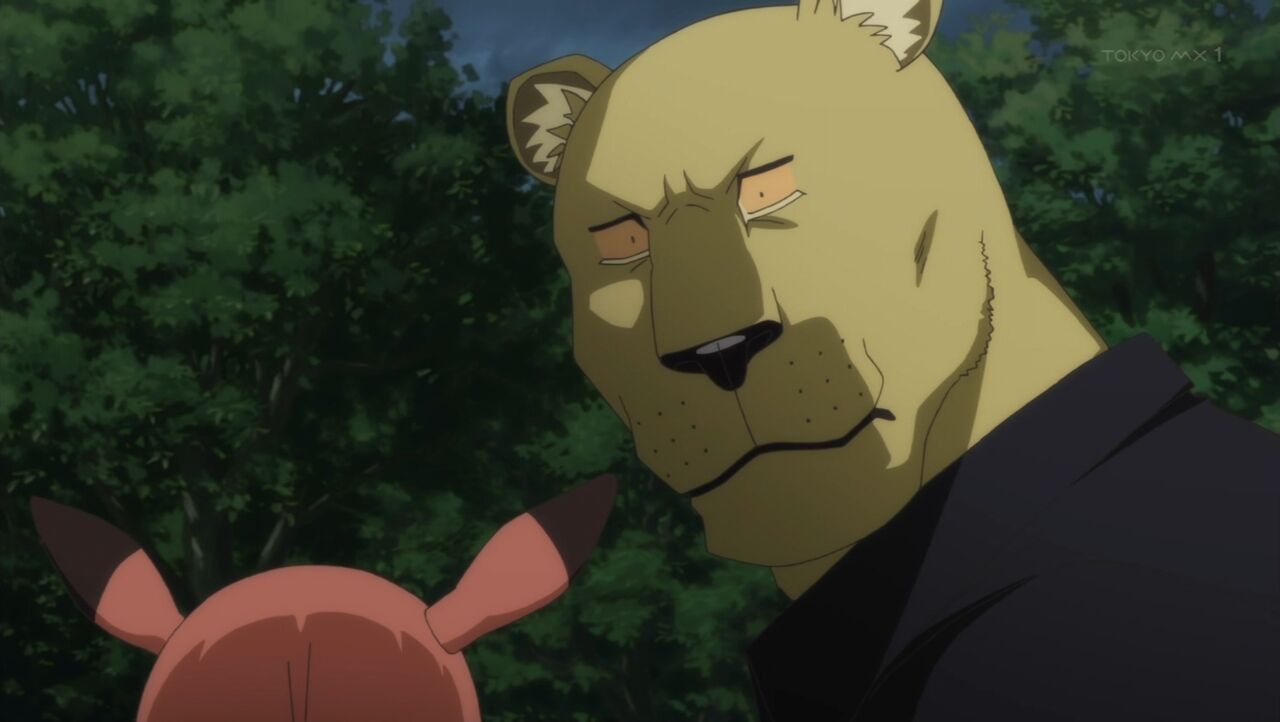 Personally, from the time when the lion played by Tomokazu Sugita appeared
This work became interesting. He reappeared a little bit,
It’s also interesting that his love affairs are talked about in fragments.
He giggled at the end of his prompt answer.

If there are two terms, it may be a more exciting work.
Because it is hard to see the fun of this work at the beginning,
At the stage of the first term, the sales are not so good,
Although it is a delicate line whether the second term can be expected,
It’s a work I want to see if the second term is over.