Flashback: the Nokia N91 was legendary for its audio quality, but was a one-off


Nokia unveiled the Nseries in 2005 with three devices  the N70, N90 and the star of todays article, the Nokia N91. The announcement came in early 2005, but DRM issues pushed the release back to 2006. Still, this was a hotly-anticipated phone, winning the Most Innovative award from the Mobile News Awards.

It was worth the wait too, the N91 was widely considered to have the best audio quality of any phone. It sported a 3.5mm headphone jack, making it compatible with the best headphones on the market. Nokia recommended several Sennheiser, JBL, Harman Kardon and Bose headsets in its press release. 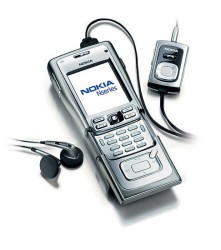 The Finns positioned this as a challenger to Apples iPod. Music controls were built into the front of the phone, sliding away to reveal the standard keypad. Also, there was wide support for audio formats, an 8-band equalizer, stereo widening and other features.

You could transfer music files to the Nokia N91 from your PC using a USB 2.0 cable. You could source music from burgeoning online stores like Yahoo! Music too. Nokia also made a Podcasting app, which allowed you to download podcasts directly on the phone over Wi-Fi (you couldnt do that on an iPod).

What made all of this possible was the 4GB hard drive  streaming wasnt a big thing back then, certainly not on mobile, so local storage mattered. And 4GB was as big as phone storage got back in 2005, allowing you to carry around 3,000 songs.

These days its all about flash storage, be it internal or on a card. But flash was expensive and capacity was in the single digits of gigabytes. For example, SanDisk unveiled a 4GB miniSD in 2006, followed by a 4GB microSD in 2007 (that was set to retail for $130). Both used the new SDHC format, which wasnt yet widely supported on phones, most could only handle 2GB cards. 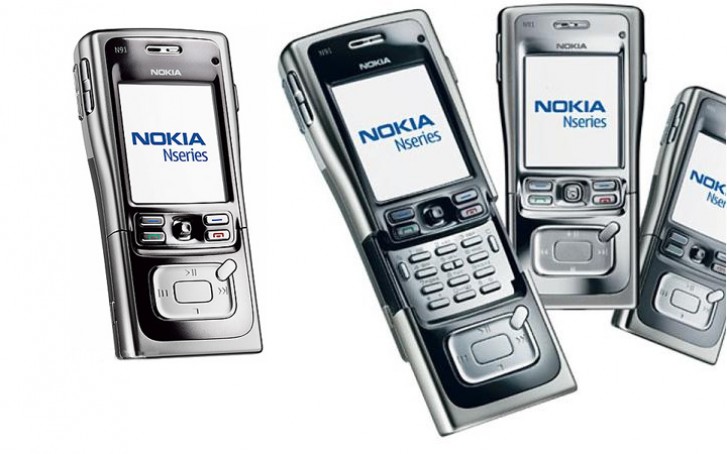 Nokia would unveil an 8GB version of the phone a few months after the 4GB model finally launched. Besides the bigger HDD, the new version also supported the A2DP profile, allowing for stereo audio on Bluetooth headphones  a notable boost in wireless audio quality.

Still, audiophiles preferred wired headphones. The N91 packed a Toshiba DAC and a Harman Kardon amp and caused a heated debate about whether it offered better audio quality than the iPod and Sonys Walkman phones.

As for the phone itself, it ran Symbian S60 3rd edition (it was the first to run Symbian v9.1). It featured a 2.1 screen with 175 x 208px resolution, pretty good for the day. The stainless steel body housed the HDD microdrive and a 900mAh battery, which promised 13 hours of music playback. There was also a 2MP camera, but photography and video were more of an N90 thing.

Despite its legendary audio quality, the Nokia N91 never got a true successor  the Finns bailed on the microdrives and went with flash storage for the N95. The front slider with music controls was dropped too, though the N95 had a dual slider that did feature music keys. Which reminds us, we really should do a Flashback for the Nokia N95.

How to see each other again at the end of the year on computers, phones