You saw the Xperia Compact renders, now check out the big guns – @OnLeaks published images showing what the Sony Xperia 1 III will look like. And, for the most part, it will look the same as the Mark II.

The most interesting change is on the back, a periscope lens will be added to the setup. It’s still a triple camera system, though, so perhaps the main sensor will go above 12MP to fill in the mid-range zoom gap.

The cameras will feature ZEISS-branded lenses with T* coating and the 3D ToF sensor will stay for another year. Unfortunately, further specifics about the camera are not available at the moment.

As for the rest of the phone, Sony is sticking with the classic design. The 6.5” OLED display will be flat and will have a cinematic 21:9 aspect ratio. And 4K resolution, of course, that’s a staple of the 1-series. Rumor has it that Sony will bump up the brightness by 15%.

The top and bottom bezels around the screen will house front-firing stereo speakers. The Xperia 1 III will also have a 3.5mm headphone jack and a microSD slot – a combination very few 2021 flagships will offer. 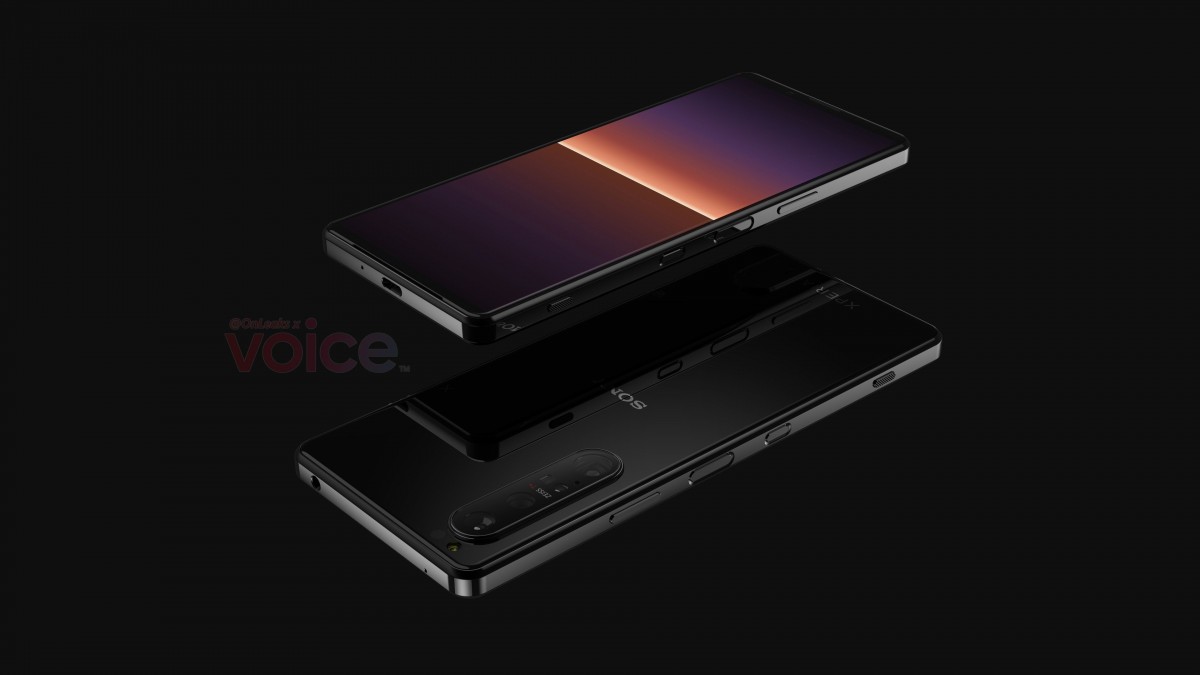 Sony doesn’t seem to be a fan of in-display fingerprint readers, so yet again the reader will be built into the power button on the side. Speaking of buttons, the Mark III will borrow one from the Xperia Pro – the shortcut key.

The phone will have a metal frame with squared off sides. This angular design looks practically alien in the age of curved displays with rounded corners and funky camera bumps. Anyway, the back will be made of glass.