Enjoy movies all day with the 6,000 mAh battery on the Realme Narzo 30a

Our Narzo 30a will be equipped with a battery with a massive capacity of up to 6,000 mAh. With this battery is enough for us to comfortably use the machine with basic tasks such as surfing Facebook, watching movies, … all day without worrying about plugging in and charging. 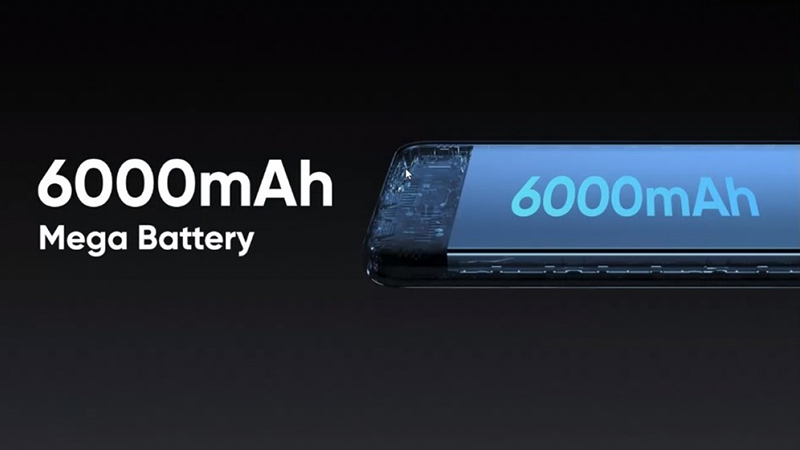 The Realme Narzo 30a has a massive 6,000 mAh battery for all-day comfort. Source: Droid.news.

In addition, Narzo 30a is also favorably equipped with 18W fast charger, to shorten the charging time for a large 6,000 mAh battery. Thereby helping us quickly return to work, as well as return to the unfinished game.

It can be said that the configuration is not its strong point, the Narzo 30a is equipped with a Helio G85 chip from MediaTek. Comes with that, the machine will have two versions for you to choose from depending on your needs, including: 3 GB RAM + 32 GB internal memory and 4 GB RAM + 64 GB internal memory. 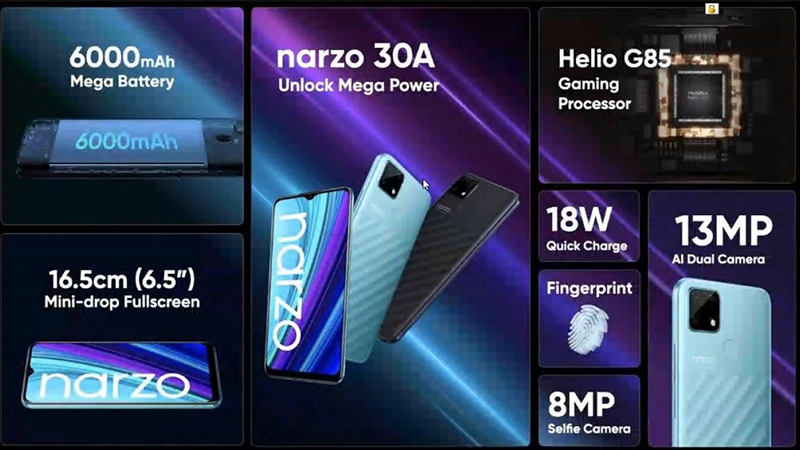 Although the chip equipped on the machine is not too powerful, but rest assured, the machine will still respond well to all your daily tasks smoothly. As for the ability to play the game, I think the device will still be able to fight well for the current titles, but with only average graphics settings.

Currently, when choosing a smartphone, the first thing that people always care about is the large screen to plow movies, play games, work, … Realme is also very psychological when equipping Narzo. 30a a large 6.5 inch screen size. This is a size just enough to hold comfortably, for spacious display, to view more content. 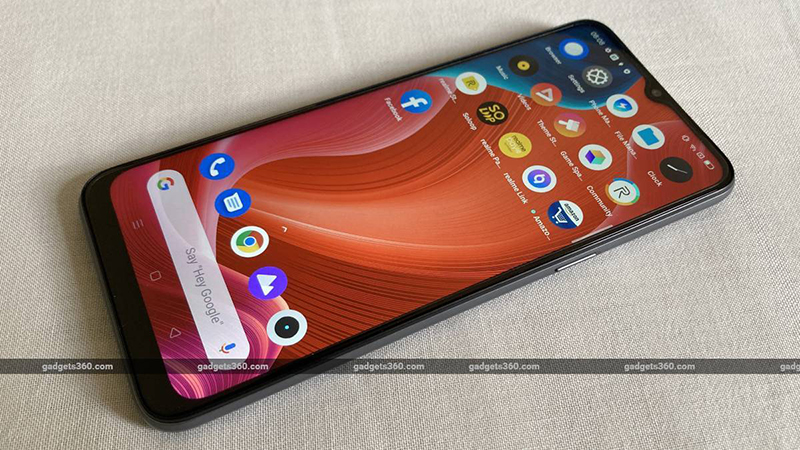 The front of the Realme Narzo 30a has a waterdrop design for a spacious display space. Source: Gadgets360.com.

Comes with it is the machine with HD + resolution along with an IPS panel for display quality, although not too brilliant, the black is not too deep and too detailed, but still gives us true colors, wide viewing angles and High brightness is suitable for playing games, watching movies.

On the front, the Narzo 30a is equipped with a water drop screen to accommodate the 8 MP selfie camera, which gives the machine more display space and much more aesthetics. It can be said that this design is already hot, but with a cheap machine like the Narzo 30a, I think that’s fine. 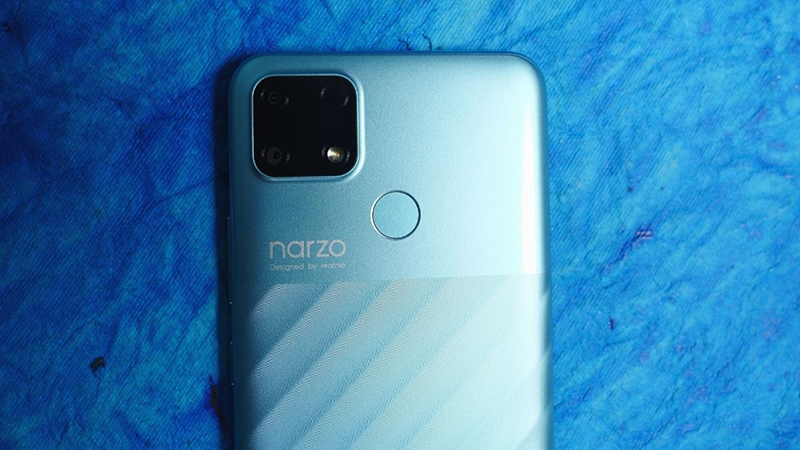 The back of Realme Narzo 30a stands out with a square camera cluster. Source: Phoneradar.com.

The back of the device will have a square camera cluster including a 13 MP main camera and a 2 MP depth camera. Below the camera cluster are respectively a fingerprint sensor and Narzo inscription. Regarding the quality of photography and video recording, we still have to wait for the camera to be brought back to Vietnam to experience. But as I think, with such parameters, we should not expect too much.

As you all know, the machines from the Indian market will have a very cheap price and come with a stable performance. The Narzo 30a has been launched and will go on sale in India on March 5 with prices starting from Rs 8,999 (about 2.9 million) for 3 GB RAM + 32 GB internal storage. 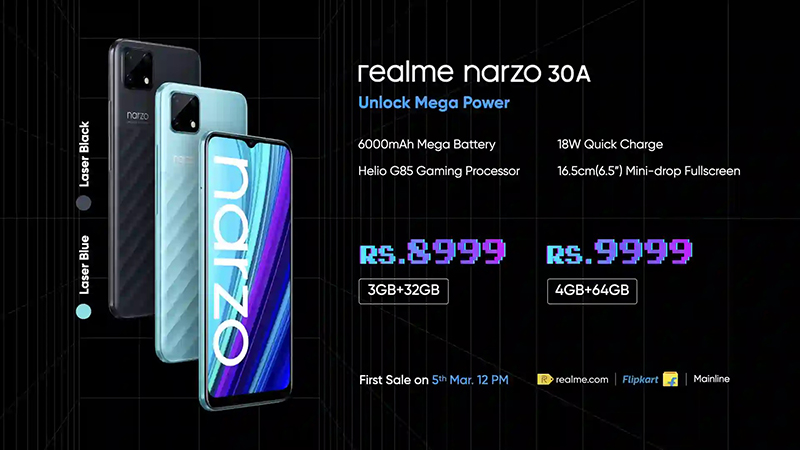 Realme Narzo 30a has a cheap price compared to what the machine is equipped with. Source: Twitter.com.

This is a very cheap price compared to what Realme equips the Narzo 30a. But usually, when such machines are returned or sold in the Vietnamese market, the price will fluctuate a bit. However, with the price difference not too much, the Narzo 30a is a suitable phone to buy for friends and the elderly.

Personally, Realme is doing very well when launching a cheap version with this simple configuration. And believe that when experiencing the product, you feel satisfied when spending less than 3 million to bring ‘her’ home.

What do you think about the Realme Narzo 30a? Please leave your comments in the comments. 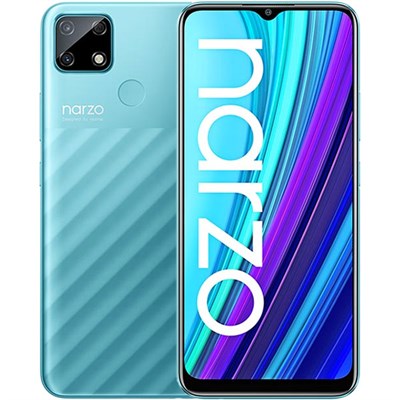