Countless companies have used machine learning to solve specific problems, and have landed in various industries: there are landing face recognition, landing voice recognition and translation, landing advertisement recommendation, landing finance and insurance, landing automatic driving, and There are real estate lines to improve production efficiency. Although the founders of AI, Marvin Minsky and others, in 2004 urged everyone not to pay too much attention to AI solving specific problems such as playing chess, driving, translation, etc., but to pay more attention to AI thinking and acting like humans, but they still don’t. Hinder the efforts of various industries to solve specific problems.

Deep learning framework is the most important and core infrastructure software after Hadoop and Spark. First-class technology is a company that focuses on the development of a new generation of deep learning framework. Founder Yuan Jinhui stated to reporters at 36氪 that he decided to start a business To be open source, but the latecomers must have a blockbuster strength to succeed in open source. Common sense believes that it is difficult to develop a general deep learning framework as a startup company to compete with major manufacturers, but the competition on this track is ultimately a product quality competition. Such products win out of competition in the final analysis by innovation ability, and innovation ability is not seen in startups. It is weaker than the giants. The first-class goal is to create an advanced deep learning framework that is popular with users in the world and reduce the cost and difficulty of enterprises using artificial intelligence technology. After AI, it will be used as infrastructure software. Each enterprise has its own application and evolution. Open source is difficult to be widely used.

After four years of development of first-class technology, the R&D team has expanded from 3 to 40, and completed the world’s rare deep learning framework-OneFlow that can support ultra-large-scale deep learning model training, and the AI ​​open platform for users-OneBrain . Yuan Jinhui said that OneFlow and OneBrain are universal and can solve most of the problems encountered in various industries, not just solving specific problems. First-class technology deep learning products have completely independent intellectual property rights, have obtained more than ten invention patents, and have four core technologies of automatic data model hybrid parallelism, static scheduling, decentralization and full-link asynchronous streaming execution, which solves the problem of heterogeneous The big data, big model, and big computing challenges faced by training large-scale deep learning models on distributed clusters. In the “First Round of Open Source Deep Learning Software Framework Test Report” released by the China Academy of Information and Communications Technology in May 2020, the OneFlow framework significantly leads foreign products in performance indicators under the same algorithm and hardware conditions. 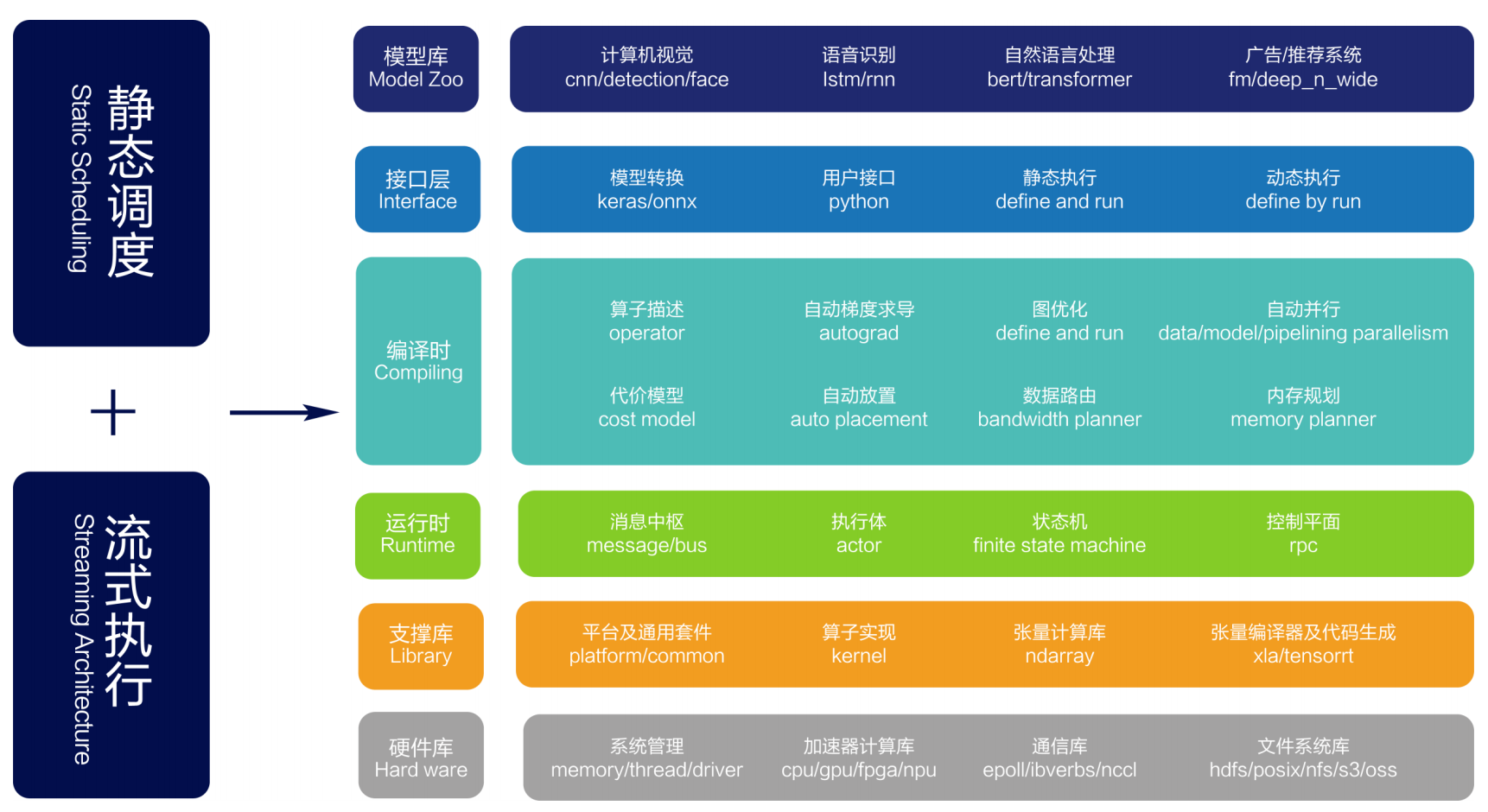 The training and application of super-large-scale neural network models is a new direction driven by Google and OpenAI around 2019. Although the previous neural network has a lot of data, the model is small, the number of layers and the edges are small, with only tens of millions or billions of parameters. In 2019, Google began to develop large models, with billions and hundreds of billions of model parameters. The benefits of a large model are simply: make a large model first, and then train. The same amount of data can get better results than a small model. In many scenarios, small model training cannot get the accuracy of the large model. After training, the large model can be redundant. The parameters are removed to reduce the model, and finally deployed and used. Large models exceed common convolutional neural network methods in many application scenarios, such as non-visual applications such as NLP, applications with large parameters such as face recognition, and advertising recommendation industries. At present, first-class technology customers include Zhijiang Laboratory, Beijing Zhiyuan Artificial Intelligence Research Institute, Zhongguancun Intelligent Application Research Institute, Chinese Academy of Sciences Institute of Automation, Sogou, Shenxue and other enterprises. It is reported that first-class technology will start exploring business models similar to the verified public cloud services of Snowflake and Databricks in 2021.

Yuan Jinhui stated to reporter 36氪 that the main requirements of users for the open source deep learning framework are as follows: 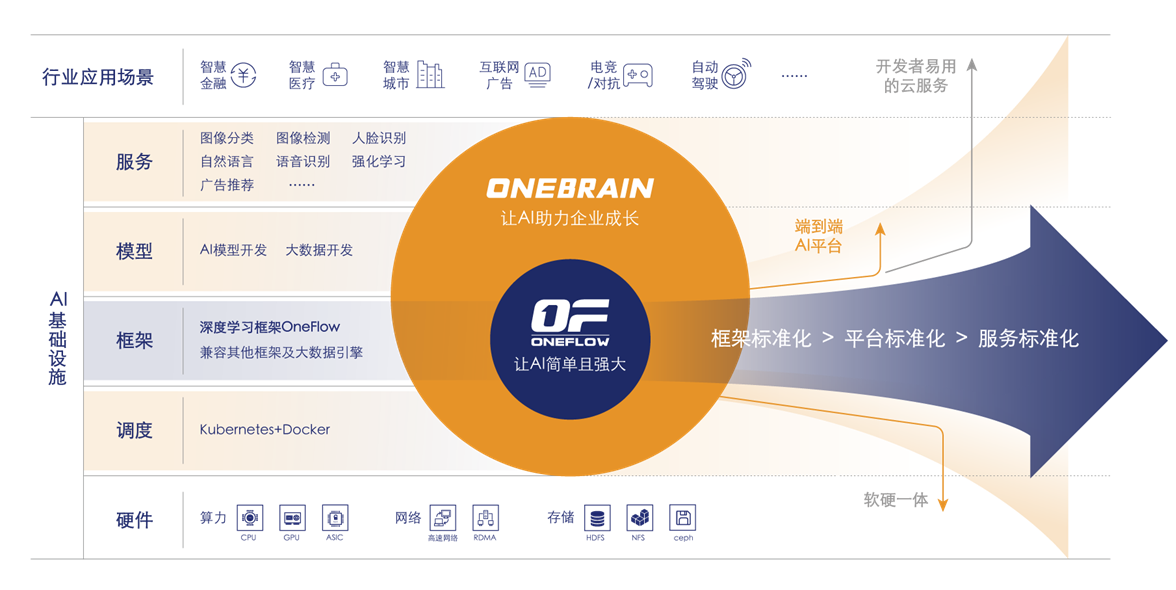 Artificial Intelligence has developed rapidly around the world in recent years, from perception to learning, but what characteristics can be counted as AI? The authoritative explanation in Stuart J. Russell “Artificial Intelligence A Modern Approach” is divided into four Directions:Think like a human, act like a human, think purely, act purely. In these four directions, different scholars and entrepreneurs are exploring in different ways, and more and more subjects are involved, not just pure mathematics and computer engineering:

According to public information, the 36氪 reporter has slightly classified the following stages of machine learning in various industries. If there are omissions or errors, please contact the 36氪 reporter: