Mozilla delivers for testing a great new feature, a native translator, to Firefox Nightly, abandoning Google Translate altogether. Regardless, it follows slowly and always, with new features that make a difference with other browsers. The novelty can already be discovered and, the best, proved in Nightly, the proprietary browser of the company of the little fox, which is actually a red panda, Fox – desktop, Android and iOS. See how to test the new proprietary translation system for the future generation of the stable browser later in the article. 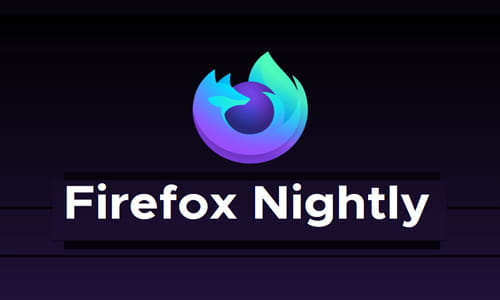 What is the Mozilla Test Platform

It’s a page where developers test out new features for the browser. Through various applications, you can test the news for Firefox desktop and mobile for Android and iOS systems. They are released to interested users in various forms – Firefox Beta (pre-release) and nightly (next generation version) the two to desktop, Android Nightly + version Beta and finally, iOS TestFlight. The platform can be accessed by clicking on the Mozilla Testing Platform link. Download the desired version among those mentioned above or, if you are a developer, download the version Developer Edition by the same page.

The translation system embedded by Mozilla in your browser is able to translate entire pages without relying on third-party extensions – the translation uses the internal proprietary server. Until now, the most used translator extensions in Firefox are Google’s translation engine and Yandex. Firefox Translations is, therefore, a very practical resource that, in addition to enhancing user privacy protection, optimizes productivity. Not to mention that, the initiative of the developers of the feature, raises Firefox to a level of direct competitor to Google – from equal to equal!

As the functionality is still in the testing stage, users who already want to use it should download Firefox Nightly, the trial version of future generation,not to be confused with the Beta version is already ‘almost’ ready to be released as a stable version.

After installing Nightly, you need to login to use it. The identification can be with your usual Firefox account or created for Nightly. That’s how you’ll have access to all the resources, under test, of the browser, including the translation system, which is expected to be native. 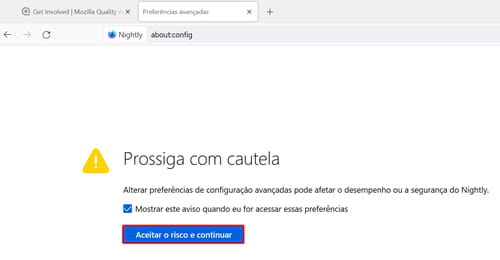 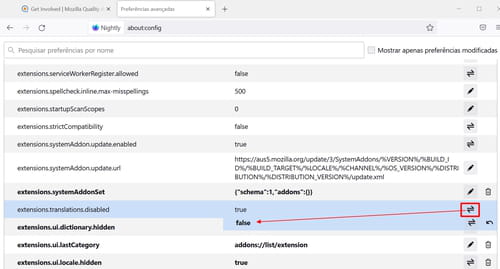 If by chance you don’t get the button (image above) at the top of the page, enable it from the menu of three horizontal lines > Extensions and Themes > Firefox Translations. slide the button, on the right, which should turn blue.

Remember that you can send feedback to the platform, reporting bugs and suggesting improvements to the tested features, which will be widely available in the stable version, when tested and approved by the Mozilla developer team.

Other versions of Firefox Beta and Nightly

All unstable versions of Mozilla’s browser – desktop and mobile, can be obtained from the official Mozilla page dedicated to test browsers.