Fire at a vaccine production facility in India: 5 people died 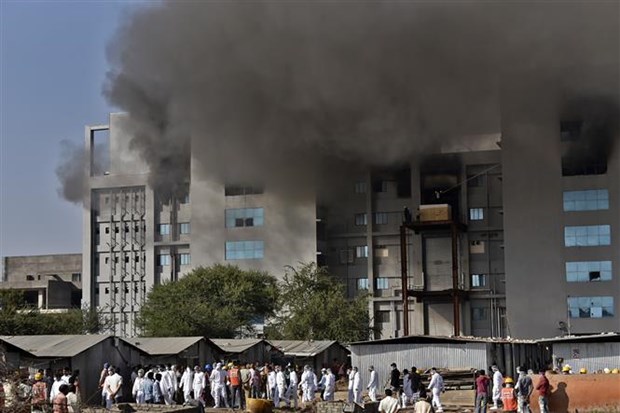 Mayor of Pune city (West India), Mr. Murlidhar Mohol reported that at least 5 people were killed in the fire at the Serum Institute, vaccine manufacturing facility the world’s largest, located in western India on January 21.

The media also reported that search and rescue staff discovered 5 bodies in the building under construction after the functional forces controlled the fire here.

However, the Serum Institute confirmed that the fire did not affect the facility’s production of the COVID-19 acute respiratory infections vaccine.

On Twitter, the company’s CEO, Adar Poonawalla expressed his deep condolences to the families of the victims, but did not provide further details on the incident.

Serum Institute is producing millions of doses of vaccine COVID-19, jointly prepared by the pharmaceutical company AstraZeneca and the University of Oxford in the UK.