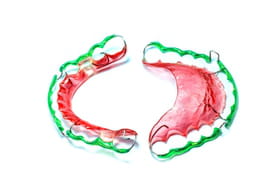 Tighten your teeth with the help of a rubber band. This is the newest idea for teenagers in the United States and Asia. However, fashion is unhealthy, which can lead to loss of teeth and infection of the gums. Unfortunately, this trend has already reached Brazil and must be fought by parents, teachers and dentists.

‘Do it yourself: align your teeth for free’, ‘like having teeth aligned without braces on braces’, ‘align your teeth yourself’. Recently, several video tutorials to align their teeth on their own flourished on the web. Although they seem absurd, they have achieved some success in the United States and Asia.

The authors of these videos – mostly teenagers – want to avoid orthodontic treatments. They then explain how to reduce the space between two teeth using an elastic band, which is usually applied by dentists to support the brackets of the normal orthodontic appliance. According to them, this elastic should be placed around the two teeth that you want to tighten.

But if this practice can have the desired effect, it can obviously also cause serious oral health problems, warns the French Federation of Orthodontics (FFO). This technique can cause tooth displacement in the reverse direction, as well as a gum infection. “Worse still, there is a risk of the elastic going backwards, penetrating the gums and, thus, leading to the loss of teeth, since these are no longer but held by the bones”, points out a statement from the FFO.

Orthodontic treatments represent less affluent families for substantial cost, which is not reimbursed by health plans. Adolescents are therefore tempted to try this technique presented as “quick and cheap”.

However, Dr. Jean-Baptiste Kerbrat, a dentist at La Pitié-Salpêtrière hospital in France and a member of the FFO, says that “the financial aspect does not seem to be the only motivation for young people, who are also looking to follow a new fashion “, as shown by a recent case that occurred in France.

A 12-year-old boy lost two teeth after surrounding them with a rubber band to try to close the gap between the two. “If, on the one hand, as a parent you have to be vigilant, on the other there is still little reason to worry. In fact, this type of behavior is still rare outside these countries, but it costs nothing to be attentive,” he warned. the doctor.