Nintendo PlayStation, an ultra rare gaming console that Nintendo has partnered with Sony, will hit the auction floor in February 2020.

According to the KotakuTerry Diebold, owner of the device, said many people asked to buy it for millions of dollars but he refused.

Known as "Play Station", this is a product produced by Nintendo in cooperation with Sony. It has the ability to play Super Famicom games, and can play games with CD-ROM.

Conflicts between Sony and Nintendo caused the project to be canceled in 1991. Sony continued to develop the model on its own to launch the first PlayStation in 1994.

In 2009, Diebold bought an extremely rare prototype of the device from a former Sony executive for auction. In 2015, his son Diebold found the machine in an attic that made game collectors stir. Since then, Diebold's father and son have been on display at various game shows around the world. 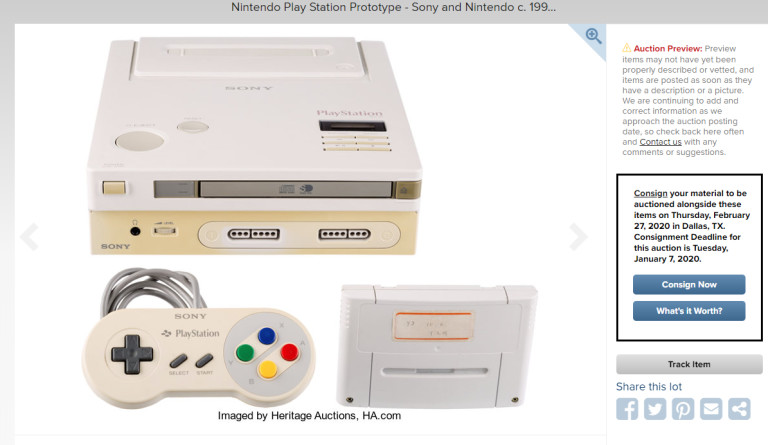 Spending a lot of money on exhibitions, maybe this is the right time for Diebold to "regain capital" by selling it.

The auction will be hosted by Heritage Auctions, the world's largest antique auction website. Since January of this year, a series of games collected by this website have been successfully auctioned for a huge amount. The first sealed version of Super Mario Bros. sold for nearly $ 150,000. Last October, a customer paid nearly $ 1.5 million to buy 40 collectibles game boxes.

Most likely the amount of money to own this gaming machine will not be less than $ 1 million. According to Diebold, after deducting taxes, dividing half for his son and repaying his debt, the extra money he kept after selling the device was almost zero.

The Nintendo PlayStation auction will start on the Heritage Auctions website on February 27 and has no starting price.