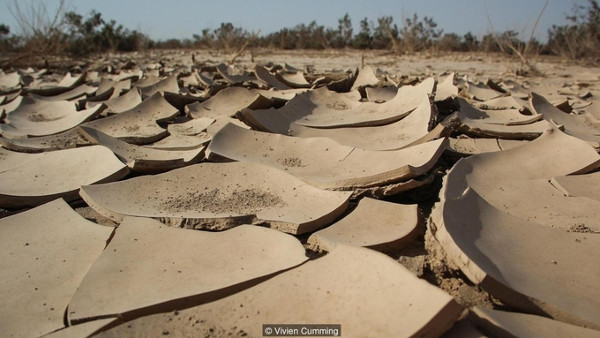 With temperatures ranging from 37 to 62 degrees Celsius, the sun is always harsh, causing the land here to crack into pieces. Anyone who passes through is dust clinging to the skin, lips, eyes, and mouth. 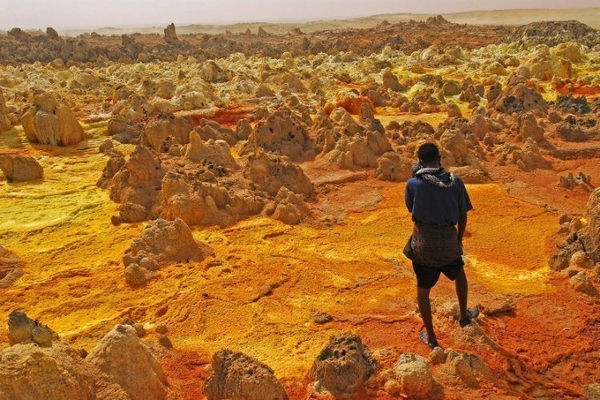 Rainfall in the year here is very low, only about 100 – 200 mm, so water is extremely scarce and valuable. 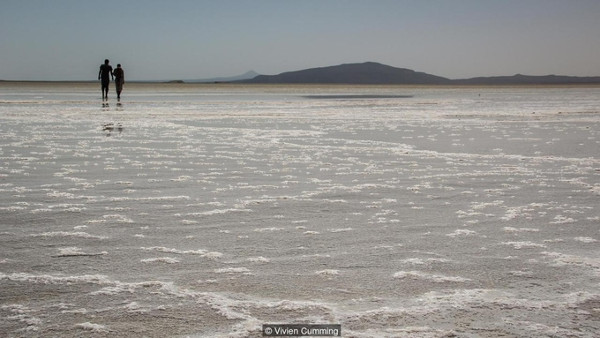 Danakil is also known to be one of the hottest, driest and lowest in the world (125 meters below sea level) inhabited. 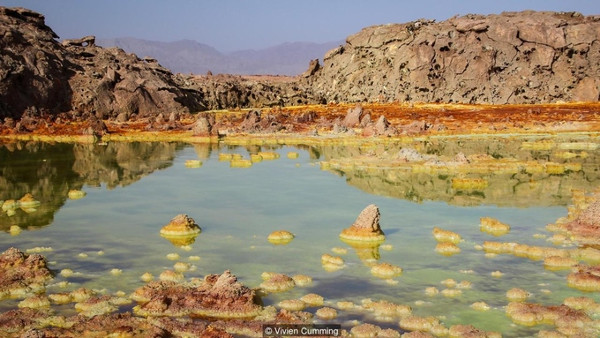 Besides, Danakil is also the convergence of volcanoes with lava erupting into lakes, hot springs with hot geysers, red rocks, sulfur ores and salt mines. 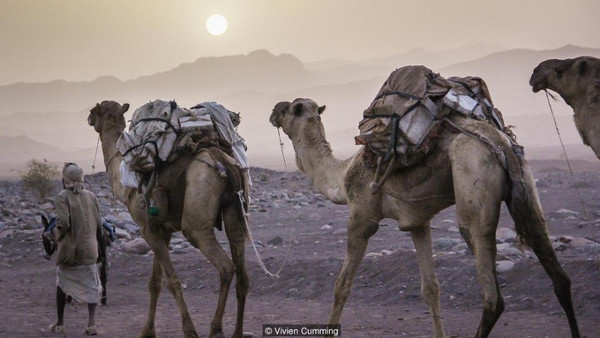 This harsh climate is the “home” of the Afar. People here rely on the mining and mineral salt trade. Salt is just as important to Africans as money. The Afar used traditional methods and tools such as hoes and ropes to exploit salt. They cut large chunks of salt and used camels to drive them to Mekele Market. This journey will last up to a week. Their food is only small bread and water. 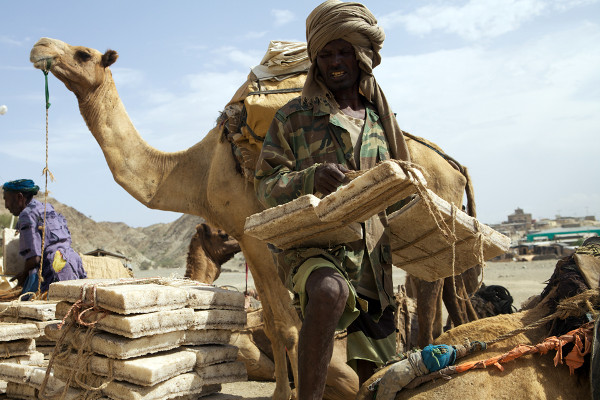 Here, mining salt is quite a dangerous job. High temperatures can be fatal to miners, sometimes earthquakes devour both people and camels.

The Afar salt extraction process in the harshest regions in the world. The Afars are nomads. They live in movable wooden huts. In addition to salt exploitation, they also raise cattle such as goats, donkeys, and small camels. 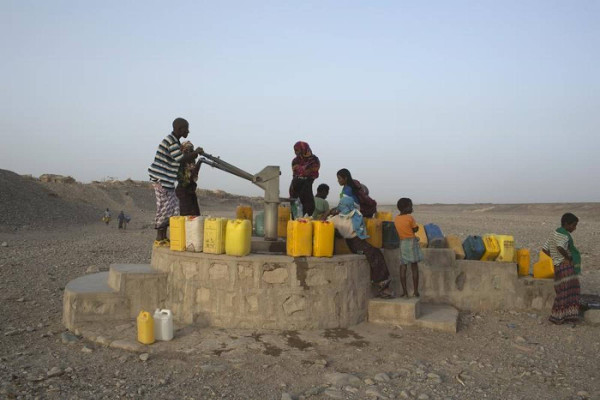 The Awash, one of the most unique rivers in the world, does not flow into the sea but flows straight from the Ethiopian plateau into the lakes in the basin. Much of people’s lives depend on this river, the narrow fertile belt around it where people can graze livestock.