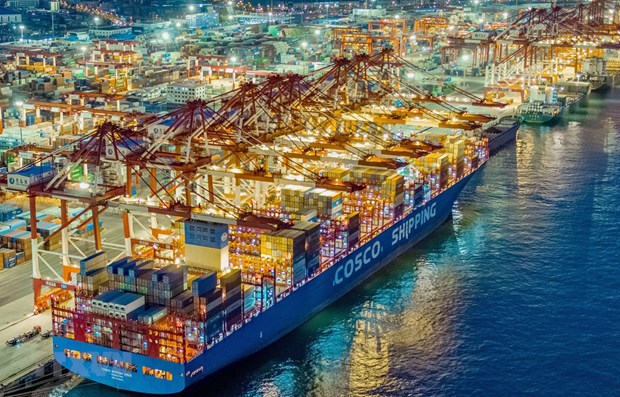 According to the chief economist in charge of the Asian region Goldman Sachs Andrew Tilton, economic growth China’s level may be moderate in the coming months amid the country facing risks on two fronts.

First, Chinese policymakers are quite satisfied with the recovery so far and are beginning to gradually withdraw economic stimulus measures, speaking on Streets Signs Asia, said expert Andrew Tilton. to a certain extent.

“If things go well, we could see some inflation risks,” he said.

China is expected to record positive data on gross domestic product in the first quarter of 2021. The world’s second largest economy has shown levels GDP growth strong in the fourth quarter of 2020, an increase of 6.5% compared to a year earlier and exceeding market forecasts, at the same time making China one of the few major economies in the world recording positive growth. during the year of the COVID-19 pandemic.

Explaining the Chinese policymakers’ move to gradually withdraw stimulus, Tilton said credit growth has slowed, fiscal deficit increased and recently, liquidity has been tightened to prevent what they consider to be excessive speculation in the market.

The second challenge to China’s growth rebound is the resurgence of domestic outbreaks.

China is currently struggling with one of the worst outbreaks since March 2020. Chinese authorities recently imposed new restrictions in an effort to prevent a series of outbreaks from occurring in and around Beijing.

Tilton expects the market to be in the “relatively happy middle of these two scenarios” over the next 6-9 months.

Regarding the regional growth, Mr. Tilton expressed confidence in the Asia’s trade resilience, which is reflected in the increase in global industrial activity.

According to him, the barter sector is less affected by the COVID-19 outbreaks, so the sector has recovered quite strongly.