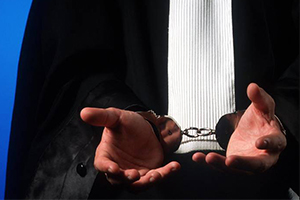 The former lawyer has been addicted to fentanyl for three years. One person even reportedly overdosed fentanyl in his apartment. In 2017, a police investigation was launched into Samir Ouati and two of his neighbors following allegations of drug trafficking in their building.

Samir Ouati was still practicing at the time for the firm Audet F. G. & Associés.

In May 2018, an undercover agent from the Montreal Police Service (SPVM) asked fentanyl from Samir Ouati’s neighbor, Frédéric Cloutier, who then obtained it from the ex-lawyer to resell it to the agent.

Two months later, the undercover agent purchased five “TEVA-Fentanyl” stamps directly from Samir Ouati for $ 360. The ex-lawyer called the agent the next day to collect one of the stamps: he thought he would be sick if he did not use it.

A day later, Samir Ouati consumed directly in front of the undercover officer and was arrested.

But the trafficker’s escapades did not stop there. Released in November 2018, Samir Ouati was arrested again less than a year later … for helping another undercover agent find a drug dealer in a “crack house”.

The trafficker’s lawyer, Me Nicholas St-Jacques, assured that his client had completed six months of closed therapy and that he was committed to another.

A judge defends herself once again before the Judicial Council

Arrested for murder Man accused of killing his wife