Evaluation of MSI GeForce GTX 1660 Gaming X: What is the reason for staying in 1060? – VnReview


Stronger, more beautiful, cheaper, MSI GeForce GTX 1660 Gaming X puts an end to those who are still attached to GTX 1060 – the name that has occupied the title of "national card" in gamers for a while. long.

The mid-range segment is always the "fat" piece that graphic card brands are comparing each other bit by bit to take over. After all, not everyone can afford to invest in these massive 2K, 4K gaming systems, but just play smoothly in Full HD resolution with high graphics settings and still be able to fully experience it. My favorite game. The GeForce GTX 1060 did very well for a long time, but those days have come to an end, with the introduction of GTX 1660 cards. 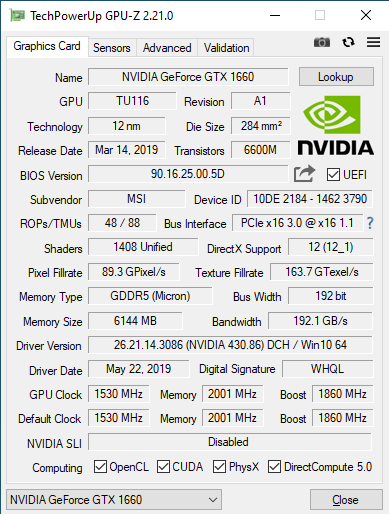 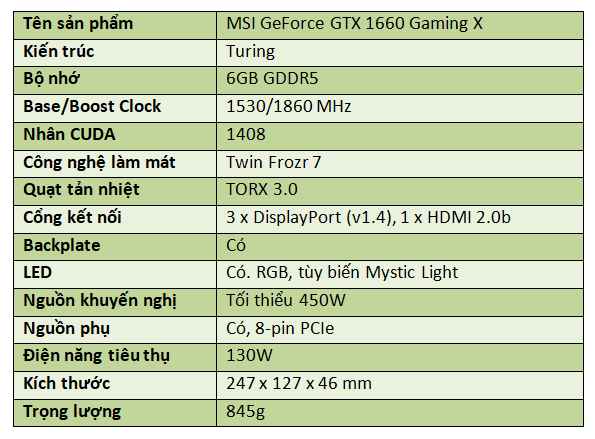 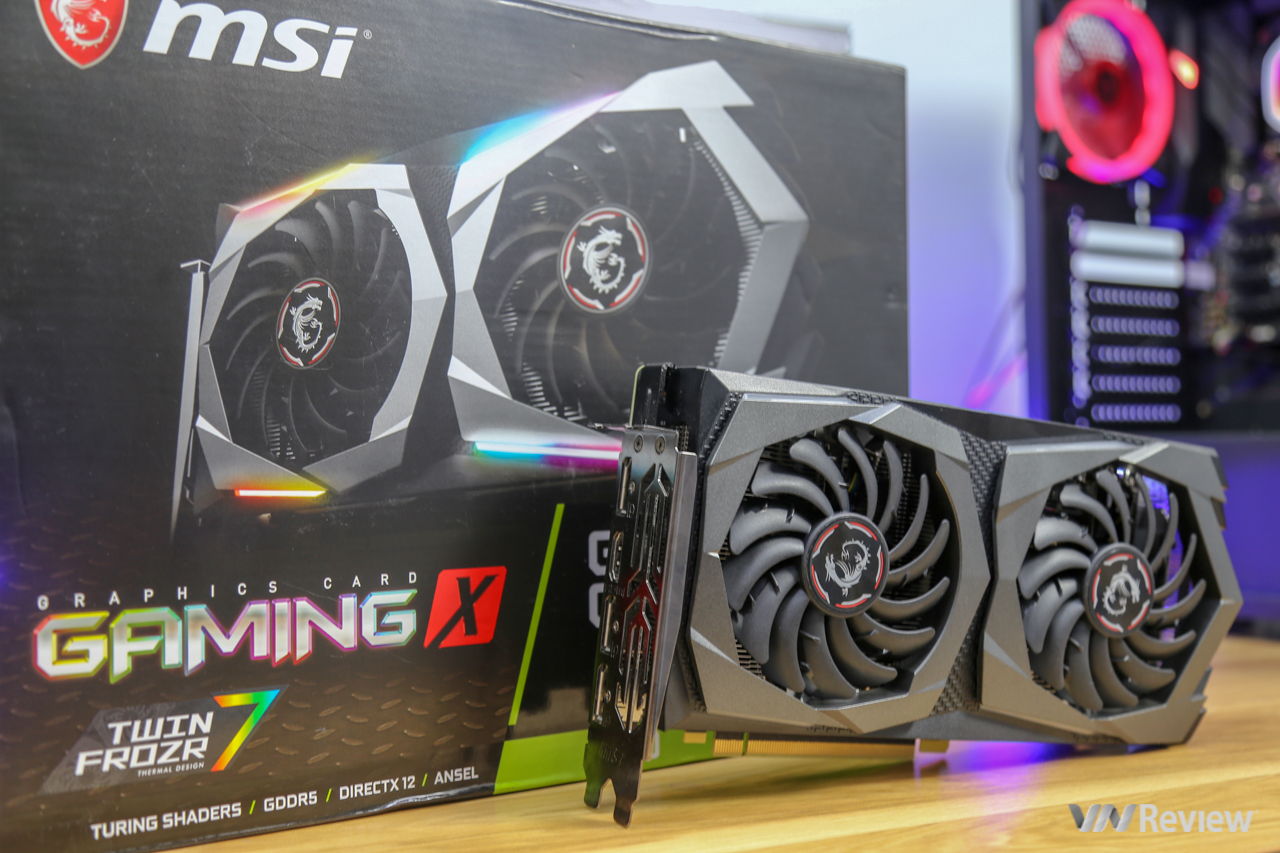 Boxed specifications of the GeForce GTX 1660 Gaming X are almost no different from other MSI graphics cards. On the front we have product images, along with some information such as product name and outstanding technology. It should be noted that the GTX 1660 series does not have RT and Tensor cores like RTX flagships, so this card will not have new technologies such as real-time Ray Tracing and DLSS (Deep Learning Super Sampling). 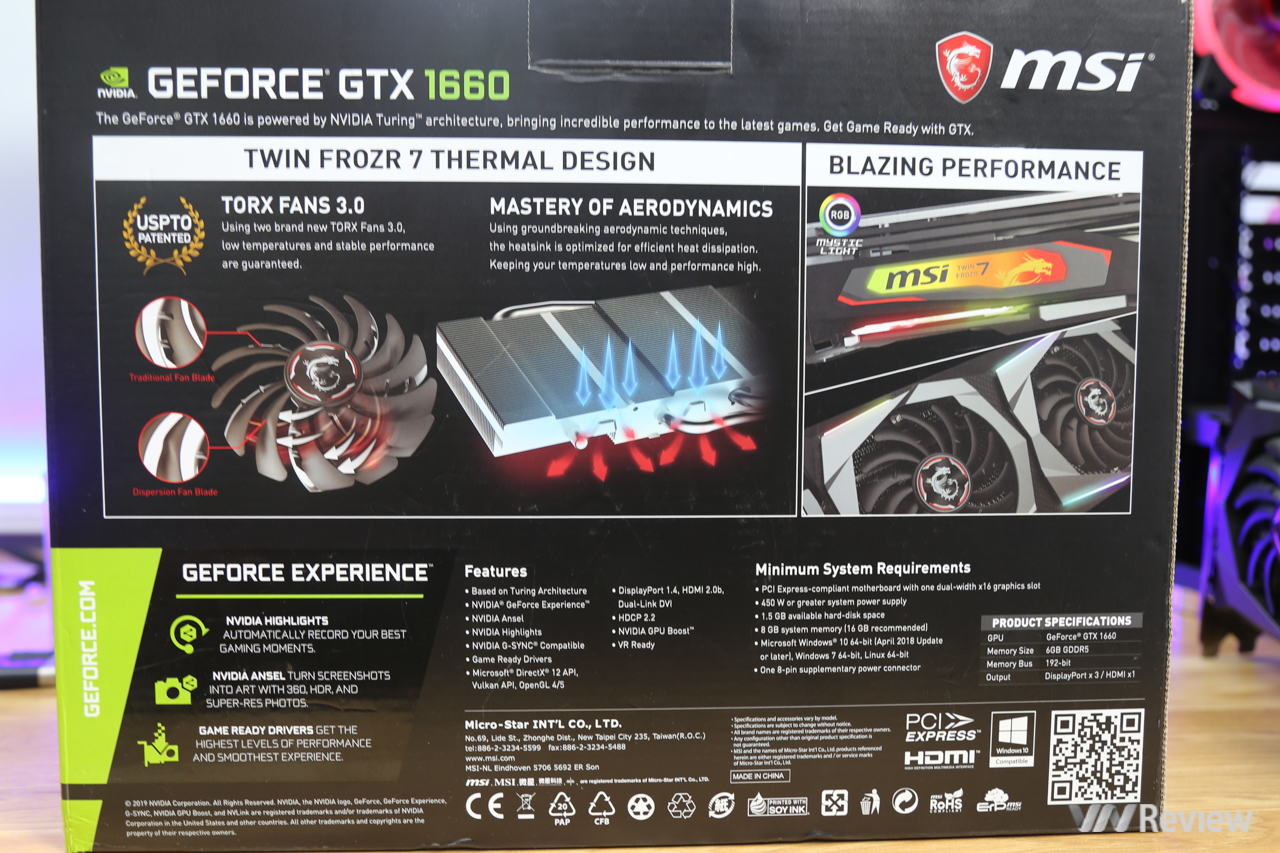 On the back of the box is more detailed information about heat dissipation technology on the GeForce GTX 1660 Gaming X, as well as minimal configuration. The most important thing for users to consider is that this card requires a minimum power supply of 450W. 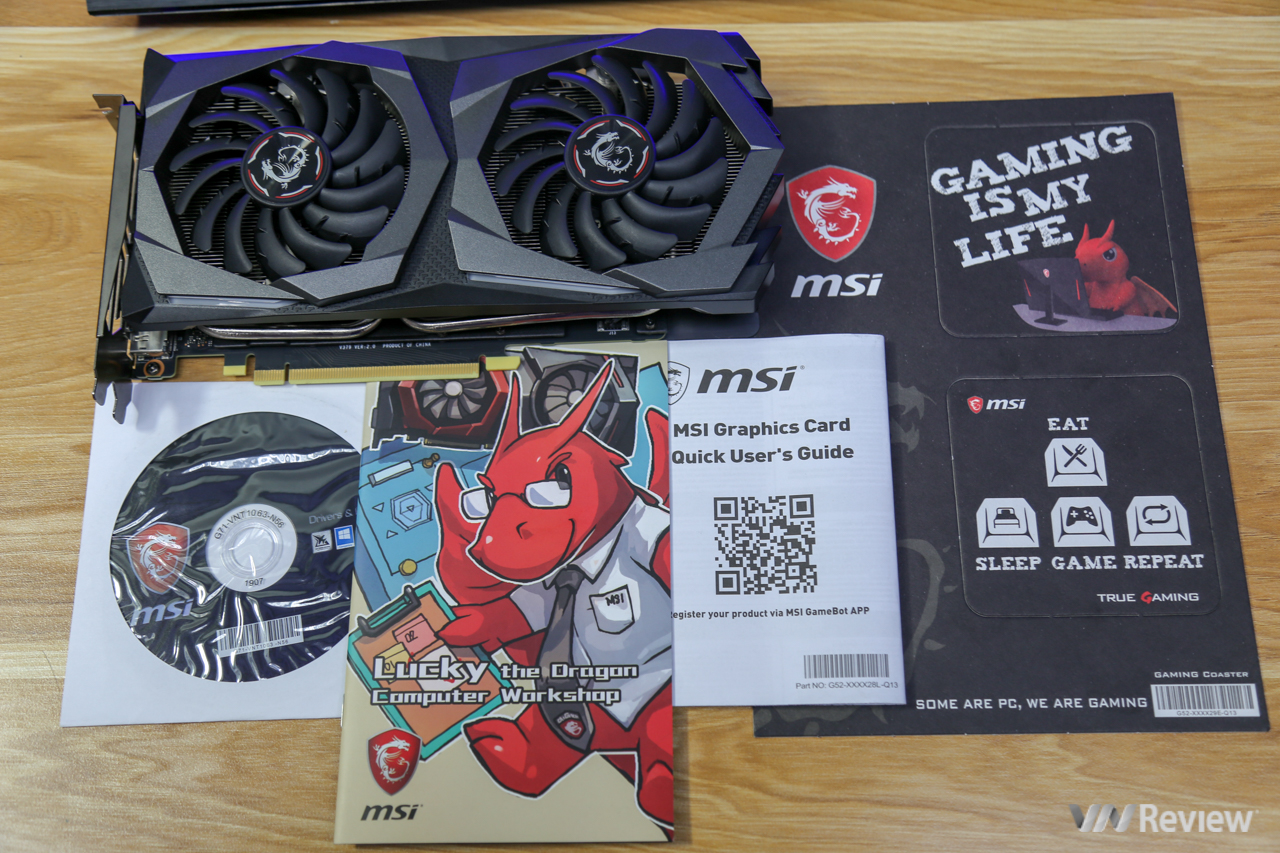 Inside the box, in addition to our main character, there are a number of accessories such as manuals, driver installation discs and editing software, a cardboard MSI plate, a Lucky the Dragon comic book. 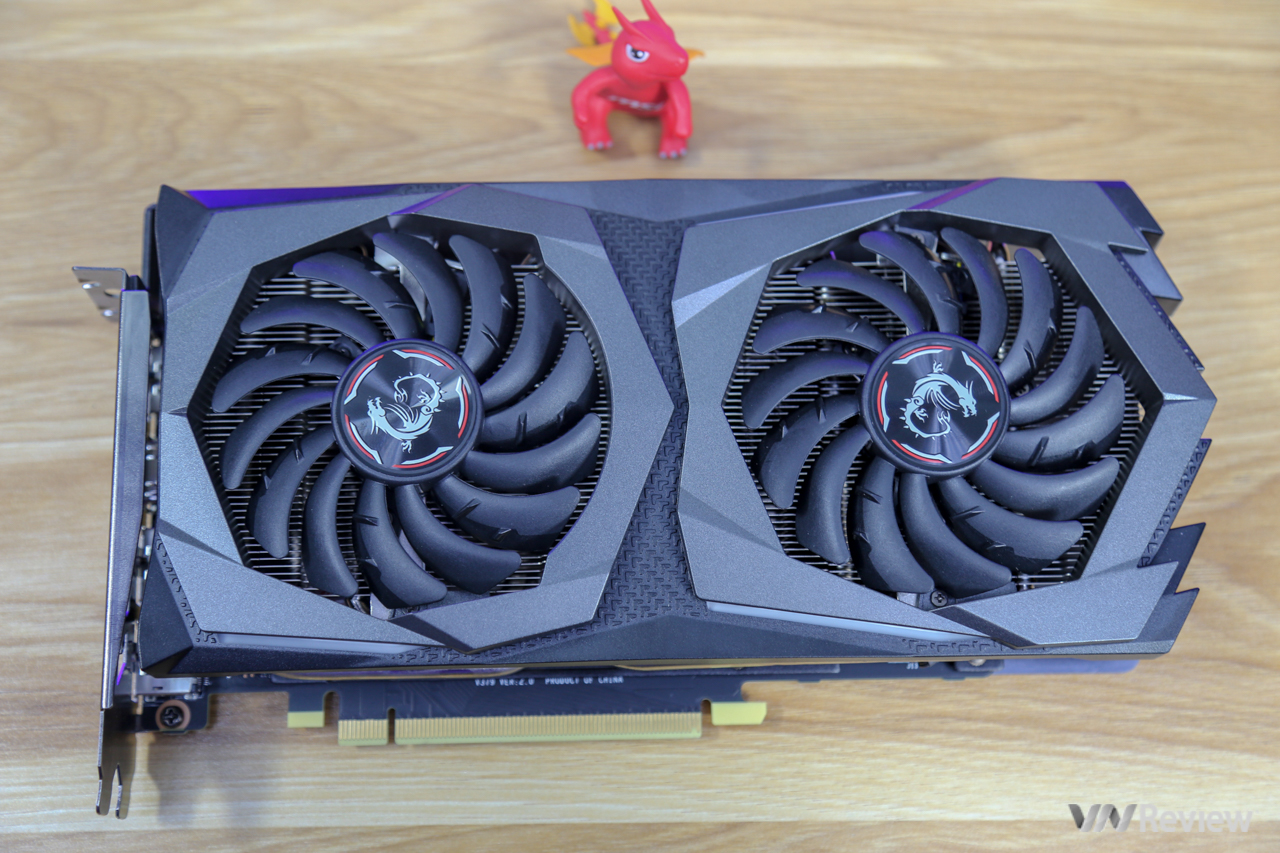 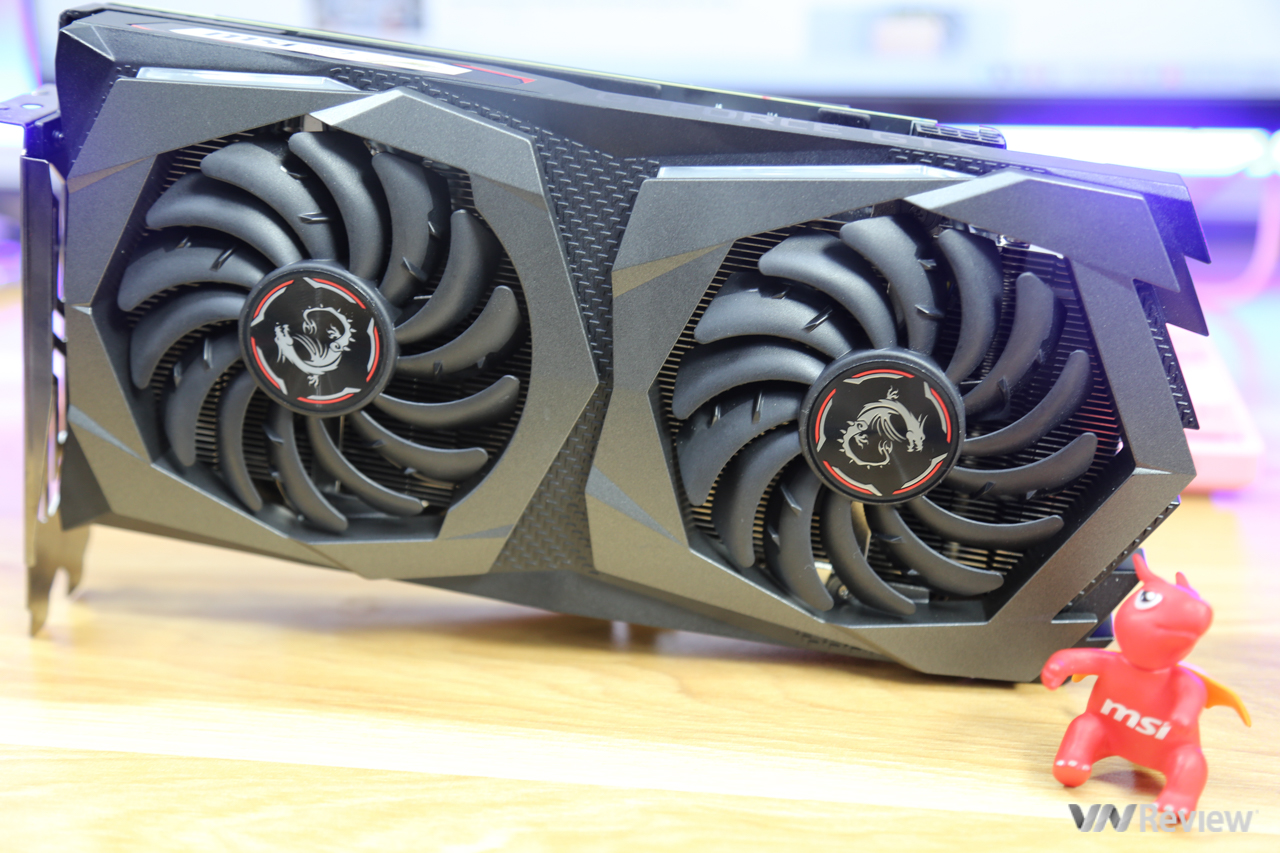 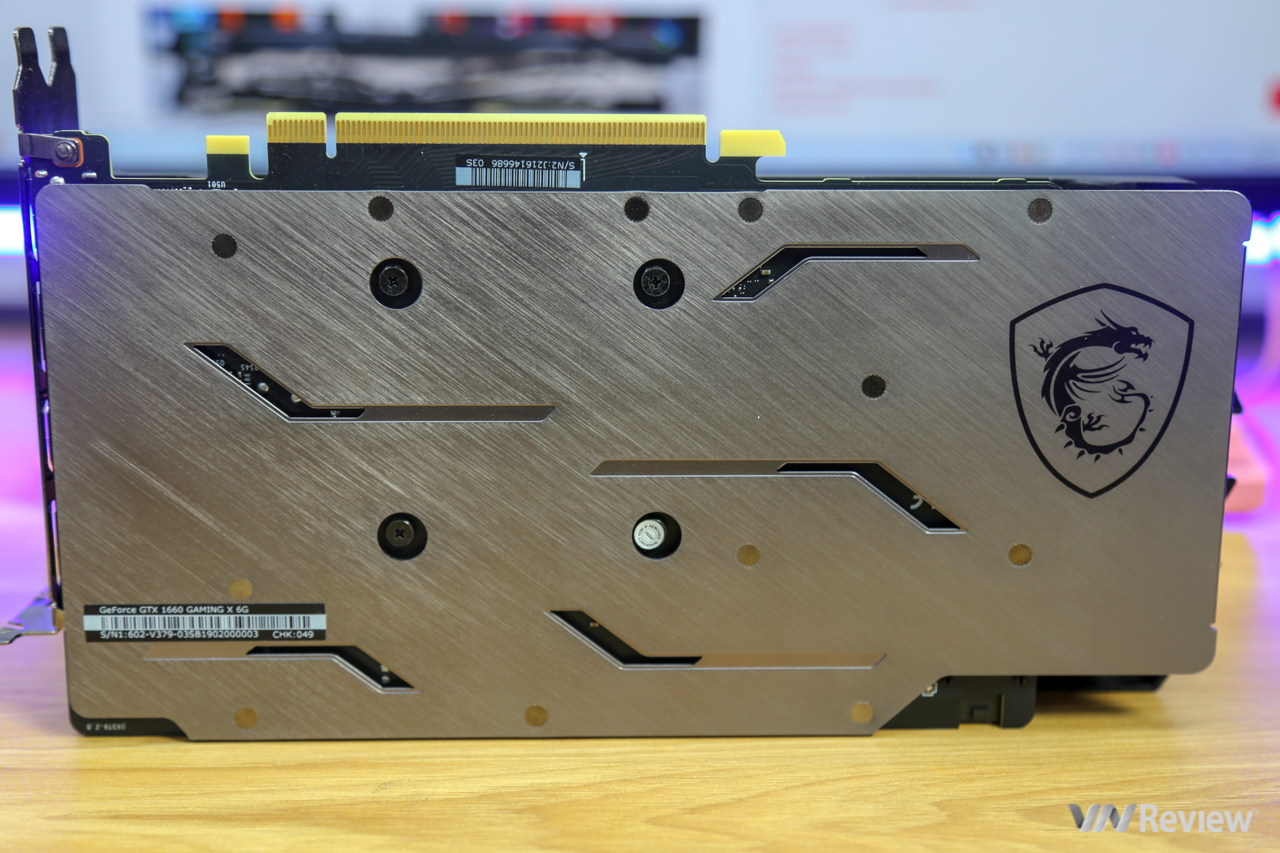 GeForce GTX 1660 Gaming X is equipped with a gray scratched aluminum backplate with MSI's dragon logo that looks quite cool. According to the writer, this backplate plate is only to protect the back for card and decoration is the main, there is not much effect on heat dissipation ability. 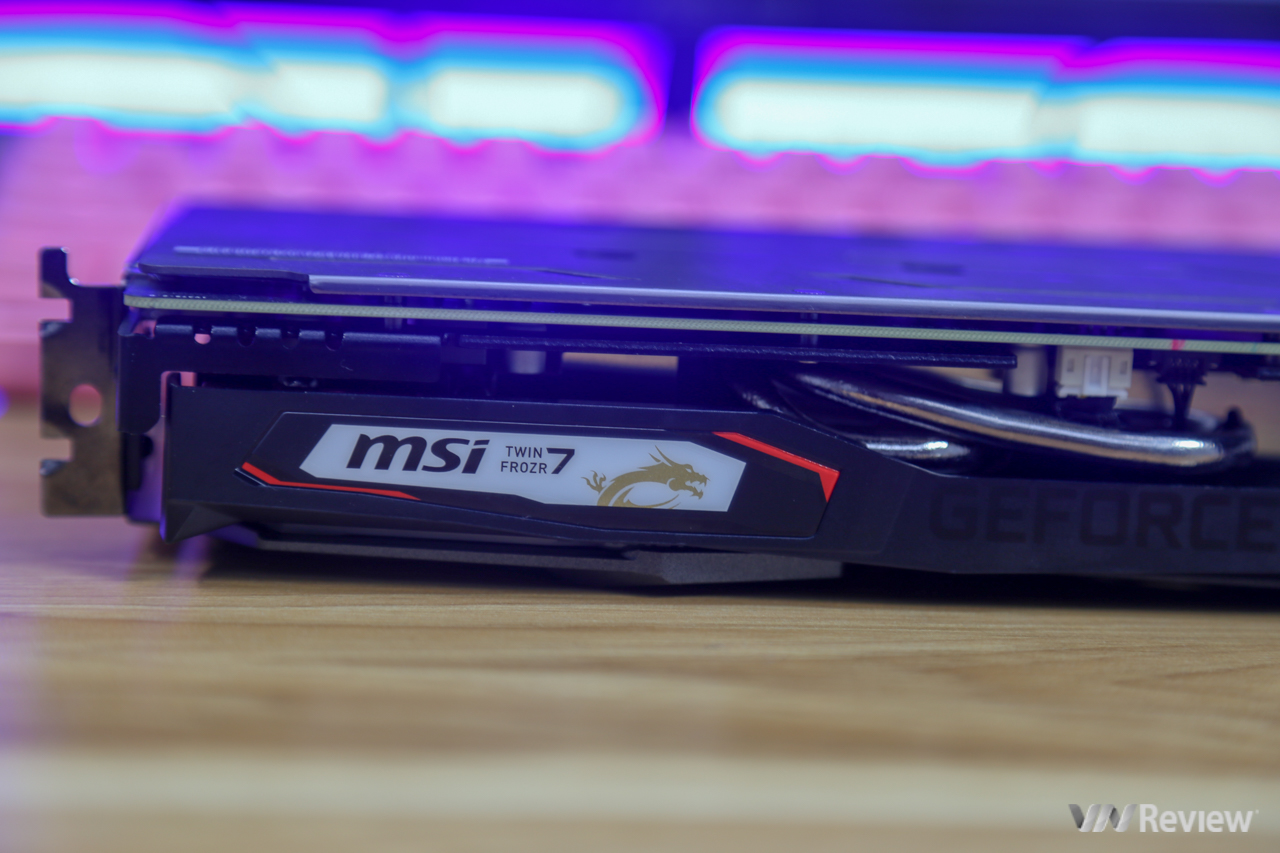 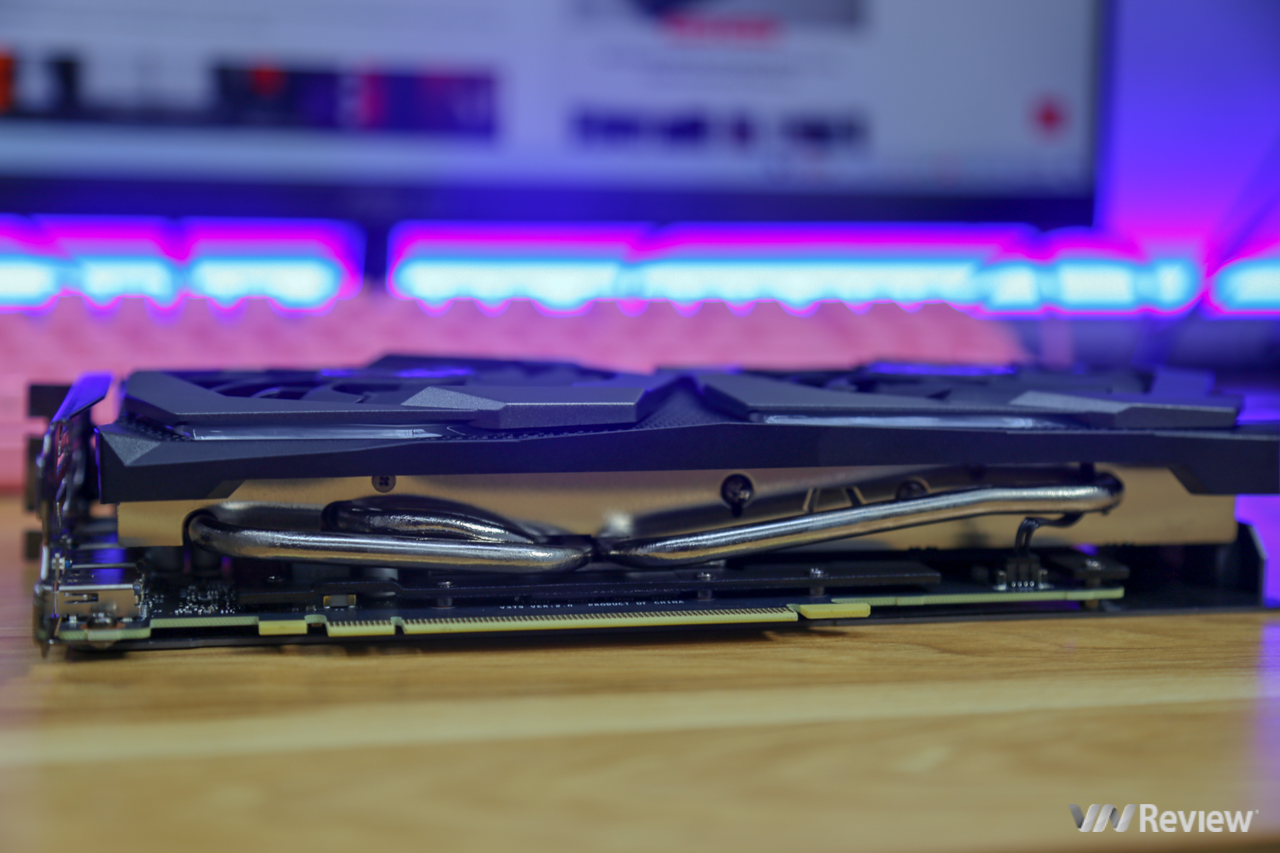 Flip below and we have a very "big lean" radiator. 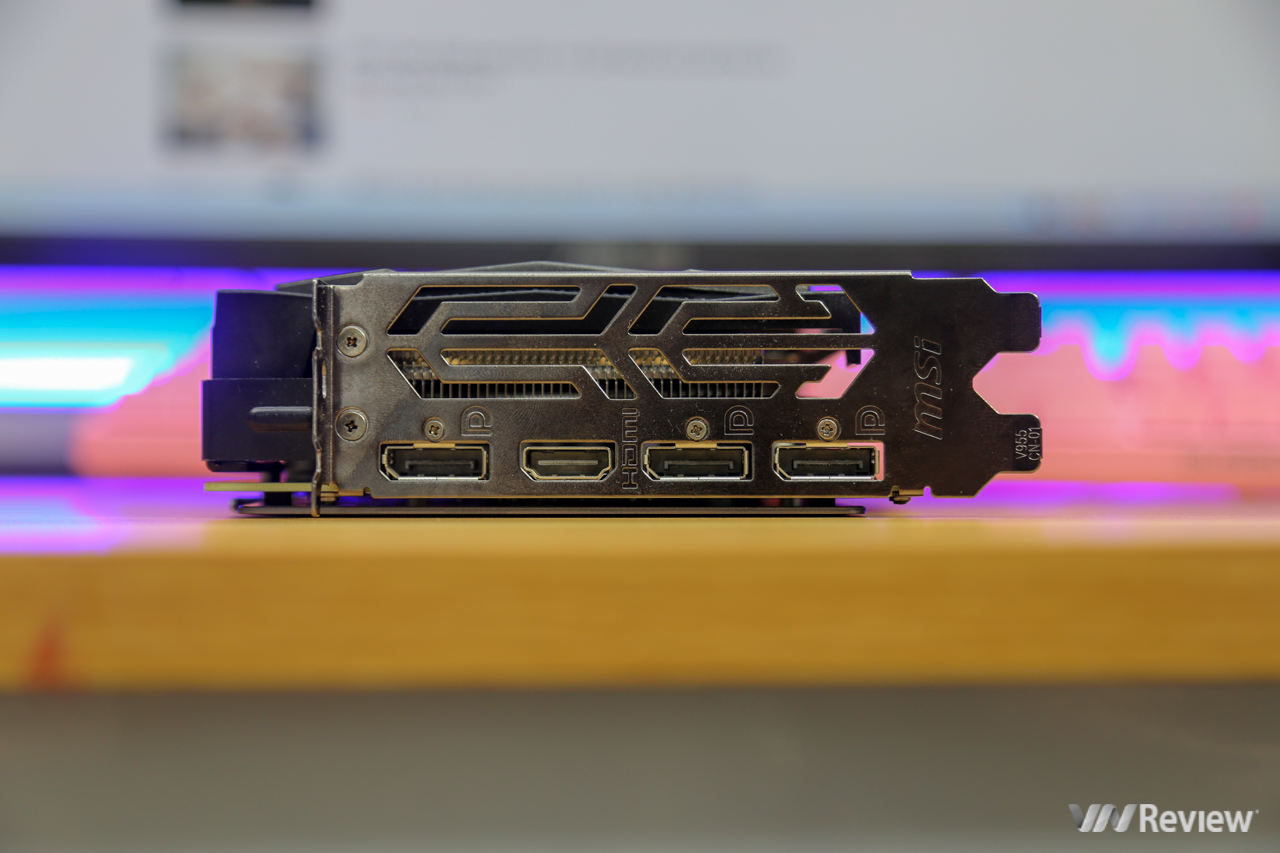 Regarding the connector, the GeForce GTX 1660 Gaming X removed the old DVI port, only three DisplayPort v1.4 ports and one HDMI 2.0b port, no support for NVLink or VirtualLink. 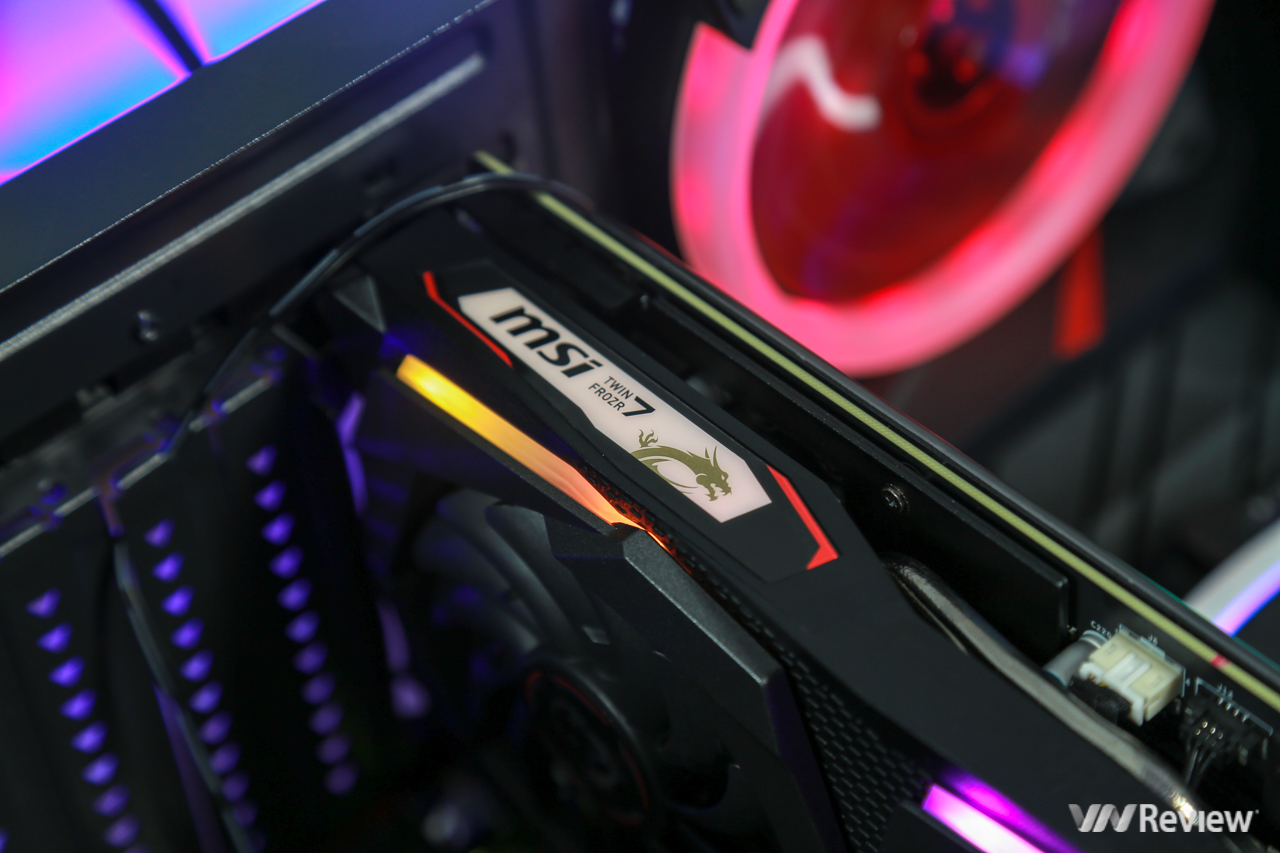 When booting the system, there will be three areas of the card lit up with RGB LED, including the logo on the top, two strip lights above the heat sink fan and two strips at the bottom. These lights give the light enough, which makes your system more "sparkling", and you can synchronize with other MSI products and adjust it through the Mystic Light software included in Dragon. Center. 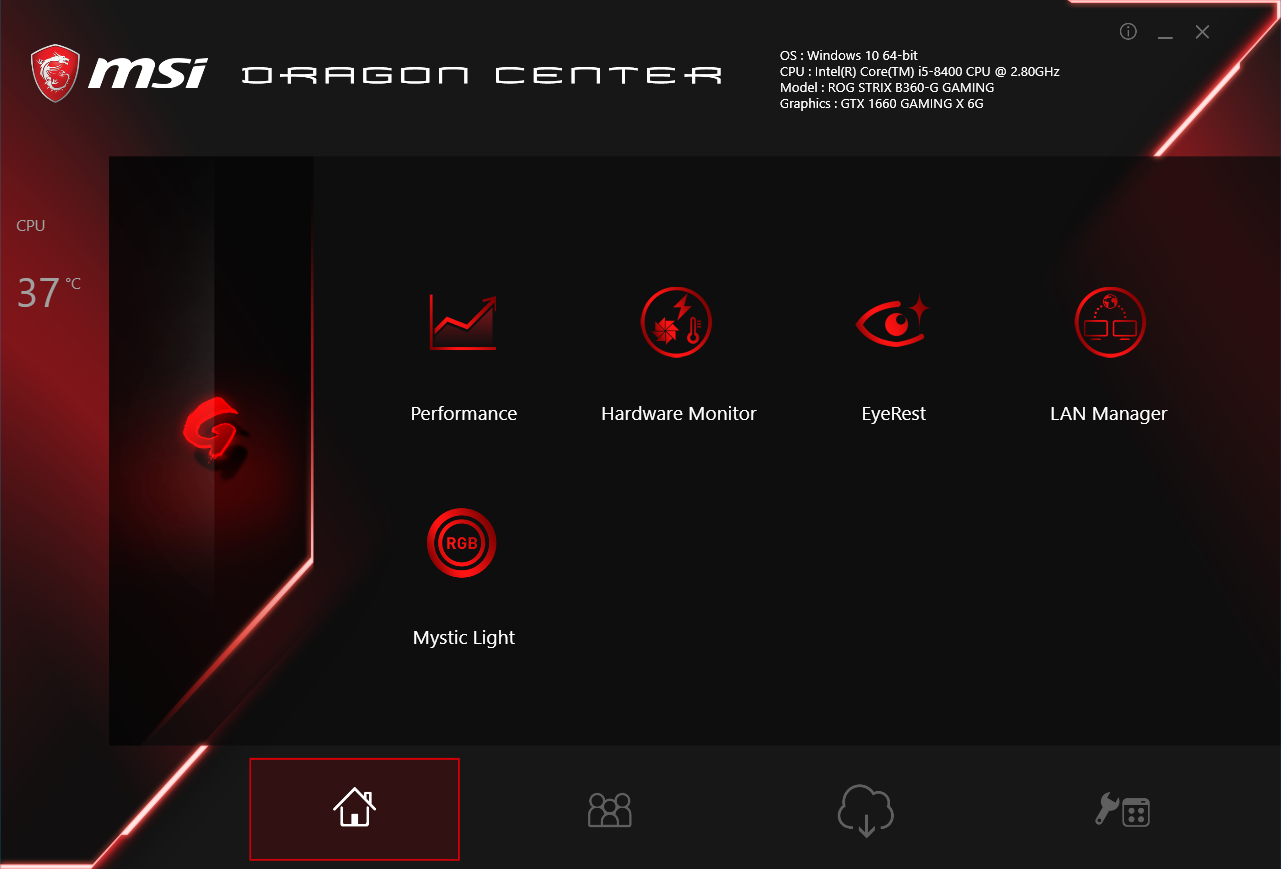 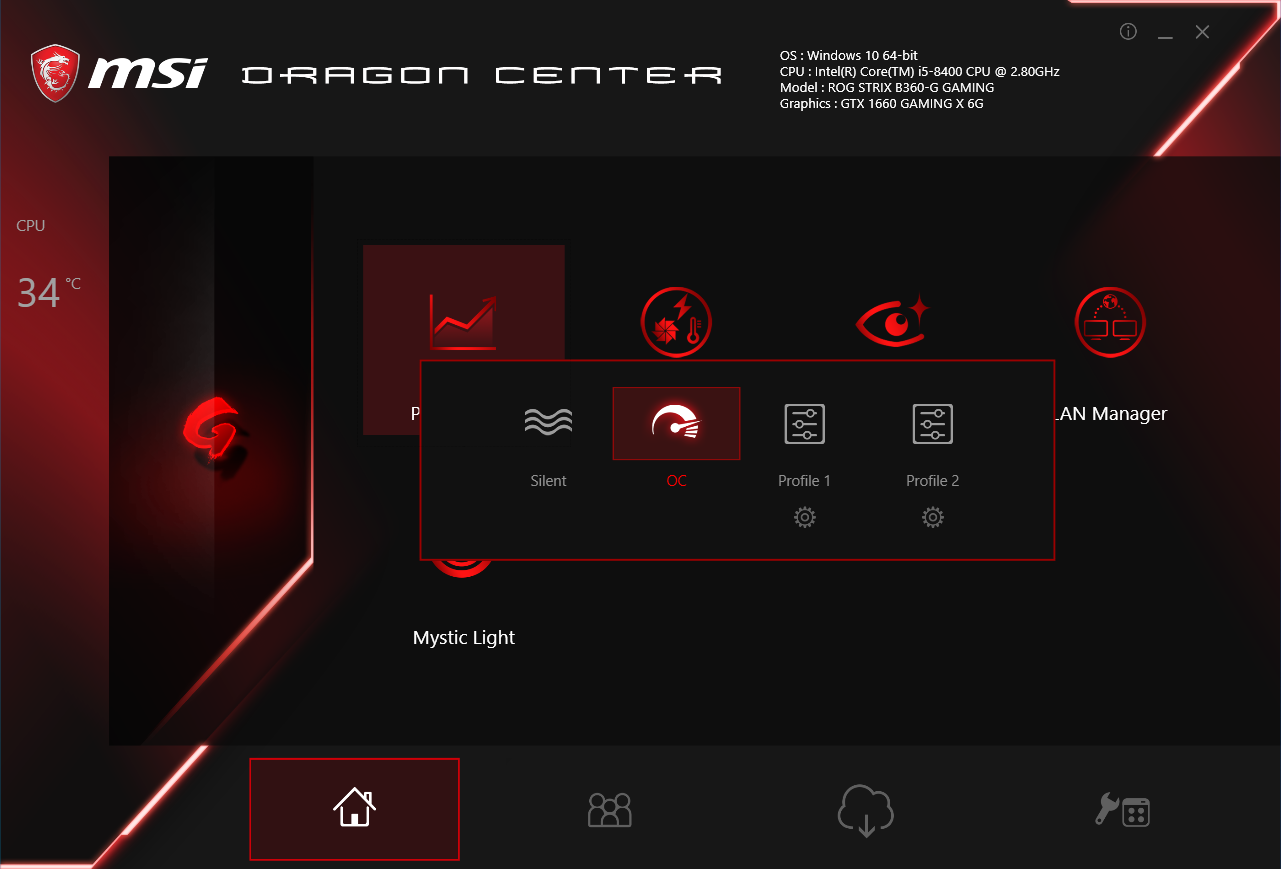 Dragon Center is the software that comes with the GeForce GTX 1660 Gaming X, allowing you to monitor and adjust the performance of your video card. The "G" on the left-hand side of the software is a fast-activated gaming mode button, and we have two more modes: Silent (OC) and OC (overclocking) and two custom profiles.

MSI also has another popular software, Afterburner, that allows you to customize everything on your card, from clock speed, power input, temperature limit, etc. It is more convenient if MSI can integrate too. This software goes into Dragon Center like Mystic Light.

To test the performance of MSI GeForce GTX 1660 Gaming X, VnReview uses the system including:

– Unigine Valley: Measuring the ability to process graphics in scenes with different effects

About gaming performance, VnReview will measure and compare the number of frames per second (FPS) of GeForce GTX 1660 Gaming X when overclocking with Dragon Center and not overclocking (except Final Fantasy XV uses the available benchmark tool of this game will be based on performance points). The titles selected by VnReview are the most demanding hardware names today, set the highest level of graphics, turn off the vertical sync (V-Sync), Full HD resolution (1920 x 1080 pixels) ). 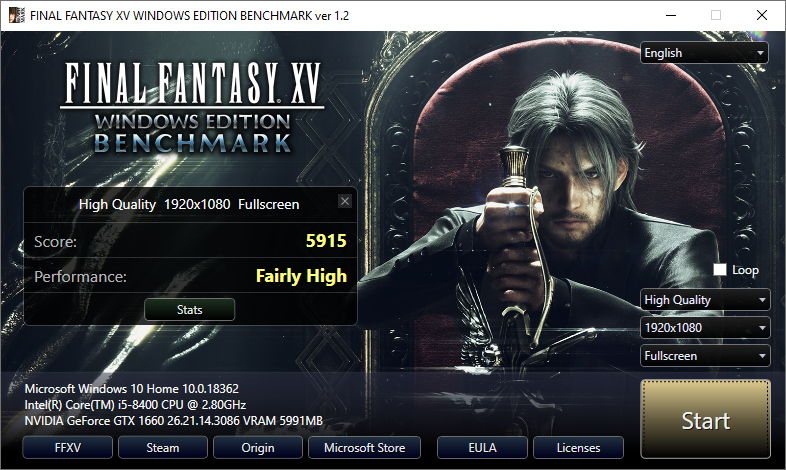 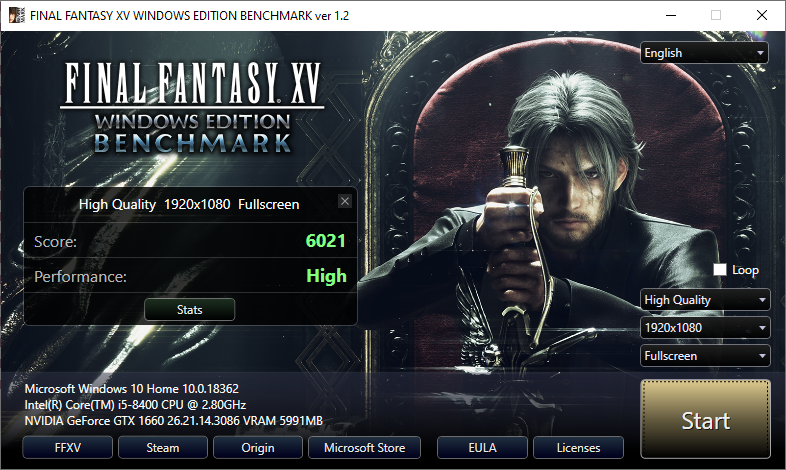 When overclocked, the performance of GeForce GTX 1660 Gaming X in Final Fantasy XV increased from fairly high to High. 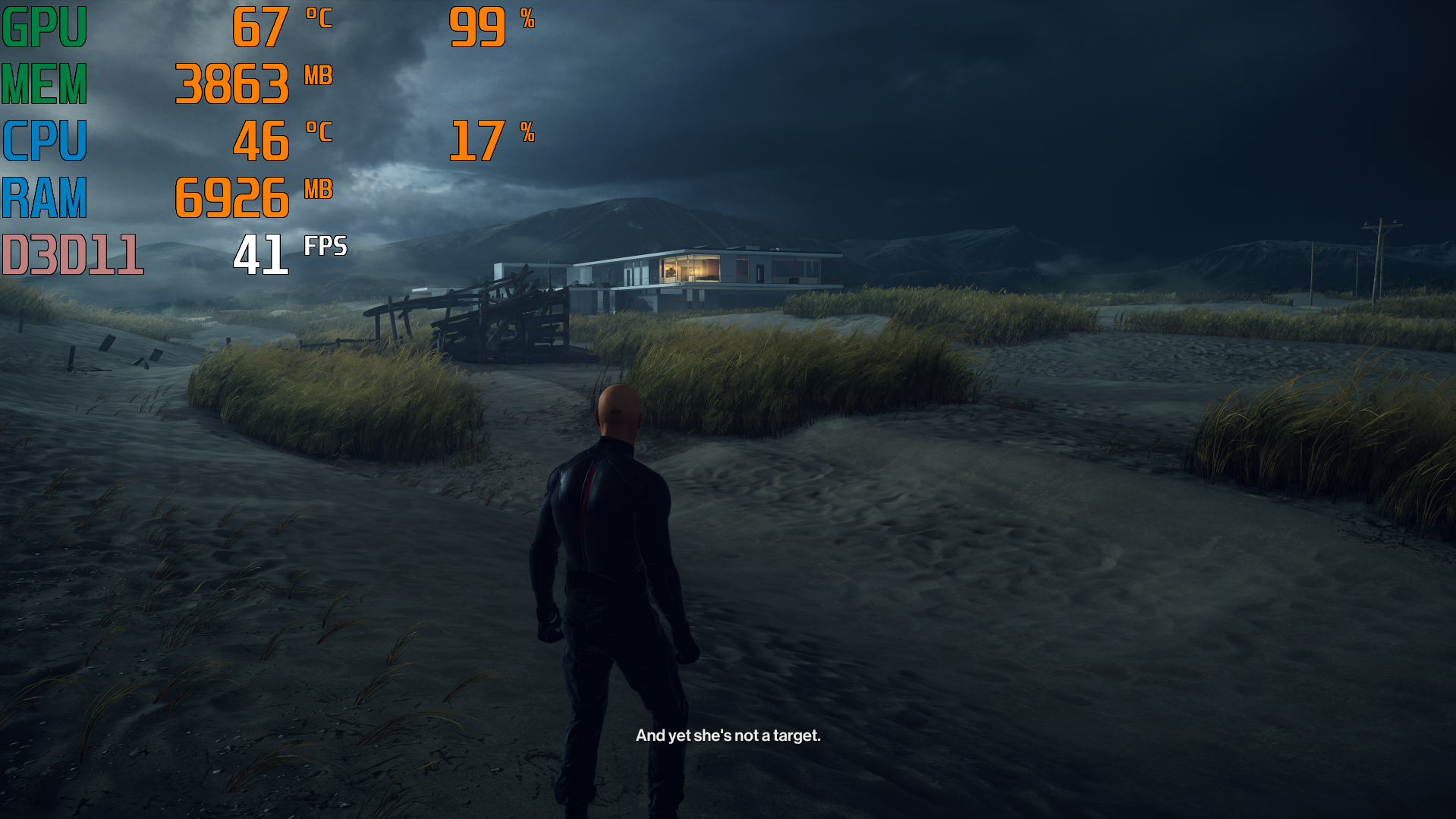 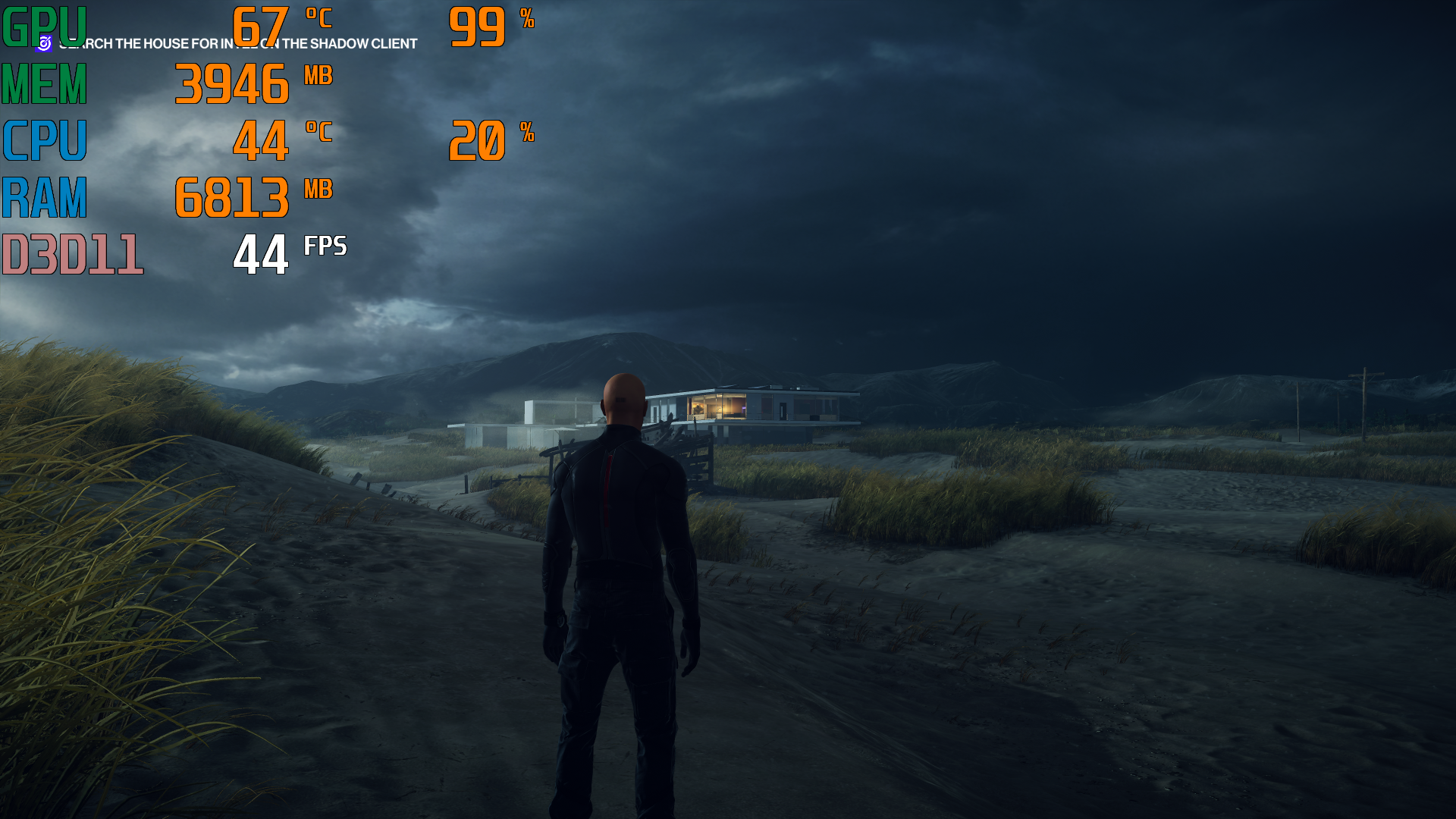 Hitman 2 game before and after overclocking 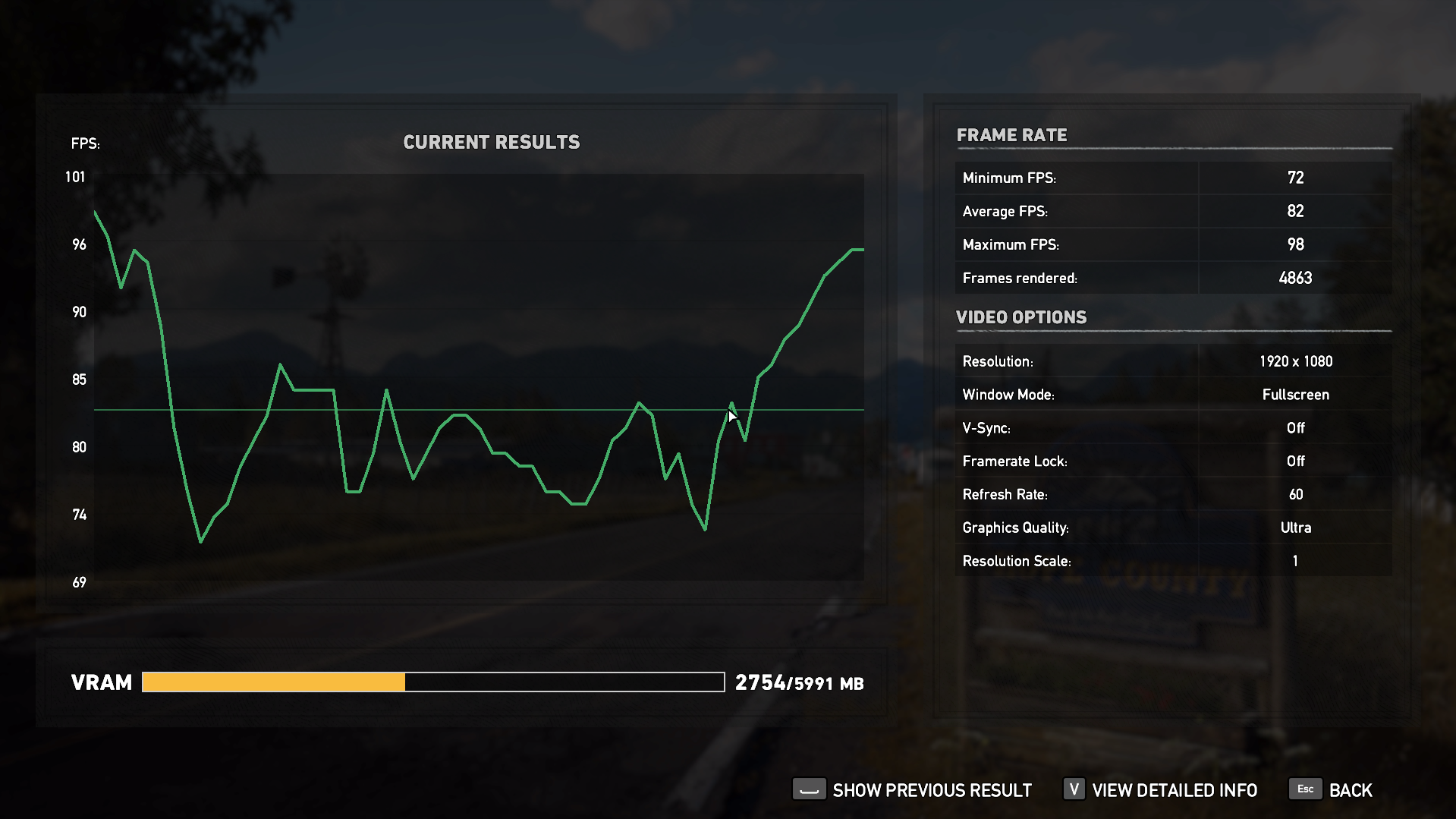 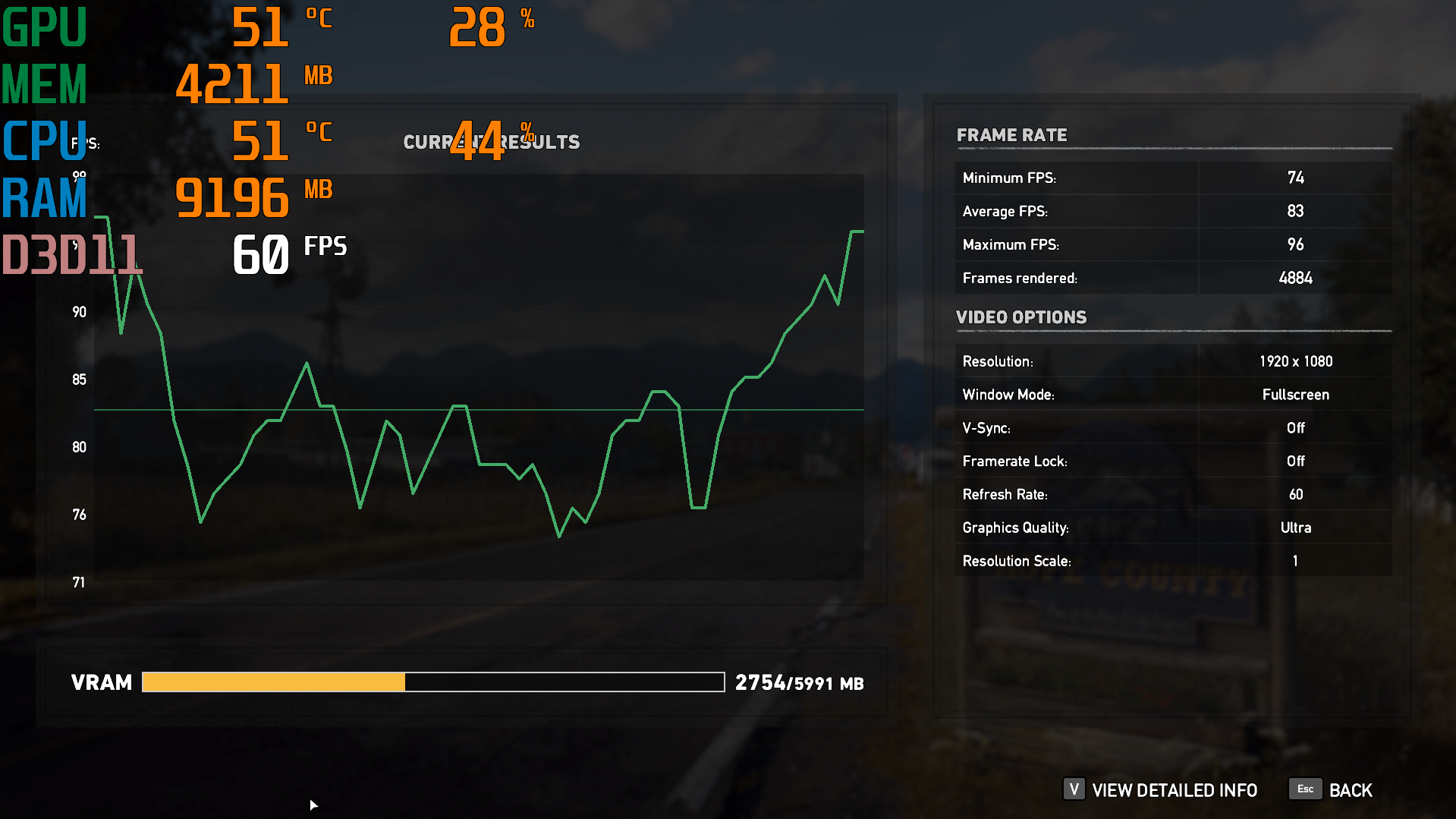 Far Cry 5 before and after overclocking 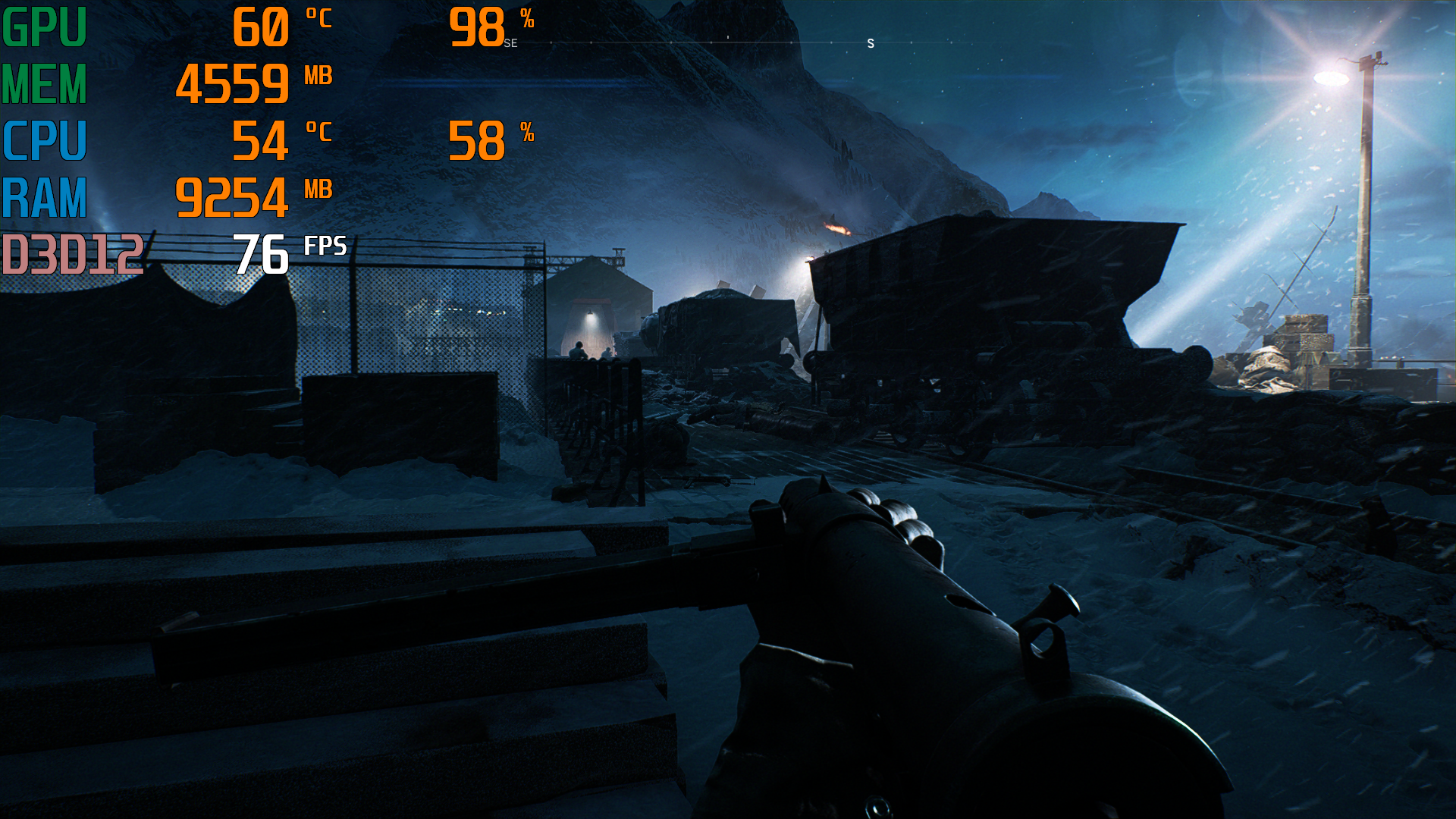 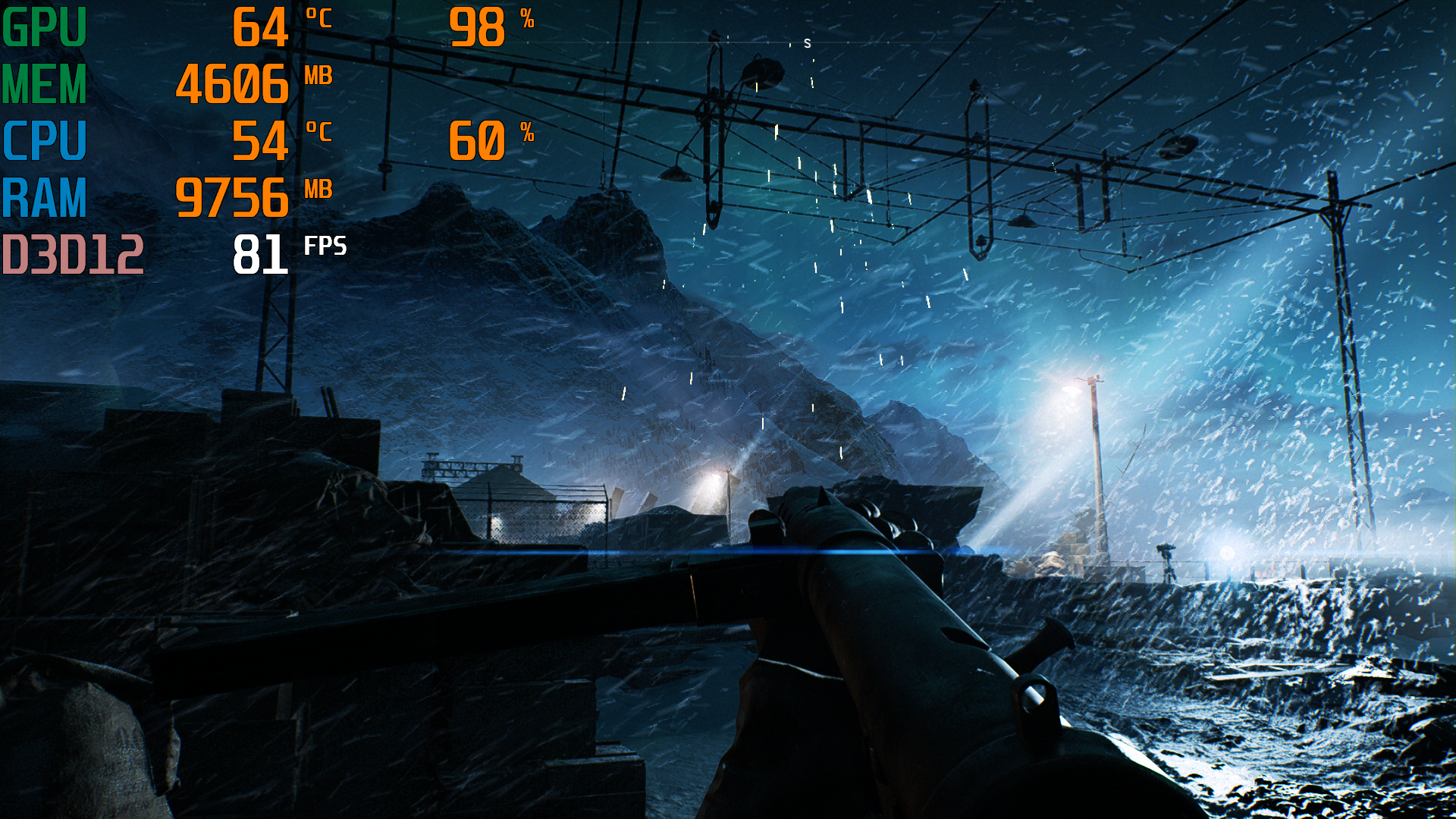 Battlefield V before and after overclocking 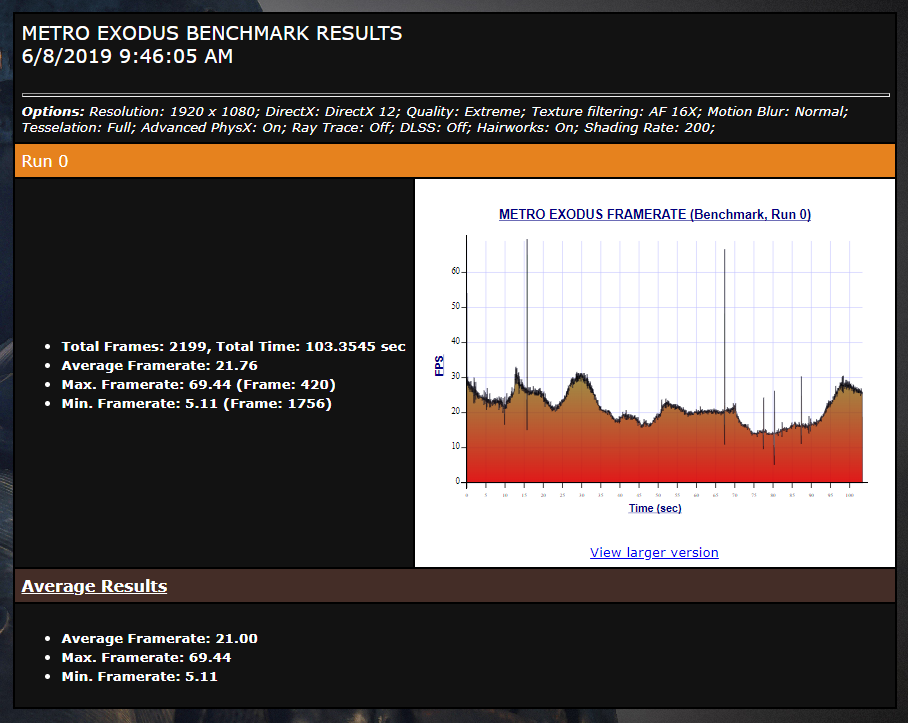 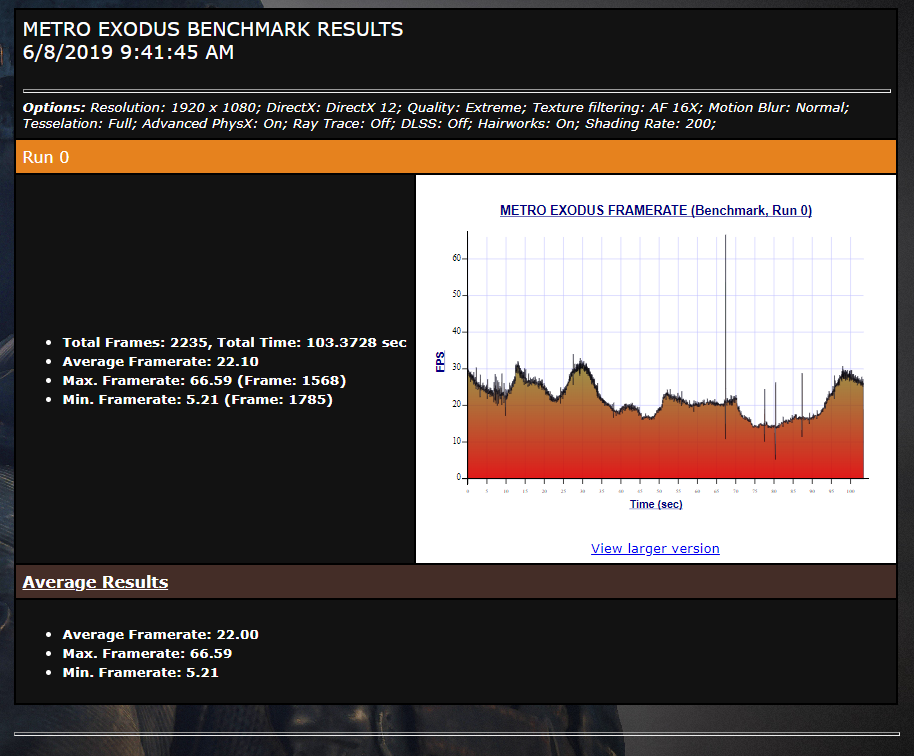 The results showed that the good GeForce GTX 1660 Gaming X "weighed in" almost every game, except Metro Exodus. This is understandable, as the game requires the RTX 2080 Ti to be able to play smoothly in the Extreme setting, and Metro Exodus itself is not well optimized. The GeForce GTX 1660 Gaming X can be "dragged" to 22 FPS is not bad at all. When overclocked, FPS can add up to 5-7 FPS depending on the game.

According to MSI, GeForce GTX 1660 Gaming X has TDP (Thermal Design Power) of 130W. This is also evident when VnReview measured by specialized tools. 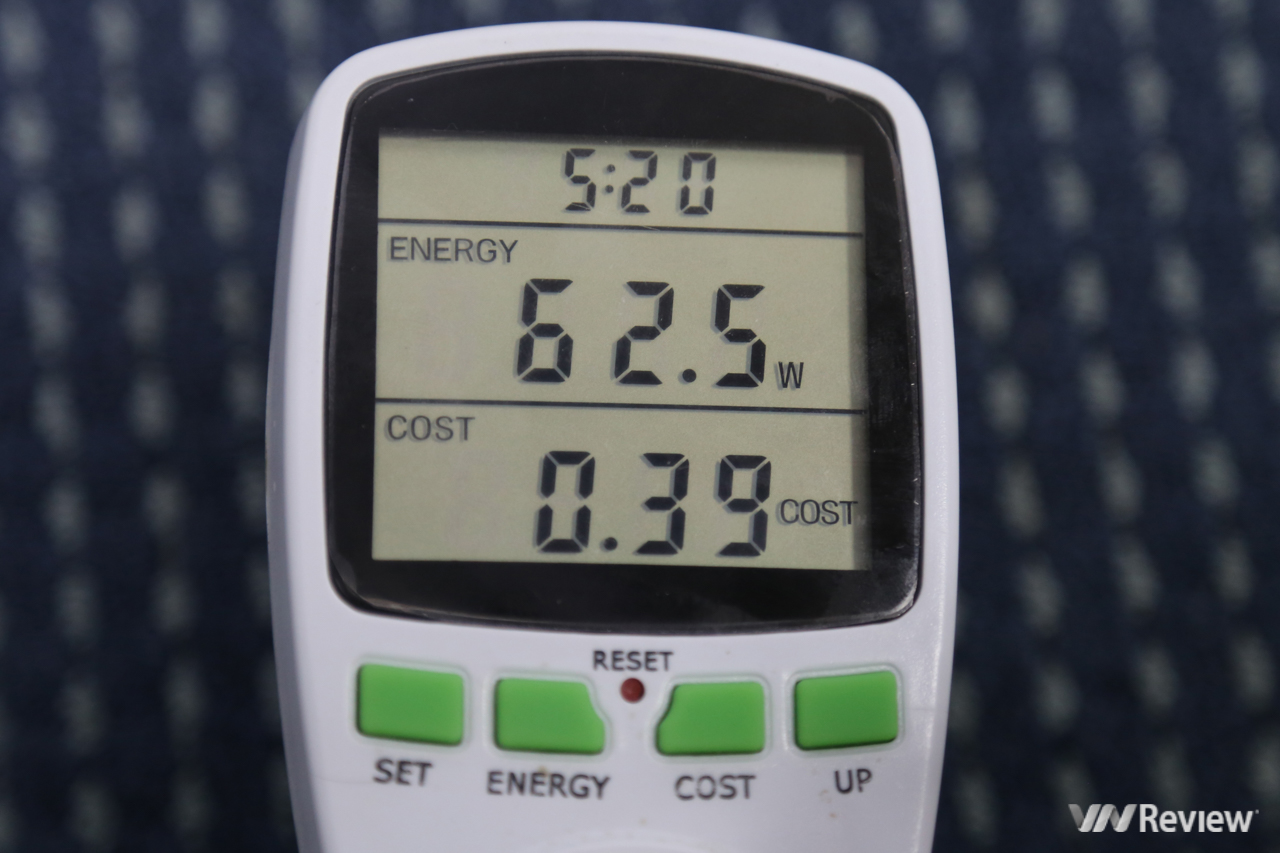 Power consumption when the system is in a resting state 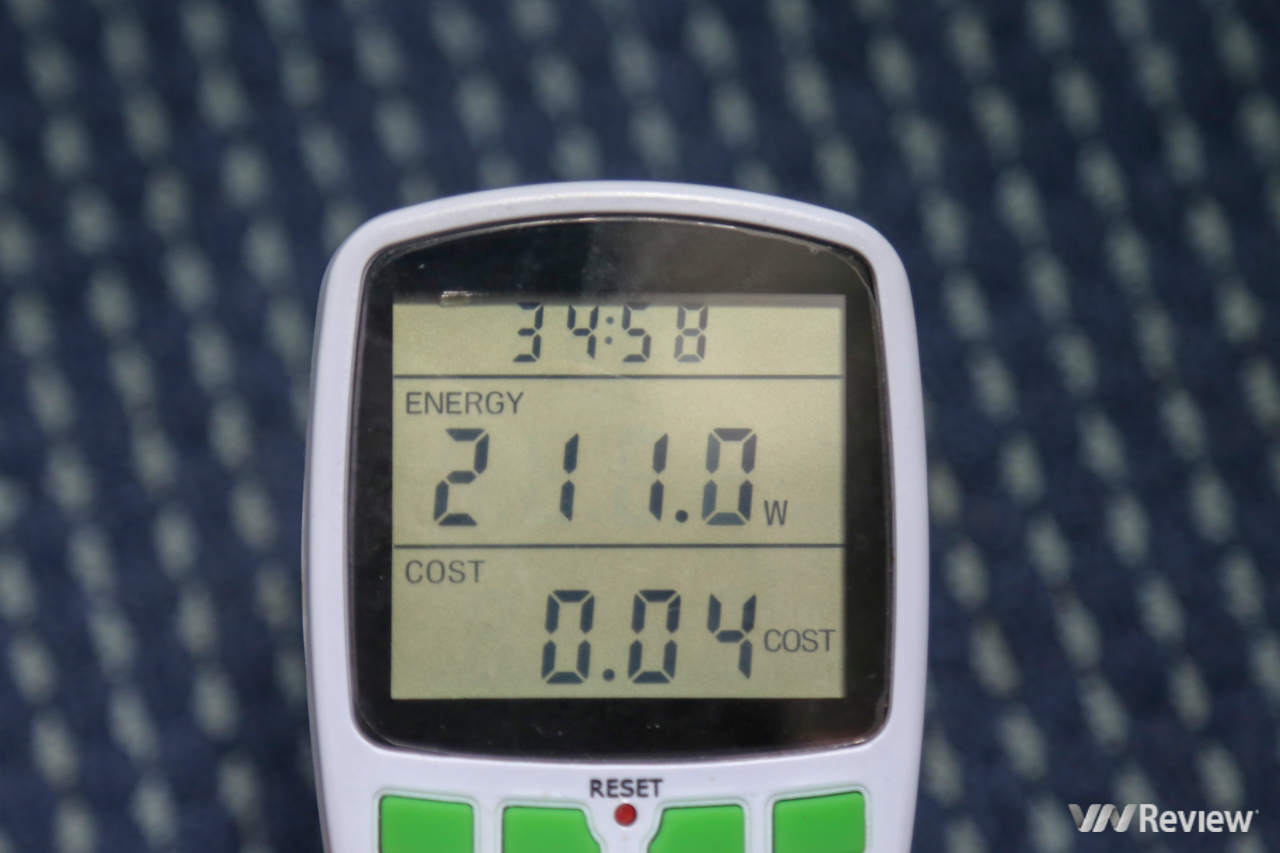 The efficient Twin Frozr 7 radiator system works as expected. The test system of VnReview is a closed case, placed in a room without air conditioning, inside the case consists of 3 LED fans with negligible cooling performance, 2 fans of AIO water dispenser plays the role of drawing air into the case . When the machine is idle (Idle), the case temperature fluctuates in the range of 40-42 degrees. 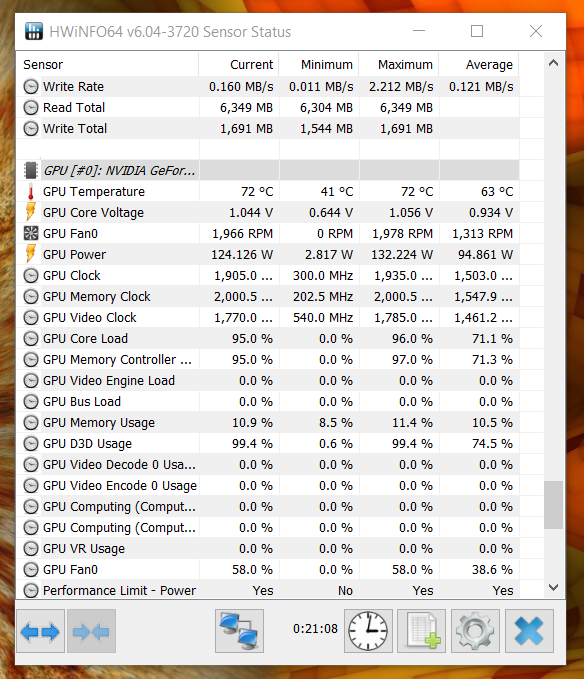 Maximum temperature is only about 72-73 degrees Celsius

When squeezing the card for maximum load with Furmark, VnReview monitors and concludes that the maximum temperature of GeForce GTX 1660 Gaming X is only 72-73 degrees Celsius. In the default setting, the card's cooling fan only runs when temperature exceeding 60 degrees C.

As you can see, the GeForce GTX 1660 Gaming X is a completely worthwhile upgrade for the GeForce GTX 1060 Gaming X. The better performance, better heat dissipation and, most importantly, cheaper price, GTX 1060 Gaming X converges almost every element to become the next "national card". The biggest minus point is probably the cost, when the card is more expensive than other competitors with the GTX 1660 series, but this has always been a feature of Gaming X so far.