In the old 5-seater high-car segment, the 2014 Ford EcoSport is a popular choice for buyers.

With the transport features that are somewhat complex as urban areas in Vietnam today, owning one 5-seater high car rated quite handy and appropriate. However, the price of a new car in this segment is also quite high. If you love the 5-seater high ground car, some experts offer suggest buying an old Ford EcoSport 2014. Because this is an old model that meets the needs of your family travel as well as has a very affordable price. 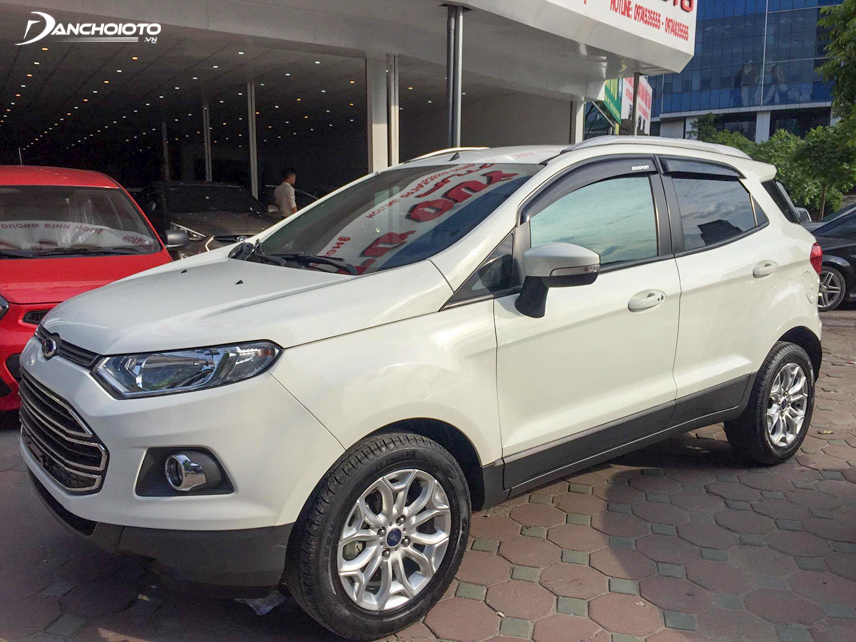 Launched in June 2014 by Ford Vietnam with versions of 1.5L Trend MT, 1.5L Trend AT, 1.5L Titanium AT, Ford EcoSport 2014 has a stylish and sporty design. has attracted the attention and won the hearts of consumers. With a strong brand origin, so after 4 years of operation, Ford EcoSport still does not lose too much price. So what makes it valuable, let us evaluate it possible feel Ford 2014 EcoSport better.

Review the old 2014 Ford EcoSport on the exterior

2014 Ford EcoSport with a separate design that does not follow the path, full-round appearance vehicles, showing the health, muscularity, interspersed with straight lines connecting to curved blocks very harmoniously and reasonably. Details such as the front bumper, rear bumper and body panels are uniformly designed to give the car a sense of liberal and dynamic. The design of the 2014 model is still retained for the last generations of the car such as the old Ford EcoSport 2016, the old Ford EcoSport 2017 … Therefore, the 2014 Ford Ecosport has been used for more than 4 years but has no outdated appearance. .

The front of the Ford EcoSport 2014 is uniquely designed with a combination of thin headlights and runs along the car, combined with a large grille with chrome-covered borders. Most lines as well as details are very clear, creating muscle and healthy. However 2014 Ford EcoSport drawback Halogen lamps are still in Halogen form but this is also a common limitation of cars of the same life and segment. 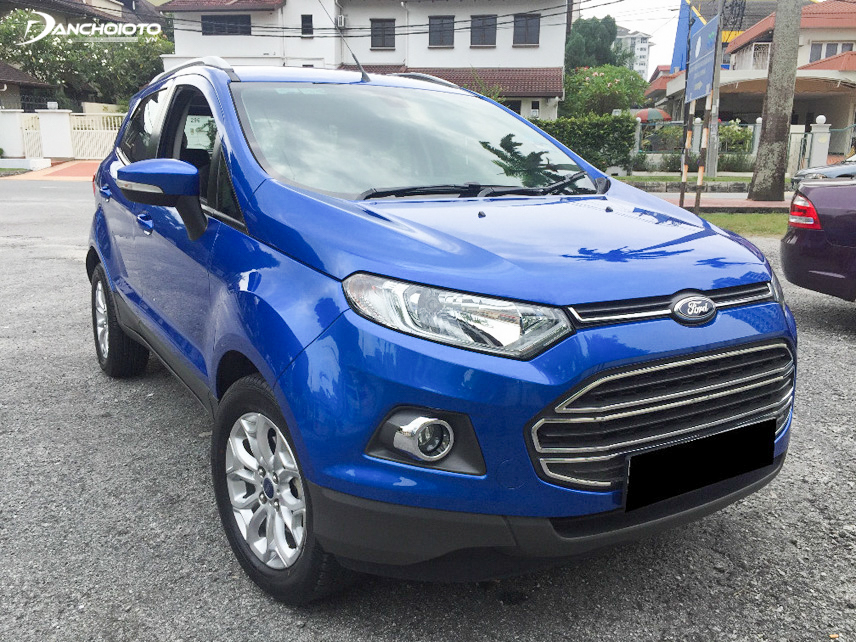 2014 Ford EcoSport body designed It is both smooth and still dynamic. The front bumper, the rear bumper and the side bumper look like a uniform strip with a dark color that feels like a higher car. The highlight of the car compared to other 5-seat high-rise cars of the same life is that it has the ability to wade significantly by the 550mm high car chassis. This is a very competitive advantage of the car when it needs to move in urban areas often flooded in Vietnam. 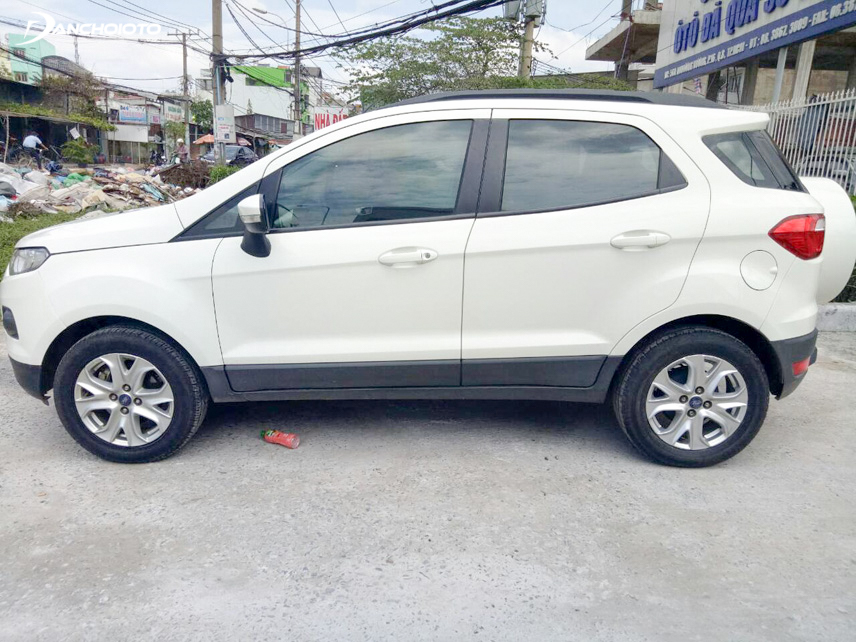 The Ford Ecosport bodywork is both smooth and dynamic

Another advantage is also the merit of this urban vehicle is the short length of the car so it is very convenient to join the traffic with crowded vehicle density. Rearview mirrors are also modernly designed with electrical adjustment and integrated with turn signal lights. Lazang is a 16 inch alloy.

The tail is still designed in the traditional style with spare tire placed at the rear. Part slightly protruding side lights create a sense of muscle for the car. The rear bumper has a dark feel for sure. The handle opening on the back has also been hidden very subtly, making it tidy for the rear end. 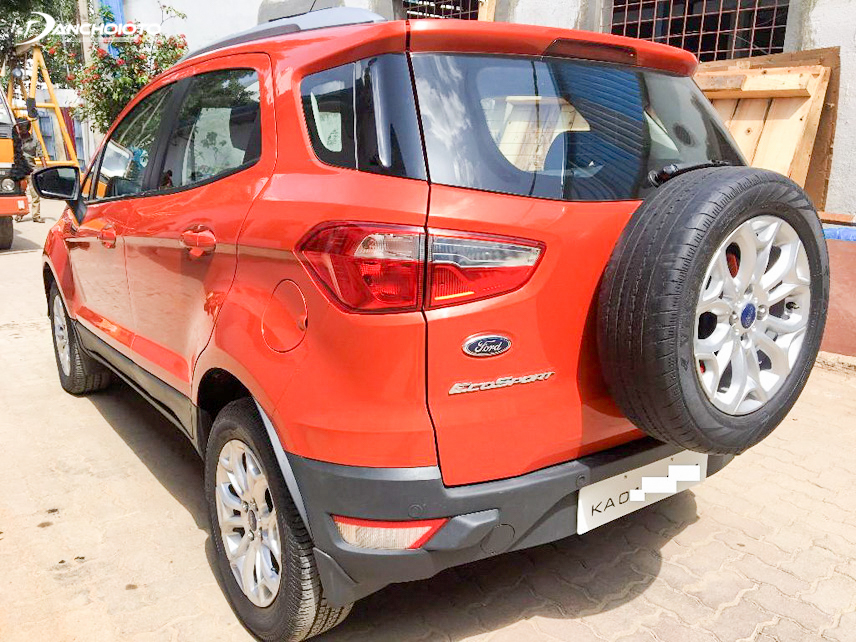 2014 Ford EcoSport review of the interior

The old 2014 EcoSport cockpit has the advantage of spacious space to create a comfortable feeling for users, moreover, a harmonious combination of high ceilings and large framed glass doors creates a sense of ventilation for the car. . The dashboard of the Ford EcoSport 2014 is fully functional with light colors and convenient viewing position. Besides, the steering wheel is covered in leather and the tablo board is designed in a modern style with two large buttons on the sides with entertainment adjustment keys. This helps the car retain its inherent youth. 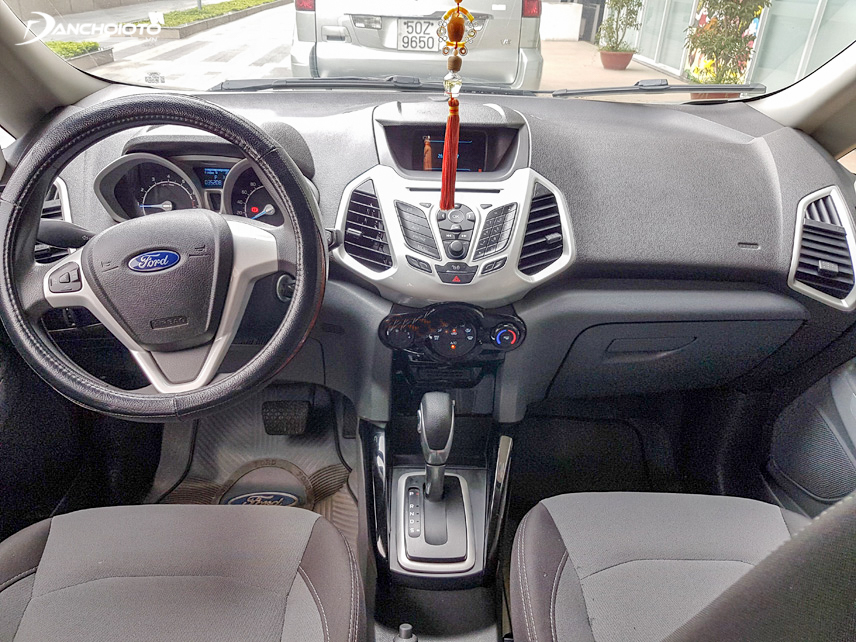 2014 Ford Ecosport car seats are designed in a sporty style and relatively spacious. High-grade felt-covered seats bring customers smooth and comfortable feeling when sitting in the car. The rear seats also have ample space and leg room, making it easy for people to relax for a long trip. This seat also can be folded at a ratio of 60:40 to help expand the luggage compartment when additional storage is needed. However, the drawback is that the hands on both sides are a bit low. 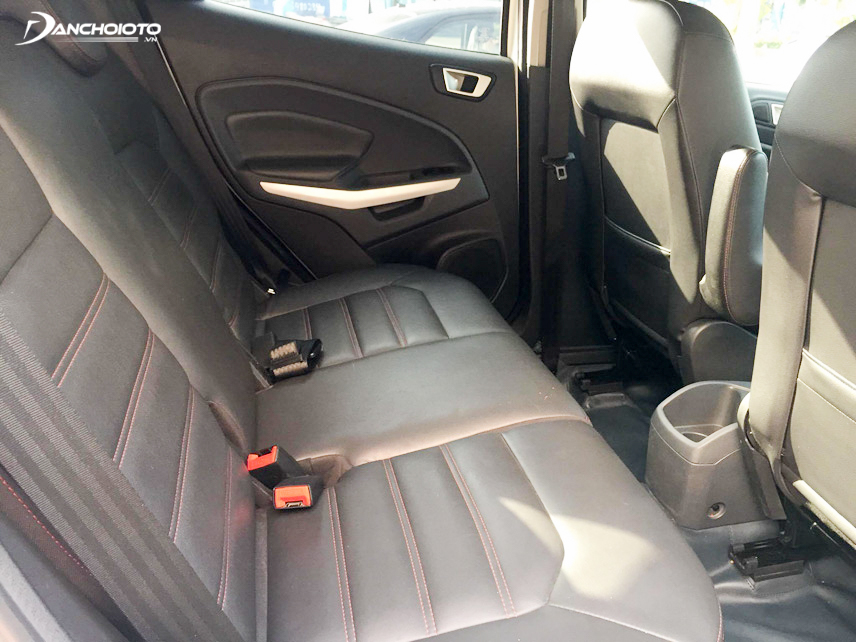 Rear seats are quite wide

The old 2014 Ford EcoSport was equipped with quite enough entertainment functions. It has up to 6 speakers, CD player, AM / FM radio, connected via USB, AUX and Bluetooth. Although the SYNC voice control feature, but the system does not support Vietnamese so this is also a drawback of the old Ford EcoSport 2014. Many people 2014 Ford EcoSport car review air conditioning system is quite good when it only takes about 5-7 minutes to cool the cabin. 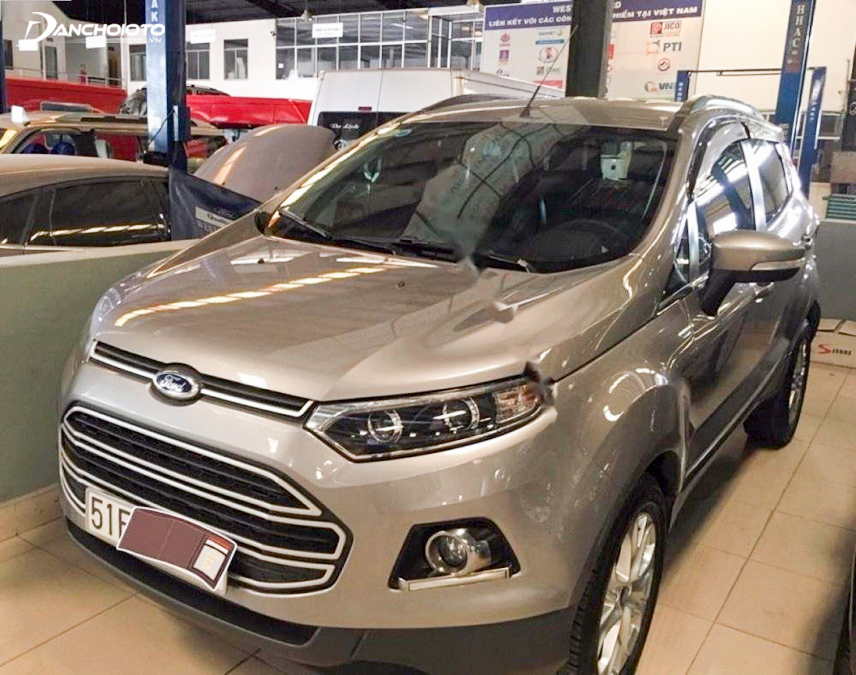 The choice of an old car that is both convenient and compact is also necessary for those who are often on the streets with heavy traffic and cramped traffic. With a high chassis, the car has the advantage when it comes to wading, but it should be noted in the corners, the visibility of the car is not really good. 2014 Ford EcoSport has the accelerator system which is quite smooth due to the sporty and firm design. Through many experiences with highways, Ford EcoSport 2014 still shows its serenity and stability. A little limited when the car accelerates when at high speeds is quite slow and wind noise into the cabin is also relatively large.

2014 Ford EcoSport has safety equipment which is quite good. Ford equips the Titanium version with safety features such as: 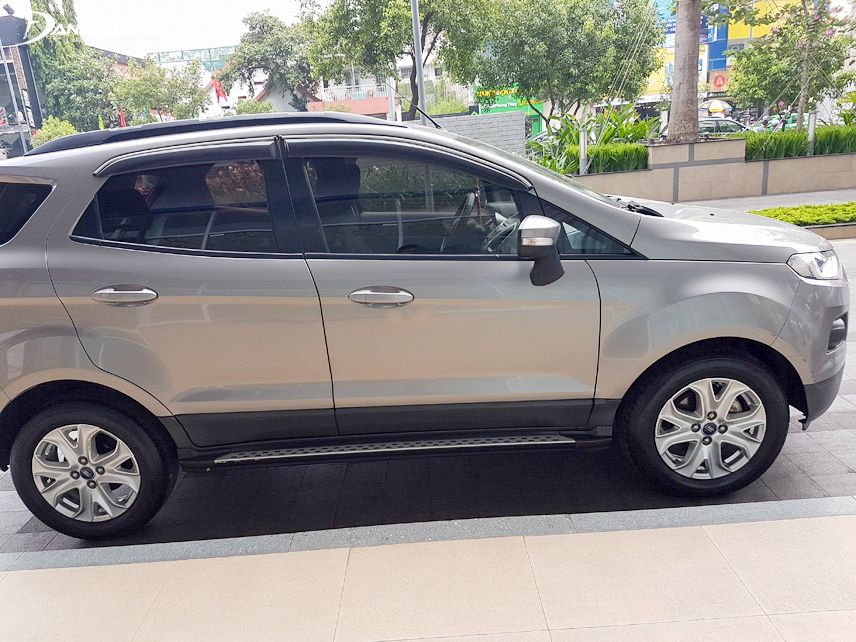 The safety equipment of the old Ford EcoSport 2014 is appreciated

2014 Ford EcoSport car price sold in the range from 400 million to 490 million depending on the different versions and old or new condition of the car. At this price range, buyers have many other options in the B-segment but in sedans or hatchbacks like the old Honda City, the old Honda Jazz, the old Toyota Vios … Also in the high-ground 5-seater segment. Grade B, the Ford EcoSport is almost the best choice. Thus, through this review we hope to provide you with more information about the old 5-seater car Ford EcoSport 2014. Thereby, you can choose for yourself a car like the best and meet the needs of yourself and your family.