I learned the name of Eiko Ishioka from the pamphlet of Francis Ford Coppola’s “Dracula”.

As a costume designer, my name and photos were on it, and the costumes were just amazing, so I remembered them all the time.

When I learned that Eiko Ishioka’s exhibition will be held at the Museum of Contemporary Art Tokyo this time.

“Is that Dracula costume on display?”

The first thing that came to my mind.

I had time to wait for Rough’s reply, so I went there, but I think I was staying for about 2 hours because of the content that was not so good.

After graduating from Tokyo University of the Arts, joined Shiseido. The poster featuring Bibari Maeda is famous.

After becoming independent, he was the art direction for advertising and binding for PARCO, Kadokawa Shoten, etc.

In the first corner, works from this art director era are exhibited.

This is a poster I took at the time of Harumi Yamaguchi’s exhibition, and this art director was Eiko Ishioka. 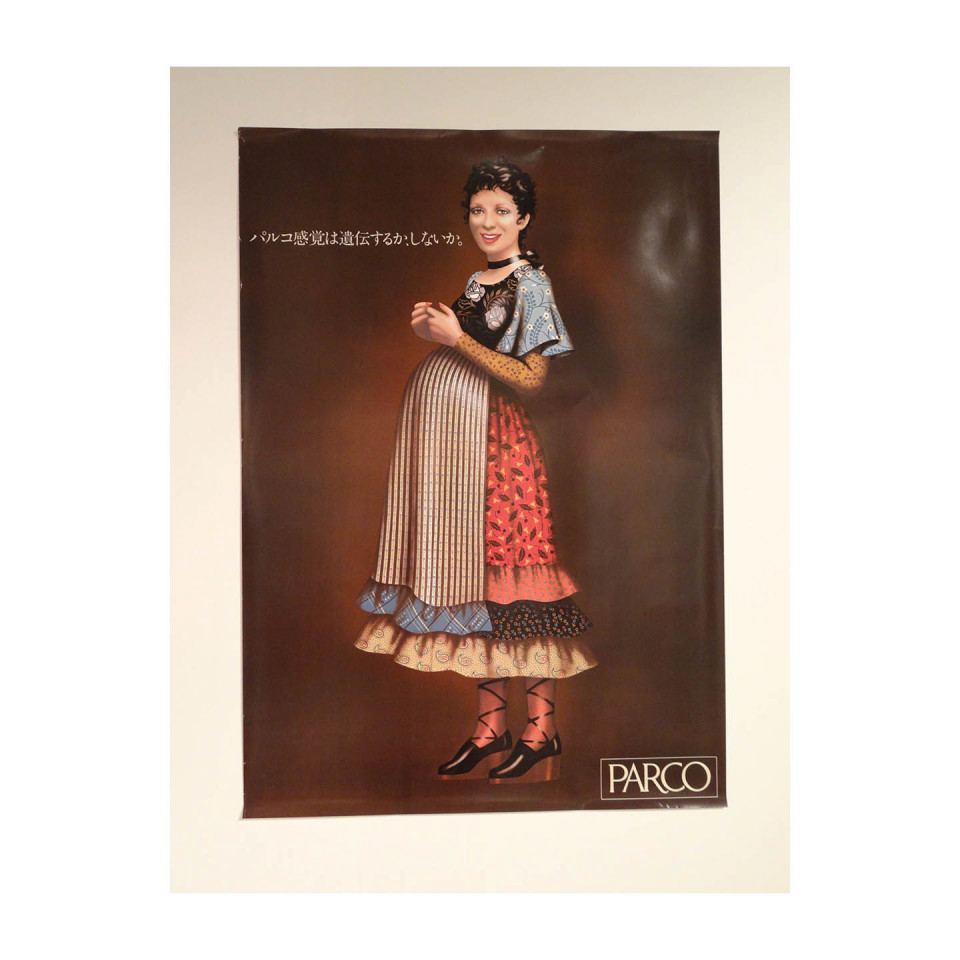 Books from Kadokawa Bunko and bindings from the wild era are also on display.

Among them, the poster of Hiroshima where Mickey Mouse covers his eyes also means “a disaster that makes you want to cover your eyes” and “justifies and covers your eyes” for what the United States did. That left a strong impression on me.

I also really liked the TIMELESS graphics based on the Peking Opera.

The costume was very cute.

Moving to New York in the 1970s, she expands into the entertainment arena of stage, film, Broadway and Hollywood.

In charge of stage art and costume design for M. Butterfly and Tadaomizo.

The costume and design of M. Butterfly was on display, and the beauty of this costume.

Color is good, with fine embroidery

I tried to bring my face.

The performing arts were also wonderful.

Opera Tadaomizo is also Japanese, but it was sophisticated and had a mysterious view of the world.

In the corner of the movie MISHIMA, there is a full-scale Kinkakuji Temple in the center.

Then, the costumes of the movie “Dracula” were exhibited.

At that time, the bright red dress worn by Winona Ryder was very nice, but it was also on display.

The costumes worn by Gary Oldman dressed as Dracula are also on display.

There is a pamphlet somewhere, so if you find one, I will post it here.

Entered the entertainment world and was in charge of the overall design of “The Cell”.

It’s a video I’ve never seen before that all the costumes on the wall move when people move, and I’m taking off my hat on this idea.

Next to the “The Cell” corner was the “Falling Kingdom” exhibition corner, but there are costume design drawings and videos, and one-of-a-kind costumes on display, and I really like the venue composition here. So, I was looking at the whole venue from a distance.

The table on which the costume was placed was not a right angle, but a curve.

The curve here makes the venue look like a piece of cloth.

“You can stay in this corner all day long …”

I was watching while thinking.

The costume of “Kingdom of Fall” was also wonderful.

It was also fun to think, “I wonder if the idea of ​​this costume came from Moss …”.

In charge of the stage, concept and costume of more than 30 tours following the release of Grace Jones’ album “Hurricane”.

The costume design picture and the video of the stage of Grace Jones were screened.

Also, the corner where you can see the costumes and images of the Canadian circus group Cirque du Soleil made me feel like I went to Disneyland.

A video on the entire wall, and costumes on a black triangular flatbed in front of the video, you can see the wonderful performance of Cirque du Soleil and at the same time you can see how the costumes move, so it is a very fun venue It was a composition.

The art element is strong, the performance does not seem to be human skill, and it feels like a dream, so I want you to revive it again.

It seems that Buke himself contacted me directly.

A music video is being screened along with an exhibition of visual images.

Costumes designed at the Salt Lake City Olympics and the Beijing Olympics are on display.

I remember the opening ceremony of the Beijing Olympics was just amazing.

Film director Chang Emo participated as chief director and costume director, but if you were watching a video of hundreds of people wearing the same costume, even though this costume is beautiful by itself

“What the heck is it costing?”

I thought about it.

While the Tokyo Olympics were postponed due to the corona vortex, watching the images of the Beijing Olympics was a bit complicated, but the opening ceremony was just wonderful.

The costume corner of the Dutch national opera called “Kneeling Ring” is a masterpiece.

Many opera costumes are on display.

I also liked the composition here, so I was looking at the whole thing at the end.

An opera is being screened in the back of this venue.

I was so tired so far that I sat down for a while watching the opera footage.

The costumes and songs are wonderful, so I never got tired of it.

The next corner is “Snow White and the Mirror Queen”

And the last was her first work “Eco no Ichidaiki”, which was a very cute work.

The exhibition ends with an exhibition of her photographs taken by Robert Maplesole.

I didn’t think it was such a deep exhibition, so I was confused on the way, but I’m glad I didn’t give up.

After a long time, I was impressed with “I saw a good thing …”.

It was the first time I was fascinated by the venue composition since the Pompidou Center masterpiece exhibition held at the Tokyo Metropolitan Art Museum in Ueno, which was organized by architect Tsuyoshi Tane.

Same-day tickets line up for about 70 minutes.

There were various types of men and women of all ages, so I was surprised that “Eiko Ishioka was so well known”, but it may have been introduced on TV.

It was very crowded.

Eiko Ishioka Can you design blood, sweat, and tears?

* You cannot take pictures inside the venue.

Link to watch U23 Vietnam on xoilac tv