Effects of ecstasy (MDMA) on health

Ecstasy is a drug with stimulating effect used mainly at night and long-term parties, such as raves. The risks psychological, physiological and behavioral drug use are important. Ecstasy is a product formed by a molecule of the amphetamine family, MDMA, whose scientific name is methylenedioxymethamphetamine. 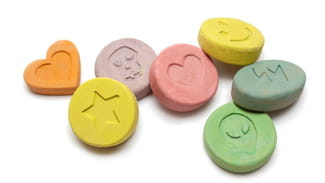 Form and consumption of ecstasy

Ecstasy comes in the form of gel, powder or tablets – most common modality. At first, its consumption is restricted from 50 to 150 milligrams. However, tolerance to the substance installs quickly and its users can increase doses in a short time.

Soon after using the drug, the consumer experiences sensations of euphoria and well-being, in addition to showing resistant to fatigue, sleep or hunger. However, a few hours later, the user begins to suffer from anguish, excessive sweating, headaches, nausea and, in more severe cases, inability to communicate.

The effects of ecstasy last for two to four hours. After this period, the user may suffer from conditions similar to depression, in addition to situations of great anguish, fatigue and dehydration .

Treatment of addiction at ecstasy

There are currently no pharmacological treatments to combat symptoms associated with ecstasy consumption. Because of this, the treatment of drug addicts is done based on psychological support and, in more severe cases and with the patient’s consent, admission to rehabilitation clinics.