THE dyslexia is characterized by difficulty in reading, writing and spelling. It may be accompanied by other difficulties: distinction between left and right, perception of dimensions (distances, spaces, sizes, values), performing simple mathematical calculations and memory. 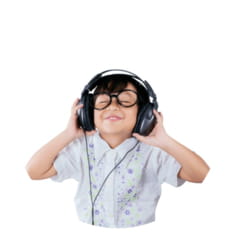 It is suspected that a child has dyslexia when he does not learn to read or write completely or partially in the time allotted for this learning. However, the diagnosis of dyslexia should only be performed by a specialist. So, if you can find some of the symptoms listed below in your child, you should ask your pediatrician for information about a therapist who specializes in dyslexia who can test your child.

Some difficulties that children with dyslexia have in reading are: common mistakes when reading aloud, slow, dragged and interrupted reading, syllabic reading of words and reading word by word of phrases or texts. There may also be problems with the fusion of individual sounds to carry out the sound sequences and problems with the understanding of the meaning of sentences, paragraphs and entire texts. All these difficulties can cause the child to show aversion to reading, and this is also one of the symptoms of dyslexia.

Some symptoms of dyslexia present in writing are: common mistakes when copying, non-compliance with spelling rules, many mistakes when making dictations or essays, confusing similar-looking characters (for example, confusion between D and B), confusing letters with similar sounds , omitting letters and deleting parts of the word, changing the order of syllables when spelling, and inhibiting writing.

Dyslexia symptoms also appear in speech. Some of these symptoms are: slurred or wobbly pronunciation, restricted vocabulary, difficulties in finding words, frequent use of faulty grammar or incorrect words or sentences.

The child with dyslexia may exhibit certain behaviors, which mainly result from the difficulty in adapting to the school environment. Among them are: reduced self-esteem, school phobia, aggressiveness, hyperactivity, difficulty concentrating and other psychosomatic disorders.

The fact that a child has dyslexia does not mean that he is not smart, just that he has special problems with reading and writing. Because dyslexia can be frustrating, affected children may also experience behavioral problems in general, such as resignation, aggression, school phobia or other symptoms. Dyslexia affects up to 10% of the population worldwide and it is very important to diagnose it as early as possible to provide the necessary support that your child needs.