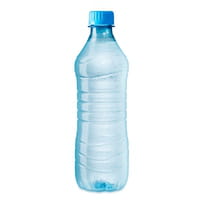 Making a diet and losing weight is one of the main concerns among women and men around the world. Practicing physical activity regularly and adopting a balanced diet are the two main pieces of advice for those who want to lose the extra pounds correctly. But a new tip adds to the group. A study by the University of Birmingham, UK, revealed that drink 500 milliliters of water half an hour before meals can contribute to the weight loss of obese or overweight adults.

The British study followed 84 adults with obesity for 12 weeks. Half of them were instructed to drink water 30 minutes before meals while the other half was instructed to stay away from liquids during this period. Sugary juices and soft drinks were prohibited for all participants.

The results showed that those who drank water ate less than the other group. According to the researchers, the explanation lies in the feeling of satiety and distention of the stomach caused by water consumption.

At the end of the three-month experiment, volunteers who had consumed water before eating lost, on average, 1.3 kg more than members of the other group. The loss was even more substantial among those who drank water before all three meals a day. Among them, the loss was 4.3 kg more.

Despite the good results demonstrated by the study, the researchers guarantee that the associated practice of physical activity is essential for the success of any diet. They also point to the need to consult a health professional every time you want to start a new diet.

In addition, English researchers say that water consumed before meals is metabolized and eliminated quickly. To prolong the effects of satiety, it is important to start meals with water-rich foodssuch as fruits and raw foods.