This week’s Free Play Days event has returned with 3 new titles, which are Hunt: Showdown, Warhammer: Chaosbane and Sea of ​​Thieves, all Xbox Live Gold and Xbox Game Pass Ultimate members will be able to download the game for free from September 17 to September 20.


Explore the ocean like a pirate, hunt down nightmare creatures or enter a dangerous fantasy world with this week’s Free Play Days event. Xbox Live Gold and Xbox Game Pass Ultimate members can download and play Hunt: Showdown, Warhammer: Chaosbane and Sea of ​​Thieves for free starting September 17 to September 20. 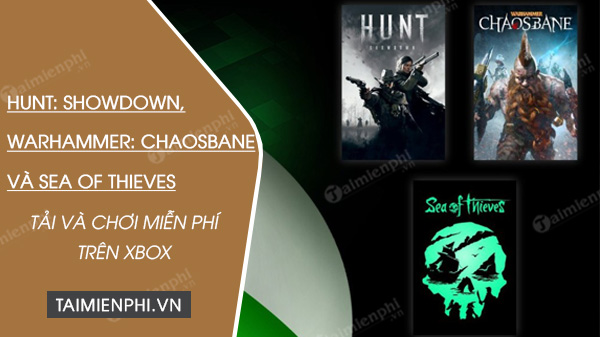 You can search for these three titles on Xbox.com. Click on the game you want and you’ll be taken to the Microsoft Store, where you’ll have to sign in to see your installation options as an Xbox Live Gold membership. To download the game from the console, click the Gold membership area in the main dashboard of your Xbox One.

In addition, players can purchase games and other versions at attractive discounts for a limited time and continue to experience the game, while retaining scores and achievements earned during the event. Note that the discount percentage may vary by region. Dangerous monsters roam the swamps of Louisiana and you as a member of the bounty hunter group will remove their gruesome presence from this world. Destroy those creatures and you will be well paid. The competitive gameplay that combines Hunt: Showdown’s PvP and PvE elements creates a unique stressful experience where your life is always on the horizon. The brand new Solo PvE mode called Trials lets you complete exciting challenges and earn new rewards. You can extend your Hunt: Showdown adventure with the DLC Legends of the Bayou, The Revenant, and Double or Nothing pack. 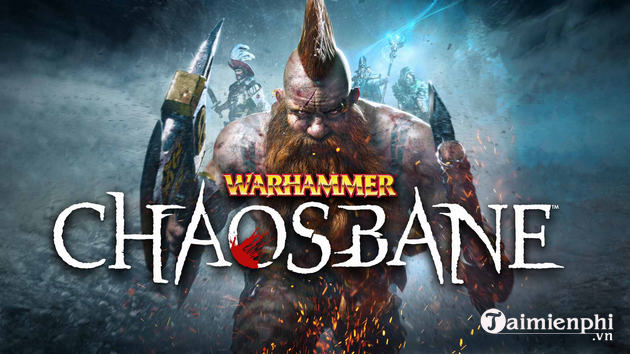 You are the Empire of Man’s last hope, fighting against the forces of Chaos in a world dominated by magic and war. Choose from 5 different character classes, each possessing its own set of skills and equipment to enter epic battles against more than 70 types of monsters and Chaos Gods. You can play solo or team up with up to 4 friends. A rich and varied game experience awaits you in this first game set in the fantasy world of Warhammer. 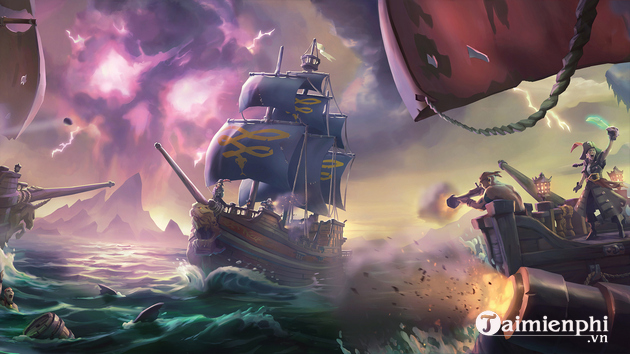 Talk Like A Pirate Day is here and there is plenty of fun for players to join in this week’s Sea of ​​Thieves pirate adventure. With a special Gold & Glory Weekend event, players will double their gold and fame between September 18 and 21. Xbox Game Pass members will also receive a new emote when playing the game from September 17-19. Meanwhile, the Summer of Sea of ​​Thieves event going on until September 30 also offers players the chance to win a huge variety of titles and items. This is the best time to be a pirate!

https://thuthuat.taimienphi.vn/tai-va-choi-hunt-showdown-warhammer-chaosbane-va-sea-of-thieves-mien-phi-60652n.aspx
Don’t miss any of the free gaming events if you are a member of Xbox Live Gold and Xbox Game Pass Ultimate to have a chance to experience the super expensive products.