In a strange and relatively confusing move, Google has unexpectedly removed the notification display feature after the apps have been updated to the new version from the Play Store. Previously, whenever Google Play conducted an update on a series of applications on the device, it would display a notification for users to know the list of updated applications, from which can learn more about Changes are included in these updates.

However, in the past few days, many users have reported that they have not received any notifications about installing new application updates, despite the fact that these applications are in the new version. . The confusing thing is that there are no complaints about this notification feature. Conversely this is also considered one of the really useful features on Android.

In addition, Google did not give any official notice of the above mentioned Play Store change. Instead, Mountain View company only silently confirmed the information with technology magazine Android Police, said that since January 11, Google Play has removed the feature to display notifications of applications being updated on device. 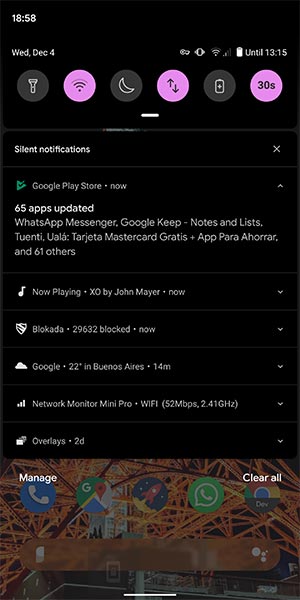 In addition, Android users will not receive any notifications when they manually update Android applications on their system from the Play Store.

It seems that Google has realized that most users simply dismiss such notices and in an effort to minimize spam notifications, the company has eliminated it altogether. If you are in the habit of carefully monitoring app updates and the changes they make, you will now need to pay close attention to Google Play periodically to check for new updates. If not, you can also turn off the automatic update (auto-updates) in Google Play and conduct application updates manually.

Do you still get the notification for installing app updates on your Android phone? Let us know in the comments below!