Djokovic wins easily in the first round of the Australian Open

World number one player defeated Jeremy Chardy 6-3, 6-1, 6-2 in his opening game at the Grand Slam tournament earlier this year, on February 8.

After two weeks of quarantine in Adelaide, Djokovic start your journey to conquer the ninth title in Melbourne in the perfect way. During the game, the Serbian player served the first ball into the field at 75%, not facing any break points.

Chardy has never won a set in 13 of his previous encounters with “Nole”. This time, the French tennis player also has no chance, on the day Djokovic has 41 winner. Two consecutive ace shots helped the world’s number one player to close the game after 91 minutes. In the second round, Djokovic will meet Frances Tiafoe and if he beat the world number 64, he will meet Reilly Opelka or Taylor Fritz in the third round.

“On the whole, all my shots today are good and at the top level,” said Djokovic, pleased with his form in his 297th win at the Grand Slam. 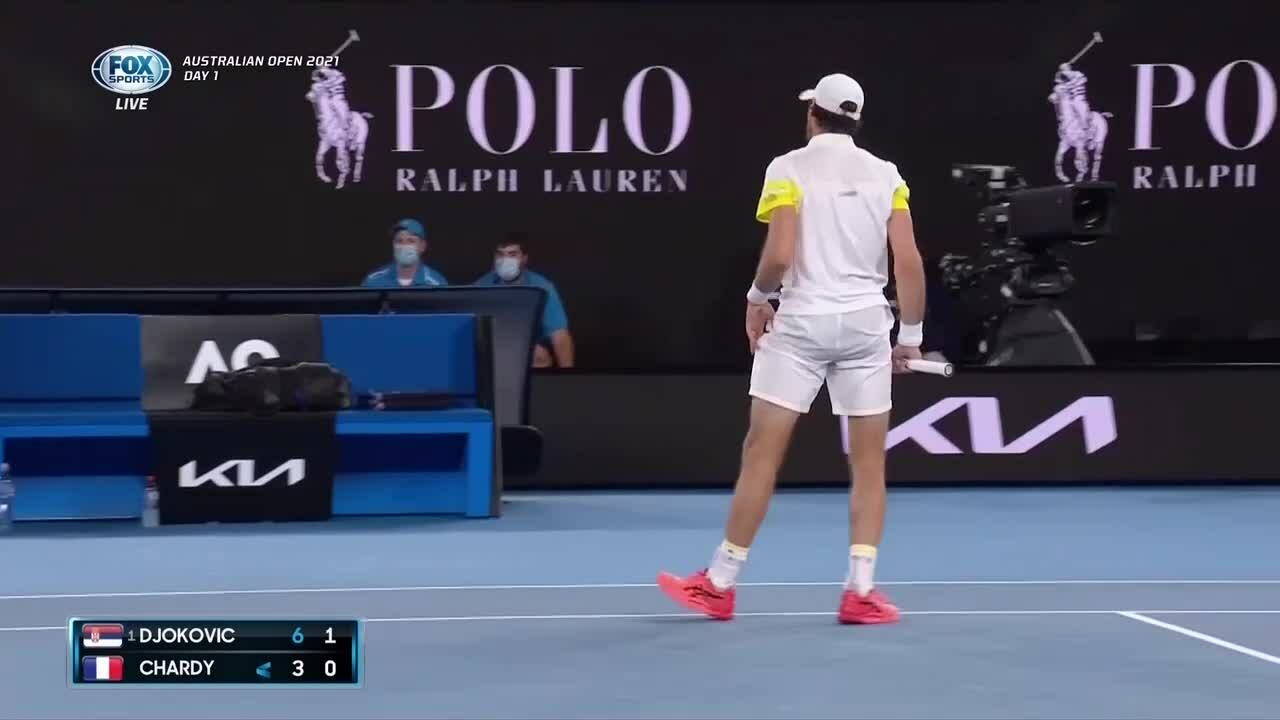 Same branch of the fourth round with Djokovic, seed number 17 Stan Wawrinka Also a good start when defeating Pedro Sousa 6-3, 6-2, 6-4. Seed number 14 Milos Raonic also entered the second round with an easy victory over Federico Coria 6-3, 6-3, 6-2.

At the end of the day, the most exciting match happens when two young talents Denis Shapovalov and Jannik Sinner go head to head. The bout is nearly four hours long, and world No. 12 Shapovalov continues after winning 6-4 in set five. In the victories, 3-6, 6-3, 6-2, 4-6, 6-4, the Canadian player had 62 winner but made 71 mistakes and failed.