Brake discs can be roughly divided into solid and perforated types. The perforated type is very popular in sports cars and has many advantages. However, if you look closely, it may show more wear and dirt accumulation than expected. A dirty disk may not be able to perform its original performance, so be sure to check and clean it regularly!

Translated article authorized to reprint from: Webike
Original reference:[DIY small classroom]Disc maintenance not to be ignored! Many riders know that the pads and calipers can be kept in good condition as long as they are regularly maintained. If the brake dust stays on the caliper pistons, the braking effect will deteriorate. So spray chemicals that keep the metal and rubber lubricated (such as MR20) Before, it is best to clean them with brake cleaner and mild detergent.

All the discs that first appeared on motorcycles in the 1970s, including the first mass-produced model HONDA CB750 Four equipped with a disc brake system, were flat solid discs. However, today, solid discs have almost disappeared from motorcycles, even the small speed can be matched with perforated discs.

The advantage of perforated discs is that air can pass through the holes. By perforating to increase the surface area of ​​the disc to improve the heat dissipation effect, it can also be scraped through the holes to carbonize the edge of the disc.

Brake pads are different in terms of braking force, brake feel, and durability according to their different formula ratios. Some pads provide more braking force as they wear out, while some pads Slightly more aggressive to brake discs.

According to the type of material, LaiLing tablets can be divided into three types: semi-metallic, sintered and organic. Different brands will also use different ingredient formulas to develop their own products. Therefore, it is impossible to distinguish between LaiLing tablets’ brands Or judge the degree of damage and wear to the brake disc.

Accumulation of brake dust can cause malfunctions 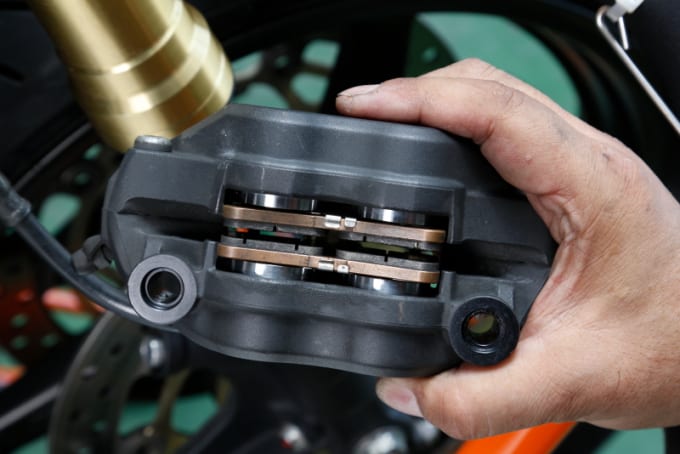 The faster the film wears, the faster its braking effect decays. One of the reasons is that the worn dust accumulates in the disc holes, and the film itself overheats, which is more prone to heat decay.

When dust accumulates on the calipers and caliper pistons, it will also block the holes in the disc. Although the accumulated dust is not much, it can be easily removed by scrubbing with a brush during car wash. Therefore, it is recommended that car owners check the discs while maintaining the calipers. Disk condition, and clean as needed.

By the way, after long-term use, the lamella will wear out one day, but in some cases, careless car owners will not pay attention until the lamella is used up and the metal indicator rubs until the disc makes a sharp sound. By this time, the disc may have been damaged. 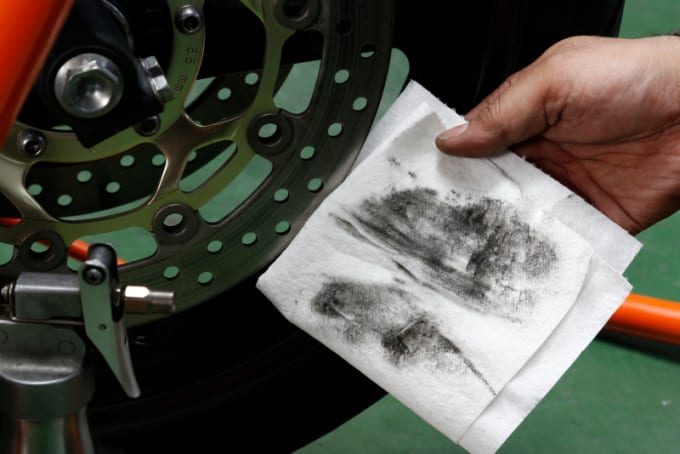 Although the disc hole does not appear to have accumulated dirt and there is no dirt on the surface, as long as the parts cleaner is sprayed and the surface is wiped with a cloth, invisible dirt will adhere to the cloth. On motorcycles used for commuting, no matter the weather or season, the dirt is often more serious.

Cleaning the disc is a relatively simple task. Although it does not seem to have any effect or benefit, as the years go by and the mileage increases, this maintenance method will keep the braking performance of the vehicle in the best condition, so when you are maintaining For wheel bearing and brake calipers, it is also recommended to clean the brake discs.

‘Park Jang De So’ Kim Ho-jung “This is Mureungdowon”

Post Views: 28 Samsung has closed its last factory in China  production at the facility in Huizhou was slashed a few months ago and has now Reuters reports that the factory has been completely shut down. In 2017 the Huizhou factory made 64 million phones, a significant fraction of Samsungs global output of 394 […]

Post Views: 38 Easy at home! Miso soy milk pot Half an hour Introducing the recipe and how to make “Miso soy milk pot” that you can make at home. A hot pot based on soy milk and miso. Stew Chinese cabbage, shimeji mushrooms, green onions, oil, and tofu in soup stock and add soy […]