Redmi recently officially announced the launch date of the Redmi K40 is on February 25th, which means just over 1 day. The event will be held in the Chinese market and not only will one product be showcased.

Recently, Redmi’s official Weibo page has posted a new image of the Redmi K40 in the hands of Chinese actor / singer Wang Yibo (Vuong Nhat Uncle). Specifically, from this poster image we can clearly see the back of the black Redmi K40 with the camera cluster designed almost the same as Mi 11 but slightly longer. The parameters of this camera cluster were also revealed earlier, including the 64MP main sensor on the standard version and up to 108MP on the Pro version.

Redmi also confirmed that the Redmi K40 will be equipped with an AMOLED E4 display made by Samsung. This is the most advanced screen panel ever equipped on both Mi 11 and Galaxy S21 Ultra, so users can be assured of the display quality of this machine, especially with a high 120Hz refresh rate. level. 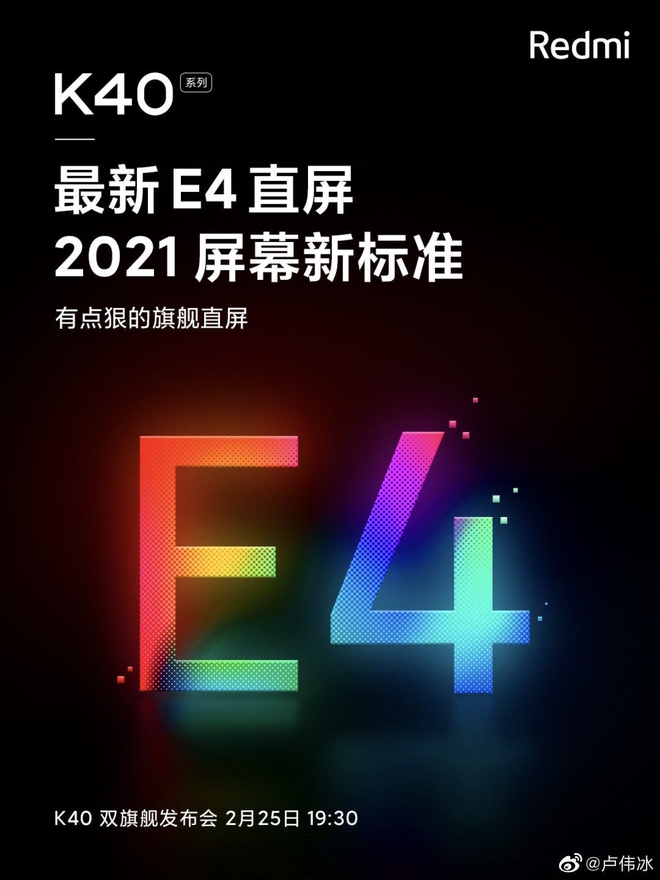 The company also posted more photos of the Redmi K40, teasing a lot of new features that will be available on the next flagship line, including Dolby Atmos technology with improved dual speakers and reproducible sound. dome bars in all directions. This will help the experience of entertainment, gaming or watching movies on Redmi K40 be upgraded. 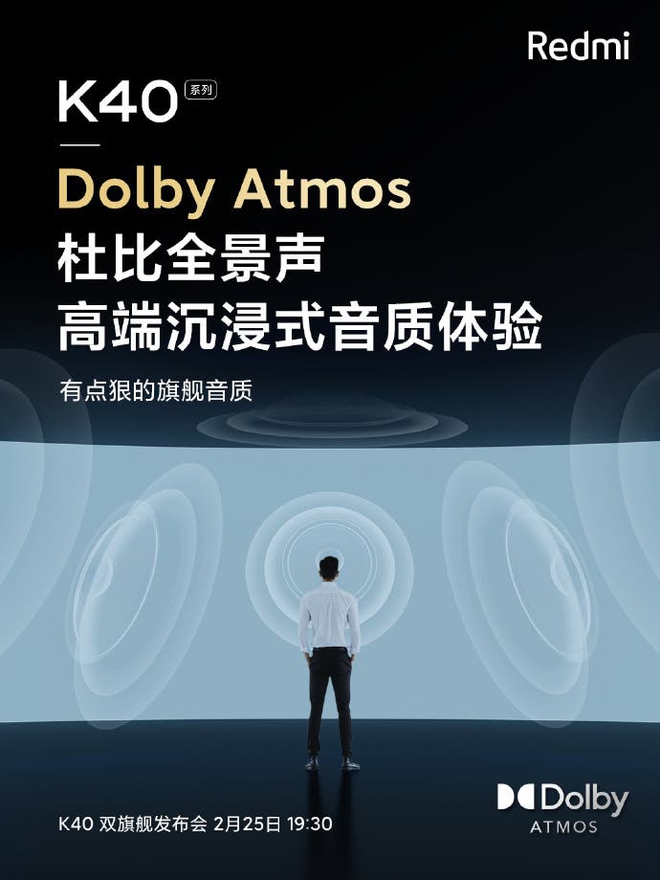 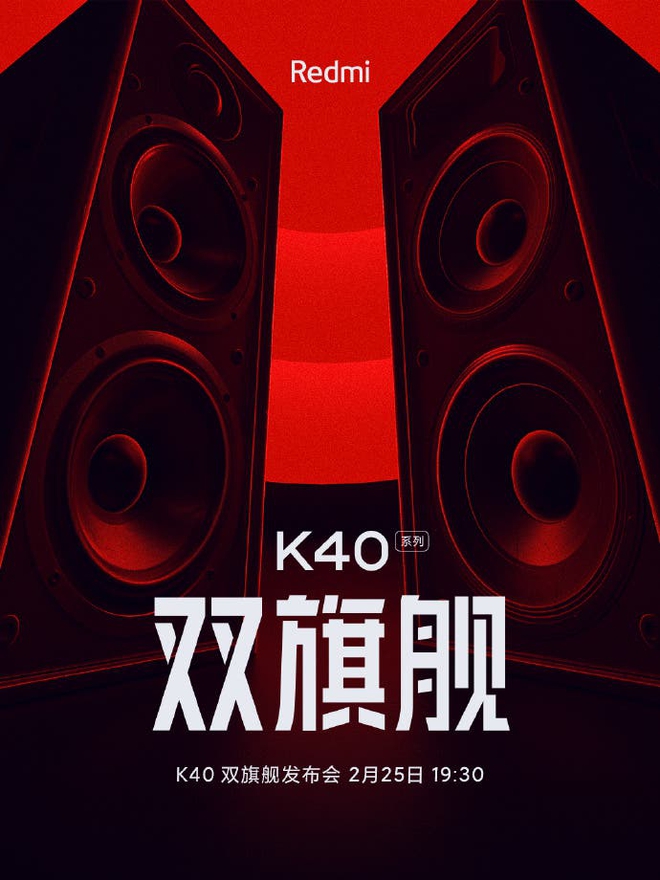 In terms of hardware specifications, the Redmi K40 will be sold in two versions: the standard version and the Pro version, in which the standard version will come with a Snapdragon 700-series or Snapdragon 870 chip and the Pro version will come with the chip. The most powerful Snapdragon 888. The battery of the device is also confirmed to have a capacity of 4520mAh and support 33W fast charging, it is not clear on which version. 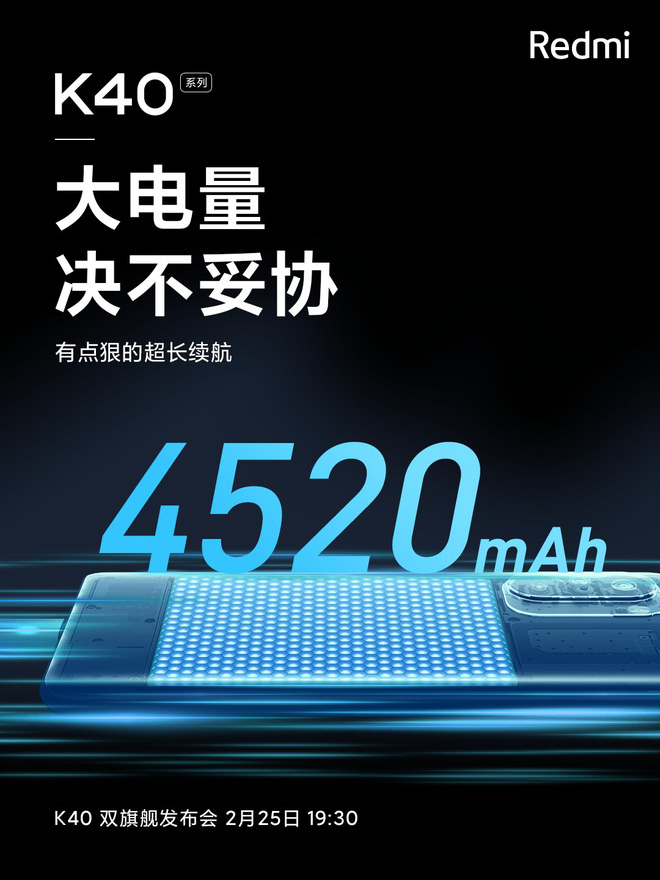 Currently, Redmi has also started the Redmi K40 pre-order program since February 19 and has received more than 230,000 pre-orders, showing that the demand of users for Xiaomi’s new smartphone is quite high, especially. especially for a machine with a level of performance over low cost as the product line of Redmi.