Design based on the Golden Ratio


MSI’s Summit E16 Flip laptop series are business laptops aimed at the content consumer group. It packs a speedy Intel Core i7 chip, a powerful Nvidia RTX 3050 card, and a brilliant 16-inch QHD+ display in a versatile 2-in-1 design.

The machine’s 360-degree hinge system allows users to easily use the laptop in tablet form when needed. With the integration of MPP 2.0 technology along with a quality MSI stylus, artists can easily draw on the machine’s touch surface during work.

With the goal of targeting consumers making content, Summit E16 Flip is equipped with many different types of ports, including 2 USB 3.2 Gen 2 ports, 2 Thunderbolt 4 ports, a microSD card reader and a jack. headphone.

Unlike most business laptops that use the same design language, the MSI Summit E16 Flip 2-in-1 stands out thanks to its design based on the Golden Ratio.

Open the Summit E16 Flip to reveal inside the machine’s strongest point, which is the 16-inch screen, QHD + resolution. To help users have more space to work, the screen of the machine is divided in a wide ratio of 16:10. The bezel on the two sides is quite thin, while the top edge is made a bit thicker to have enough space for the IR webcam. 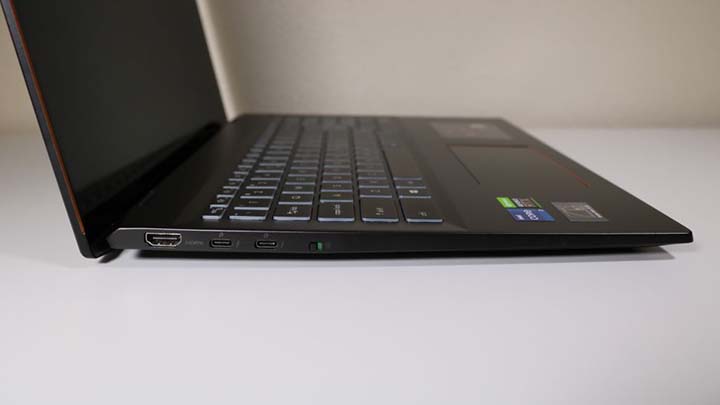 Along the left edge of the Summit E16 Flip, you can find an HDMI port and two USB Type-C ports with support for the Thunderbolt 4 connectivity standard and Power Delivery fast charging. Although the webcam of the device does not have a physical lens closing feature, you can find the webcam off button at this location. Located on the right side, Summit E16 Flip is equipped with 2 USB 3.2 Type-A ports, a microSD card reader and a headphone/microphone jack.

Although a little over 14 inches in length, the Summit E16 Flip still owns a full-size keyboard with a total of 84 buttons. However, to do that, MSI has reduced the size of the buttons on the numeric keypad near the right edge. The number buttons, arrow buttons, and shift buttons should be slightly smaller than the rest of the button keys. Just below the keyboard, you can find a mid-sized touchpad, wrapped inside a gold frame with a fingerprint sensor in the upper corner. 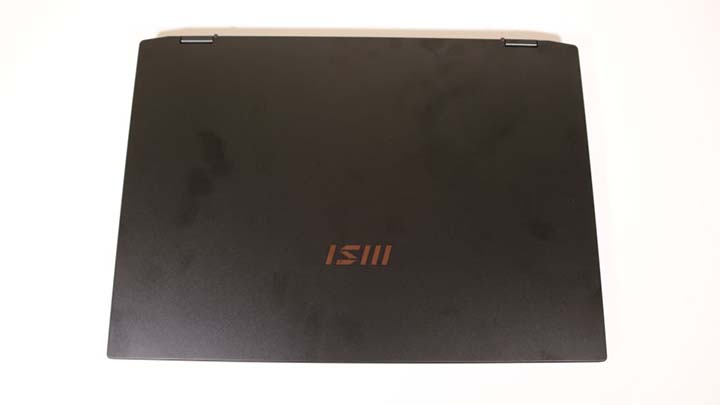 As a graphics laptop, all 3 configuration versions of Summit E16 Flip are equipped with an Intel Core i7-1195G7 chip with a base clock of 2.9GHz, and can be pressed to a maximum of 5GHz. In addition, these versions all have Nvidia RTX 3050 graphics cards with 4GB of VRAM. In terms of connectivity, Summit E16 Flip supports Wi-Fi 6E and Bluetooth 5.2″ standards

The 16-inch screen, QHD + resolution of the device is touch-enabled, and can simultaneously receive 10 touch points at the same time. The screen also supports MPP2.0 technology and can recognize 4096 different levels of pressure when using the included MSI Pen.

In addition to using the default clamshell laptop mode, the Summit E16 Flip’s 360-degree hinge system allows users to easily flip the screen back to turn the device into a convenient tablet.

Despite possessing a slim and light design, Summit E16 Flip is still equipped with an 82Wh battery with an estimated 11 hours of battery life. 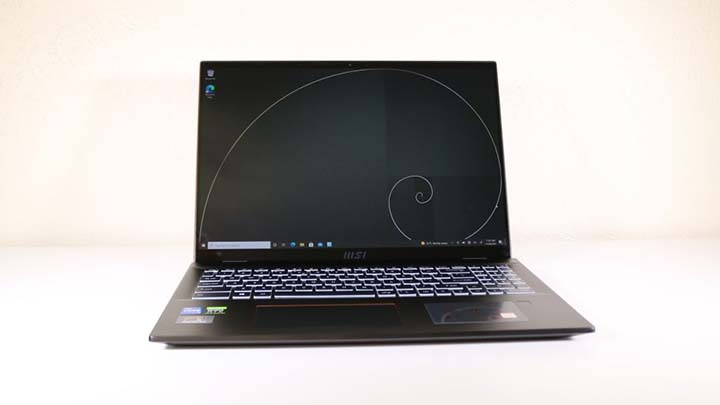 With an 11th generation Intel Core i7 chip, an Nvidia RTX 3050 graphics card and a PCI-E Gen 4 SSD, the Summit E16 Flip delivers enough performance to handle graphic design tasks such as image editing. photos, work with 4K videos, design and build 3D models, and more. Although it can be used anywhere, you should still plug in the laptop if you want to perform tasks that require a lot of processing resources.

During testing, we found the Summit E16 Flip provides a speedy and smooth usage experience for office tasks. The keyboard set of the machine is illuminated with enough light when working in dark room conditions. The buttons of the keyboard set have a not too strong bounce, but still have a fairly deep journey. Similarly, the machine’s touchpad has very good performance, allowing me to easily control the mouse pointer during work.

The included MSI Pen is equipped with 2 function buttons and 1 Bluetooth connection button, which can be used as a remote control when you give presentations. When paired with a laptop, users can assign different functions to each button of the pen.

Summit E16 Flip is a laptop model with quite a long battery life. During our testing, the MSI laptop lasted 9 hours and 12 minutes after continuously surfing the web over wifi, with the screen brightness set at 150 nits. This battery life result is slightly longer than the average of the graphics laptop segment.

Summit E16 Flip owns an effective heat dissipation system, which helps the machine always operate at its optimal level during use. To test the system’s heat dissipation, we let the laptop stream 1 HD video for 15 minutes. 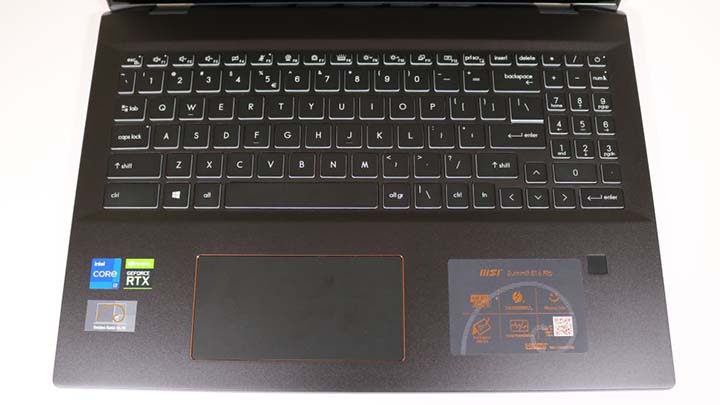 Do you want to own a laptop that can support a stylus?
Summit E16 Flip not only comes with an MSI Pen, but also supports the Microsoft Pen Protocol 2.0 (MPP 2.0) standard, allowing users to use other types of stylus if they want.

Are you looking for a laptop with a large screen?
Summit E16 Flip is equipped with a 16-inch screen, QHD + resolution and is divided by the 16:10 ratio. The machine screen gives users a spacious working space.

Want to play games on your laptop?
Although all configuration versions of Summit E16 Flip are equipped with the Nvidia RTX 3050 series of cards, this is a specialized card for performing graphics processing tasks. The machine is still capable of playing games, provided that you have to lower the configuration level in the settings by 1 or 2 steps.

You need a laptop with a spacious keyboard
The Summit E16 Flip’s keyboard is a full size with 84 buttons, but some function keys on the device are slightly reduced in size compared to the standard level.