Synopsis In the late 2400s AD, in a world where civilization collapsed, humankind was under threat from the monster-like life form Gaddle.Quote-Wikipedia

Do what you want to do!

This work is a TV anime original work.
Directed by Yuzuru Tachikawa and produced by NUT.

View of the world 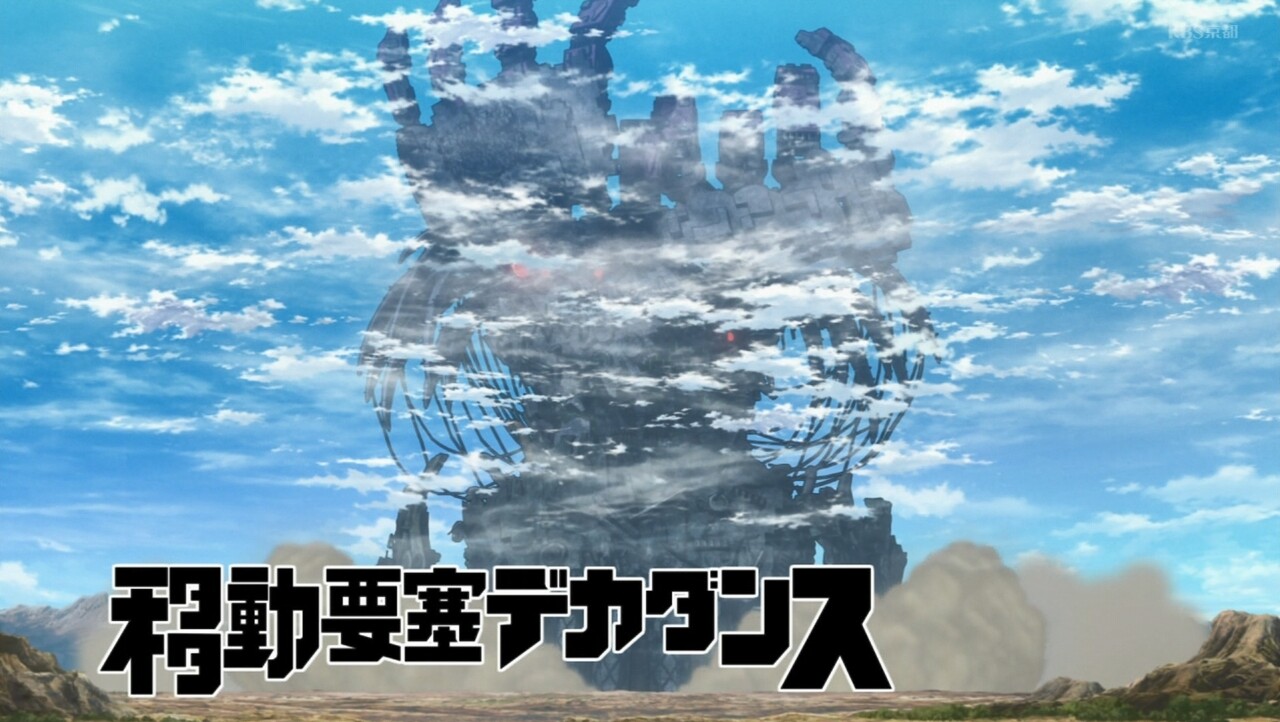 The world view drawn from the beginning of episode 1 is drawn.
The father of the hero who discovers “Oparts” in a dry land and a desolate city.
The father of the main character, “Natsume,” feels that “the world has a secret.”
The young hero who followed such a father is following his father
You are visiting “on the ground”. What appears there is the mysterious life form “Gaddle”.

The hero who was attacked by Gaddle and lost his “right hand” and his father.
From the beginning of the first episode, a cruel world view is drawn, and she lives in them.
Return to “decadence”.

The world’s population has lost 90% due to the “ga dollar”
Make a mobile fortress “decadence” and move it with gaddle’s body fluids
While maintaining it, it maintains the “decadence” that is the new world of humankind.
The battle for the survival of the remaining human beings after the world was destroyed.

Those who have the power to fight gaddles are called “gears” and
Those who cannot fight Gaddle are called “tankers” who support them.
If you are physically and mentally healthy, you can become a gear,
The hero cannot be in gear even if he wants to fight because he lost his right hand.

Giant Mobile Fortress, Steampunk, Post-Apocalypse,
Just like the smell of machine oil and the dusty air in your nasal passages
This view of the world is irresistible.

Life lost mercilessly, they struggle to live.
A collection of what are called “bug” behind the world.
It is swallowed by the world view drawn in one episode. 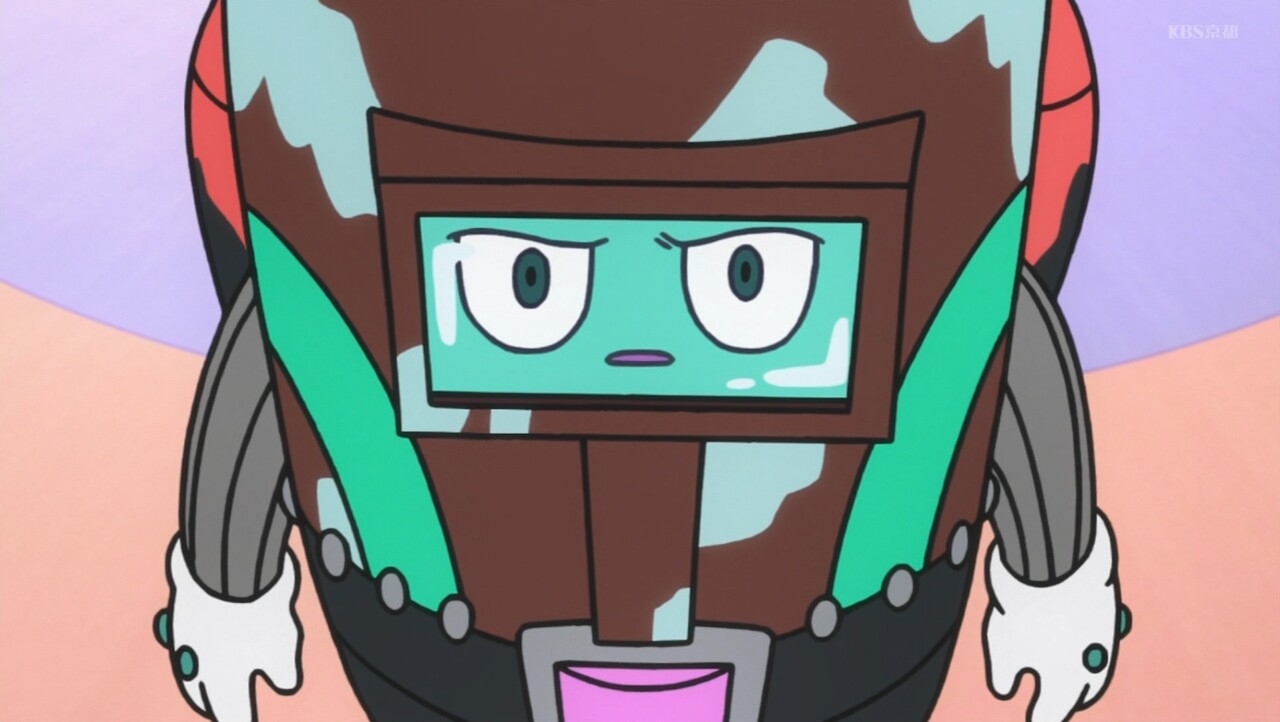 The view of the world that I thought was interesting
In fact, it becomes clear that it is a “game”.
At the beginning of the second episode, the fact was really easy with the narration.
The world view that was presented to the viewer and I thought it would be interesting
It gets a little withered by being spoiled that it was a game.

Humans who lived in electronic space like the Matrix
It is not a development that you notice that it is an electronic space
As players, they know it’s a game, of course.
The secret of the world view was revealed too easily,
I am shocked in a sense by its lightness.

For other works, the level at which the production side says “spoilers are prohibited”
By presenting the secret that upsets the world view at the beginning of the second episode
On the contrary, what kind of story will develop from here
It makes me feel a sense of expectation. 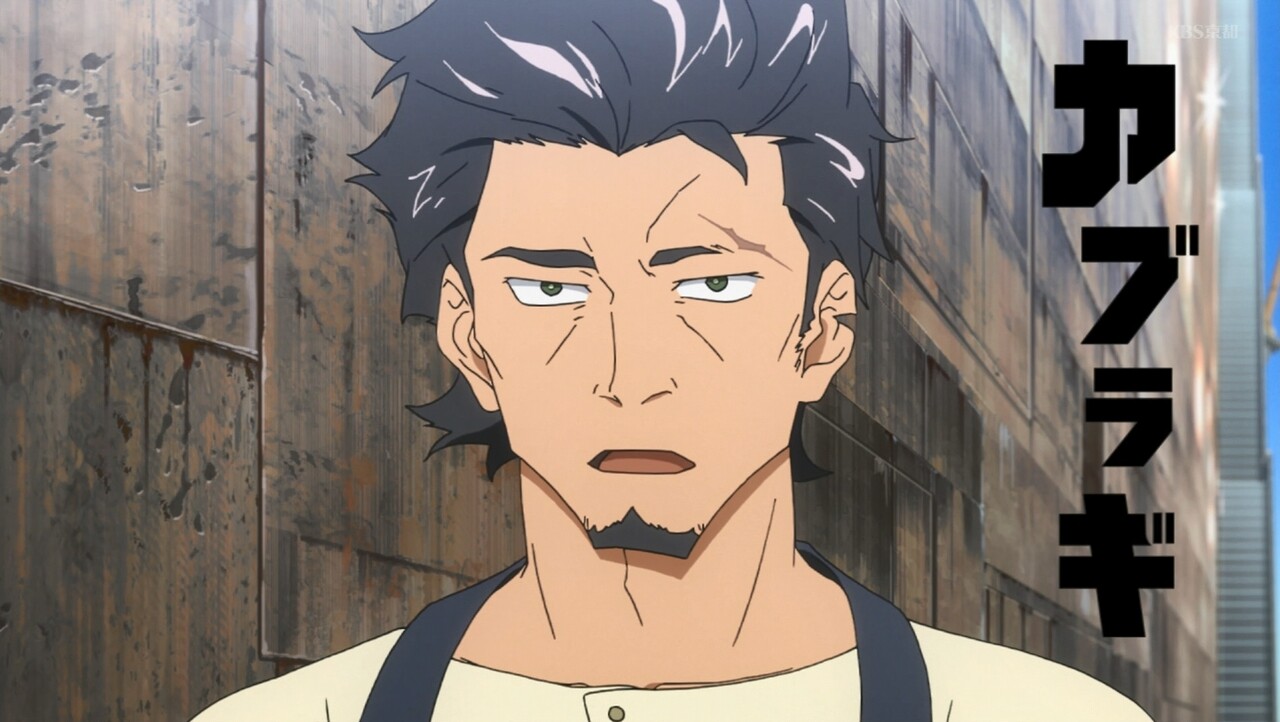 The setting revealed in episode 2 is a little confusing.
There is no doubt that it is a game called “decadence”,
Decadence is a real-life game.
Humans in the real world are endangered and the player is a cyborg.
If you cheat, they will be scrapped by the operating company.
Still, they are playing decadence for a “live feeling”.

The same in-game setting is that “humans are endangered”,
That creates complexity, and the cyborgs
It is drawn with character design and drawing like “Cartoon animation”
It’s a serious story, but I can’t get a serious atmosphere
Chiguhagusa is also born.

The surviving humans live in decadence as “NPCs”
Just like a cyborg if it is deemed unnecessary for the system
Treated as a bug and disposed of.
Living under the control of an AI ruler named System
Cyborgs, and human beings who are treated as NPCs and do not know the truth.

Influenced by the straightforward thoughts of a girl who doesn’t know she’s being managed
“Kaburagi” that was dominated and gave up is for the system
We will find some hope in Natsume, who is an irregular existence.

Those who know the truth and those who desire world peace. 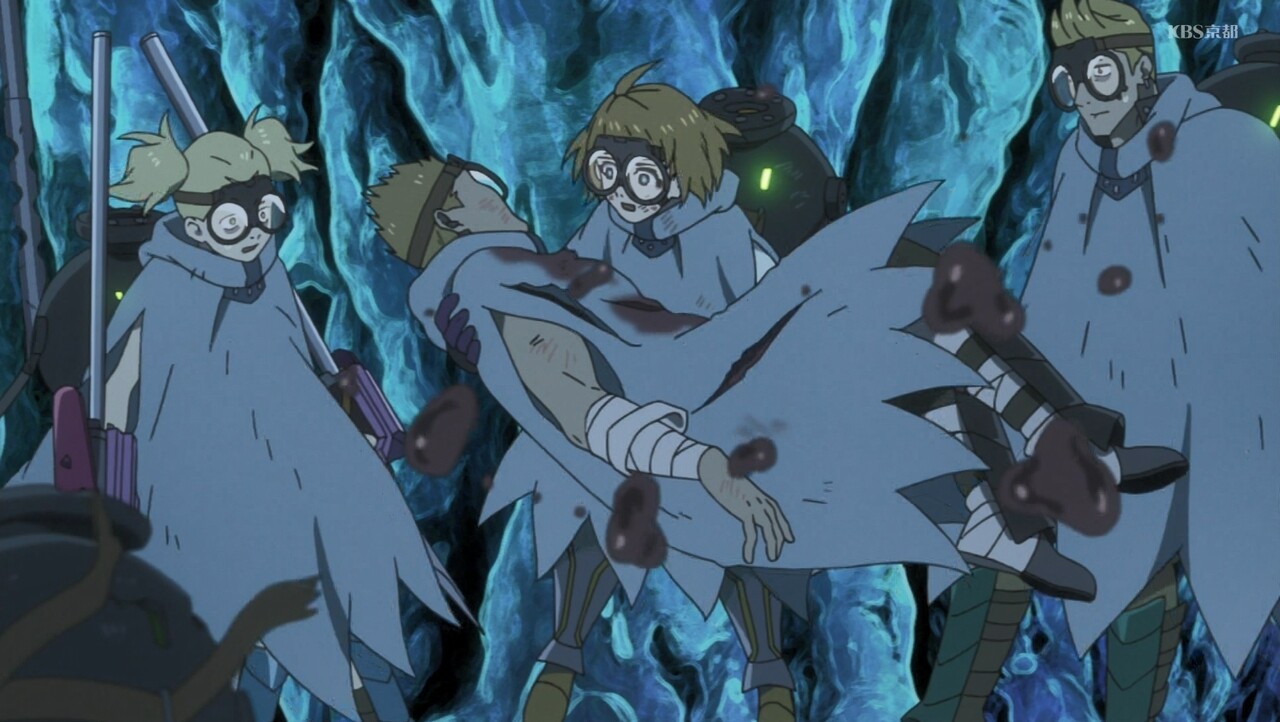 A cyborg who knows the truth and a human who does not know the truth
The story is drawn from the middle stage.
“Kaburagi” knows that this world is a game,
I know it is managed by AI.
Therefore, I also know the losing event in the game.

However, “Jujube” does not know the truth. Not knowing that it was a losing event,
As a human being, living in this world, without knowing the game
Above all, she wants to fulfill the feelings of her dead father
I will challenge the battle without knowing the truth.
She seeks freedom and peace in this despair and endless world.

However, Kaburagi realized that there was no freedom, peace, or end in this world.
AI management and the irregular free will of human beings called jujube
I get lost, think, and be influenced by the board.
“Freedom” and “salvation” for Kaburagi who was dominated and gave up
Kaburagi also becomes irregular to help the existence of jujube

The viewer sees this story from a completely “Kaburagi” perspective,
At the same time, I also understood the feelings of the main character, Natsume, in “decadence”.
You can sympathize with Kaburagi. 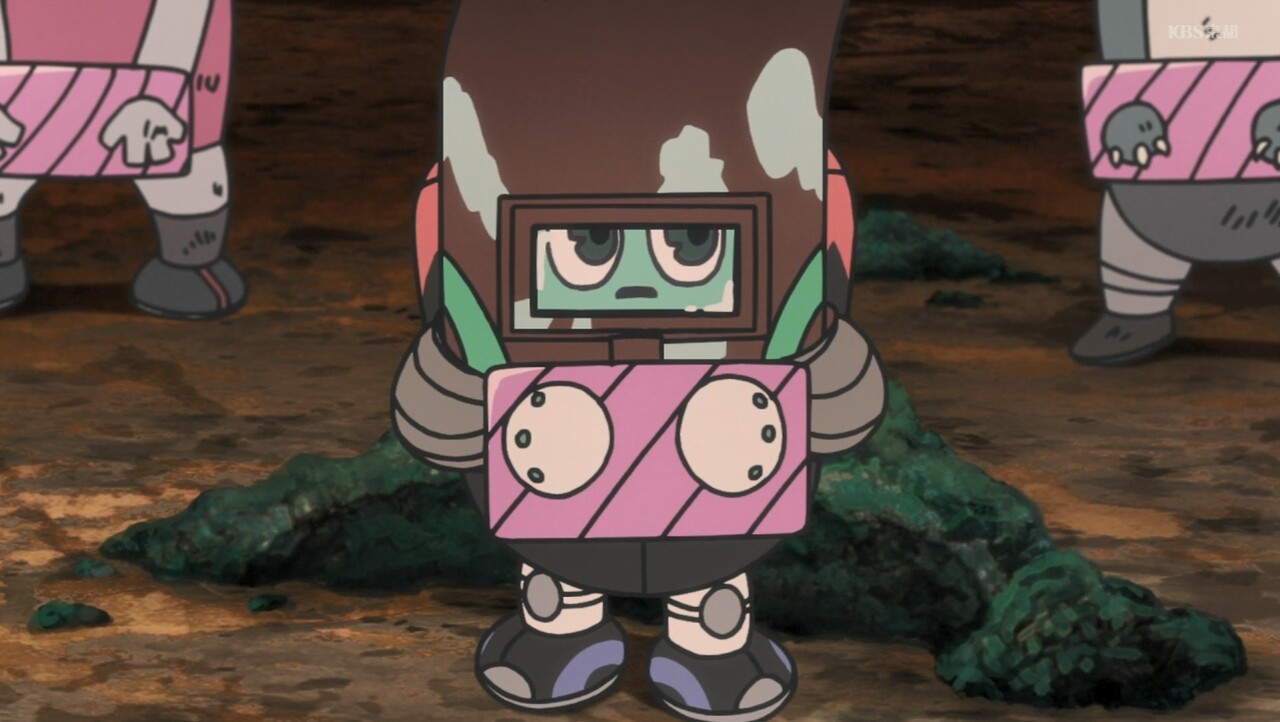 A “rebellion” is associated with a controlled society and a dystopian worldview.
Kaburagi sympathizes with Natsume’s lines and behavior, and like her
You will also seek freedom yourself.Because he knows all the truth
Try with a jujube who knows nothing to destroy the system itself

Society needs a system called order.
It is because the order has collapsed in this world and 90% of humankind has been destroyed.
Most of humanity is in the name of cyborg or combing order of whole body machine
I was enjoying decadence.

But that is synonymous with being dominated.
Order, freedom, domination and society. Opinions disagree within the same cyborg,
In the fight, Kaburagi chooses destruction and freedom.

Although Kaburagi’s enemies are depicted as evil, they can never be called evil.
Those who try to live in the order of the system also
It’s one of his own choices. That’s why I can’t hate it.
The nine episodes of the conflict between principles, assertions, and ideas can be said to be the mountain of this work. 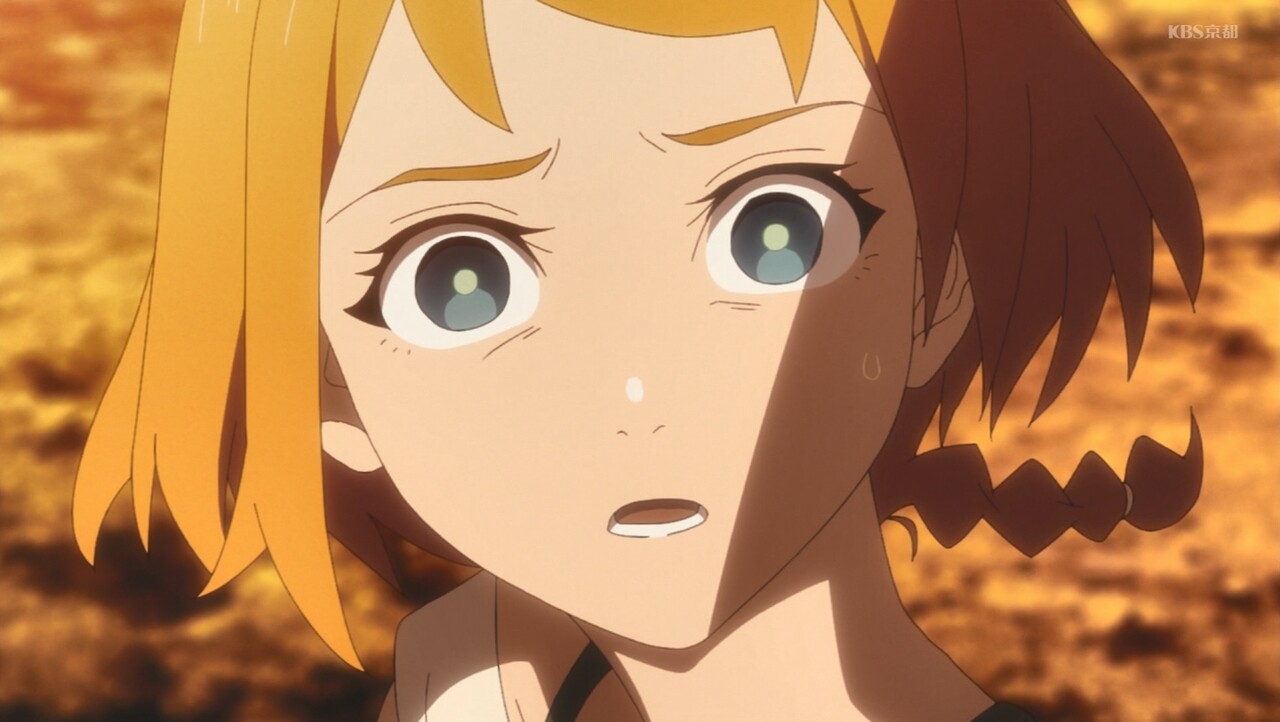 “Natsume” also knows the truth while the system named order is destroyed.
The world I tried to protect, the existence I fought,
Even the existence of Kaburagi knows that it is “false”.
Knowing the truth, once desperate and despairing.

Although I feel that I accepted the truth a little easily because of 1 cool
The story progresses at a tempo because it is one cool
There is a solid sense of exhilaration. 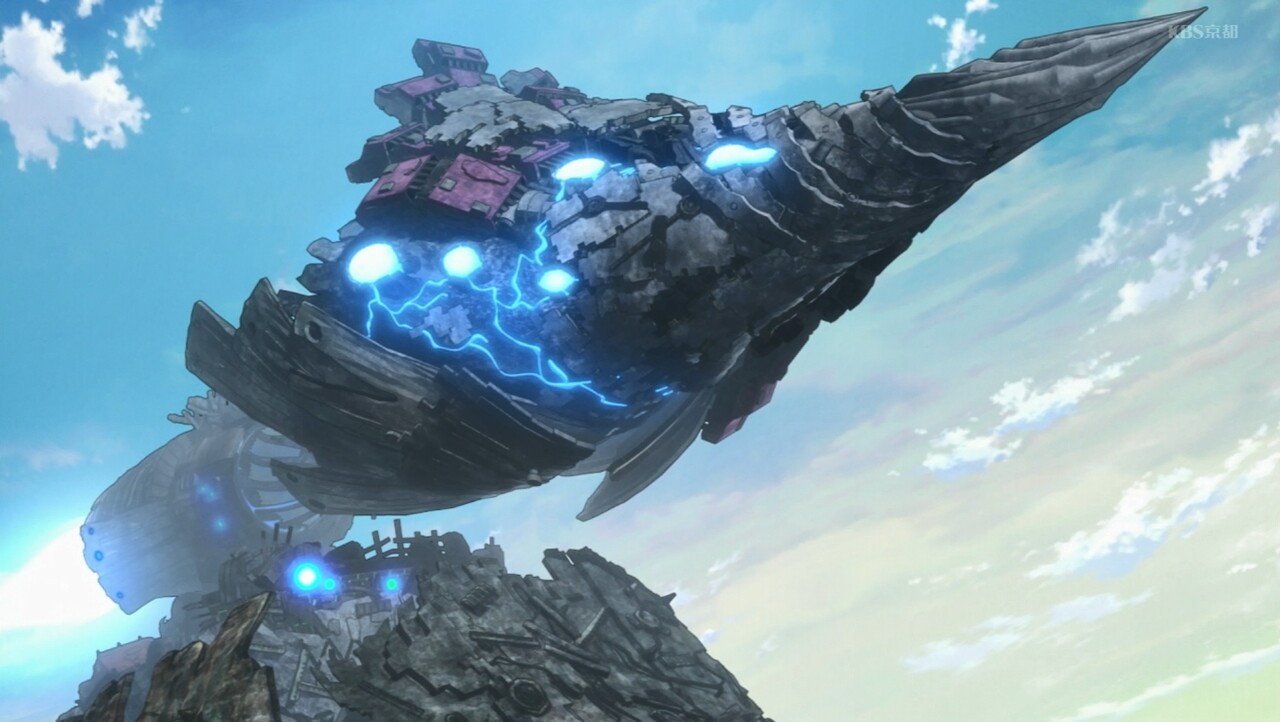 Even the “Gator” that was prepared and created as an enemy in the game
They seek freedom in their own way, and as a result, evolve and face humanity.
Humans, cyborgs, gator, unleashed from the order of the system
And AIs fight for each freedom under freedom.

Decide what you want to do. free.
This work has a straightforward story,
The heartfelt and pleasant story makes the final story hot.
Humans with human bodies and cyborgs with mechanical bodies
Shake your “soul” and fight for your own life.

Kaburagi’s friend who was on the system side also became a bug and cooperated with Kaburagi,
Activate “Decadence”.
It doesn’t matter what your body is, you have a soul in decadence and fight with the weapons that everyone has created.
It’s a hot-blooded development that made me feel after a long time.

This work will be “Robot Anime” at the very end.
One cool with everything the production side wanted to draw,
The production side also feels that they have enjoyed making it.
After all, many of the characters are smiling at the final stage.

Their “decadence” that is not freely controlled.
Penetrate with a “drill” that can be said to be a symbol of romance,
As the word says, the figure of “Kaburagi” who has destroyed everything is destroyed by himself.

General comment: This is what they wanted to do 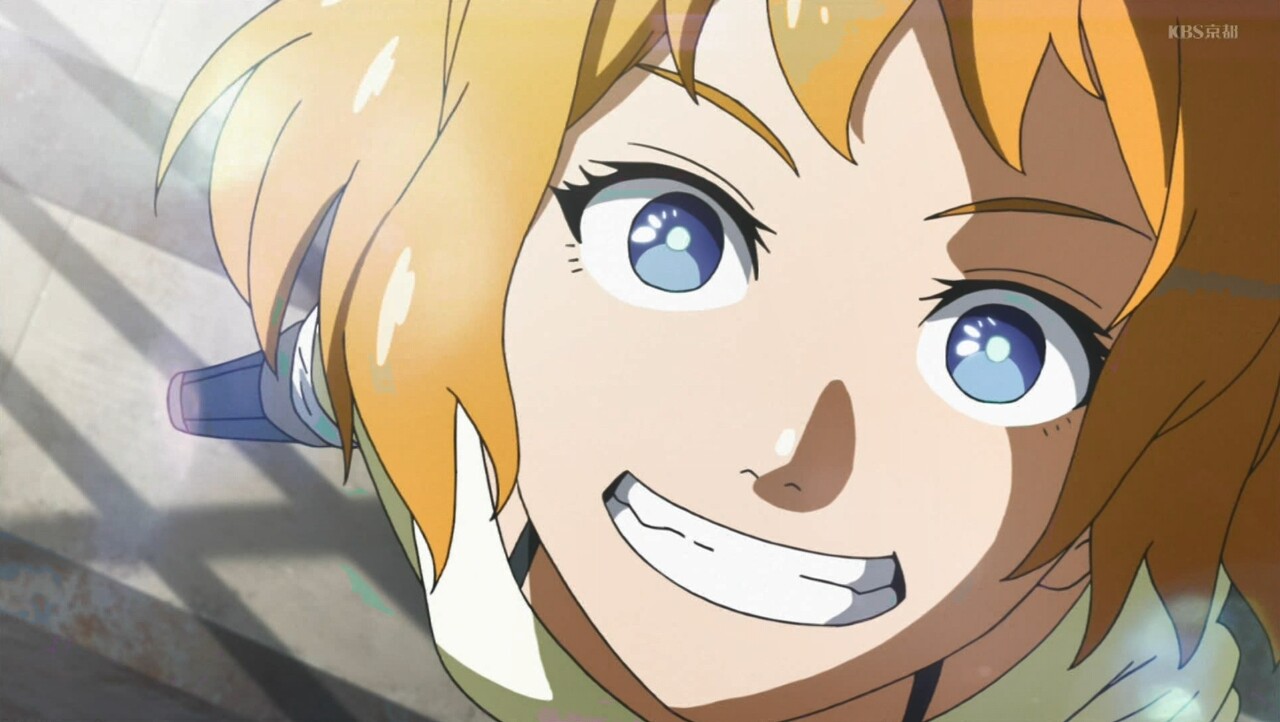 Overall, it’s a work packed with “what you want to do” on the production side.
In one episode, a huge mobile fortress, steampunk, post-apocalyptic from a jujube perspective
If you think that you showed the world, in episode 2 you will be a dystopia from the perspective of Kaburagi
If you draw and then go straight to the story of “dominance and freedom”,
At the end, it will be a robot animation that destroys everything with a drill (laugh)

Various elements are mixed up,
Although the explanation of episode 2 is complicated,
“What will happen to this story, what will happen to the characters?”
And, it is an animation that is purely anxious, and seeks freedom there
It is a work in which “characters” are alive.

There are so many elements, and although there are some cluttered parts,
It is organized neatly in one cool.
Originally it is about 2 cool and the part that can be drawn more deeply
I think it was there, but it’s a simple work in a good way.

To see the last picture of the final episode, that one picture
It’s a good last to say that this story existed,
It was a work with a gentle aftertaste of “I saw a good work”. 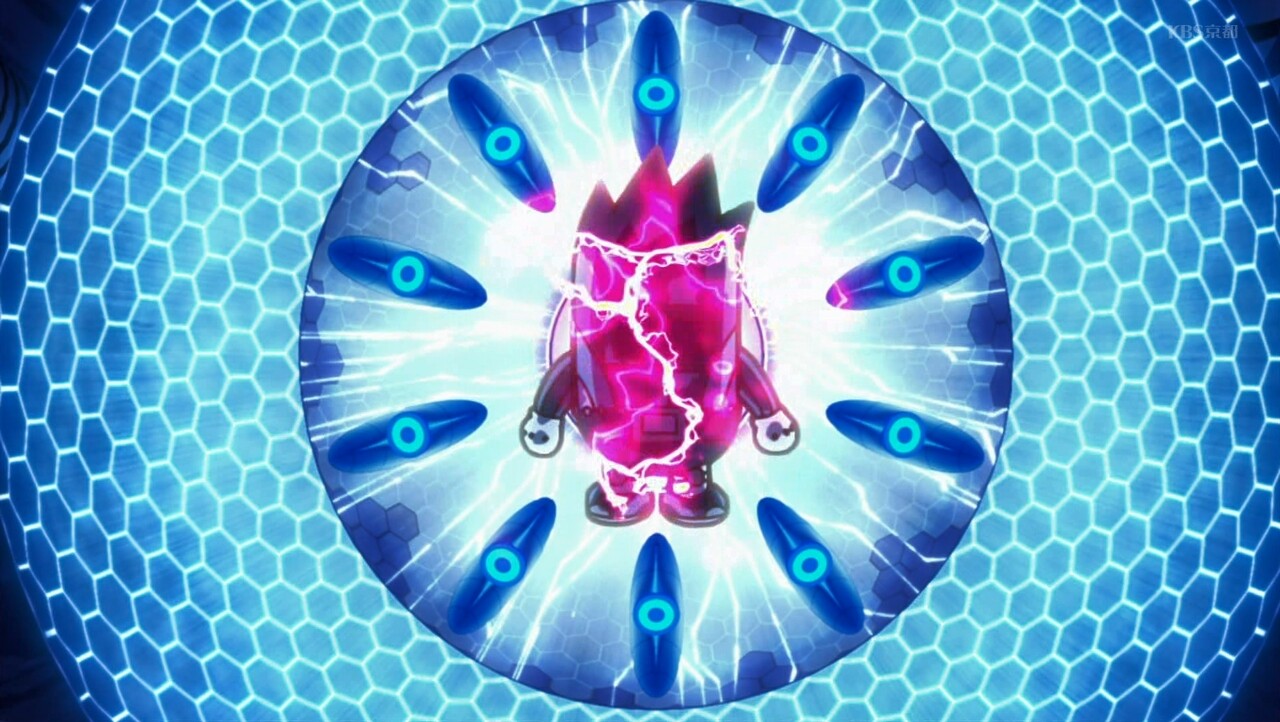 When you fell in love with the world view in episode 1 and it was easily overturned in episode 2
Although it seemed to be a little over-the-top,
From there, it is a work that develops a pleasant story in a good way.

The characters are also lively, and the cyborgs
Although I wasn’t used to the cartoon design at first
From the middle of the game, I even had a strange attachment.

A story that seems to be expanded a little more because it is one cool
There is also a feeling that it is firmly organized, and in that sense it is 2 cool
It feels like I wanted to see this work.
It may be a proof that I enjoyed this work that much.