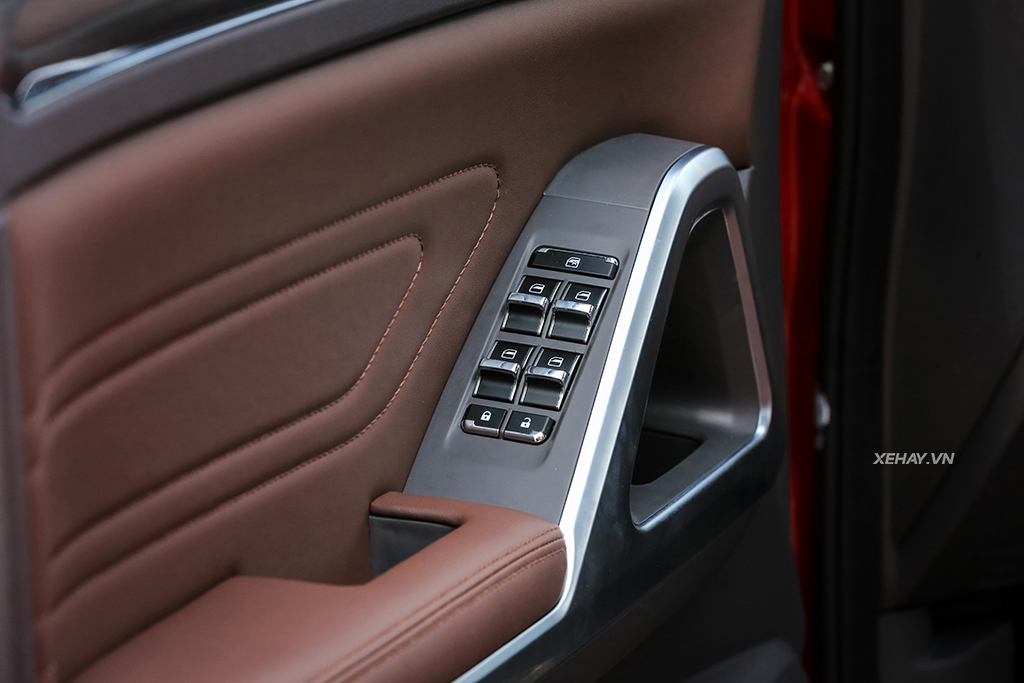 These switches are easy to mislead. 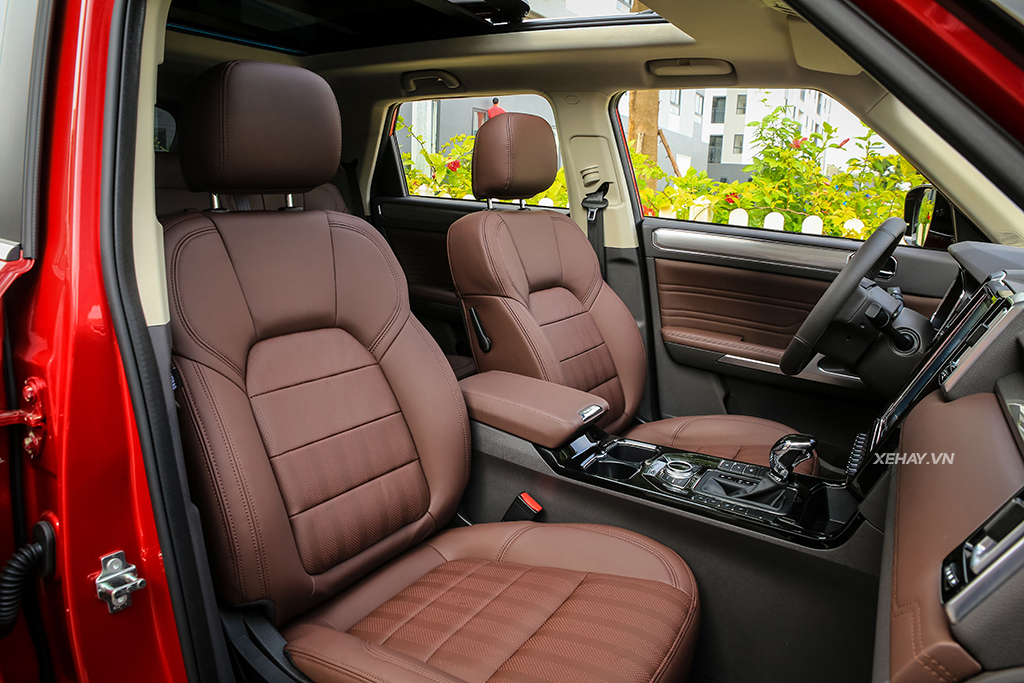 However, the seats of BAIC Q7 are both more beautiful, hugging, quieter and wider than the seats of the two competitors. Thick shoulders, hip cushions are also very thick and smooth, the back of the seat and the seats are ventilated, looking very “kind”. And yet, the center armrest is much larger than the HR-V or Kona, and comes with a larger storage compartment below. Still not over! The front seats of BAIC Q7 come with both heating and cooling features! As for the seats and dashboard materials, the pi panel, I boldly assert that BAIC Q7 “broke” Hyundai Kona and Honda HR-V. 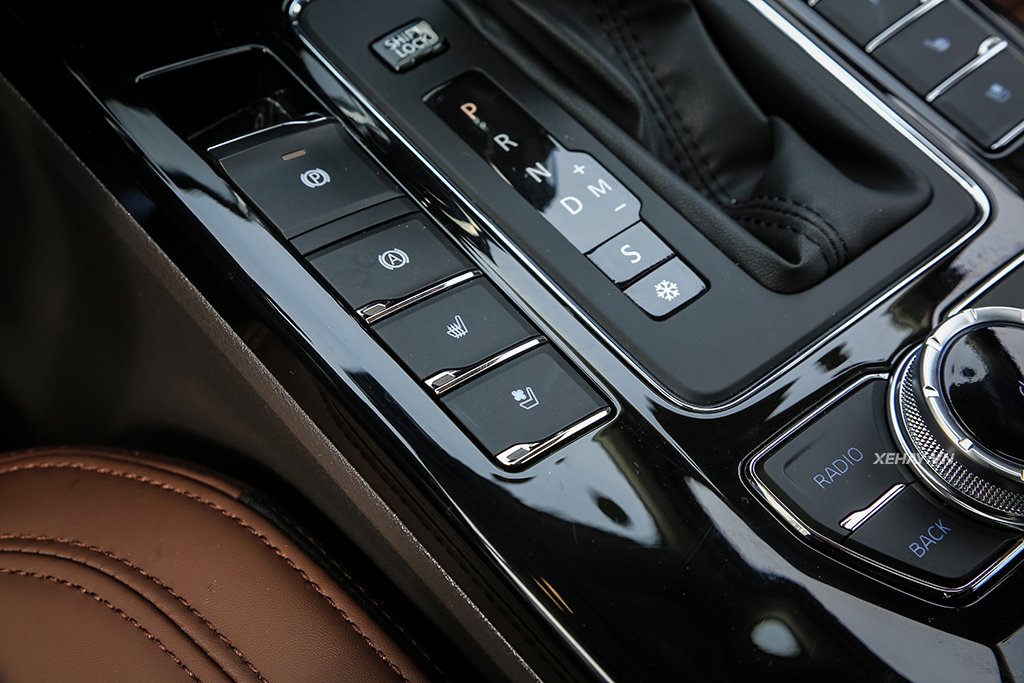 What about toys, equipment on BAIC Q7 vehicles? The first toy I mentioned above (heating, cooling the seat) – this is what you have to spend money on luxury cars. Next is the panoramic camera (360 camera). This is something I like very much on the BAIC Q7 because it is quite sharp and offers many viewing angles, very handy. It can be seen that BAIC Q7 has made good use of the advantage of a large screen to provide a better experience for the driver: we have both a panoramic aerial view, a camera angle in front of the car, and a half angle The car body is displayed at the same time. In fact, this type of display is “wiser” than the Range Rover 360 camera model is! Combined with front and rear collision sensors, the BAIC Q7 is clearly more comfortable to experience than just a single reversing camera of HR-V or Kona. 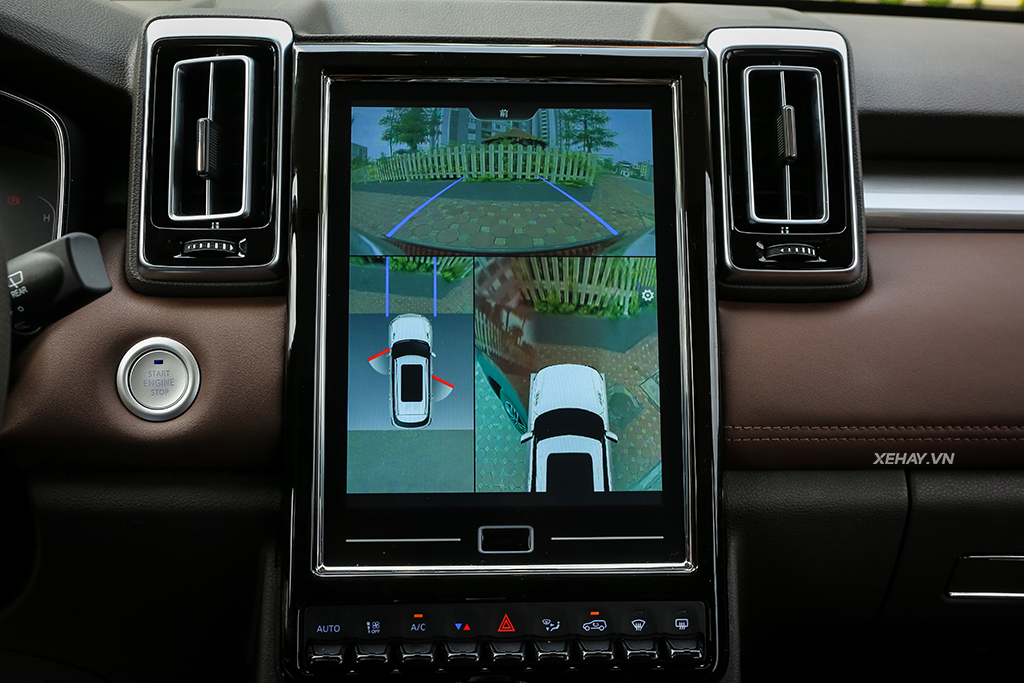 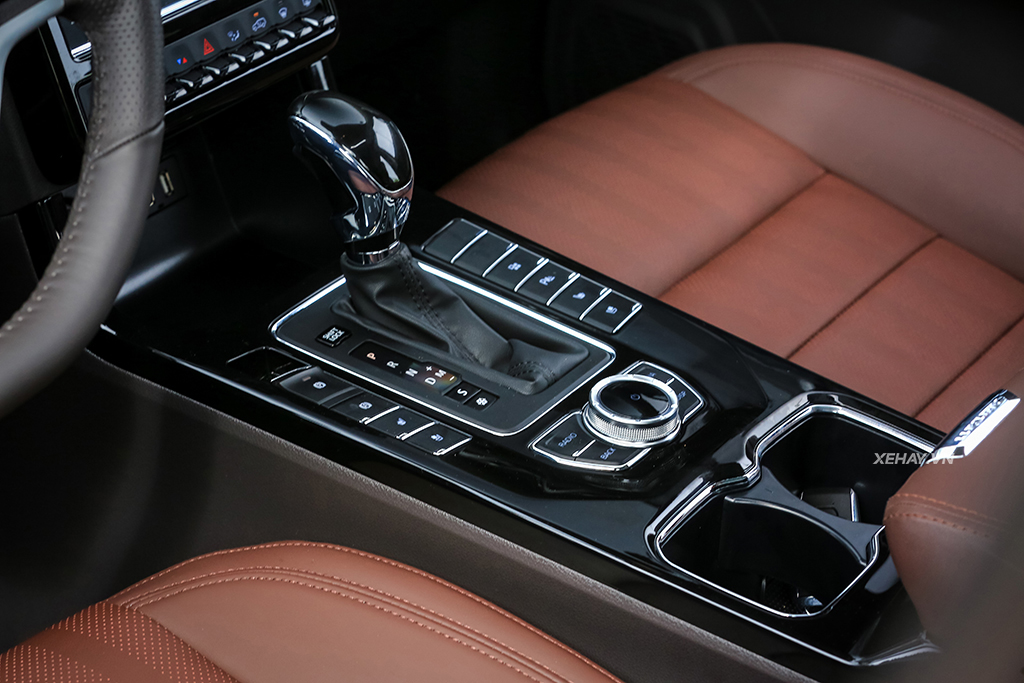 BAIC Q7’s other well-equipped facilities and small designs also deserve to be listed: very nicely made engine buttons, individually designed air vents, telephone keypad center console. Vertu resembles Porsche with many buttons, including an electronic handbrake, activating the engine stop system when the light is red, and the rotary knob cluster of the infotainment system is as beautiful as Audi. We also have the auto central anti-glare rearview mirror, ghost panora sunroof, interior decorative LED lights, electric trunk with opening / closing with a footswitch etc. Really, if you temporarily ignore the trade factor In effect, BAIC Q7 is a car that brings a lot of value with a rolling price of 690 million. BAIC Q7 1 point, Kona 1 point, HR-V 1 point.

So what about safety equipment? I will use this image:

That’s it, quite a lot of necessary safety systems, right? If you are really careful, you will find lack of Hill Assist and if you are extremely careful, you will see a lack of both warning and automatic braking system if there is an obstacle ahead (Mercedes-Benz PRE-SAFE PLUS or City). Safety of Volvo). However, fairly, the HR-V and Kona in Vietnam do not have the warning system and automatic braking. 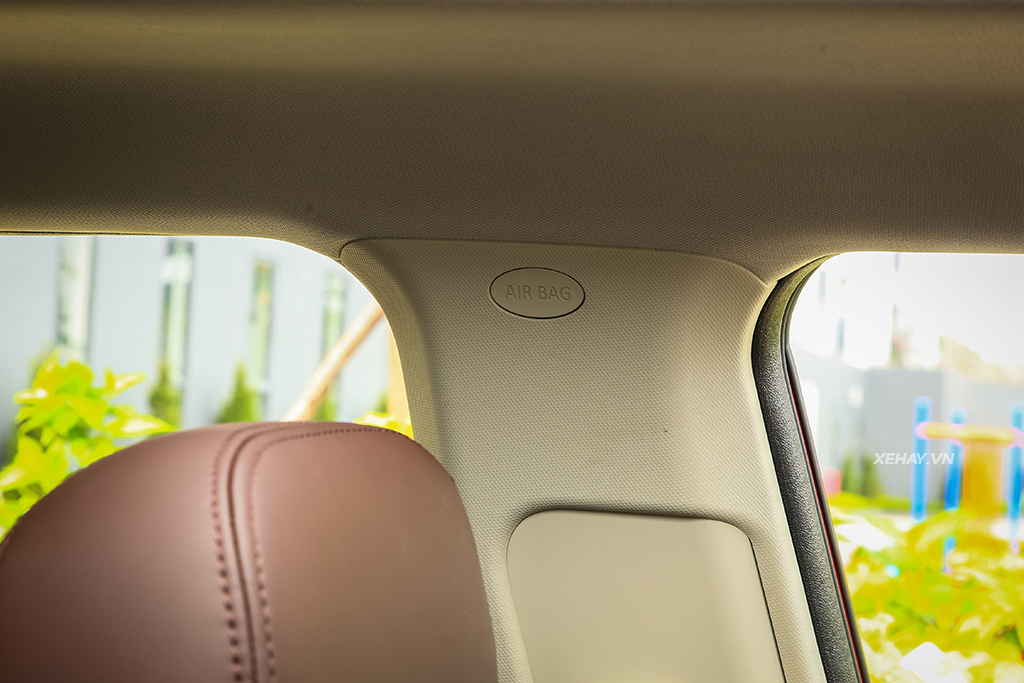 Many people wonder whether active, passive safety systems on Chinese vehicles will work as designed. It was the apprehension that I fully understood. Of course, I can’t … crash this BAIC Q7 to prove its safety. BAIC Q7 also achieved 5 stars China-NCAP (according to the manufacturer’s announcement), although in my experience, this so-called C-NCAP is not very reliable. 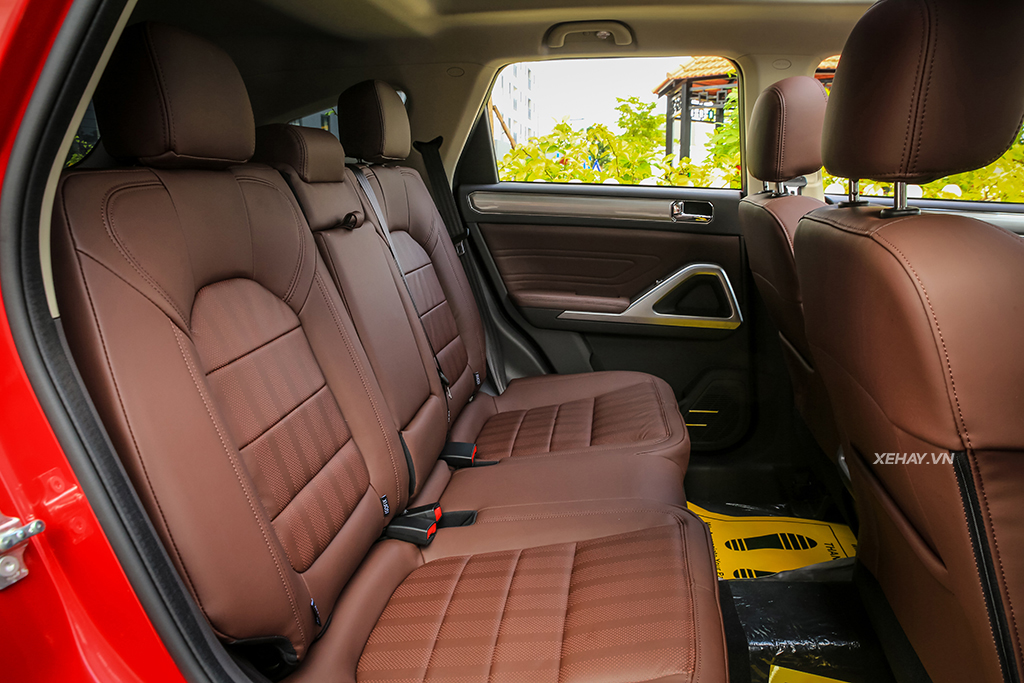 Interestingly, recently, an accident involving another Chinese car (Zotye Z8) happened. The car was badly damaged but it was important that the two people in the car were not seriously injured, only scratched a little because of the broken glass. Many people have commented that the car “crashes slightly but was crushed” but if the driver said that “the car is running at very high speed, crashing a small tree, stopping when hitting a big tree” is true, the car No matter how hard it will be crushed. The important thing is that after the accident, 2 passengers in the car were still unharmed. I also can’t compare whether the chassis of the Zotye Z8 or BAIC is stiffer, but at least we can see how a Chinese car is in an accident. In addition, Zotye is just an emerging car company, not comparable with BAIC Group. 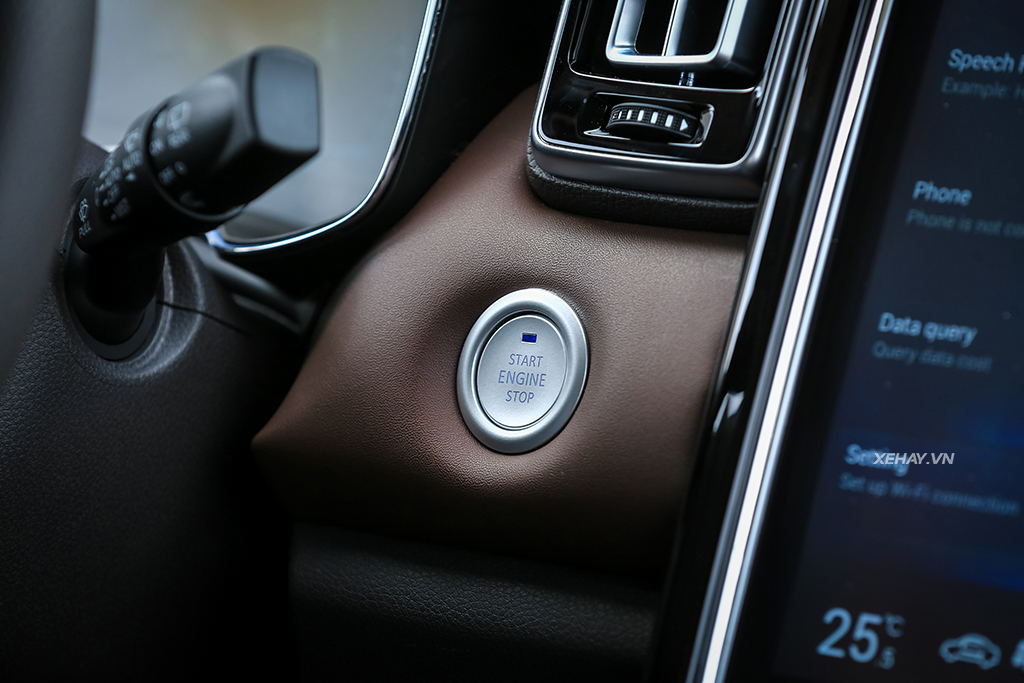 BAIC Q7 owns Mitsubishi engine, codenamed 4A91t, from Mitsubishi’s 4A9 engine series – hearing the Japanese engine you feel more affectionate, right? This engine was researched and developed simultaneously by Mitsubishi and DailmerChrysler and produced by MDC Power in Germany (oh!). All variants of the 4A9 series have a motor block, an aluminum alloy body and a MIVEC intake valve timing system. 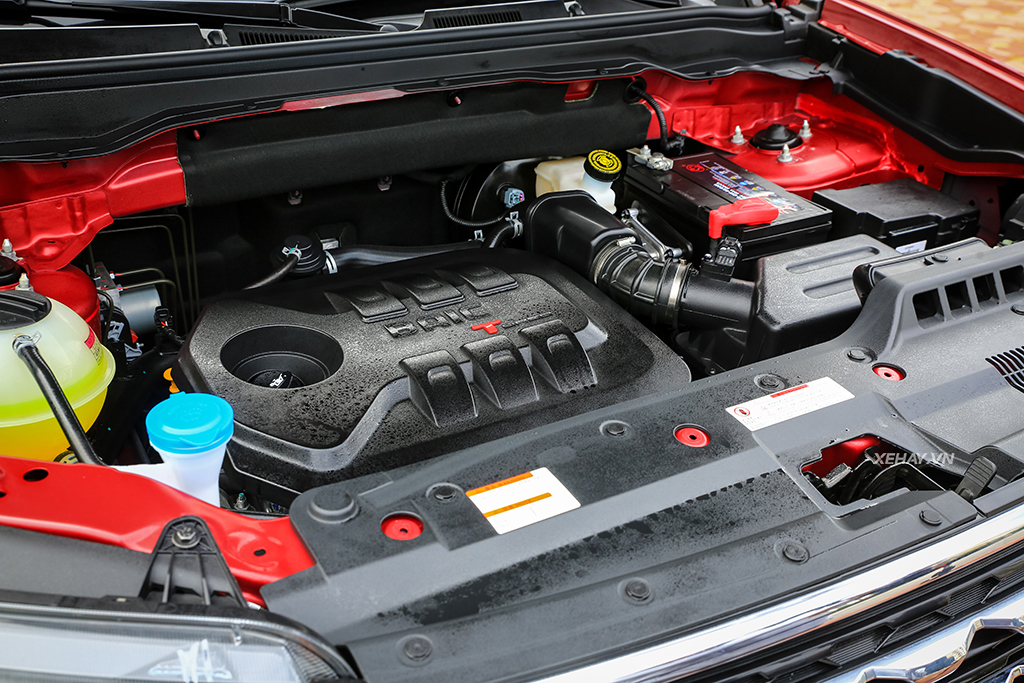 I will make an interesting comparison: the Mitsubishi Xpander engine is this 4A91 series with the configuration – 1.5L cylinder capacity, natural gas intake, for a maximum capacity of 104 hp and 141 Nm. BAIC Q7 uses this engine, 4A91t, but has added a turbocharger to reach a maximum capacity of 150 horsepower and maximum torque of 210 Nm. Thus, the engine of BAIC Q7 is “better” than Xpander! Of course, there will be people who prefer a naturally aspirated engine anyway, concerned about the durability of a turbocharged engine. But technology is always developing day by day, the engines of BAIC Q7 and Xpander share a “bloodline”, researched by Japanese – German – Americans, manufactured at the same factory in Germany. Perhaps we do not have much reason to doubt the quality of the BAIC Q7 engine. 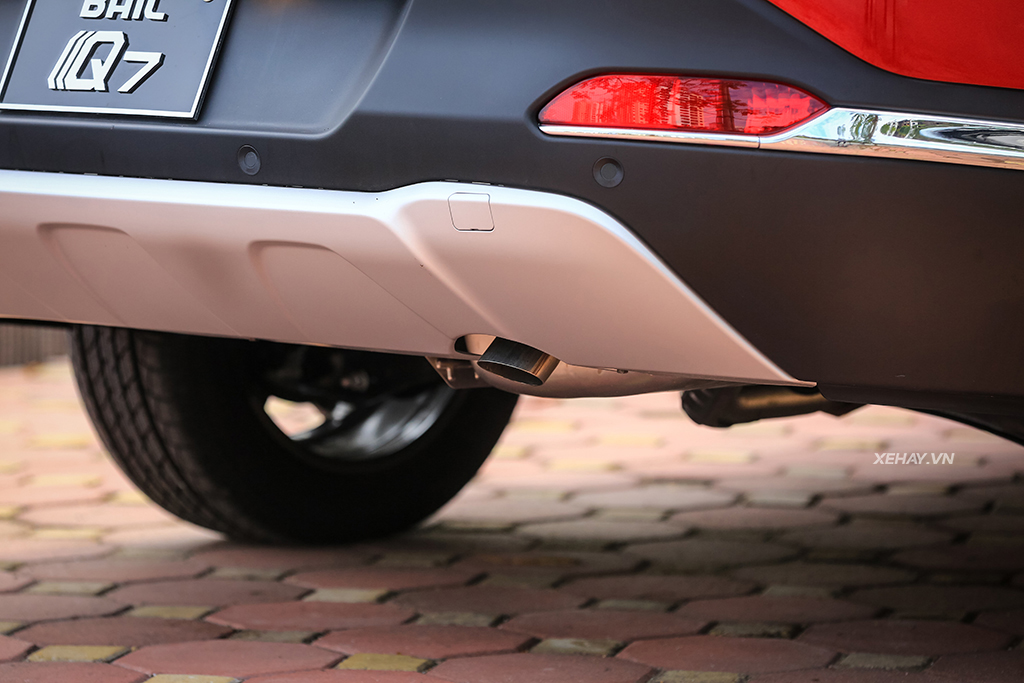 Compared with the HR-V, it can be seen that Honda HR-V scores with the engine block of 141 horsepower, 172 Nm of R18Z9 and the same family of R18 with the 9th generation R18Z4 engine of Honda Civic, only a slight difference in billion. number of compression. R18 series engines are always appreciated for reliable durability – that’s what makes Honda’s reputation. However, the technology increases the BAIC Q7 still marginally better in terms of capacity. 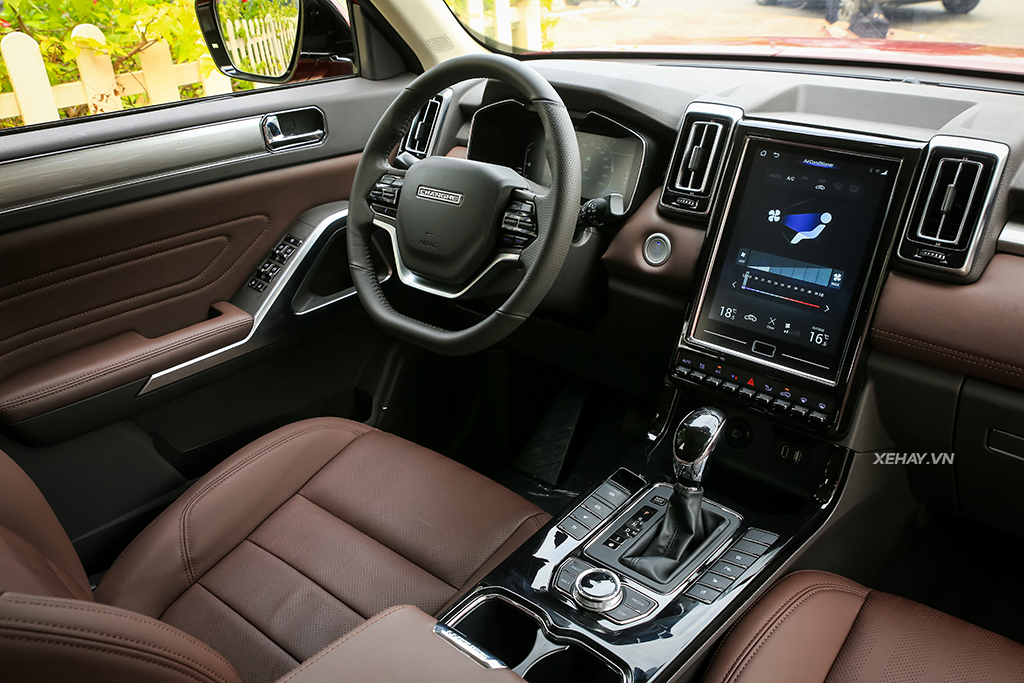 In fact, among these three cars, I still prefer the Hyundai Kona’s turbocharged 1.6L engine. 1.6Gma T-GDI engine block, codenamed Kona’s G4FJ, is only 100 cubic centimeters more than BAIC Q7 (equal to the engine of a Honda Wave Alpha!), But has an outstanding capacity: 177 horsepower, 265 Nm . This is the “hi-tech” engine block in the segment and you do not worry about the durability of this turbocharged engine block because G4FJ also has a more powerful version with 204 horsepower on the Hyundai Elantra Sport. Hyundai also regularly ranks among the most reliable automakers according to user survey results by JD Power. 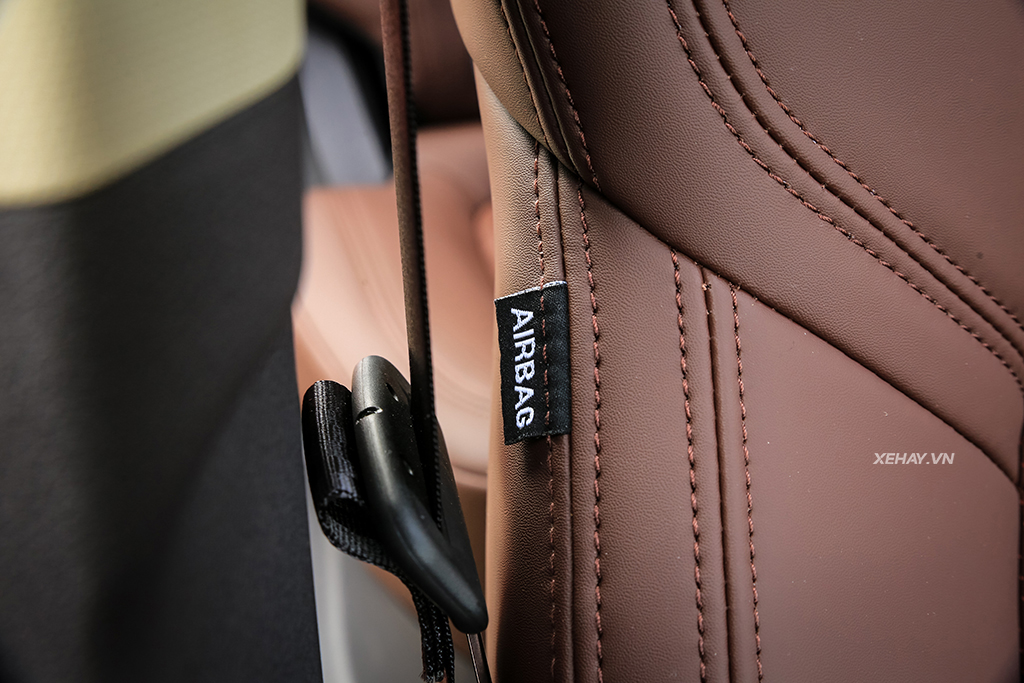 What about the gearbox? Both BAIC Q7s use CVT gearboxes, with the BAIC Q7 billed as using CVT gearboxes imported from Belgium. Practical experience shows that the Honda HR-V gearbox is still a bit “smart”, it changes the gear ratio more effectively, understands the driver more correctly. However, if you like the dynamic driving experience, it is clear that the Hyundai Kona dual-speed dual-clutch transmission is still superior to the rest. 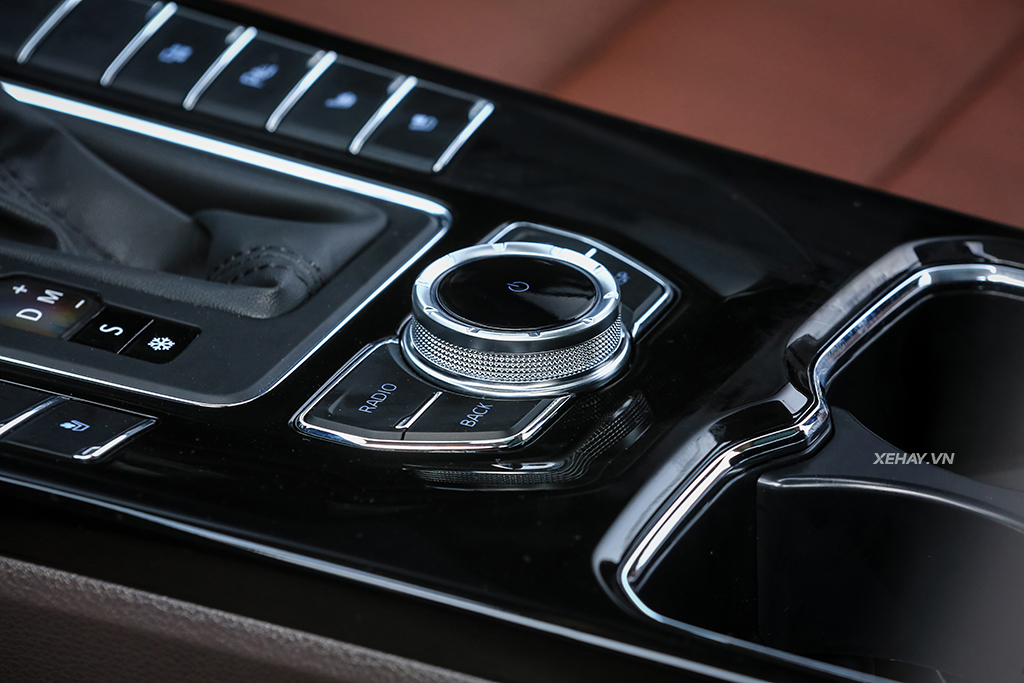 Electric power steering system of BAIC Q7 manufactured by ThyssenKrupp from Germany features variable speed. However, my experience showed that the steering wheel still transmitted quite a lot of vibrations on my hands and between the 3 cars, the Honda HR-V felt the steering wheel was both genuine and smooth. 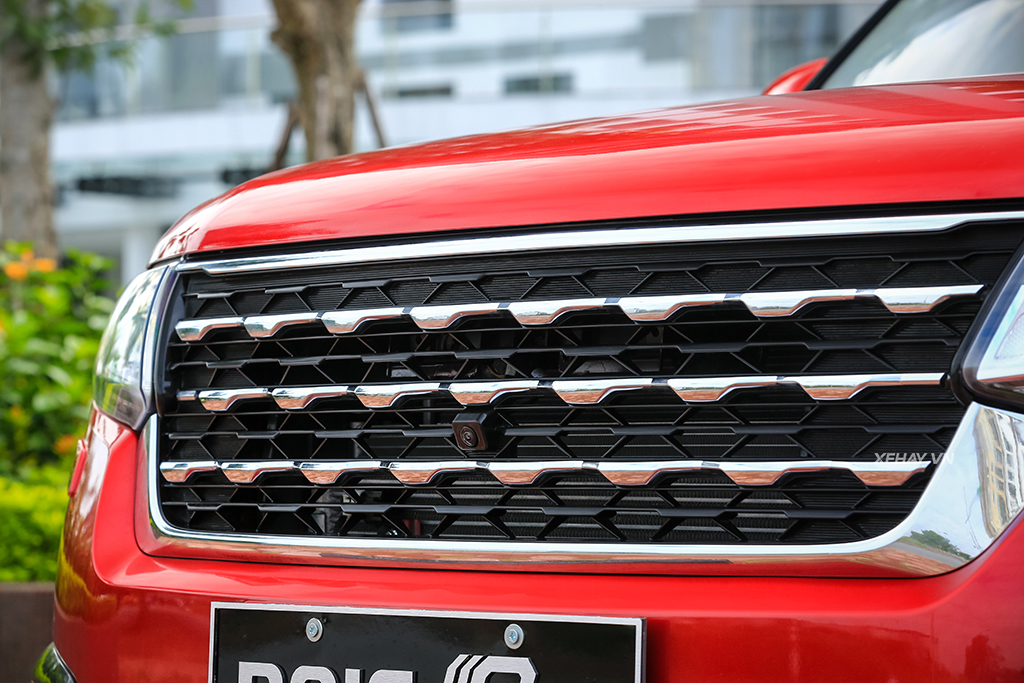 It was assembled on GM2900 chassis developed by General Motors for SABB 9-3 models and as mentioned above, BAIC purchased the right to use this chassis for BAIC and Changhe vehicles. The suspension of BAIC Q7 is designed by Horiba Mira, a mechanical corporation from England. I was very surprised to see BAIC Q7 equipped with independent rear suspension multi-point – 1 “of rarity” in the segment! However, the actual experience with the BAIC Q7 on the straight line is still a bit inferior to the other duo, in return, when cornering, the BAIC Q7 is less shaking than HR-V and Kona. 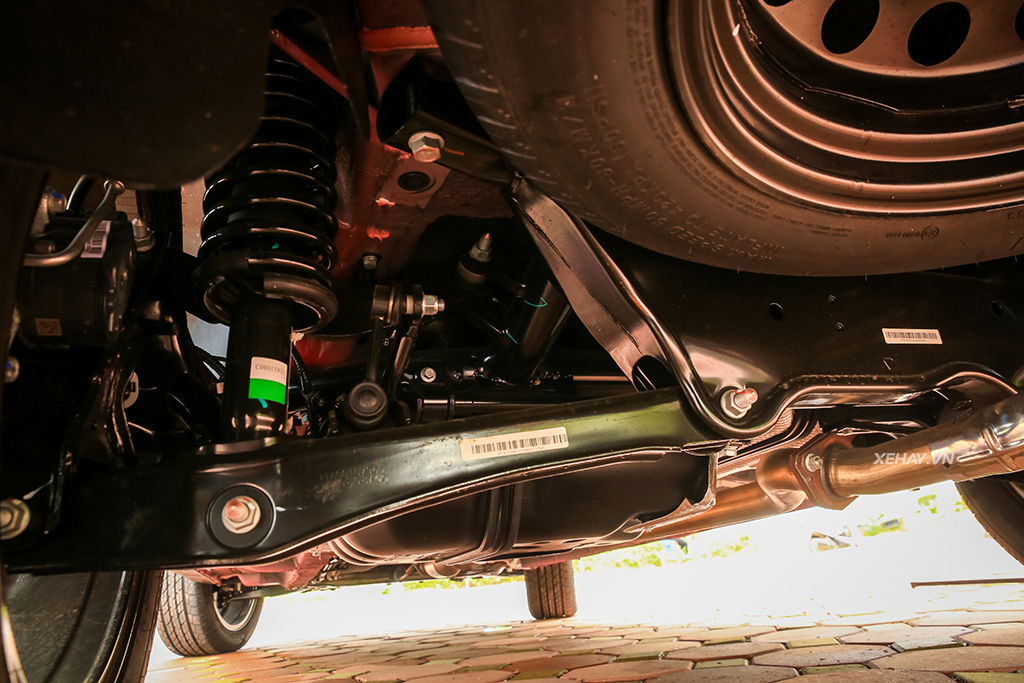 When it comes to the large speed humps, the impact on the Q7 cabin is relatively high, probably because of the 18-inch wheels with Cooper 225/55 R18 tires. Cooper is an American tire manufacturer but has manufacturing plants in Kunshan and Qingdao, China, I think the BAIC Q7 has locally produced tires. This set of tires has a treadwear up to 440 points, while most all-season tires have a durability of only about 300. 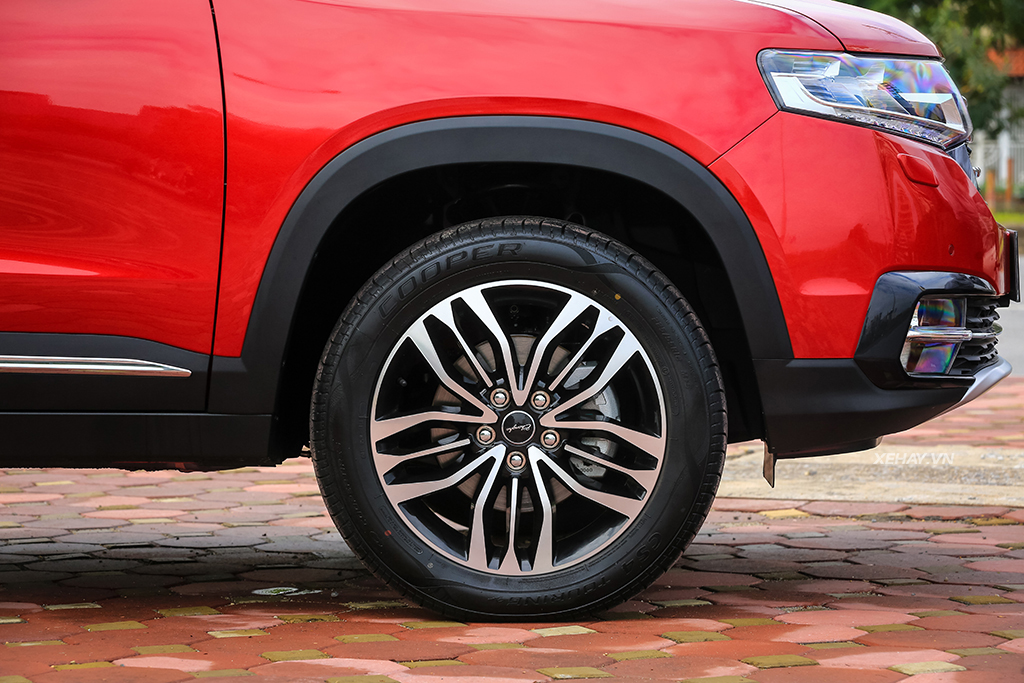 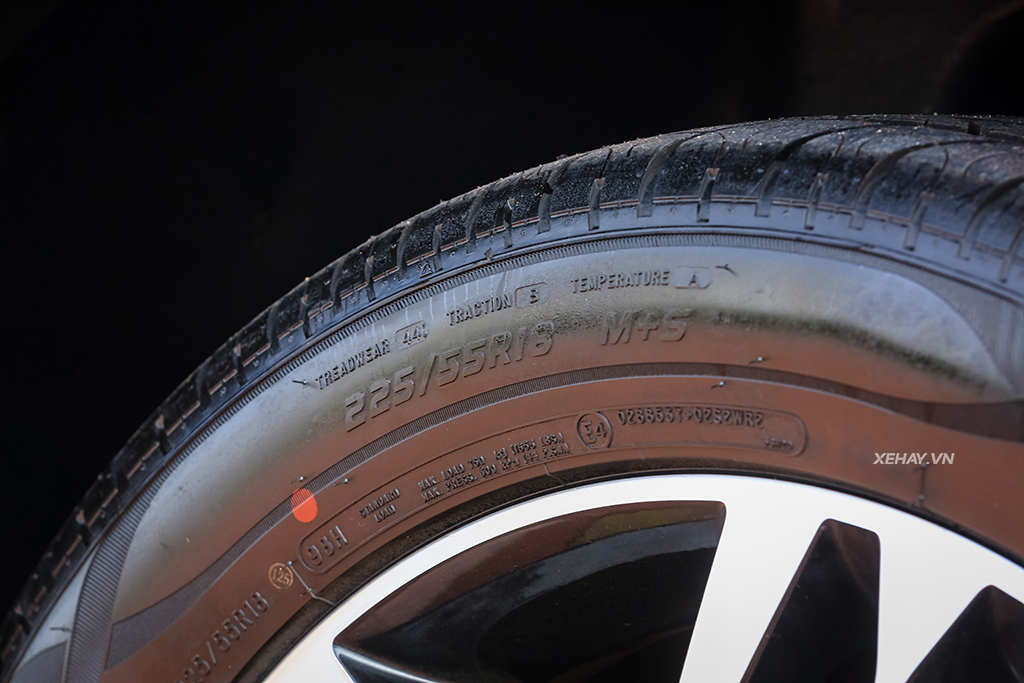 So, in the end, is the Chinese BAIC Q7 car worth your attention? If compared to the same competitors – and beyond the price range, BAIC Q7 is a 5-seater CUV car that is worth a try at least once, whether you love or hate Chinese cars. Of course, it is absolutely true that if you choose a Chinese car, you must face the judgment of the pedestrians, have to accept a lot of losses if reselling the car. Another major drawback of Chinese cars is the lack of maintenance and repair points, while Japanese and Korean car dealers have flooded the S-shaped strip of land.

If I had to consider between the above options, I would choose Hyundai Kona because it satisfies my criteria: driving feel, engine, gearbox, design etc. But I would not find it difficult to understand when there are People choose BAIC Q7 because of the value it brings. Will BAIC Q7 continue the success of fellow Zotye Z8 or not? Time will answer. 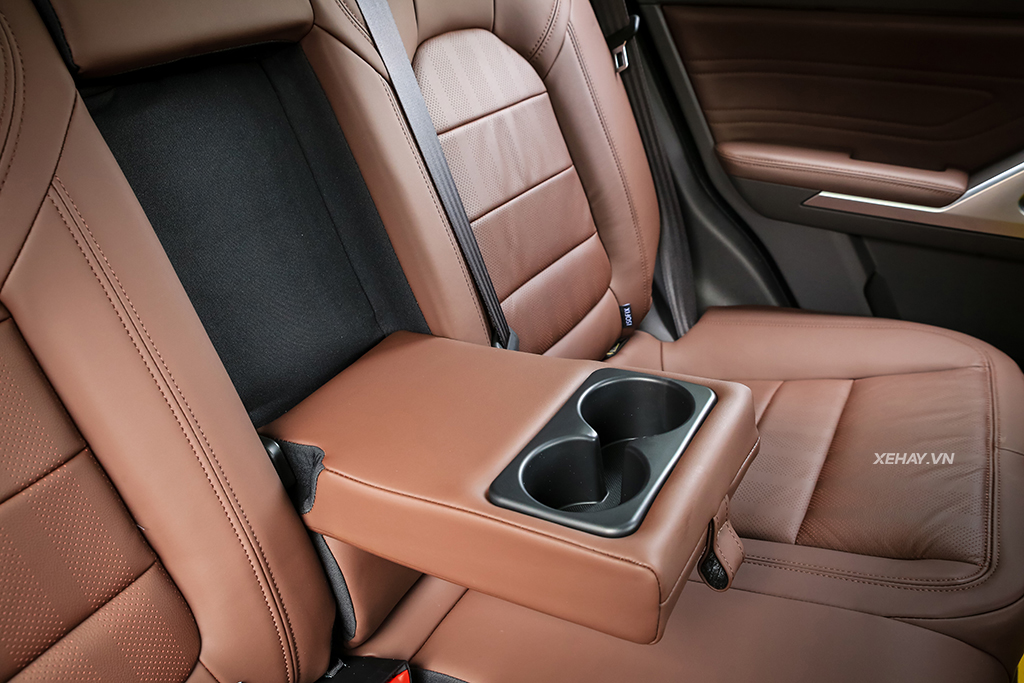 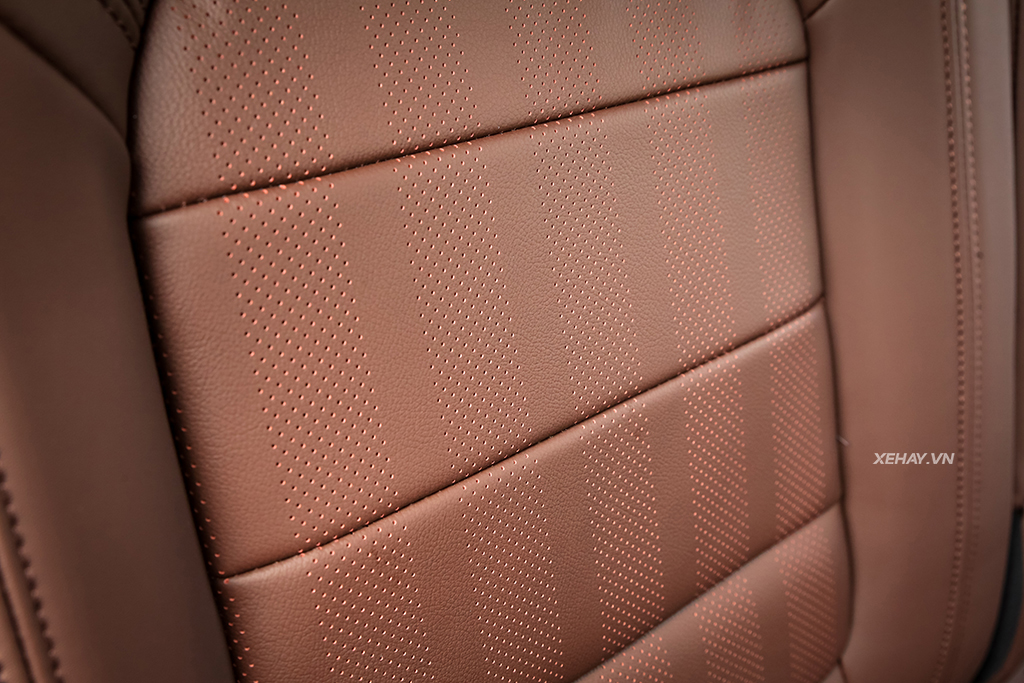 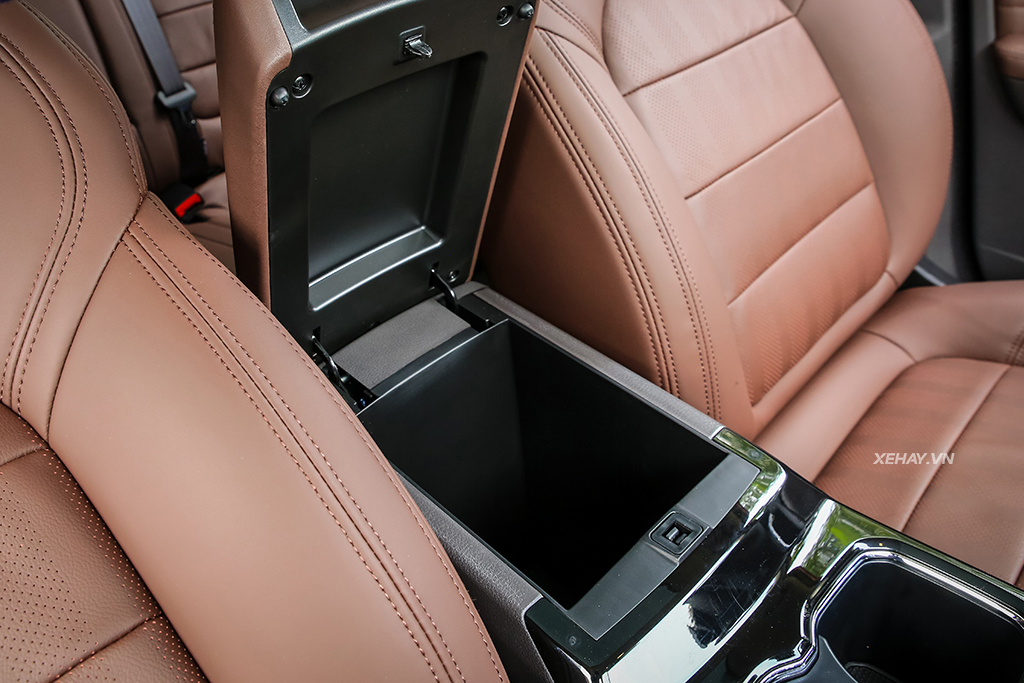 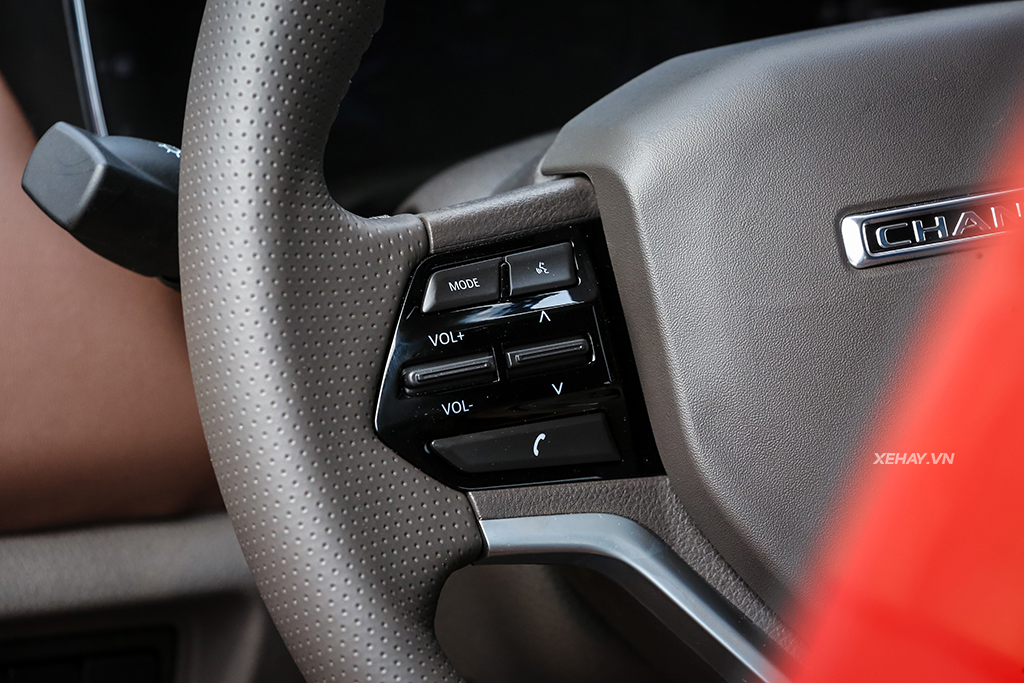 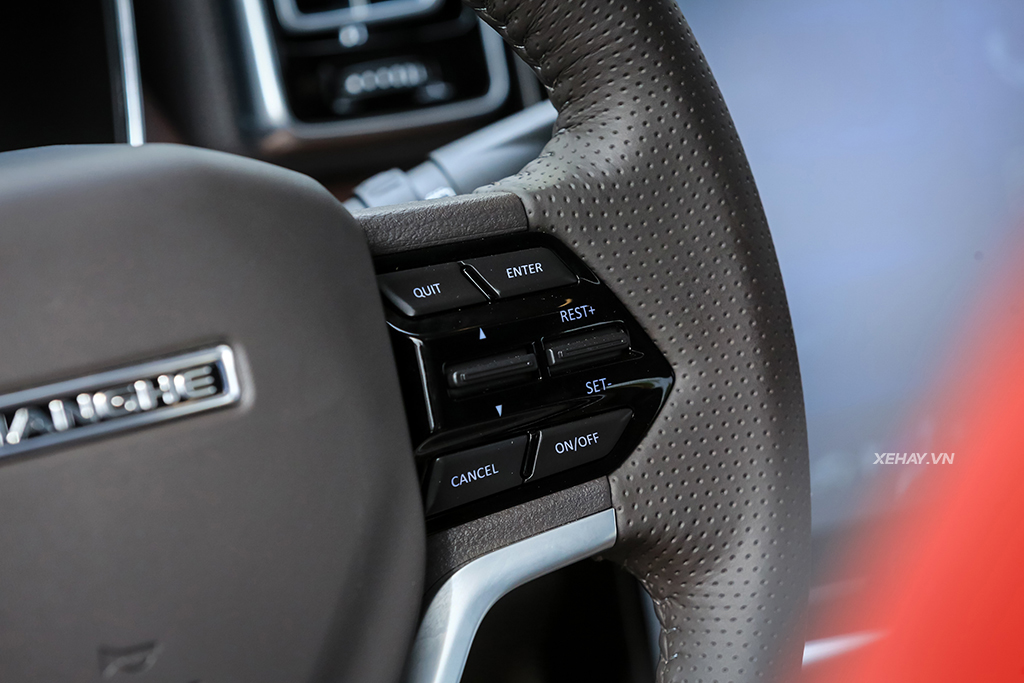 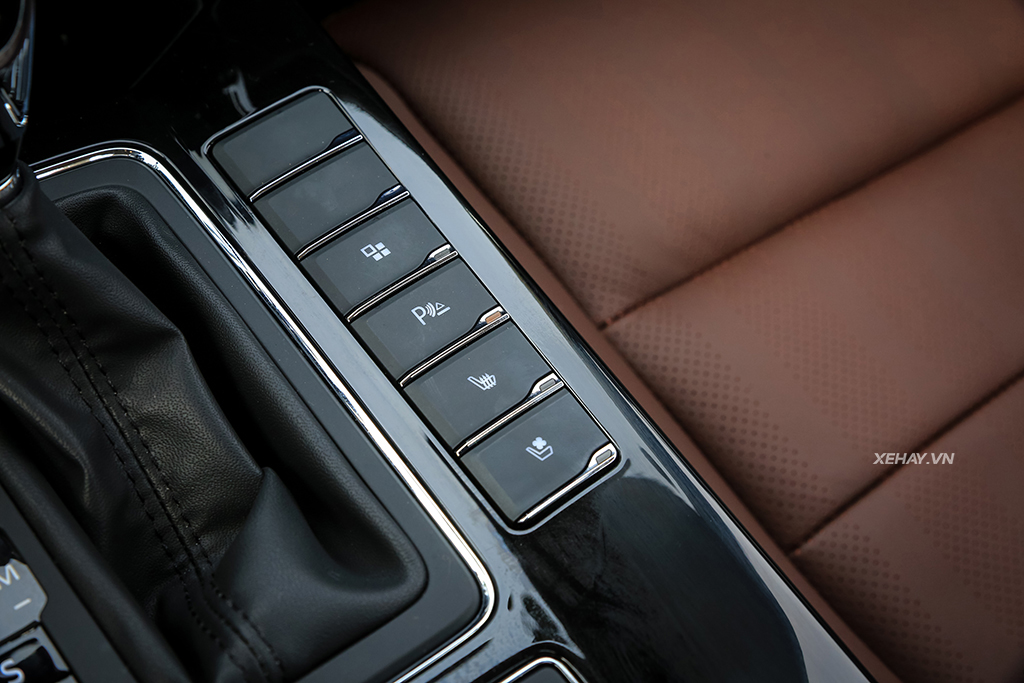 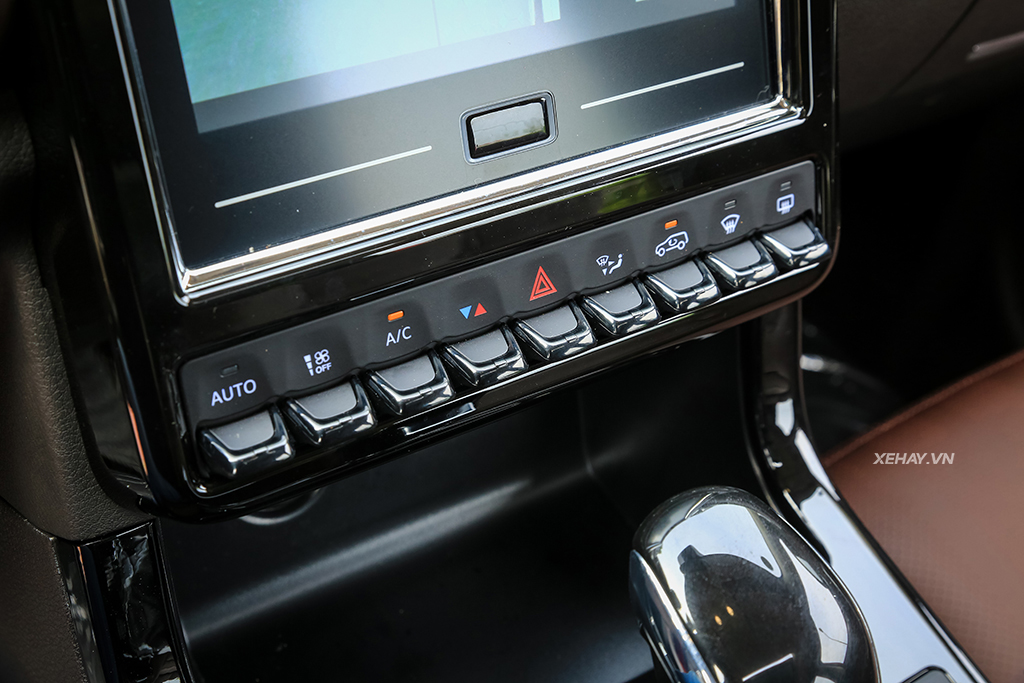 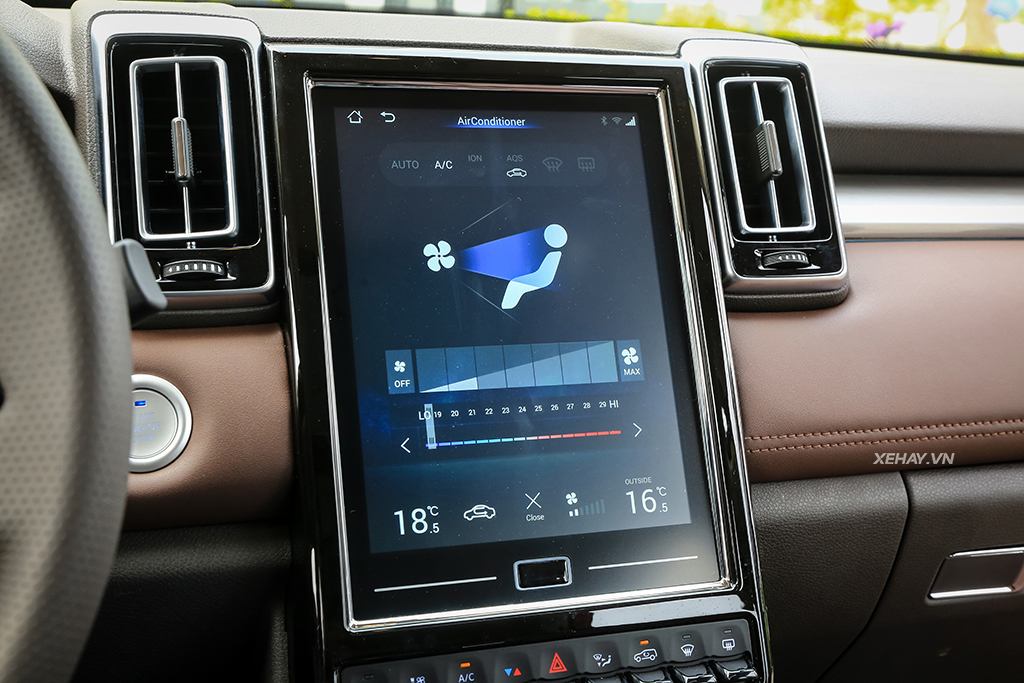 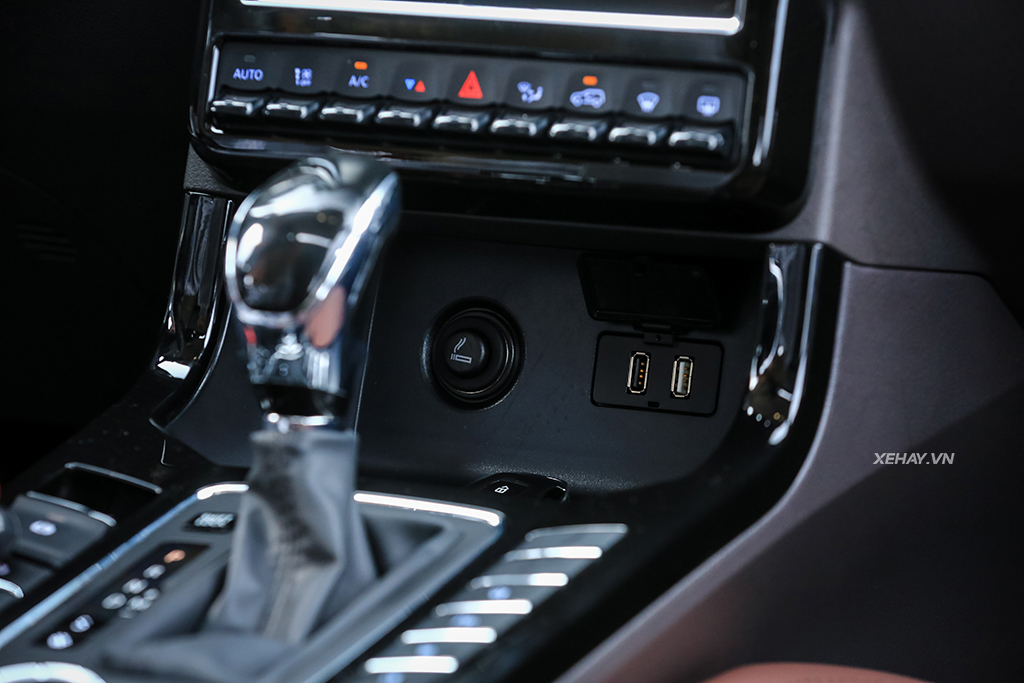 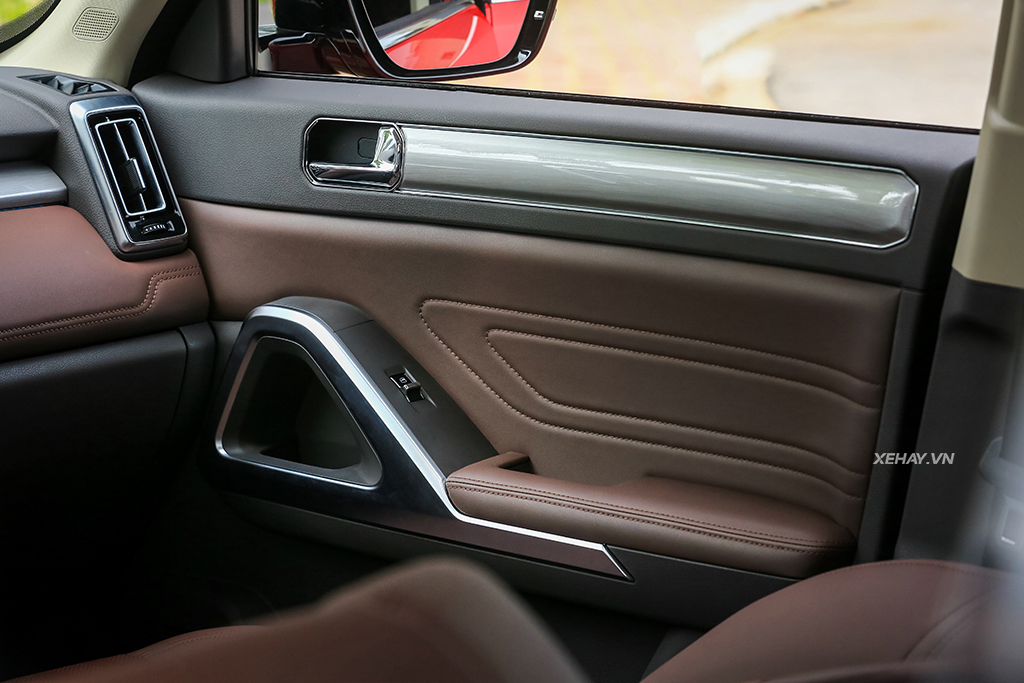 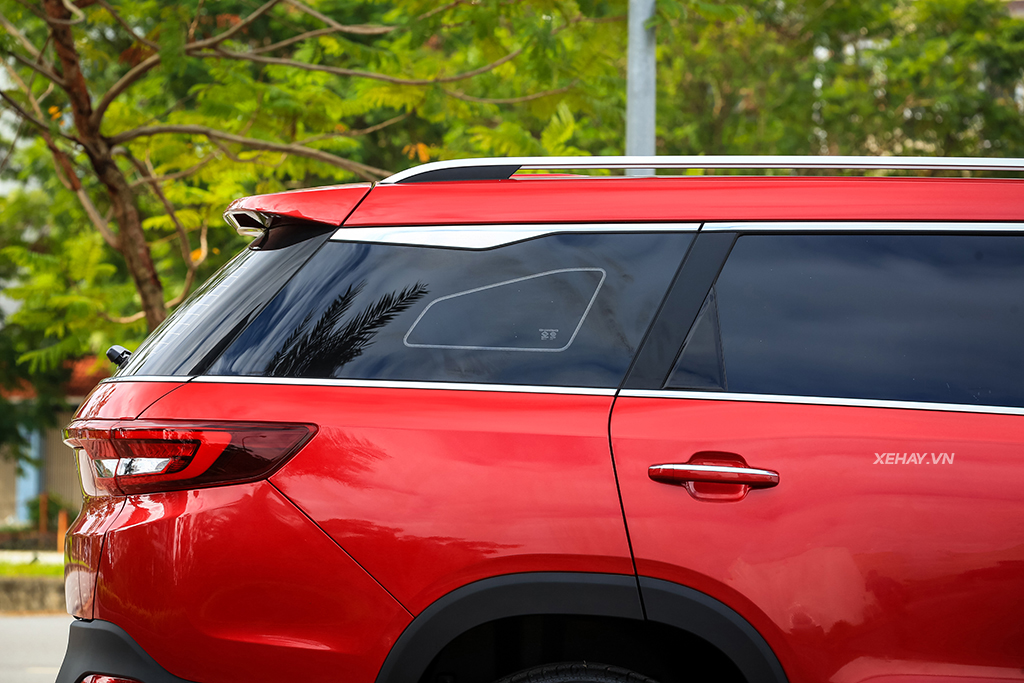 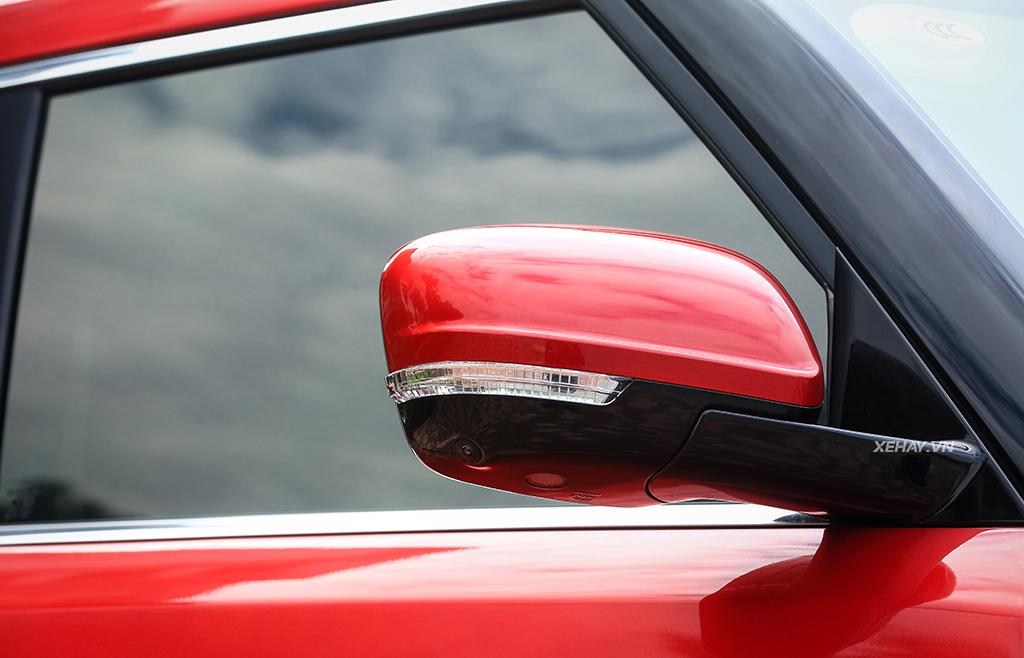