Billed as a replacement for the MacBook Pro, the Surface Book has a unibody metal shell, floating keyboard, high-resolution screen, and glass touchpad similar to competing laptops. Today’s article will compare in detail the strengths and weaknesses of these two models to help you choose the most suitable product.

While both the Surface Book and MacBook Pro laptops have a 13-inch, sleek metal body, the Surface Book has a more modern look with squared edges versus slight curves. the average of an Apple laptop.

When closed, the Surface Book looks like a wedge, and there’s a small gap between the screen and the keyboard, giving the laptop’s exterior a unique look. However, this design has a limitation that this open space may cause sand and soil to get in the middle while carrying the device.

Both the MacBook Pro and Surface Book are equipped with a backlight system below. Surface Book’s keyboard gives users a comfortable typing experience, with buttons with deep travel, smooth bounce. MacBook Pro has long been known for its quality keyboard and highly responsive glass touchpad. However, unlike business laptops, neither of these keyboards is water resistant.

There are three main design points that set the Surface Book apart from the MacBook Pro.

Firstly, Microsoft equips the Surface Book with a screen sensor feature, while the Apple laptop does not have this feature.

Second, the screen of the Microsoft laptop can be detached from the body. It has the same conversion mechanism as the Surface Pro 4, but instead of a Type Cover detachable keyboard, the Surface Book has a metal laptop body, equipped with a traditional keyboard layout. This provides a more stable laptop experience when you put it on your lap.

Third, when disassembled, you can interact with the screen of the device through the touch feature or the stylus. With the Surface Pro, you can use the device in different states, including traditional laptops, tablets, and more.

To get the maximum performance from the Surface Book, you must connect the monitor to the body, because this is where the Nvidia GeForce discrete graphics card is located. To deliver speedy performance to users, the machine’s graphics card uses GDDR5 memory.

The Nvidia discrete GPU equipped in the Surface Book’s body is harmoniously combined with the Intel HD Graphics seamless GPU, which is equipped in the machine’s 6th generation Intel chip. 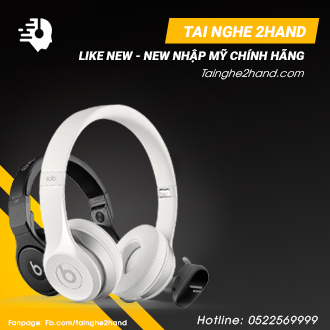 The 13-inch MacBook Pro is powered by a 5th generation Intel chip, with an Intel Iris 6100 built-in GPU, offering a slower level of performance when compared to a Microsoft laptop. The machine also does not have the option to configure a discrete graphics card.

One of the other strengths of owning an Intel Skylake chip is that the machine’s instant GPU can output two 4K screens at the same time.

Those who have to regularly use a laptop without an available power source will need a laptop with a long battery life. The battery life that Microsoft promises allows users to work comfortably all day without worrying about running out of battery in the middle.

Another improvement that Microsoft brings to the laptop is the standby time. According to the company, the battery of the device will not be consumed when the laptop is turned off.

The power of the Surface Pen

Another difference between the Surface Book and the MacBook Pro lies in the stylus. Similar to the Surface Pro 4, the Surface Book comes with a Surface Pen when you buy the laptop, and Microsoft has brought improvements to bring the best stylus experience to users.

One of the improvements is that the pen is now equipped with an eraser located on the side of the pen, possessing just enough friction to simulate the actual use experience.

Overall, this new generation stylus is a great upgrade compared to its predecessor. The pen is capable of sensing 1,024 different levels of pressure, providing a smooth user experience.

These features are not supported on the MacBook Pro. If you want to work with a touch screen, you’ll have to plug in the company’s iPad Pro product, but the stylus is sold separately, not included as a Microsoft laptop.

Surface Book is equipped with a 13.5-inch screen, with a pixel density of 267 ppi, providing sharp image quality. This means that the Microsoft laptop has a larger resolution than the Apple laptop, with a specification of 3,000 x 2,000 pixels.

The Surface Book’s screen has the same aspect ratio as an Apple piece of paper, and Microsoft says it has a 3:2 aspect ratio, similar to the Surface Pro 3.

Both Surface Book and MacBook Pro are equipped with similar configuration. Both devices have configuration options with a maximum RAM capacity of 16GB, SSD drive capacity from 128 to 512GB, Bluetooth 4.0 connectivity and 802.11ac Wifi.

Surface Book is equipped with 2 camera layouts including a 5MP webcam and an 8MP rear camera. MacBook only has a 720p webcam equipped on the top edge of the screen.

In terms of pure performance, the Surface Book owns more, but the machine has a higher price tag than the MacBook Pro.