The small 7-seat MPV segment in Vietnam market is gradually increasing with the appearance of two big names Kia Rondo and Chevrolet Orlando.

Kia Rondo and Chevrolet Orlando are currently two direct competitors in the MPV 7 segment in Vietnam. Although there is not much competition in the segment, both models are faced with a big shadow of Toyota Innova. 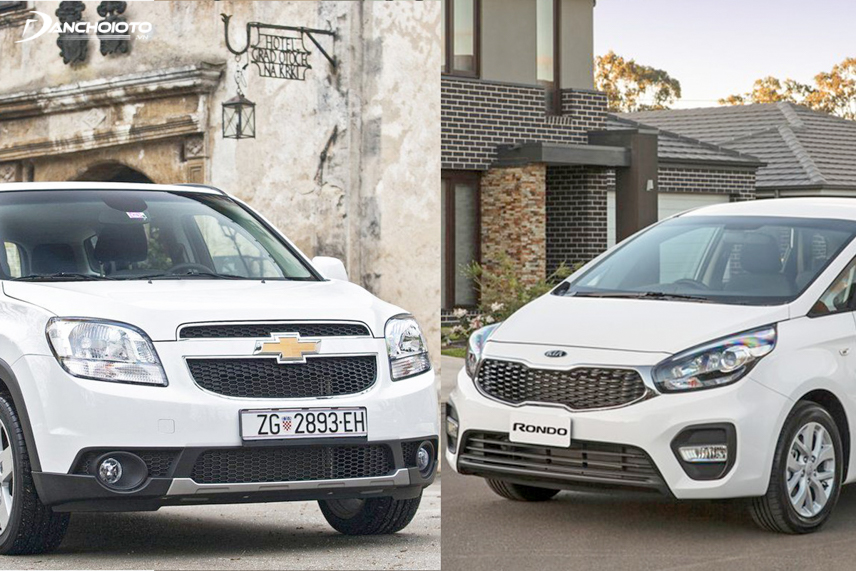 Rondo is a product of the leading national automobile group, Kia. This model is brought by the manufacturer a lot of modern technology, comfort, safety as well as beautiful modern design. Meanwhile, rival Orlando from the United States has a stable price, durability and typical strength of American models.

Chevrolet Orlando and Kia Rondo are two models in the 7-seater car segment costing VND 600 million. Currently, Chevrolet Orlando is only sold with only one version is Orlando 1.8AT LTZ for 699 million. While Kia Rondo is distributed with 4 versions including 1.7DAT, 2.0 GMT, 2.0AT, 2.0ATH with price from 609 to 799 million VND.

Compare Kia Rondo and Chevrolet Orlando in terms of exterior

On the outside, the two models have a completely different exterior design. One model has a strong, square American style design, while the other has a sporty, attractive and elegant Asian character. However, the overall view of exterior details with dynamic and luxurious lines, Kia Rondo still carries many directions of Western designs. As for Chevrolet Orlando, according to many people, the model has a boxy design, aiming for maximum versatility like real MPVs.

In terms of overall dimensions, Chevrolet Orlando is slightly better in size when compared to the Kia Rondo. The American model offers solid compaction when traveling at high speeds and stable cornering, while the lighter Kia Rondo offers many advantages in terms of fuel economy. The dimensions of the two specific models are as follows:

Comparing Kia Rondo and Orlando for the first part, the Kia Rondo has a familiar design typical of recent Kia models with the beautiful tiger nose grille. The car has a front bumper that Kia engineers designed quite modern and harmonious. Chevrolet Orlando, meanwhile, has a fairly square and simple front end with a grille that is typical of the American automobile brand. 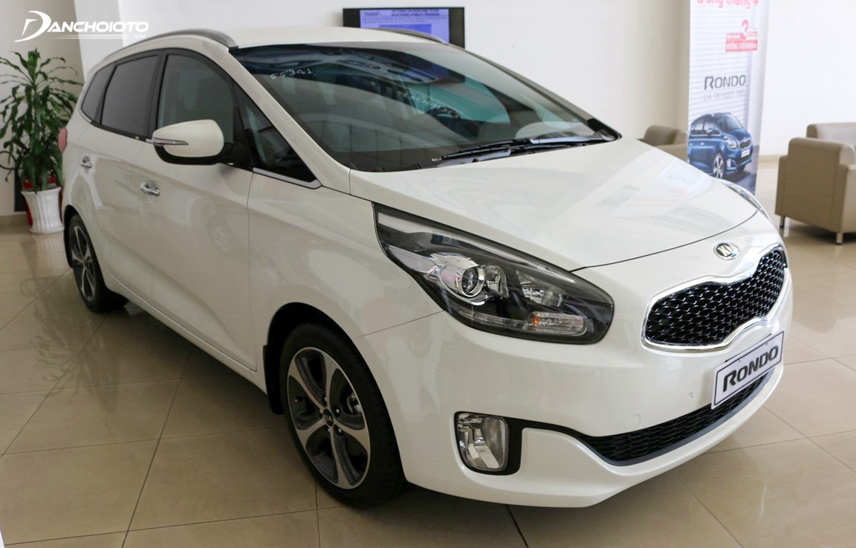 The front end of Kia Rondo

Looking at the overall front of the Kia Rondo, this model feels plump with the rounded lines on the capo accompanied by embossed ribs that give a sporty feel. In general, the elegant and sporty design of Kia Rondo makes the car more impressive in the eyes of users and diverse ages of use. For Orlando, the car has a lowered head, bumped front bumpers, a large grille and ribbed capo make the car more aggressive than the Korean rival. Quoc. 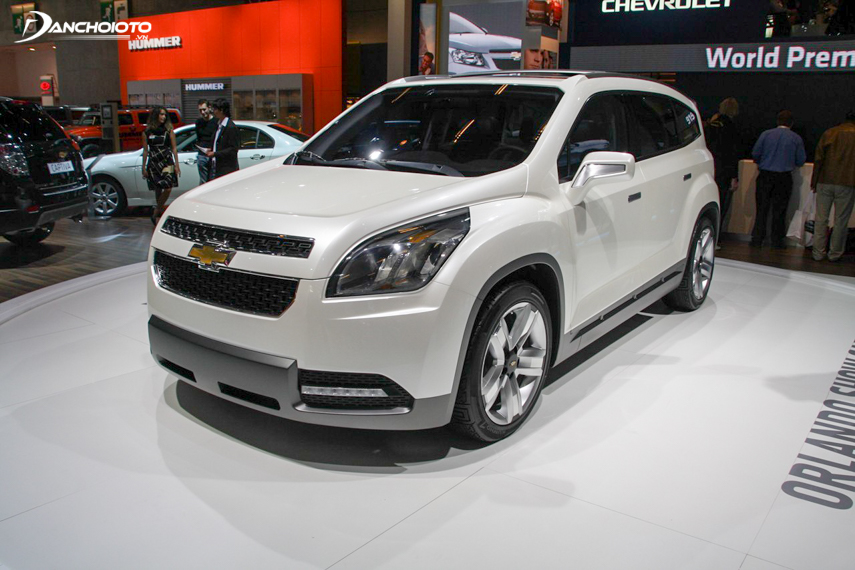 In terms of exterior equipment in the front of the car, Kia Rondo owns many equipment that surpasses the American rival. This is explained by Rondo having a higher price. The car uses HID-Xenon headlight technology that has the ability to automatically turn on and off accompanied with modern lamp wash feature. In addition, Rondo’s headlight cluster is also more prominent thanks to LED daytime running lights, bringing a modern and impressive feeling to the opposite. Meanwhile, rival from the US Chevrolet Orlando because only equipped with traditional Halogen bulb headlights. However, this car company has tried to catch up with rivals in the segment by retrofitting to this cluster of lights to turn on and off automatically.

The body of Kia Rondo is highly appreciated by many automotive experts in its aerodynamic design. The focus of the vehicle is on the front for more stable operation. Not only that, Kia has given Rondo’s bodywork a bold sporty look thanks to the large embossed road located on the two doors. 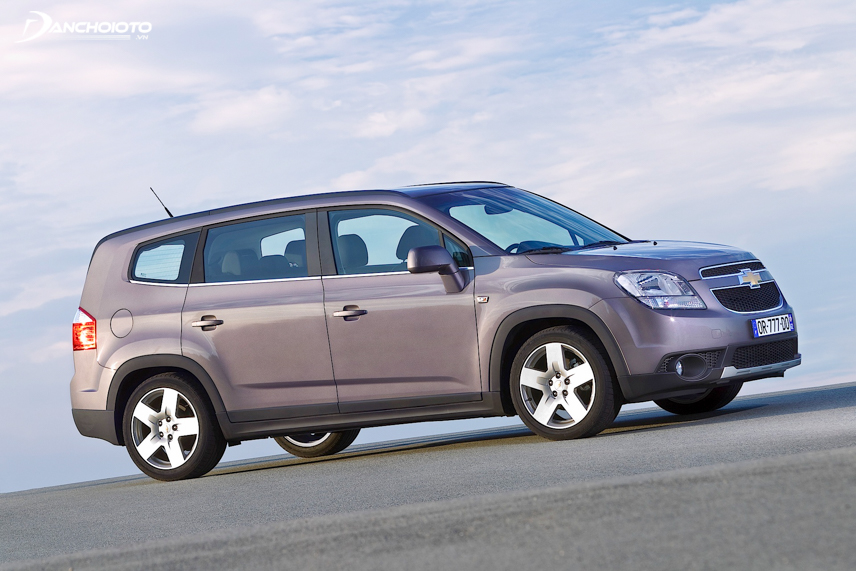 The body of Chevrolet Orlando

Chevrolet Orlando is also not inferior to having a relatively plump body, larger car doors create comfort for the user. The car is also highlighted by a higher wheel cavity, with eye-catching chromed door handles and ribs extending to the rear. Overall, the overall body of the Orlando body design is commensurate with the head, bringing a harmonious and aesthetic design. 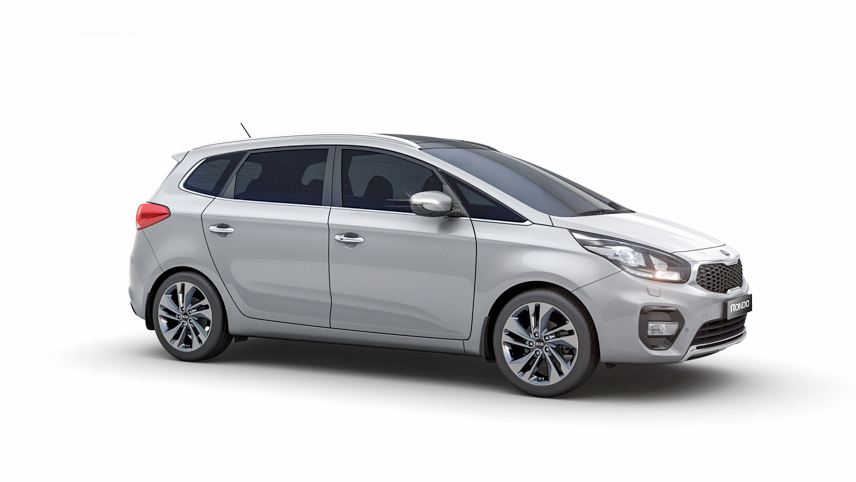 Kia Rondo has a set of beautifully designed wheels

The square is the most noticeable detail on the rear end of Chevrolet Orlando. American MPV model brings a solid and sturdy style to the user. In most rear tailgate designs such as rear bumpers, taillights, and rear glass, the car is angled rather than soft and has a momentum like on Rondo. Vehicles using Halogen tail lights are shaped big in the brake lights. In addition, the car is also equipped with an auxiliary halogen brake light for more effective warning. 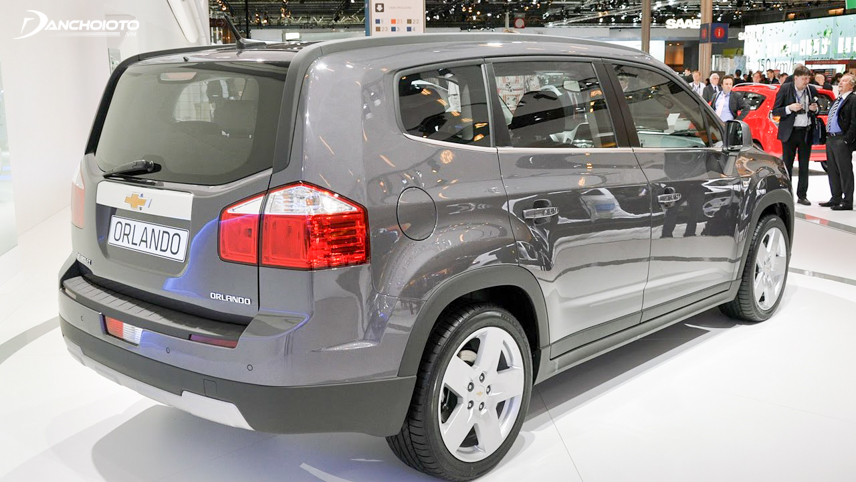 Meanwhile, rival Kia Rondo has a more impressive rear end thanks to the full rounded design. The taillight cluster of the car is also more refined thanks to the use of beautiful LED technology for better warning. The rear bumper is also plated with bright metal to bring a youthful and dynamic look, while the auxiliary brake lights strip also uses LED technology more advanced than the opponent.

Compare Kia Rondo and Chevrolet Orlando in terms of interior

Overall, the interior space of both models can be spacious with 5 adults with 2 children in the 3rd row. Although these are two 7-seat MPV models for families, the space is Passengers will be extremely cramped and uncomfortable if the car has enough 7 people for 3 rows of seats. This is the problem that both models face. When compared to the current leader in the segment, Toyota Innova, the two models are completely inferior when compared in width in interior space as well as leg and ceiling space in the third row. 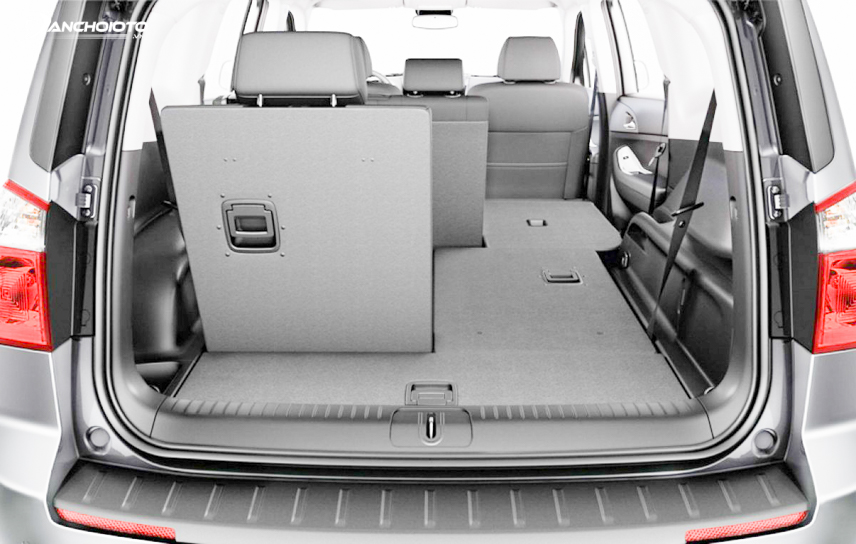 However, in general, with the interior space for a small MPV model priced from VND 600 million, this interior space is completely acceptable when compared to a more expensive SUV model. In addition, the interior space of both cars is aimed at modernity and convenience for users in equipping a series of buttons to control entertainment and air-conditioning systems. At a higher price, Kia Rondo is equipped with significant facilities when compared to the American rival. An important difference in the interior is the sunroof, Rondo gives the interior a more spacious and spacious thanks to the panoramic sunroof, while rival Orlando is only equipped with Sunroof sunroof.

As for the seats, if you compare this equipment between the two models, Rondo continues to eat more thanks to the leather seats for all versions, the 10-way electric driver’s seat with calf support. Meanwhile, only sold with only one version, Orlando offers not many choices for users. Although the seats on this version are still leather seats, the ceiling space is not comfortable for passengers with high height.

Review Kia Rondo on steering wheel, sports car with 3-spoke design covered with high-quality leather for a comfortable driving experience. In addition, this steering wheel cluster has the ability to adjust 4 directions and integrate more function control keys and entertainment system. Particularly impressive in the steering system of the Rondo is equipped with gearshift paddles at the back, giving the user an exciting driving experience similar to real sports cars. 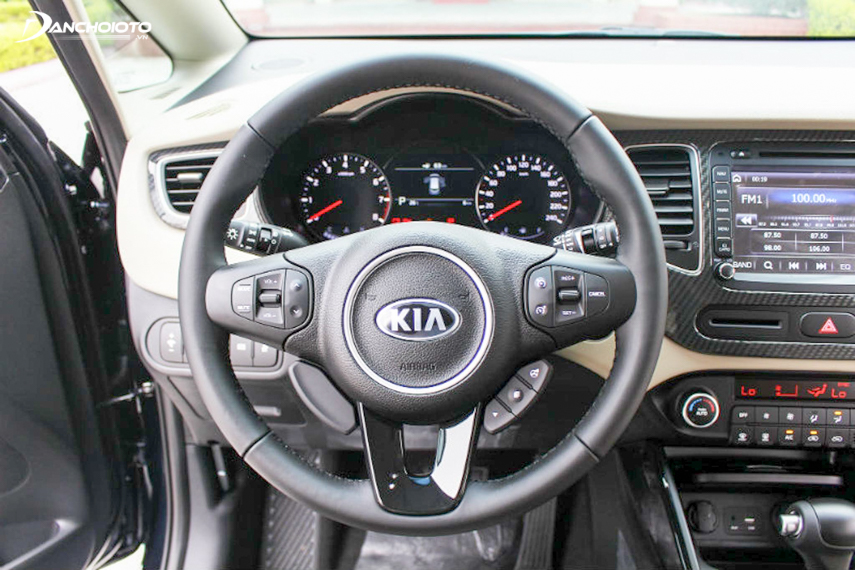 Equally competitive, Chevrolet Orlando is also equipped with a sporty 3-spoke steering wheel, with 4-way tuning and integrated audio control key. Overall, on the steering wheel of Orlando, the car is only inferior to the only opponent in the gear shifting gear. In addition, in the information display cluster, Rondo is even more modern thanks to the 4.2-inch multi-information LCD display clock while Orlando is only equipped with a monochrome screen. 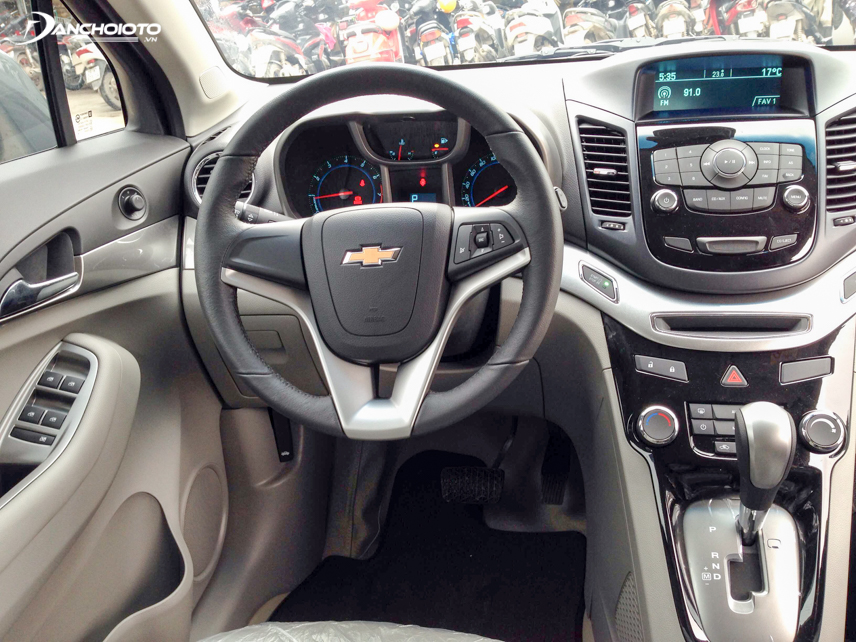 The entertainment system on Chevrolet Orlando is rated as not inferior to the Korean rival thanks to its famous Mylink system. Kia Rondo is equipped with an 8-inch touch screen entertainment system with integrated navigation system. In addition, the two models are quite similar in connection protocols such as USB, AUX, Bluetooth … and 6-speaker sound system. 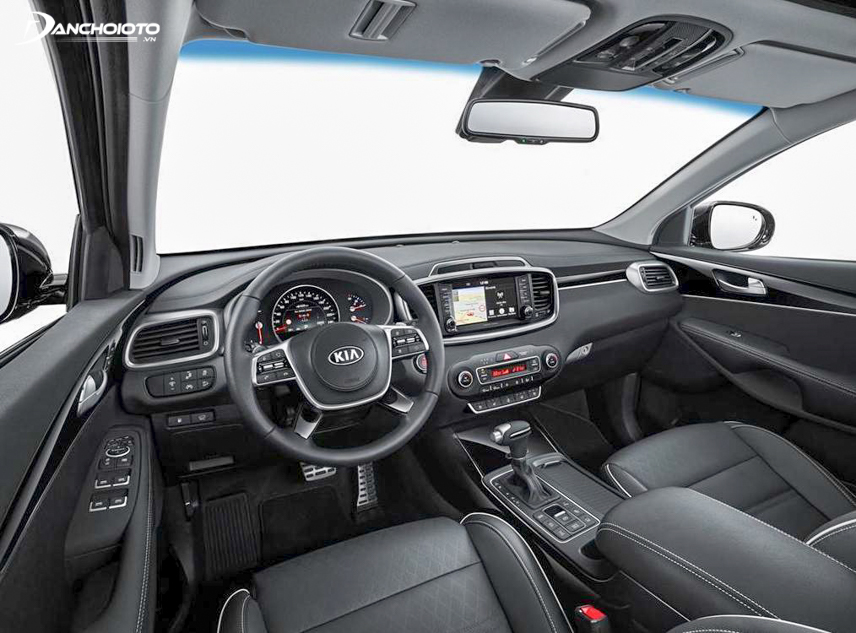 Regarding equipping the air-conditioning system, Rondo is equipped with two independent zones of automatic air conditioning, with integrated ion air filtration system and air conditioning vents for the rear seats. While Orlando has the same equipment, there is no air filtration system. This is the detail that Orlando loses the most when comparing facilities with competitors. In addition, the two models are equipped with smart keys and push-button start, auto-dimming interior rearview mirror. 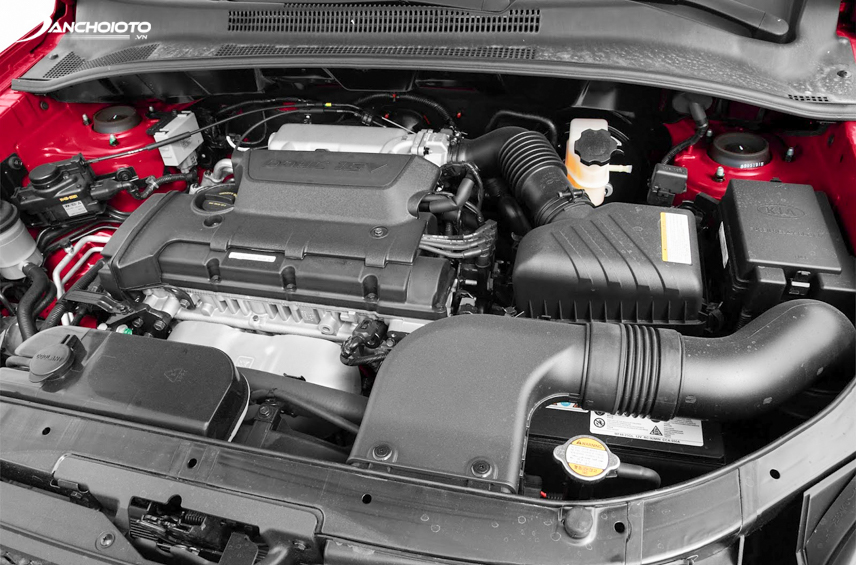 Kia Rondo is equipped with 2 engine options for the versions

Meanwhile, the only version of Orlando is LTZ using 1.8L gasoline engine block, 4 cylinders in line, 16 valves DOHC, MFI for maximum capacity of 140 horsepower and maximum torque of 176Nm. This engine block of Orland comes with 6-speed automatic transmission. 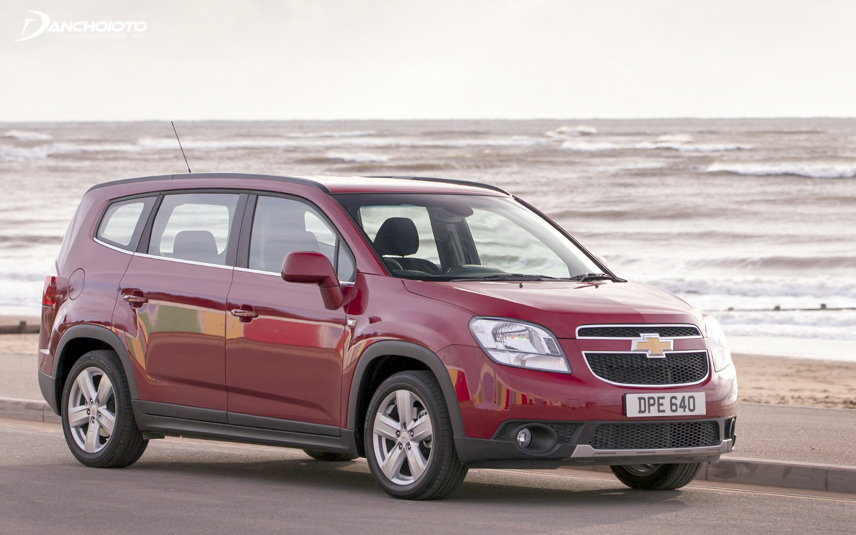 In terms of performance, the model comes from South Korea for strong acceleration and quieter departure than the competition thanks to its overall weight up to 100kg lighter with modern technology engine block. However, Chevrolet Orlando, though the engine is somewhat inferior to the competition, but the 1.8L petrol engine combined with 6-speed automatic transmission still provides enough power for situations operating in the street. When traveling at high speeds, this engine still provides the ability to operate stably and stably. 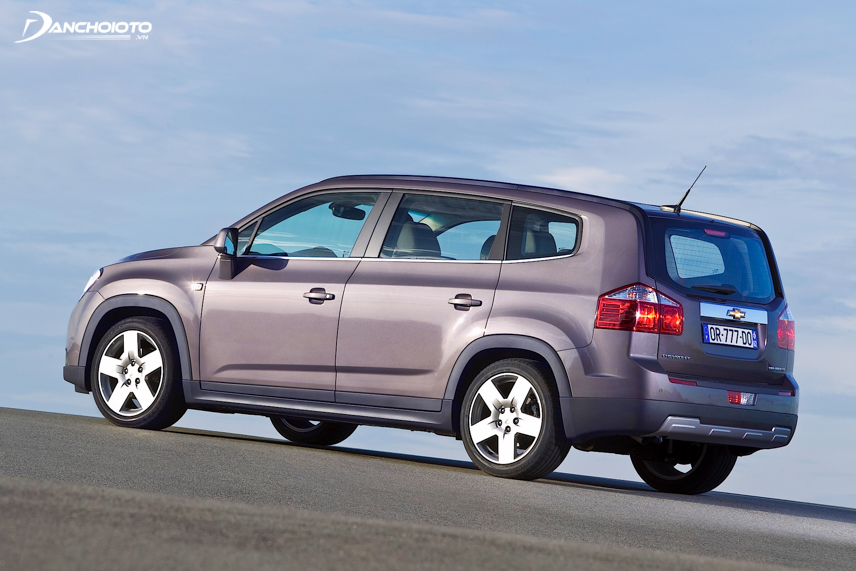 Chevrolet Orlando has the ability to operate persistently 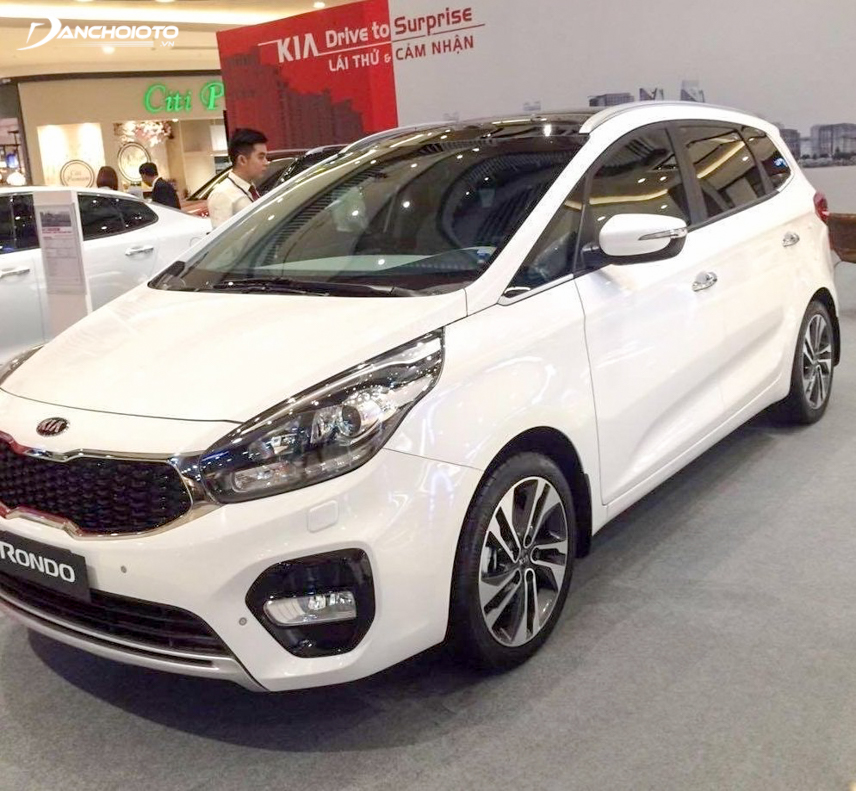 Comparing Kia Rondo and Chevrolet Orlando in terms of safety equipment, the two models do not have too much difference. Of course, with a slightly better price, Kia Rondo still has some more advanced features such as electronic handbrake, automatic braking and reversing camera … In addition, safety equipment can be mentioned as:

Should I buy a Kia Rondo or a Chevrolet Orlando?

On the market today, Rondo is sold with 4 versions, the price of Kia Rondo ranges from 609 to 799 million VND. Meanwhile, Chevrolet Orlando car price is currently sold at 699 million. Specifically:

It can be seen that, although the safety equipment is somewhat less, Orlando has a quite spacious interior compartment, sturdy exterior, masculine and reasonable price. Meanwhile, Kia Rondo possesses fully equipped and eye-catching design. Therefore, it can be seen that both Kia Rondo and Chevrolet Orlando models are a worthy option to buy a 7-seater family car. However, in order to choose the right vehicle, users need to consider the purpose and price for choosing the most affordable 7-seater car.