According to analysts, the semiconductor shortage will persist in the near future.

Today, the chip is found in everything from PlayStation 5, Xbox Series X, smartphones, smartwatches, PCs to toothbrushes, dishwashers, and even alarm clocks. However, it is facing a serious shortage problem and has not shown any sign of reduction. Even many people even call the current crisis as “chipageddon”.

“As demand will remain high and supply is limited, we expect this shortfall to last through 2022 and possibly until 2023.“he wrote on a blog.

O’Donnell predicts that demand for PCs, which contain some of the most advanced chips, will “decrease slightly” next year but “not by much.” Meanwhile, data centers, which are full of computer servers, are sure to buy more chips next year after “a bleak 2020”.

O’Donell said: “Combining that with the ongoing desire to digitize everything, coupled with the continued growth of cloud computing and cryptocurrency mining, we see nothing but an immediate boom in demand. chip bridge. “

Meanwhile, Patrick Armstrong, Chief Information Technology at Plurimi Investment Managers, shared his thoughts with CNBC that the chip shortage will last for 18 months. “It’s not just the car. It’s the phone, it’s the IoT (Internet of Things). There are a lot more things that use chips than they used to be. They’re all connected to the internet.”

The auto industry has been hit more strongly from the global chip shortage than any other sector.

The world’s largest chip maker, TSMC, earlier this month shared that it would be able to catch up with auto demand by June this year. However, Armstrong believes that is ambitious.

Armstrong said: “If you listen to Ford, BMW, and Volkswagen, they all stress that there are bottlenecks to capacity and they can’t get the chips they need to build new cars.. “

In another development, Gartner once said, shortages will persist throughout 2021, adding that this shortage affects all types of chips and causes chip prices to rise.

Gartner analyst Alan Priestley said the situation could improve in some areas over the next six months, but there could be “side effects” by 2022.

“It won’t last any longer“, he said.”The industry is ramping up capacity, but it takes time. “

In March, Intel announced it planned to spend $ 20 billion on two new chip factories in Arizona. Intel also said it could build a factory in Europe if it gets public funding.

“Those things will take 2-3 years“, Said Priestley.”But they will actually fulfill future needs. “ 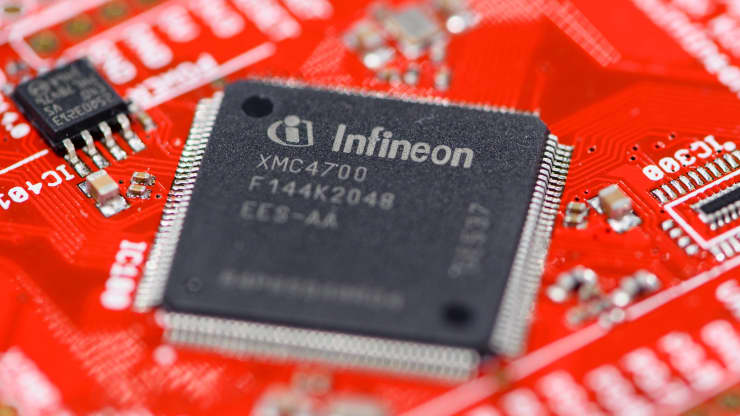 Meanwhile, the German chip maker Infineon, chief executive officer, said that the semiconductor industry has not been paid enough attention.

Reinhard Ploss recently revealed that it “will take quite a while” for supply and demand to rebalance.

“I think two years is too long, but we will definitely be able to see that in 2022“, he said.”I think the capacity will be increased in the near future. “

Wenzhe Zhao, director of global economics and strategy at Credit Suisse, confirmed that the recent chip shortage has encouraged the need to hoard inventories next to the chip supply chain, widening the gap between rising demand. strong and stagnant supply.

Zhao revealed that the new semiconductor production capacity will not appear until 2022 or later. In addition, manufacturers need to do a few more things to address the current shortages, besides adjusting order quantities, production schedules and prices.

Le Huu according to CNBC