After a long period of silence, Diablo IV has just revealed a new character class at Blizzcon 2021. That is Rogue, the character class with a bit of a preference for the main weapons are bows, crossbows, daggers, and arrows. .. 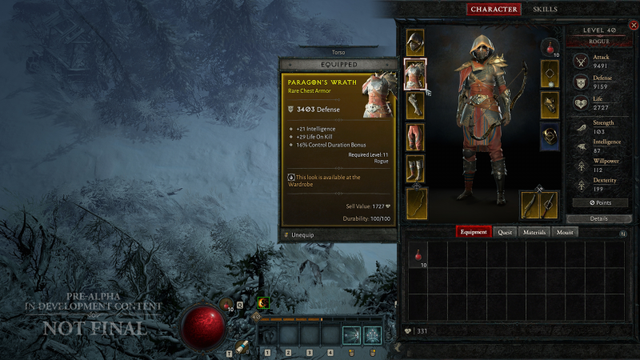 Possessing the ability to use a bow and arrow skillfully, Rogue has a lot in common with Amazon. However, if Amazon is a bit of a warrior, Rogue is a killer. As we can see in the trailer, this class possesses great mobility, high speed, and extremely impressive dodge ability. It can be seen that the continuous change of position as well as hiding, will now be the main play style of this character class.

It is known that the Diablo IV project was first introduced in November 2019. After 7 years since Diablo III’s debut, Blizzard finally revealed the sequel to the most beloved action and role-playing game series in history. With the name Diablo IV, the game will take gamers to a new, challenging, fierce and equally engaging journey.

Looking at a whole, the style and inspiration of Diablo IV will make gamers think of part 2 of the game. Not as flashy or sparkling as part 3, Diablo IV will carry dark colors and realism.

Currently the game has no official launch date.