There is a saying on Wall Street: Investment is as old as a mountain.

But the fund managers in charge of 20 trillion funds in China are getting younger and younger.

The net celebrity fund is planted!

On the first day after the holiday, when tens of millions of new Christians were eagerly looking forward to the big red envelopes, they plunged duang and stunned everyone.

Originally, their mindset was like this (take Maotai stock price as an example):

The data shows that among the investors who poured into the fund market in 2020,More than half are post-90s or even post-00s.These young people are bringing the spirit of entertainment into the fund circle.

“The best Kun Kun in the world is not Cai Xukun, but Zhang Kun.”

He is called “Fund One Brother”,The first 100 billion-level fund manager in the history of public funds.Crazy fans even formed a support club for Zhang Kun. 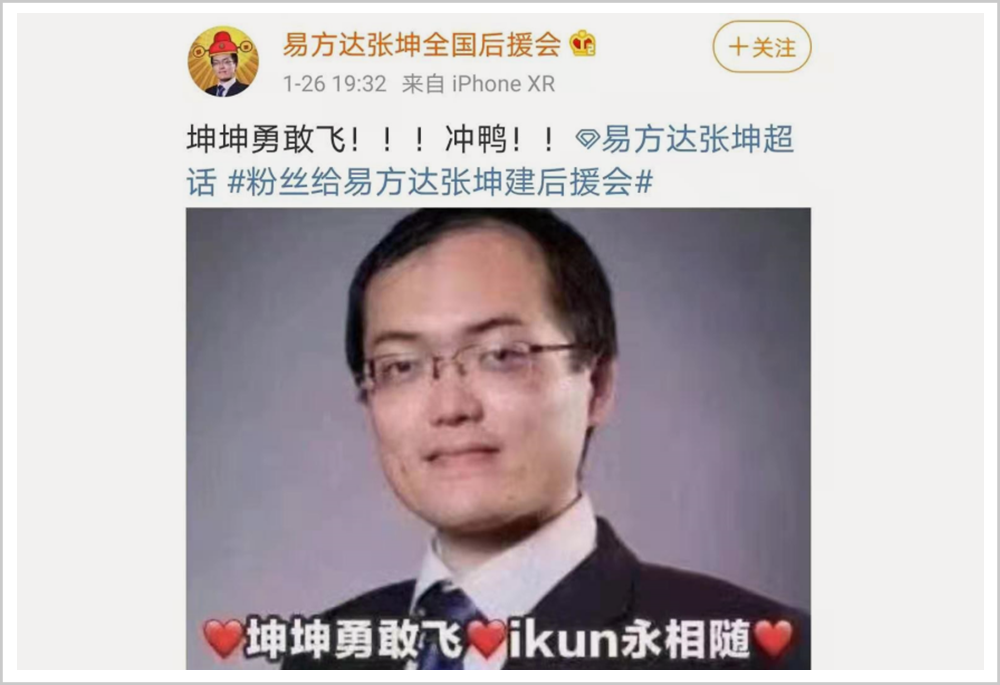 Zhang Kun is just one of the many “traffic stars” launched by fund companies. Behind him are Liu Gesong, Cai Songsong, Zhu Shaoxing, and Liu Yanchun.

Compared with celebrities, they do not rely on records but on the rate of return to attract traffic.

such as,The best fund during Zhang Kun’s tenure returned 740%,Spike Buffett. The older Zhu Shaoxing set an astonishing record of the best rate of return during his tenure of 2175%.

One of the magic weapons of record-breaking is to bet on a certain sector. 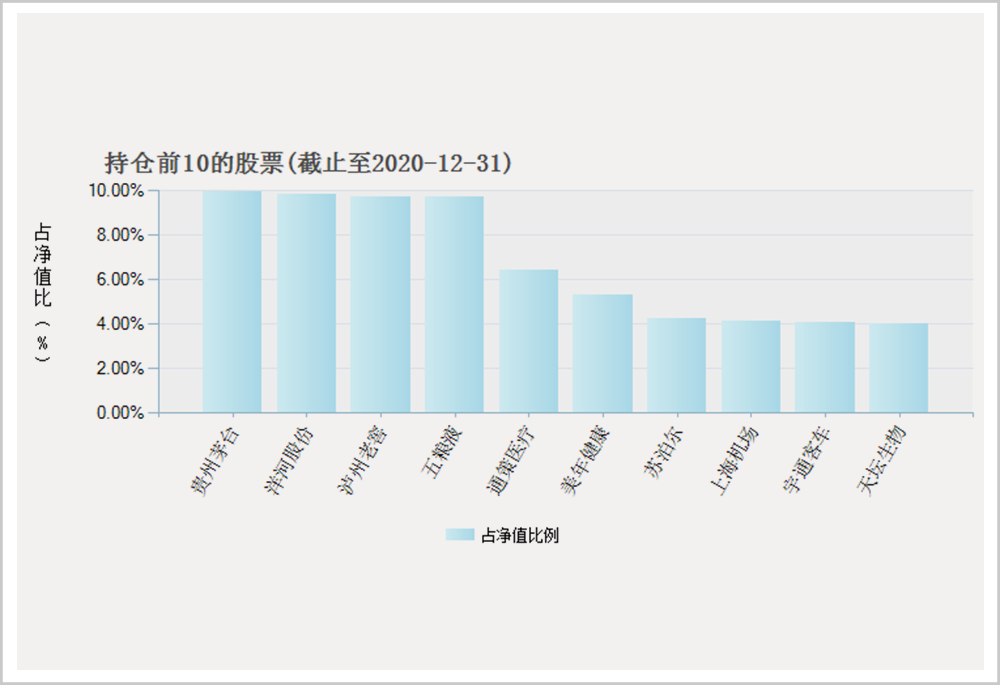 The top four holdings,The clear water is wine, accounting for 40% of the entire plate.The extent of its “all-or-nothing”, even many small casualties are inferior to it. 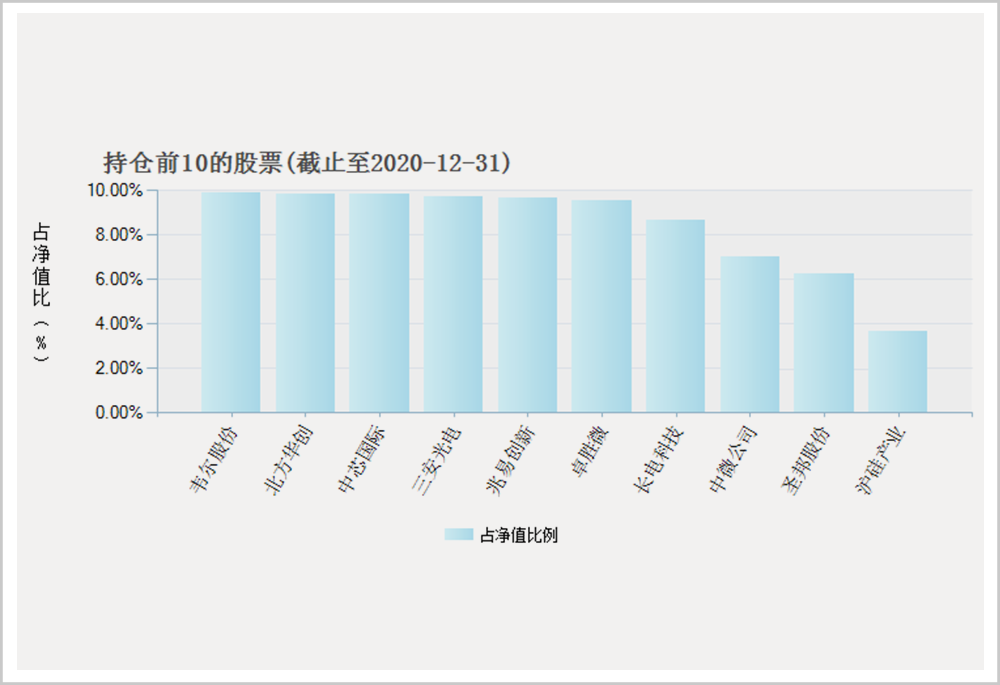 The biggest advantage of betting and centralizing positions is that the pigs can fly in the air.In 2020, liquor and semiconductors are both one of the biggest outlets.

The disadvantage is that it is also very sour when falling. No, there was a wave after the Spring Festival.

As a result, many people quit.

Zhang Kun, a male born in Tsinghua University of Technology, never dreamed that his post-90s fans would change their faces faster than the Bull Demon King: at the beginning it was Xiao Kunkun who made money, but now it is Caikun who loses money.

Zhang Kun, who is sought after by young people, is still young and has less than 9 years of investment. But in China’s fund industry, he is already considered an old man.

The situation is quite different when changing to the other side of the Pacific.

On fund managers in China and the United States, what is the difference?

Answer: There are different wrinkles on the face.

In the United States, popular fund managers usually look like this:

If you don’t tell you in advance, this is a big PK in the investment world, and you may mistakenly think that you have clicked into the draft scene of a large entertainment event.

The number of wrinkles is directly reflected in the working age.

The author used the data of Tiantian Fund.com to make a simple statistics: 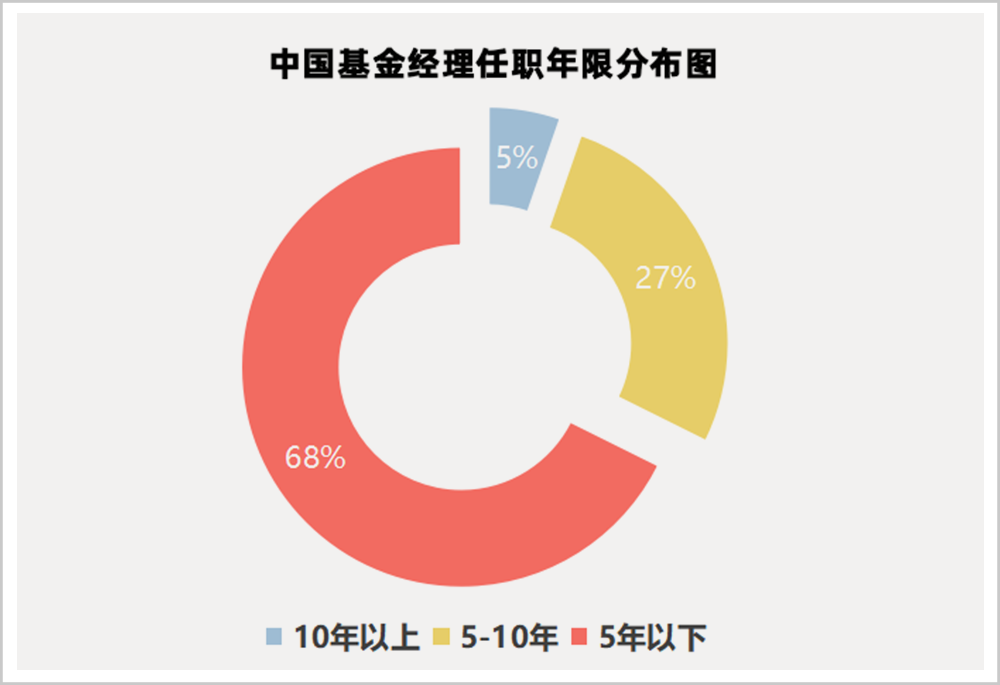 Wang Qian, the longest-serving Harvest Fund, has 17 years and 1 month.

Among the popular fund managers, Zhu Shaoxing of Wells Fargo Fund is the longest with 15 years. Others are basically under 10 years.

Young, used to be our proud capital. In the big data center, the space launch site… the young faces make us full of hope for the future.

But being young is not an advantage when investing in this industry.

After 300 years of hammering on Wall Street, most of the world’s largest fund managers are elderly people.They have decades of investment experience and have gone through countless bull and bear cycles.

Forbes has named the world’s 25 richest hedge fund managers in 2020, the number one Jim Simmons, the founder of Renaissance Technology Company, is 83 years old this year.

The second-ranked Rui Dalio, the founder of Bridgewater Fund, is 72 years old this year.

Even Catherine Wood, the female version of Buffett, who is known for investing in emerging industries, is 66 years old this year and is already a grandmother in China.

A few years ago, someone consulted data from Wind and Bloomberg and compared the average age of Chinese and American fund managers. The results showed:

There are historical reasons for the current situation.

Since the establishment of China’s capital market in the early 1990s, it has been fully budgeted. It has only been more than 30 years, and the fund industry was officially launched in 1998.

Compared with the hundreds of years of history in Europe and America, he is almost a primary school student.

In addition, successful public equity fund managers particularly like to set up a separate portal and switch to private equity funds. In the end, the soldiers that led to the fierce battle in the public fund industry,There are a lot of recruits.

Is the performance of new recruits necessarily inferior to “old drivers”? Not necessarily.

For example, in terms of annualized rate of return, Zhu Shaoxing, Liu Gesong, Xie Zhiyu and others are all above 24%, surpassing the stock god Buffett.

But from the perspective of investment years, they only have a fraction of Buffett. Since buying the first stock in 1941, Buffett has been in the stock market for 80 years.

Someone abroad compared the historical record of Soros and Buffett, and the starting point was 1969. At that time, most fund managers in China were not yet born. 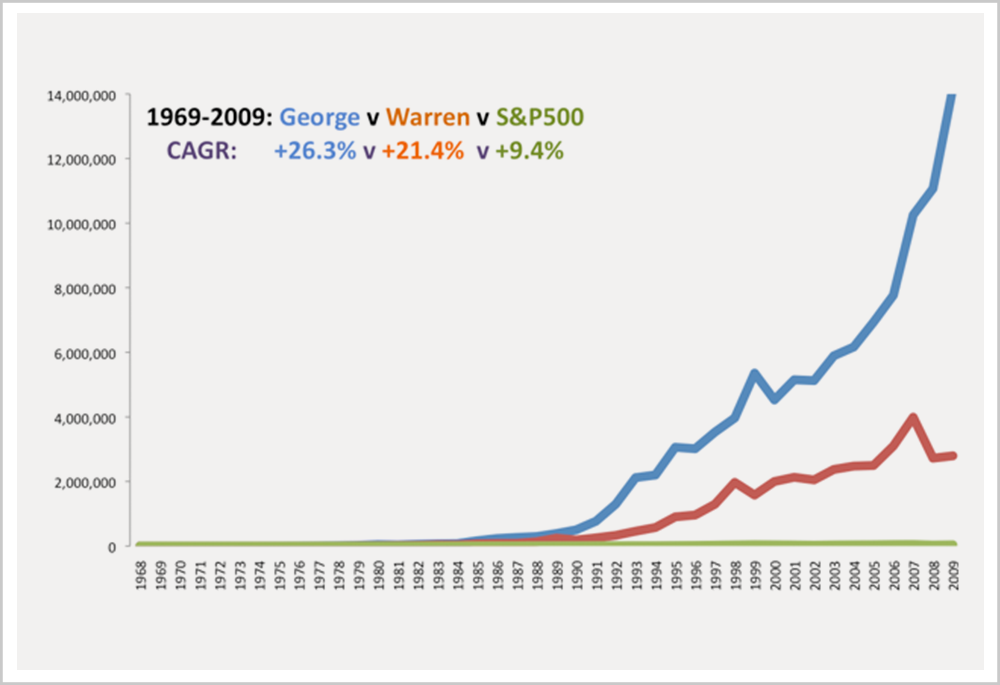 In contrast, China’s popular fund managers Zhang Kun, Liu Gesong, and Xie Zhiyu have no more than ten years of experience, and the longest one, Zhu Shaoxing, has only 15 years.

If you take 5-10 years as a bull-bear cycle, they basically have only experienced 1-2. More young fund managers have not even tasted the taste of a bear market.

The short investment period makes it easier to create miracles beyond the market. 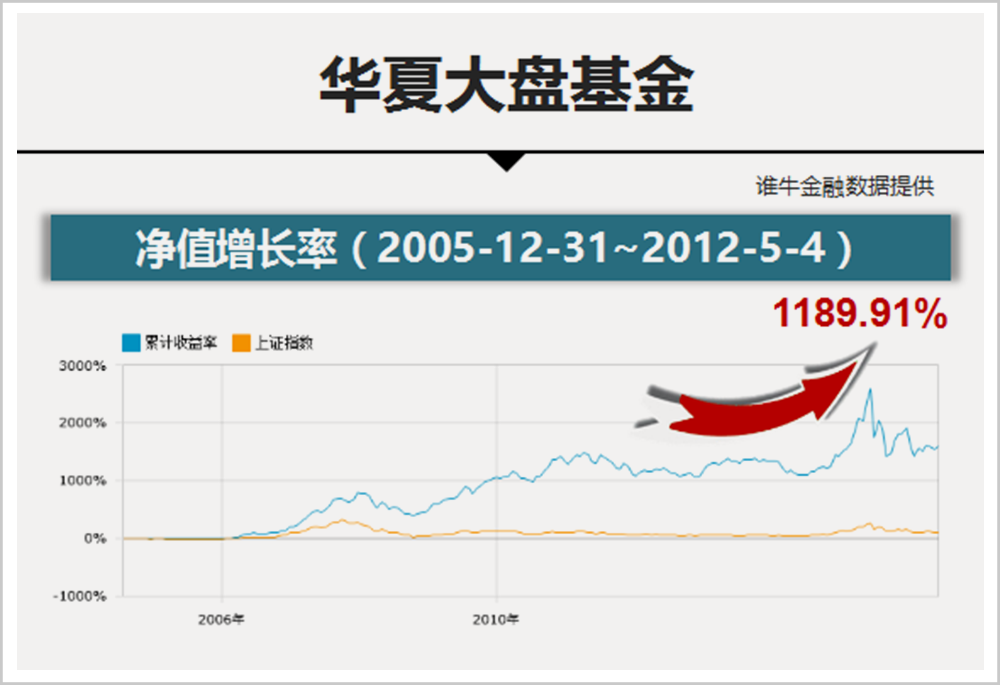 As a result, he became the first fund manager in China to bring 10 times return to fund holders.

What made Wang Yawei famous in the first battle was his superb stock picking ability.

However, since the switch to private equity in 2012, the halo over its head has quickly faded, not only the poor performance of its products, but even the news that it was liquidated at a loss.

Nowadays, the head of the city is changing the banner of the king. Few people born in the 1990s remember Wang Yawei. They have a new idol, Kun Kun.

It’s almost like a reprint of history. What today’s young people are talking about Zhang Kun, Liu Gesong, and Cai Songsong is also their “super” stock picking ability.

But Buffett’s golden partner Charlie Munger once said:Good opportunity, overdoing it, and perilous.

Compared with the successful fund bosses in the United States, Kun Kun has to go through more bull-bear cycles before they have truly obtained the certificate to the investment temple.

Unlike young Chinese who crazily pursue fund managers, after more than 300 years of hammering, Wall Street is reaching a cruel consensus:

Relying on personal ability to continuously beat the market is almost an impossible task.

As a result, when China’s new foundations are frantically pursuing talented stocks, Wall Street, as an old predecessor, is “dehumanizing.”

Bloomberg has counted the performance of U.S. equity funds and found that:

In 2019, 70% of equity funds did not perform as well as the S&P 500 index. and,The longer the time period, the worse the performance. Over 15 years, more than 90% of funds have underperformed the index. 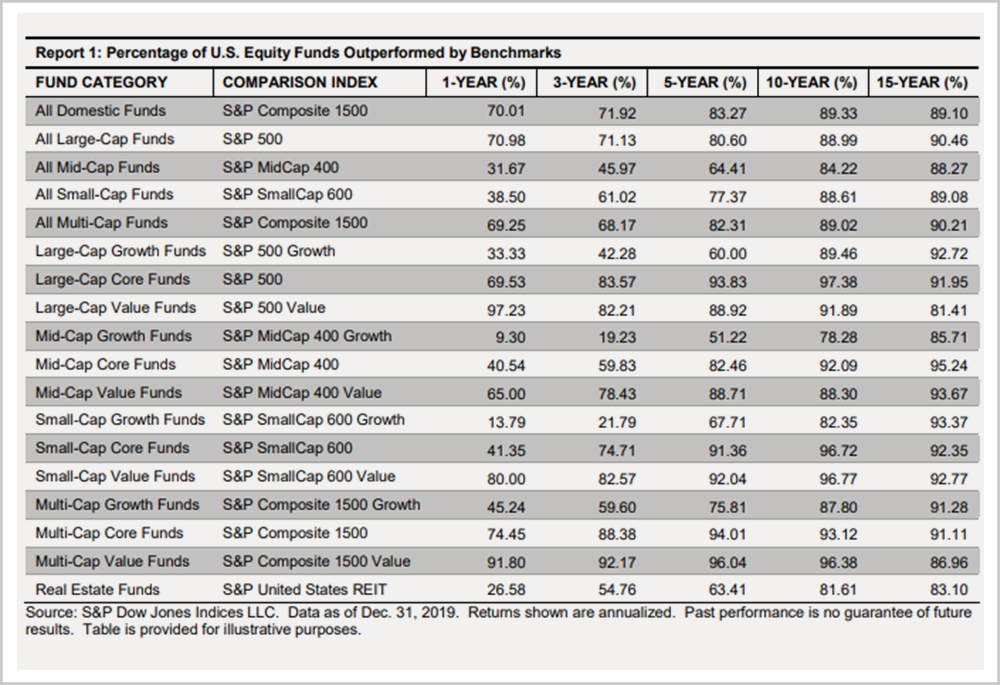 The reason is also very simple, often walking along the river, how can you not wet your shoes.

Even Warren Buffett, after missing Bezos, said annoyedly:“I was so stupid that I didn’t realize that he could succeed.”

Perhaps it is realized that human beings have major shortcomings and defects in investment decisions. When we are still keen on star stock picking, the investment beacon for all mankind on the other side of the ocean——A revolution is breaking out on Wall Street.

In 2019, many authoritative financial media, including Forbes, Bloomberg, and The Economist, are reporting on a landmark event:

The scale of passive funds surpassed active funds for the first time in history. 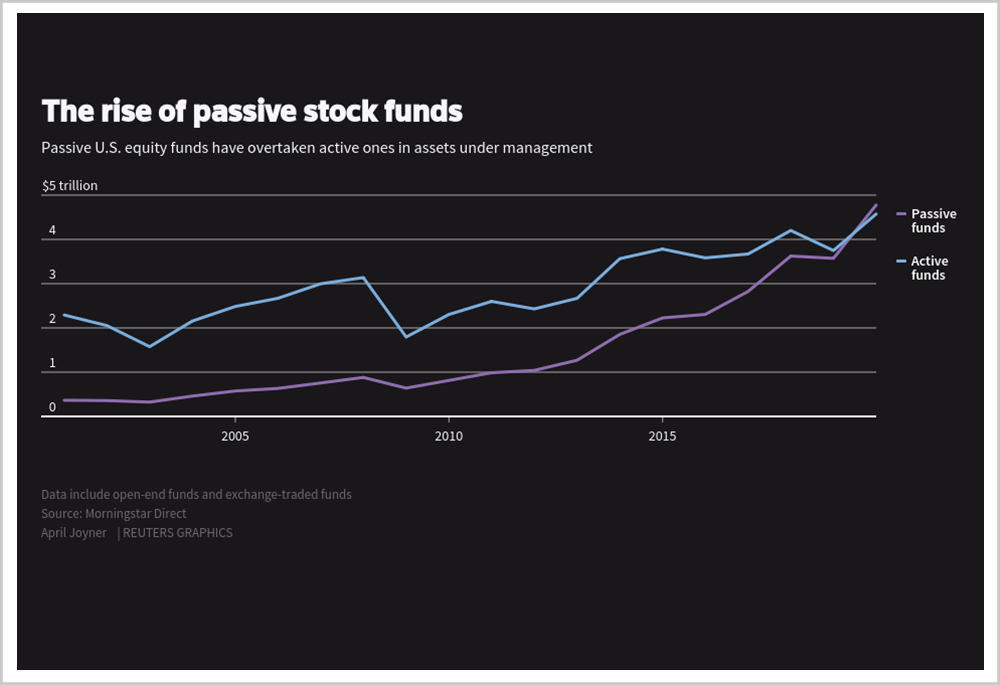 Bloomberg used one word when reporting this incident: the end of the era.

What is a passive fund? In layman’s terms, it is an index fund, that is, a fund that directly replicates the index without selecting stocks.

On the contrary, an active fund means believing that it can beat the market and actively choose stocks and time. Most of the smashing funds in 2020 belong to the latter.

In the history of the United States, celebrity stock picking has also been popular, the most famous being Peter Lynch.

The most legendary fund manager in human history has created up to 29 times the income in 13 years. However, in 1990, at the peak of his life, he chose to retire early.

As for the reason, he said:“I hope to avoid a tragic ending.”

Countless people felt sorry for Lynch, but in hindsight, this was an extremely wise decision. Because the era of star fund managers has passed. 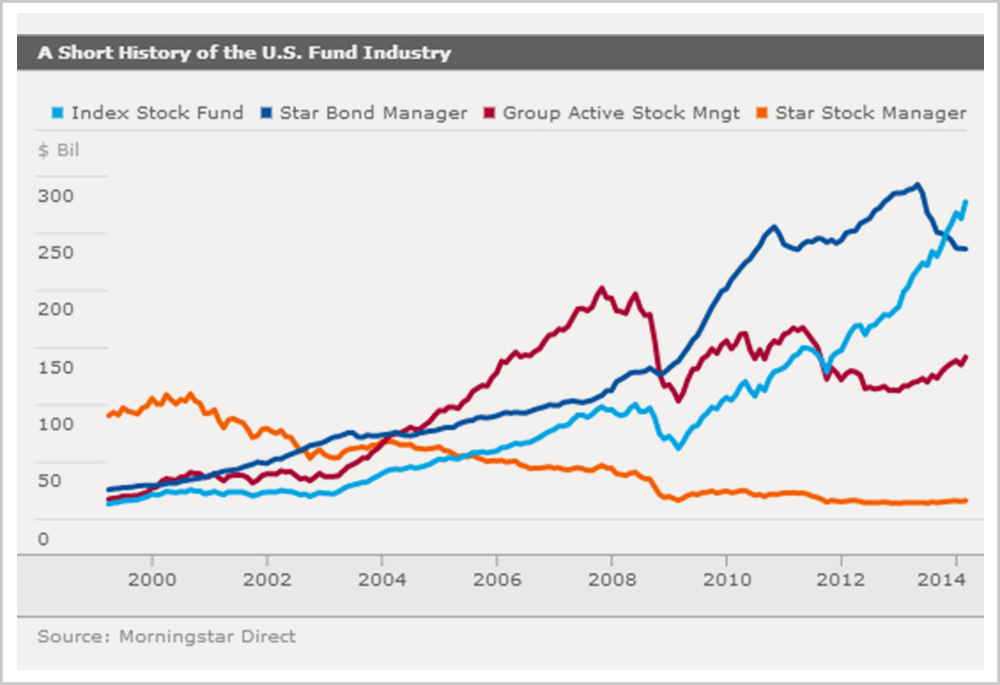 But after the 2008 financial crisis, index funds (light blue line) took the lead.

This is reflected in the size of the fund company. Before 2001, Fidelity Funds, which took the initiative to select stocks, dominated the group. Today, of the top ten funds in the world, seven are index funds.

BlackRock and Vanguard, the top two, have more than US$5 trillion in assets under management, and BlackRock has even more than US$7 trillion.

Scale is a symbol of record and recognition by the market.

As shown in the figure, in most years since 2000, passive funds (purple columns) have higher returns than active funds (blue columns), but their drawdowns are smaller than the latter. 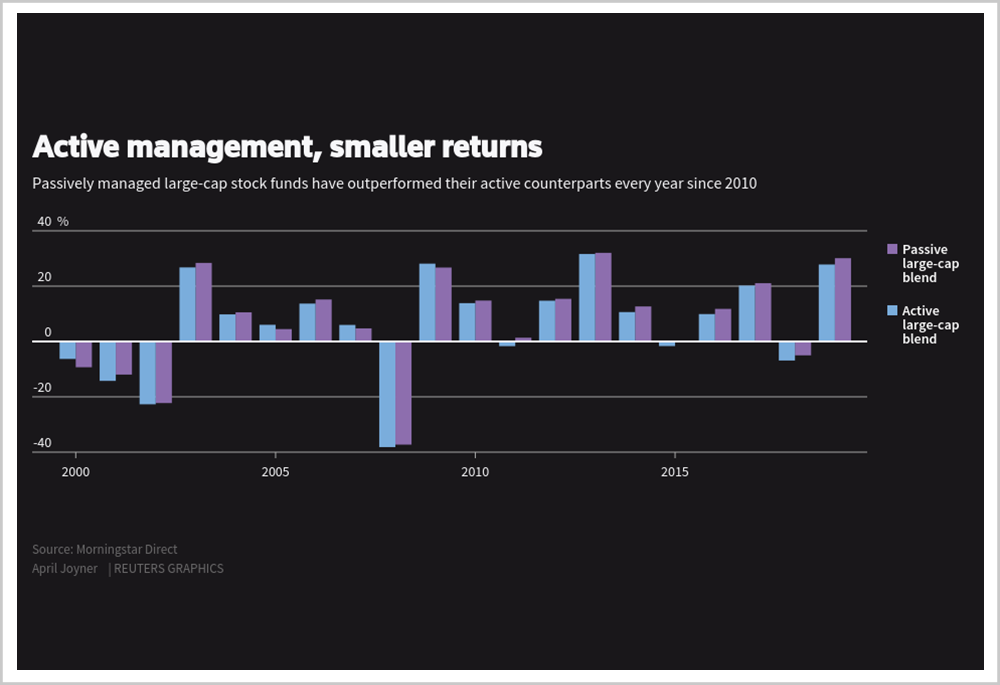 Even worse, with the rapid advancement of computer technology, including computing power and algorithms, fund managers are feeling increasingly strong threats from artificial intelligence.

In the early 1970s, Rui Dalio, who was still “running errands” on the trading floor of the NYSE, had to rely on large screens and stock market machines to obtain market information.

Since then, humans have played fewer and fewer roles in stock trading. Instead, computers, algorithms and index compilation agencies.

The British “The Economist” once wrote a special article for this and lamented: Today’s stock market is already the world of computers, algorithms and passive funds.

Jim Simmons, the world’s richest hedge fund manager in 2020, started out as a quantitative trading. His other identity is a mathematician.

Market, capital, technology… everything has become different from 20 years ago,Wall Street is ushering in a new era of funds.