The uneven and delayed development of the semiconductor industry in China is the reason why many of these companies are in a situation where they cannot find the supply of domestic components.

The US-China trade war will certainly have a significant impact on China's chip industry, especially when Huawei is banned from the US, the pressure to meet the supply of high-quality chips for Huawei and its competitors. Working in the country will not be easy.

According to a Chinese expert, the country's semiconductor industry will need more than a decade to catch up with other countries due to the weaker industrial base and the US-China trade war that is causing more. new pressure.

Jay Huang Jie, founder partner of Jadestone Capital and former CEO of Intel in China recently shared with the SCMP newspaper about the impact of the trade war on the country's semiconductor industry. this. Huang had previously left Intel in 2015 to form his own company.

Huang said: "China should prepare for a marathon for at least a decade".

Volatility will inevitably occur in the manufacturing industry, especially China's high technology, the main cause is the US-China trade war. If the United States continues to exert pressure by raising taxes with China, the high-end supply chain may leave China. Of course it is unlikely to happen after a night but it is not impossible.

For that reason, Beijing is urging its chip makers to increase self-sufficiency, especially self-produced chips in the wake of escalating trade war with the US.

Chinese President Xi Jinping emphasized the need for self-reliance and innovation to combat long-term challenges from the United States. He said: "Only when we own our own intellectual property and core technology, can we create products that are competitive and not defeated by rivals." 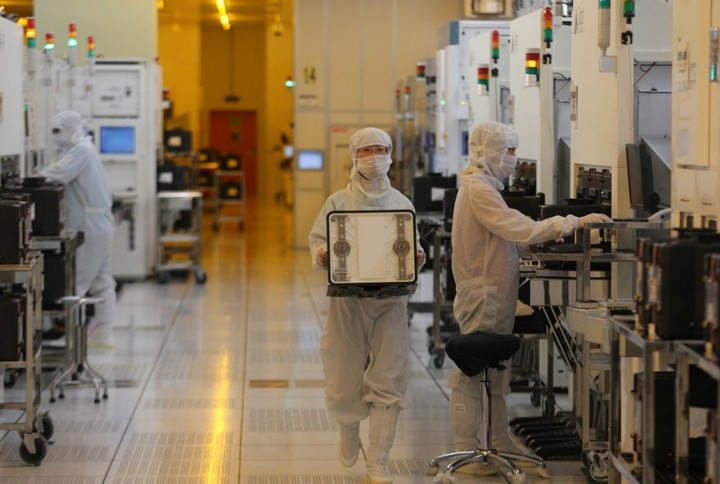 There have been many recent discussions between the two countries, but both have failed to achieve the desired results. This is also the basis for the Trump administration to release the first "blow" by banning Huawei.

After Trump's executive ordinance came into effect two weeks ago, many US companies officially broke their partnership with Huawei. These include companies such as Google, Intel, Qualcomm, Microsoft, etc. These are all companies with close partnerships with Huawei.

Trump's move is intended to prevent Huawei from engaging in activities that endanger US national security and foreign policy. At the same time, banning Huawei also helps prevent the company from accessing important US technologies such as chips and software.

But of course, Huawei was soon aware of this situation and actively sought alternative supplies and manufactured chips itself. For example, processing chip of subsidiary HiSilicon. However, this contingency plan of Huawei is effective whether or not it depends very much on the ability to meet domestic components.

Finally, Huang stressed: "There is not much difference in the short term between chip localization at 99% or only about 10%. If it is impossible to find any alternative supply for just one component, there is no other way. to get it ".

In order to make a difference and no longer depend on the outside like the United States today, it is clear that China will have a lot of things to do with its semiconductor industry.

Post Views: 17 In the context of the outbreak of Covid-19 and the upcoming July of the lunar calendar, many motorcycle dealers have had a “headache” trying to stimulate sales, including incentives on prices and gifts. gift included. Motorcycle dealers offer a range of price incentives For example, customers who buy scooter models such as […]

Post Views: 7 This article was contributed by users~ As a five-year old planner, I have recently started to bring newcomers and found that the elementary, intermediate, and advanced planners have very obvious stages in thinking about problems. Just recently the new project is teaching newcomers to build an enhanced system, so I will summarize […]

Season with salmon flakes! Cream penne of salmon and turnip

Post Views: 39 Season with salmon flakes! Cream penne of salmon and turnip 20 minutes Introducing the recipe and how to make “Salmon and Turnip Cream Penne”. Seasoned with salmon flakes and cheese, so the only seasoning is salt when boiling the penne. It’s easy to make because the taste is decided without seasoning ♪ […]