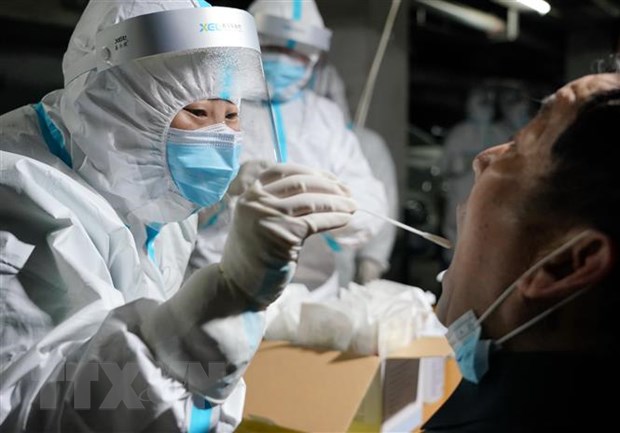 On Jan. 21, local officials said a total of 458 surveillance centers in Shijiazhuang City, the capital of northern China’s Hebei province, were being used for centralized isolation.

Shijiazhuang is one of the epidemics of acute respiratory infections COVID-19 in the new wave of epidemic infections in mainland China.

Speaking at the press conference, Ms. Manh Tuong Hong, Deputy Mayor of Shijiazhuang, said that the sporadic cases of COVID-19 in the city were gradually decreasing and most new cases were discovered in centers monitoring.

All isolated individuals are tested for nucleic acid every 2 days.

As of January 21 noon, a total of 34,029 people have been quarantined at the above centers.

Lebanon on January 21 announced a 2-week extension of a blockade, applied earlier this month, to highlight the number of COVID-19 cases that are overwhelming the medical system.

The Lebanese government said stringent restrictions on nationwide travel, expected to expire on January 25, will now take effect until Feb. 8. This decision was made in response to the increasing number of COVID-19 cases and the number of patients requiring special care.

On January 20, the Ministry of Health of Lebanon announced an additional 4,332 cases and 64 deaths due to COVID-19. Currently, the number of cases of COVID-19 in this country has increased to more than 250,000 cases in about 6 million people.

On the same day, the Egyptian House of Representatives passed the presidential decree to extend the state of emergency for another three months, from January 24 to. The decision was made in response to “dangerous health and security situations occurring in the country.”

Under the decree, the armed forces and police will take the necessary measures to combat terrorism and terrorism financing, maintain national security, protect public and private property, and people’s lives.

According to the Egyptian Constitution, decisions to extend the president’s emergency must be passed by parliament.