Can currents in the world be interconnected?


The production and consumption of electricity is limited within the country only. Professor Gérald Sanchis from the International Conference on Large Grids (CIGRE) said: “There is virtually no connectivity between grids on the same continent and no interconnections between grids on continents. different”.

However, under the current wave of comprehensive transition to renewable energy, the only industrial network that has not yet reached global connectivity has brought about a series of problems. Not all energy companies have enough local wind or solar power; Moreover, when faced with unstable wind or solar power, relying only on it will bring some pretty “damaging” problems.

Therefore, the science and industry came up with an idea: build a global power grid, or in other words, they will build a grid connecting all 5 continents.

Damien Ernst, a professor at the University of Liege in Belgium, recalls: “In 2013, we started working on this idea, and it was not of public interest at that time.” But now people are starting to notice this. To comply with the Paris Agreement, it is essential to share electricity across continents; in the long run, the power of the Internet of Power project can provide 100% renewable electricity.

Damian Ernst is not alone in support of the Internet of Power, so far, the United Nations has also introduced the grid connection plan on the “2030 Agenda for Sustainable Development” and China also questioned. Grid connection is the core of “Belt and Road”; a global energy network development cooperation organization that brings together 250 engineers and 600 partners (GEIDCO) also aims to create a globally connected energy network.

Realizes renewable energy sharing can solve the long-standing energy problem. When winds in one area weaken, monsoons in another can flourish; Even if a solar station in one area is obscured in the night sky, there will always be bright sun in another area. Therefore, the importance of this supplement is more pressing than ever.

“Our latest research shows that the winds on the southeast coast of Greenland can compensate for wind gaps in all of Western Europe,” says Damian Ernst. Similarly, summer winds in North Africa are stronger, while winds in Europe continue to weaken at this time. Engineers hope to use the seasonal differences between the northern and southern hemispheres to complement each other with wind and solar power. 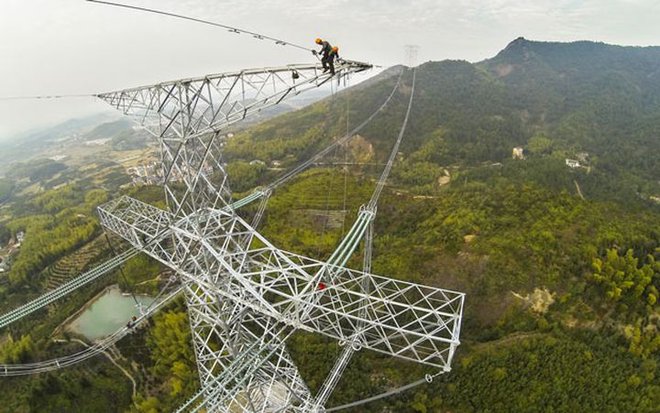 The formation of electricity grids also helps to develop energy in remote areas. “Greenland, the Kerguelen archipelago in the South Indian Ocean and the Tierra del Fuego archipelago in South America all have quite abundant wind,” Damian Ernst gave an example.

Therefore, it can be said that the electrical energy network can correct for the difference in electricity consumption globally under the effect of time zone difference. “During times of low electricity usage in Europe, we were able to transmit low-cost excess electricity in Europe to Central Asia and the Americas, where the demand is greatest and vice versa,” said Marten. Says Blanclinke of the University of Cork.

“Currently, due to the lack of adequate infrastructure, a large amount of renewable energy cannot be supplied to the user and is thus wasted.” Zheng Zhanghua, head of GEIDCO office in the EU, confirmed. The grid can spread clean energy around the world and significantly reduce expensive emergency reserves, thereby solving power shortages in some areas.

DC cable can stretch across the sea or even the ocean, but “installing cables at a depth of 3000 meters under the sea is still quite a problem,” admitted Gerald Sanchi. “Previous research on the costs and benefits of intercontinental grid connection has shown that such projects bring many benefits.” Marten Blanclinke points out.

In fact, grid-connected projects have continued to emerge. The feasibility of the “Asia Super Grid” connecting China, Japan, South Korea (even via Korea), Mongolia and Russia has been and is being studied. “This grid passes through Russia and possibly even reaches the American continent via the Bering Strait.” Damian Ernst fantasies.

Australia, a country with abundant solar energy, is considering providing energy to Indonesia, the Philippines and Malaysia. A solar power plant in northern Australia and an electrical connection project in Singapore were officially kicked off in the summer of 2019 and scheduled for completion in 2027.

On the Americas, there are plans to connect Mexico and Colombia so that the grid power can be linked between North and South America.

In Africa, “The World Bank encourages countries to build interconnected grids and even sees this as a major development initiative,” says Gerard Sanchi.

On its part, the European Union is also strongly promoting grid connectivity. Germany, the United Kingdom, Sweden, Denmark and Belgium are promoting cooperation on offshore wind farms in the North Sea. The grid link between Caen in France and Southampton in the UK is expected to be operational this year; linked grids in Brittany and southern Ireland will be completed by 2026; During this period, Scotland may have a lot of water resources and Iceland geothermal establish energy link. 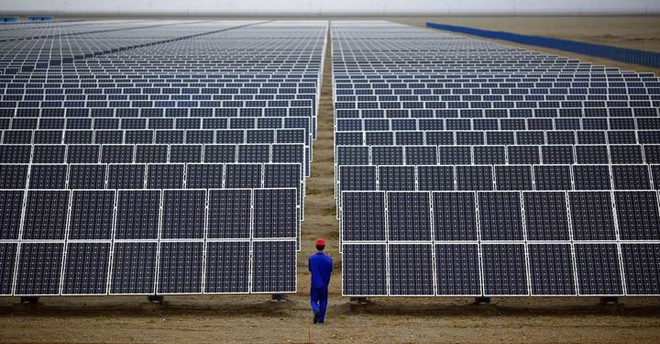 “In reality, Europe and Asia are building the first intercontinental grid, which will pass through Greece, Cyprus and Israel, expected to be completed by 2023!”, Stressed Marten Blanclinke. A 2017 European Commission study even looked at building a connection between Europe and China, depending on the length and difficulty of the construction, the cost ranges from 15 billion. to 28 billion euros.

The European grid will also expand to Turkey, Kazakhstan, Russia and North Africa. A power supply network between Portugal and Morocco is planned, and another connecting Tunisia, Malta and Italy is also planned. Although the construction of large-scale electrical connections between Europe and the Sahara has not officially started yet, energy companies in countries along the Mediterranean will regularly discuss related issues. in the Alliance of Mediterranean Transmission Systems Operators (Med-TSO).

All of these electrically connected projects scattered around the world will eventually be woven into a giant grid covering the world. Of course, there are still many issues to be resolved. For high power transmission lines to pass through, large-scale corridors have to be opened, which will inevitably lead to some environmental problems; To implement large-scale power generation projects in fallow lands, many different factors must also be considered. Another problem is that the global power grid could pass through some war-ravaged areas or connect conflict states, and it is very likely that the power supply will be cut off unexpectedly. So there is a need to establish an intelligent power geopolitics, because unlike oil or natural gas, storing electricity is extremely difficult.

To put it bluntly, building such a complex electrical grid is a challenge for mankind. “It is necessary to rely on artificial intelligence”, Damian Ernst said that it is necessary to coordinate the process of operating power between countries, because nearly a century, countries have operated their own power independently.