Step 2: Select all fonts and press Install to install the font set on the computer. 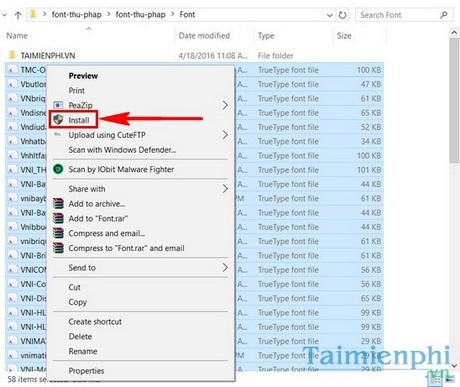 Step 4: Enter the text you want to write in the section Caption and choose a calligraphy font. Step 5: You can write two types of text on the same video as well. ProShow Producer is a popular photo and video editing software, so you can create colorful and interesting videos with this software. Moreover, if you want to download YouTube videos to your computer for easy editing, you can refer to the article detailing how to download youtube videos without software introduced by ElectrodealPro.

Use ProShow Producer to help you create professional-looking videos from photos available on your computer in combination with Play music on proshow producer at will will create a clip with full sound, meaningful images.