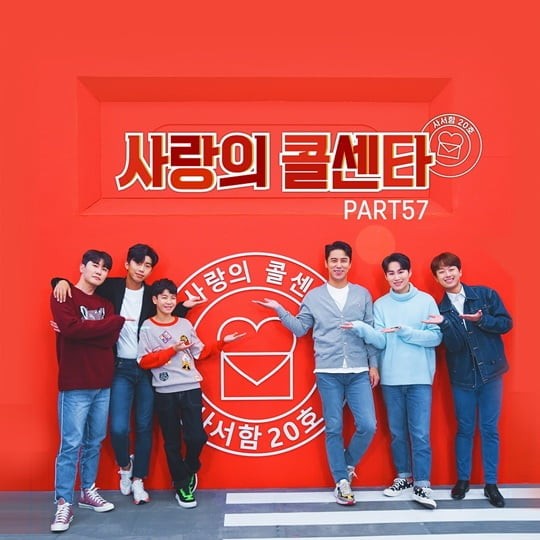 The songs released in episode 57 of ‘Call Center of Love’ will be released through various music sites at 12:00 noon on the 1st. Starting with Young-woong Lim’s ‘Expression of Affection’, Young-woong Lim’s ‘You Look Like a Woman’, Young-tak Young-tak’s ‘Temptation’, Chan-won Lee’s ‘Rokuger’, ‘To a Lady’, ‘Mr. ‘ is included.

Lim Young-woong selected Flower’s ‘expression of affection’ and showed a cool high note, and showed a perfect digest of not only trot but also rock genre. Lim Young-woong’s ‘expression of affection’, which recorded 200,000 views on YouTube with a vertical fancam video, was selected as the title song of the album to be released today and is expected to please the ears of fans.

Kim Hee-jae, who selected Baek Ji-young’s ‘Dash’, shook the stage with a flashy step as soon as the song started. The Dancing Queens also danced together on Kim Hee-jae’s stage, and everyone enjoyed the stage together.

Also, in the ‘Starry Call Center’ corner on this day, a sad story was introduced that a friend had left for blood cancer, but could not visit often due to Corona 19. The applicant asked for Byun Jin-seop’s ‘To the Lady’, and Chan-won Lee sang the song with all his heart, touching the hearts of the viewers.

Jang Min-ho sang Joo Byeong-seon’s ‘Chilgapsan’ after hearing the story of celebrating the birthday of his grandfather, who raised him as a child. Jang Min-ho perfectly digested the song with a mellow voice and sent a one-of-a-kind birthday present beyond the main room.

▶ Receive the first 4 million subscriptions to the economic magazine Naver, the Korean economy
▶ Subscribe to Hankyung’s high-quality newsletter with one click
▶ Look at the Korea Economic Daily, WSJ, and Mobile Hankyung