Recently, a well-known workshop in Ho Chi Minh City has made many people murmur when ‘degree’ 2 C-class Kia Cerato sedans with a completely new look.

This pair of Kia Cerato is designed and upgraded by C-Car Boutique, inspired by two wide body car classes in the world: Liberty Walk and Rocket Bunny.

The first Cerato was designed with the widebody set to take the direction of the famous Japanese car company – Liberty Walk – with strong and nearly contoured lines. 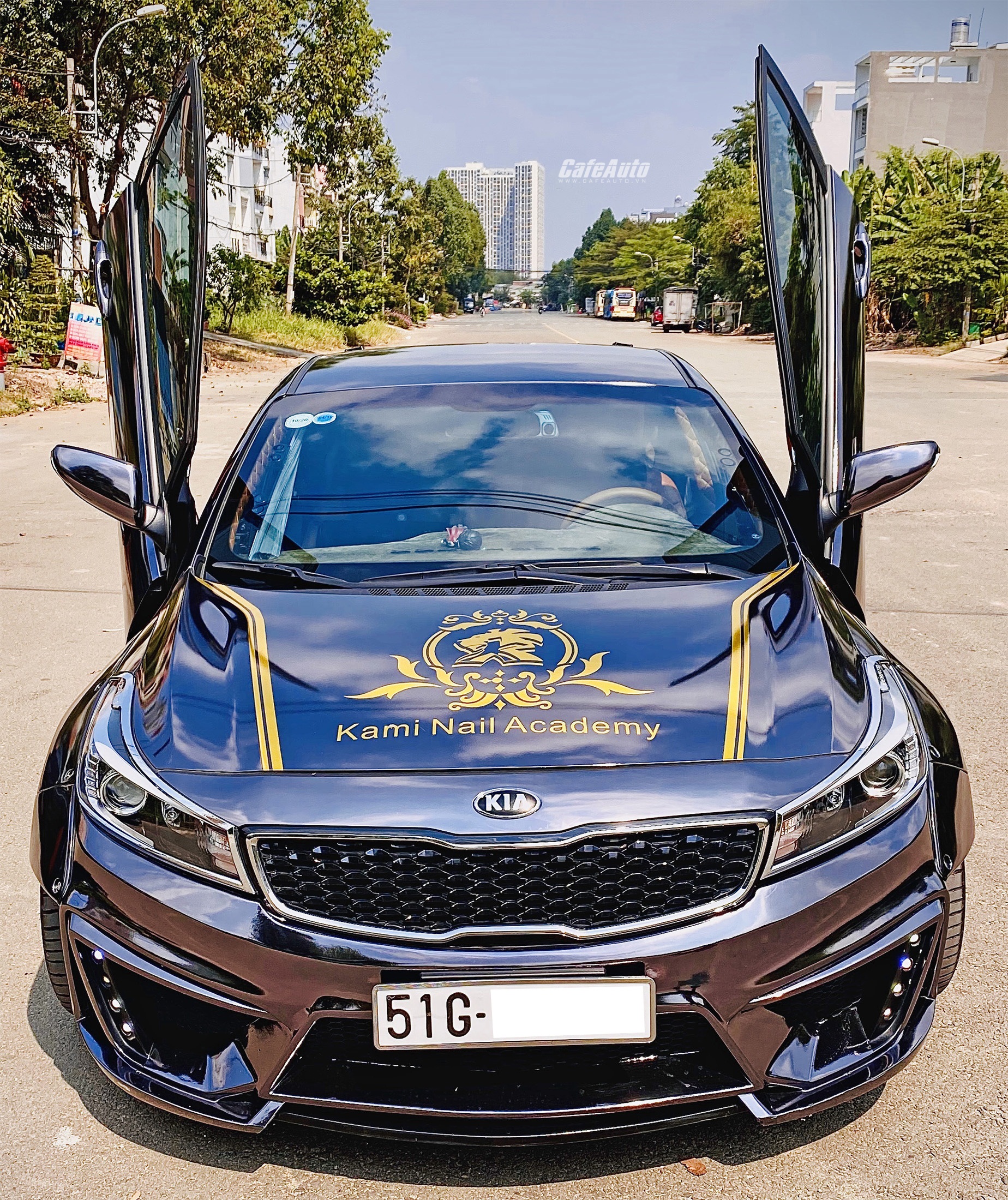 The front of the car features a front bumper with 3 large air intakes. Below are the angular details with the design not inferior to the bodykit of the brand of the origin of the sunrise. 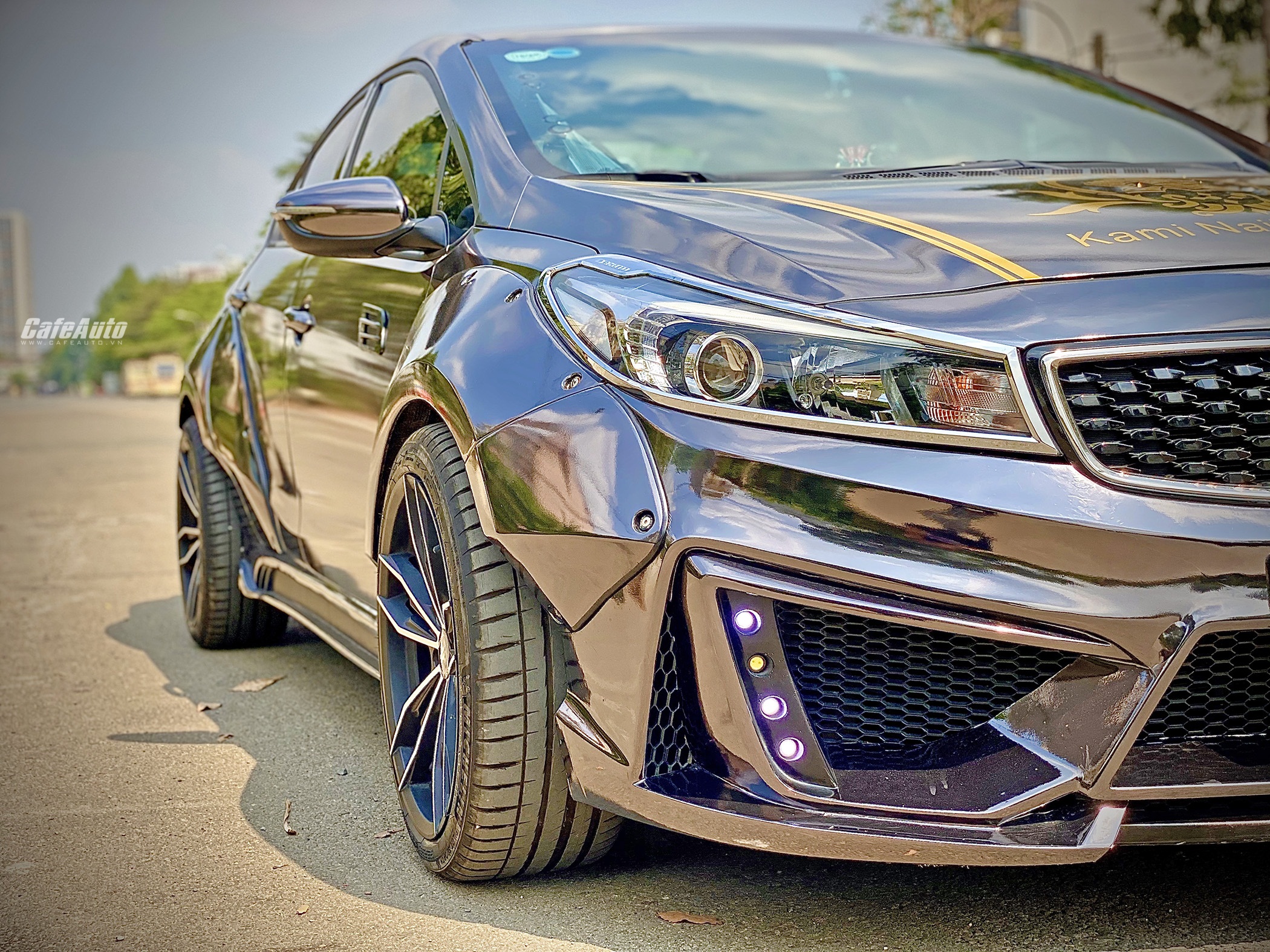 Thanks to this wide-kit, the car becomes more fierce, more pitiful. The two sides of the front bumper are white LED strips replacing the positioning lights while contributing to the aesthetics of the vehicle.

The impressive feature of this C-class sedan lies in the expanded wheel arches, which screwed white directly onto the chassis. C-Car Boutique is designed to expand the wheel cavity according to the owner’s preferences. 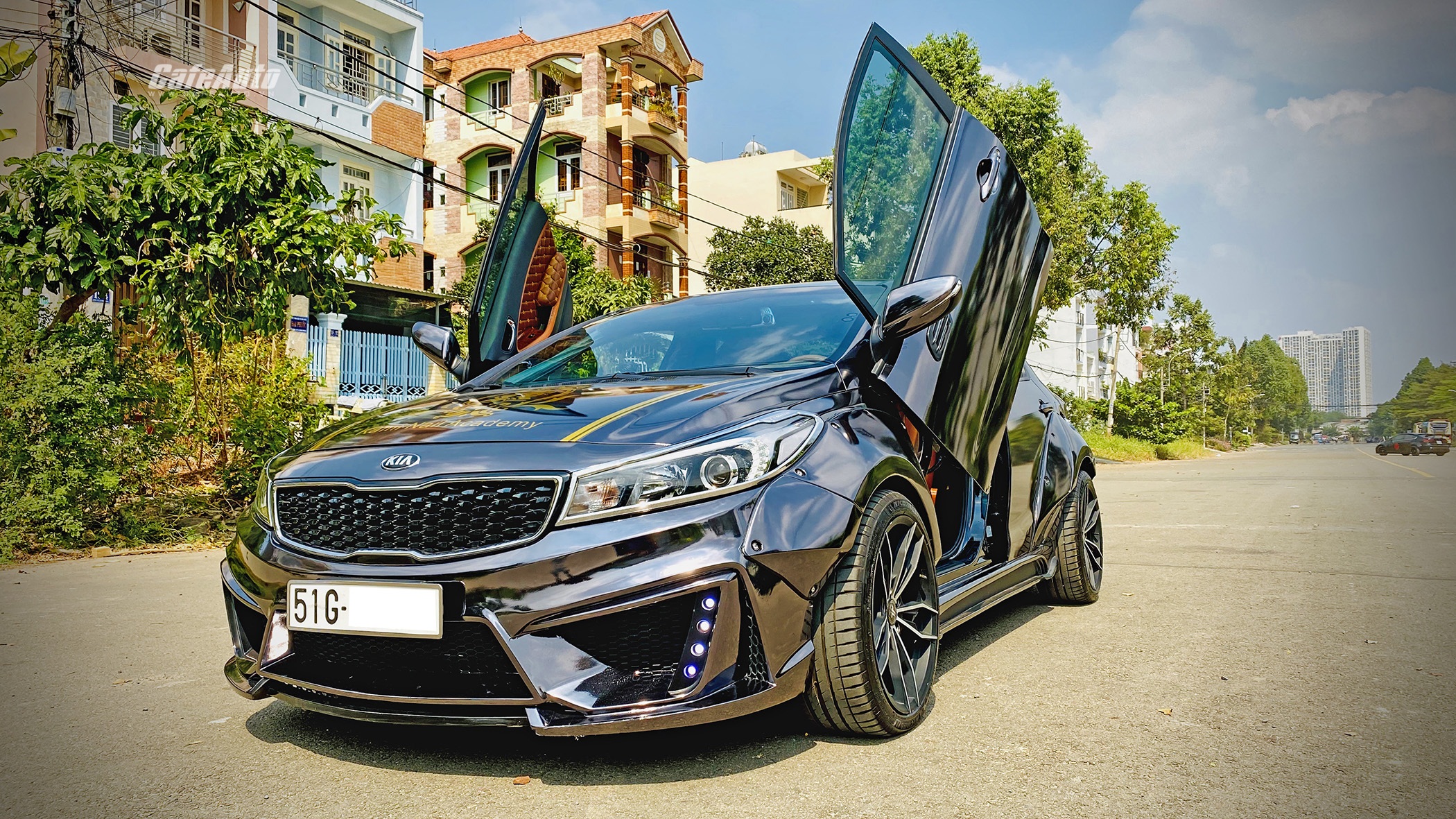 Not only attracting attention thanks to the widebody kit, this workshop has made the Kia Cerato become ‘more difficult to find’ with the doors opened in the scissor style of the brand ‘super Italian cow ‘- Lamborghini. 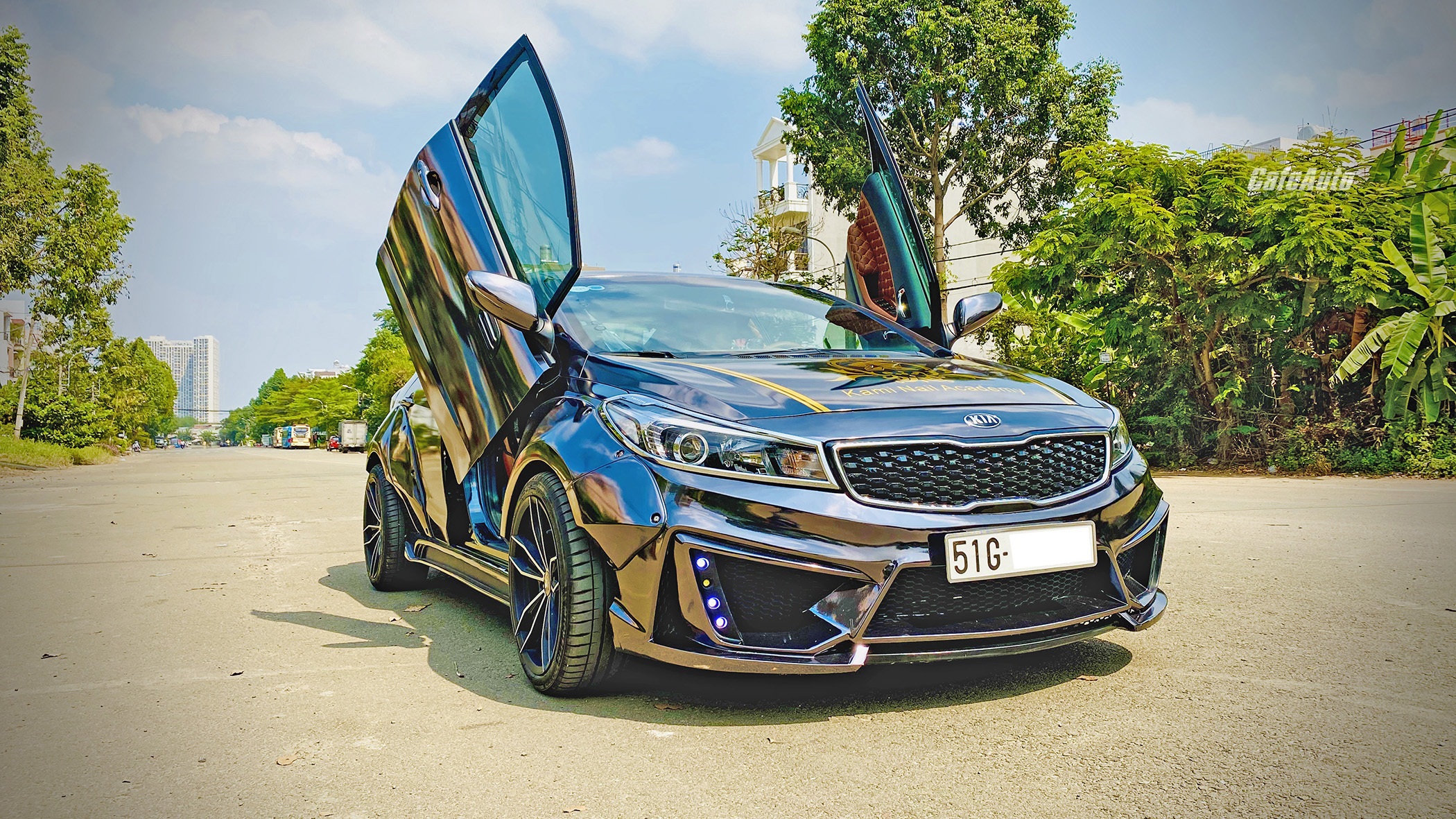 The wheels are also fitted with an additional spacer to push out to fit the widebody. A set of 18 inch 5 spoke dual spoke wheels have been replaced for the original. The supercar has stripped off with new glossy chrome decal. 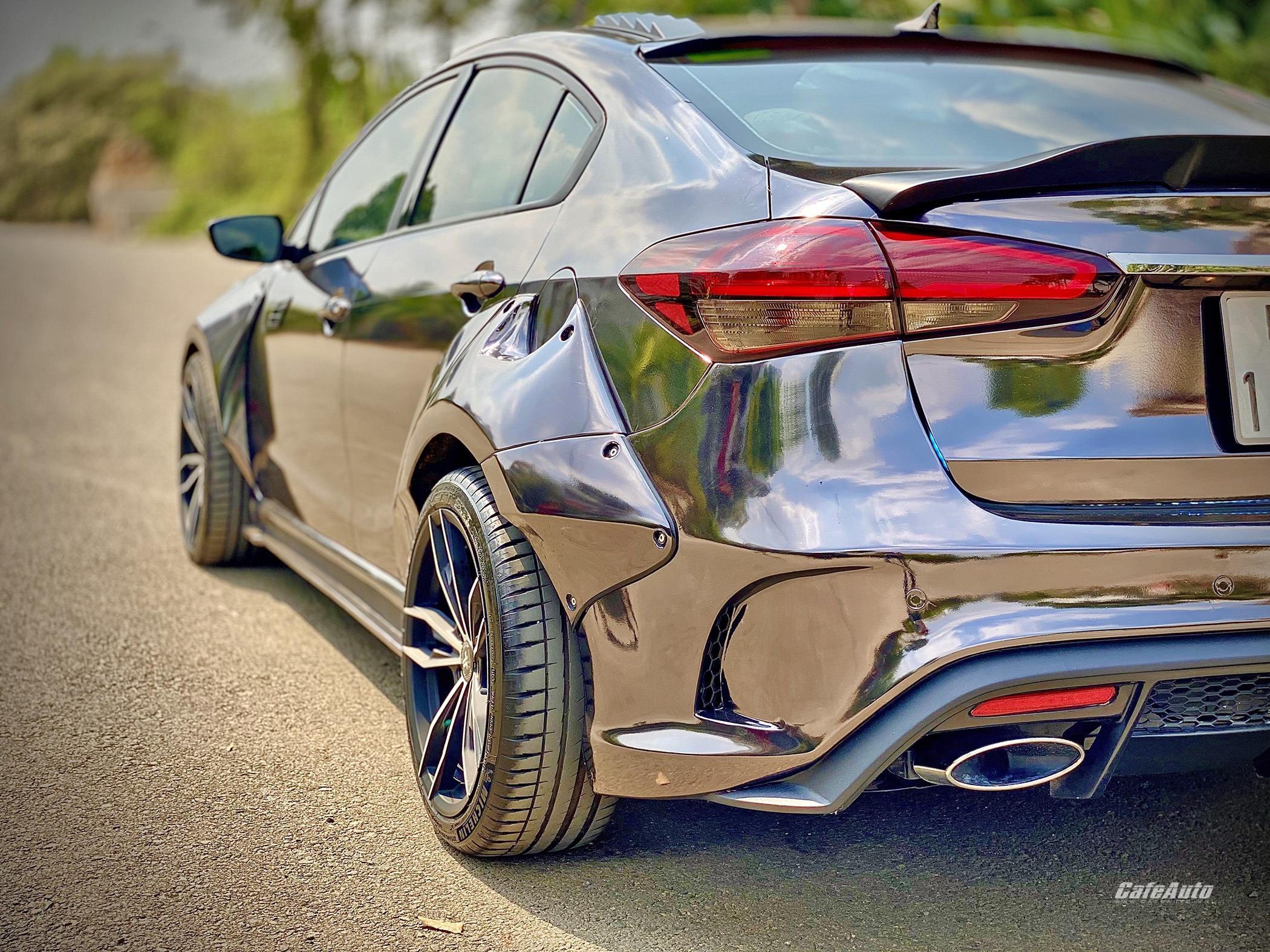 The rear of the car is a pair of large exhaust pipes integrated with a large diffuser to increase the aesthetics and aerodynamics of the vehicle. The small wing is attached to the trunk lid to increase the sportiness. 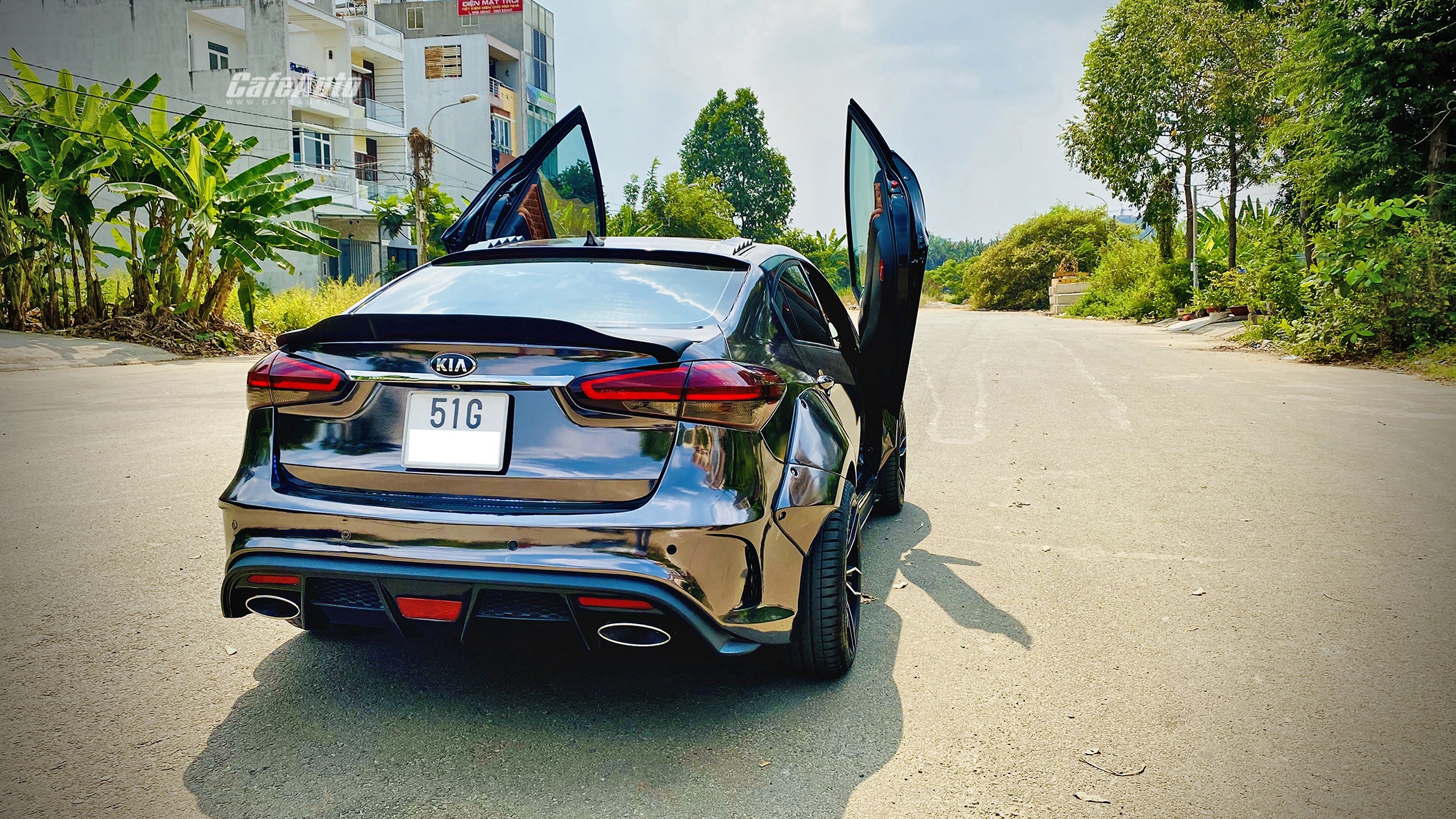 Compared to the first one, the second one is also inferior to the widebody package inspired by Pandem Rocket Bunny. 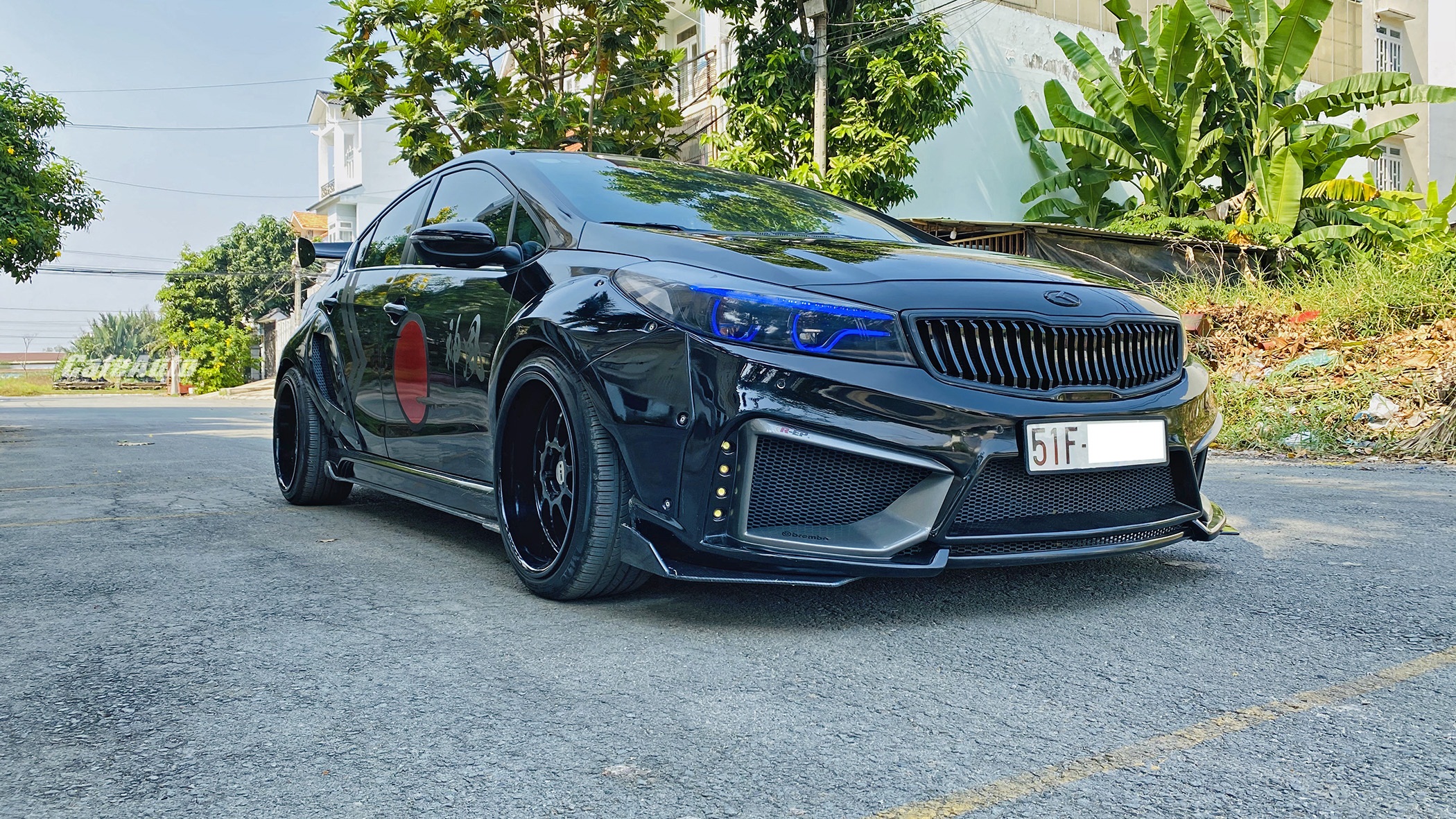 The details of the car such as the front bumper, widening the wheel cavity soft bold instead of angular like Liberty Walk. In particular, the wheel cavity is integrated into the air intake like supercars. 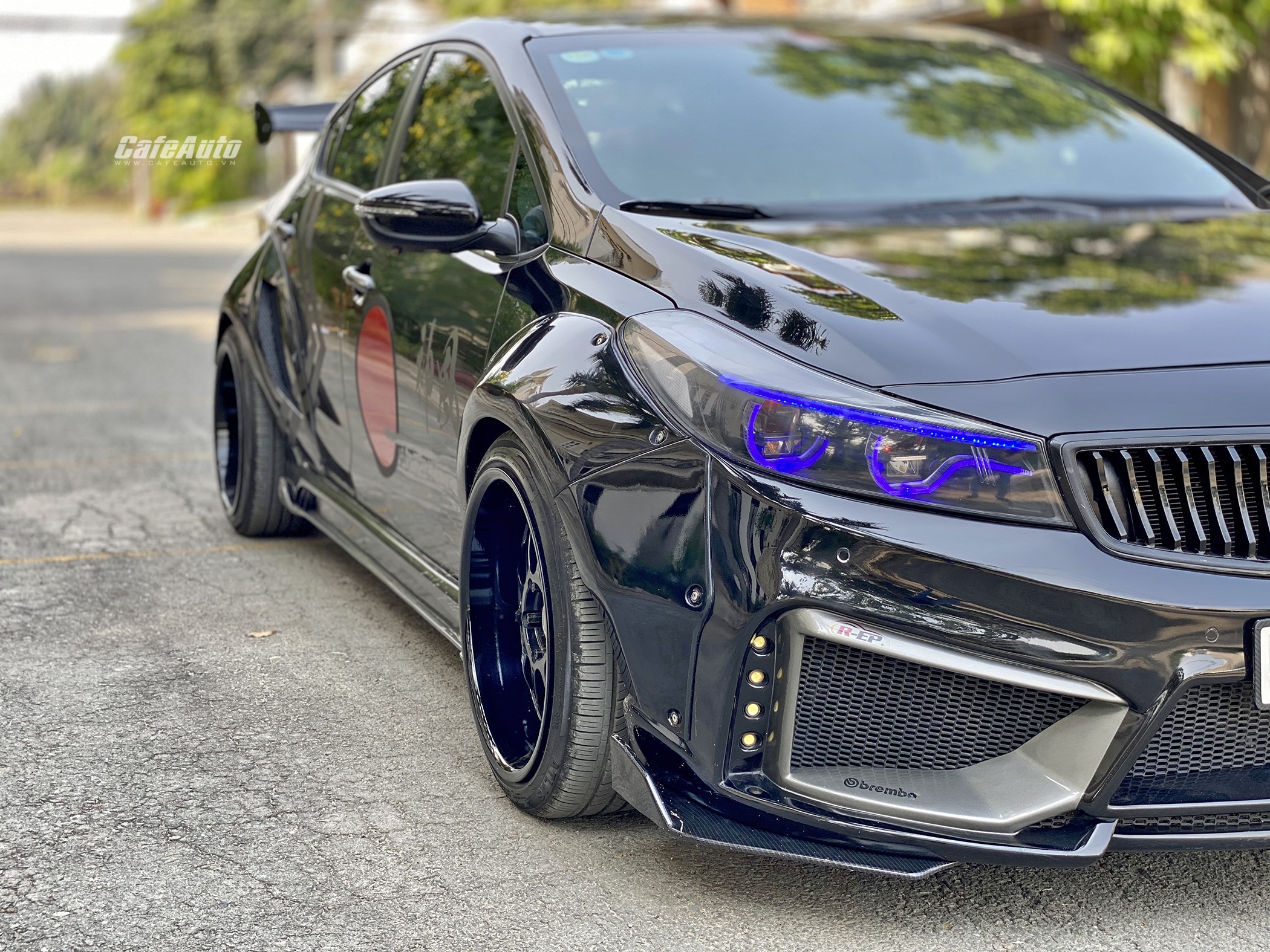 Besides this widebody, C-Car has also replaced it with a laser light system – the light that is only available on luxury cars. The original set of wheels was replaced by the 18-inch ET-30 concave deep inside, exactly like the ‘Bunny level’ and the red brake shackles create a highlight for the car. 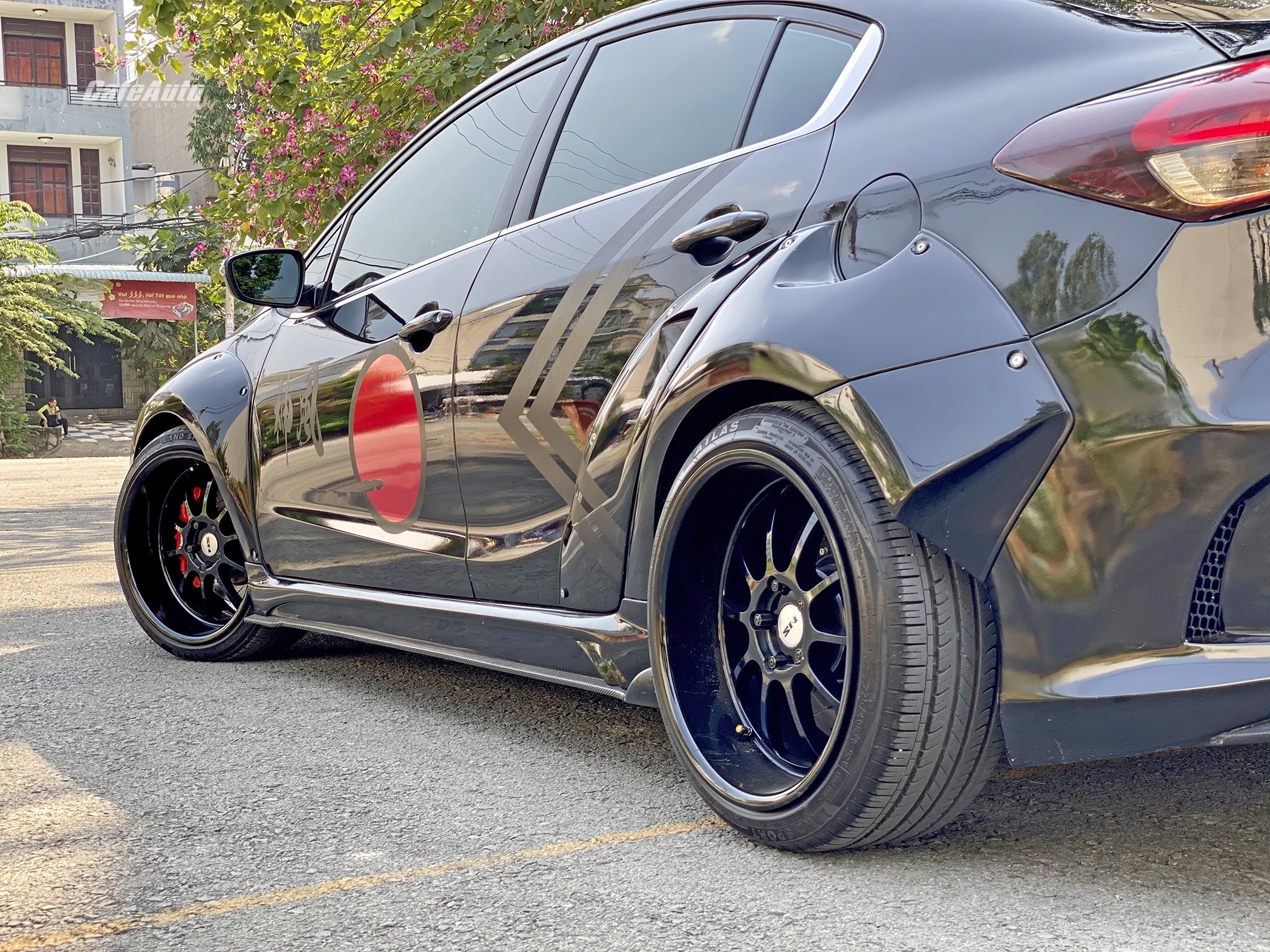 In addition, according to the revealing of the workshop, the car has been full of bracing systems and engine compartment, contributing to increasing the stability of the body and increasing the feeling of driving. 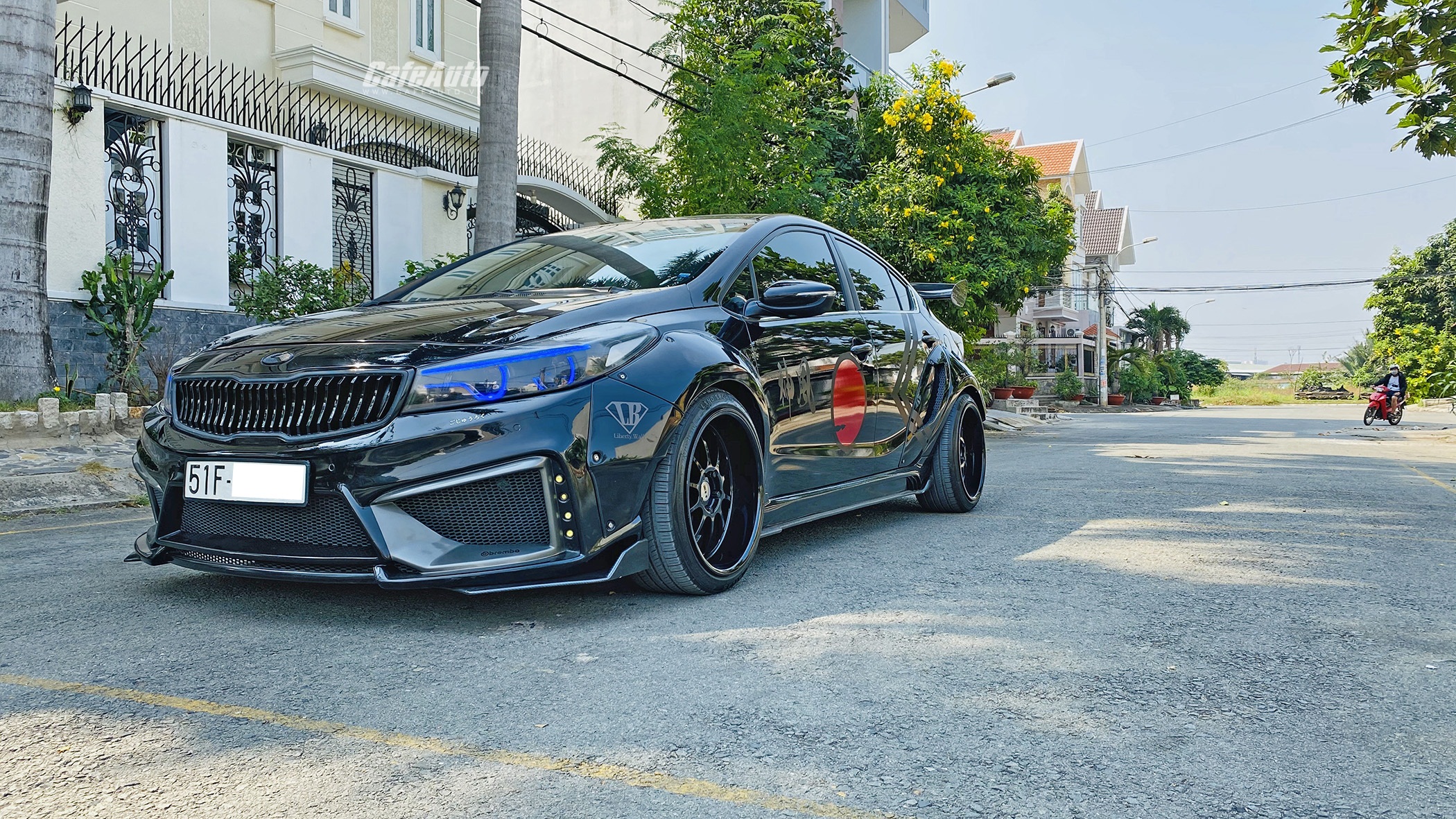 If the Liberty-style widebody Cerato is impressive thanks to the scissor door like Lamborghini, this car will make an impression thanks to the “big” size spoiler on the rear of the car. 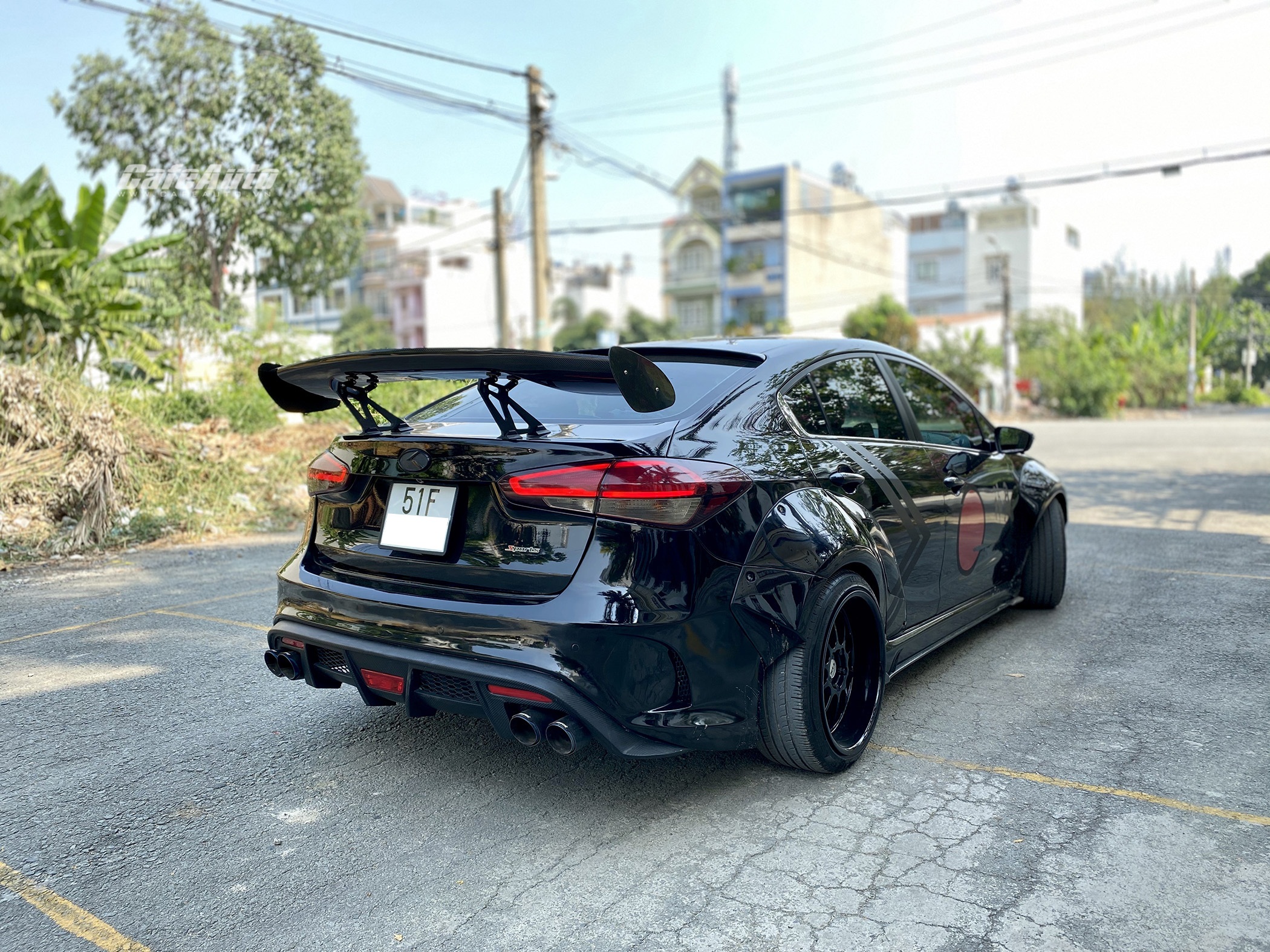 The rear bumper is refreshed with a pair of squad exhaust pipes and 2 air intakes on both sides, comes with a diffuser similar to the Kia Cerato sea 51F. Although C-Car Boutique does not disclose the full cost of upgrading the car, the price is quite cheap and depends on the preferences of the car owner. 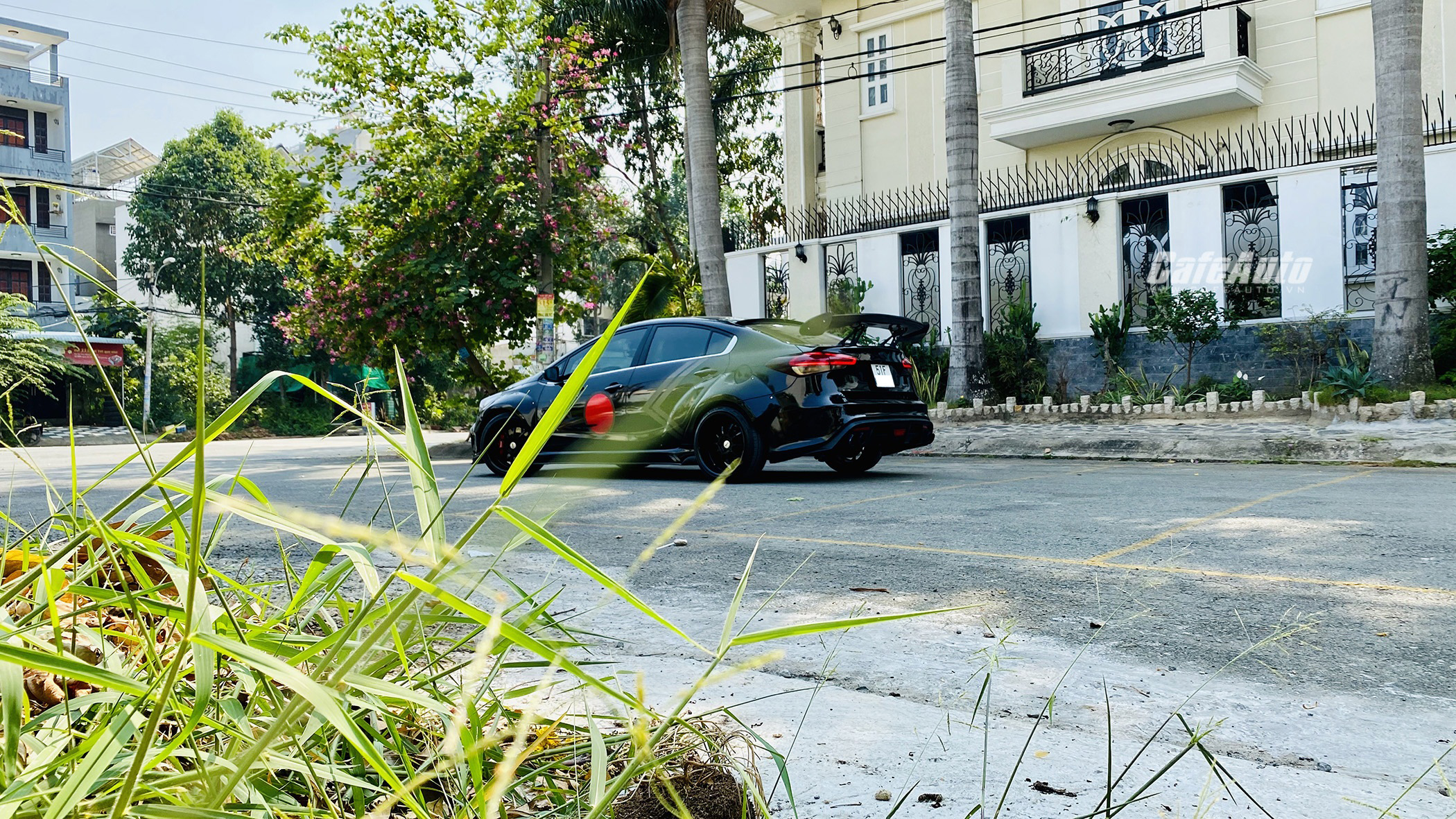 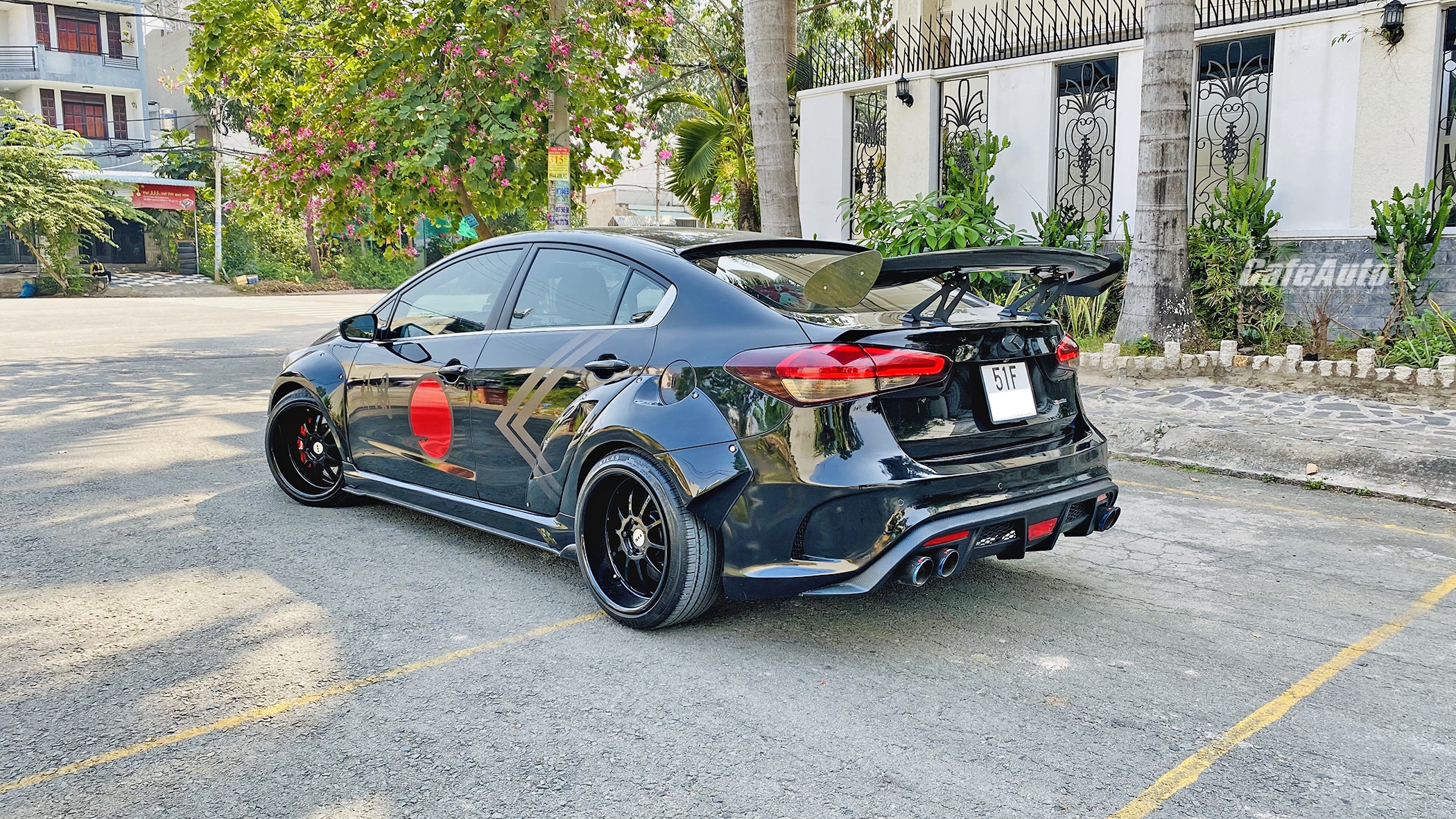 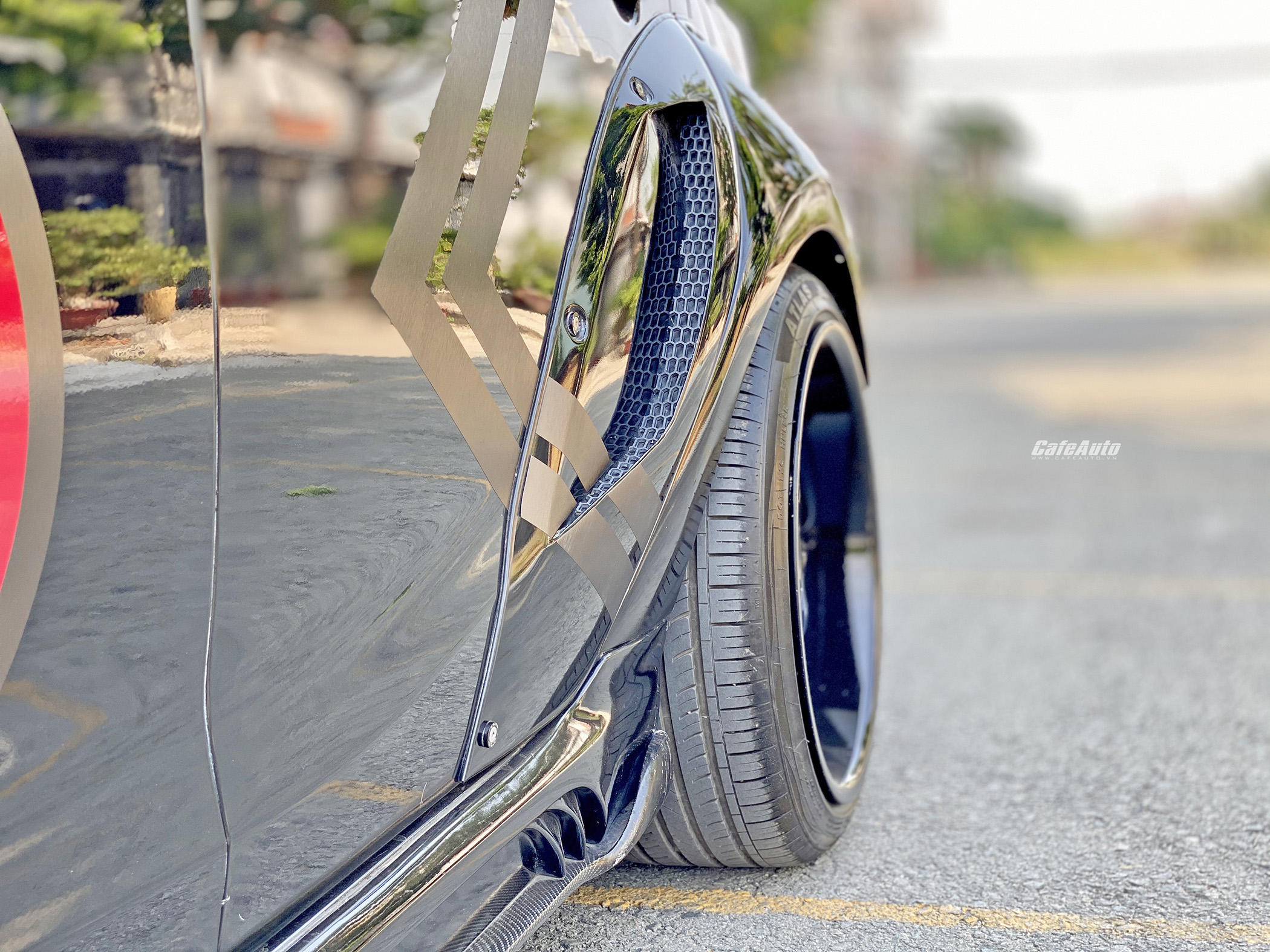 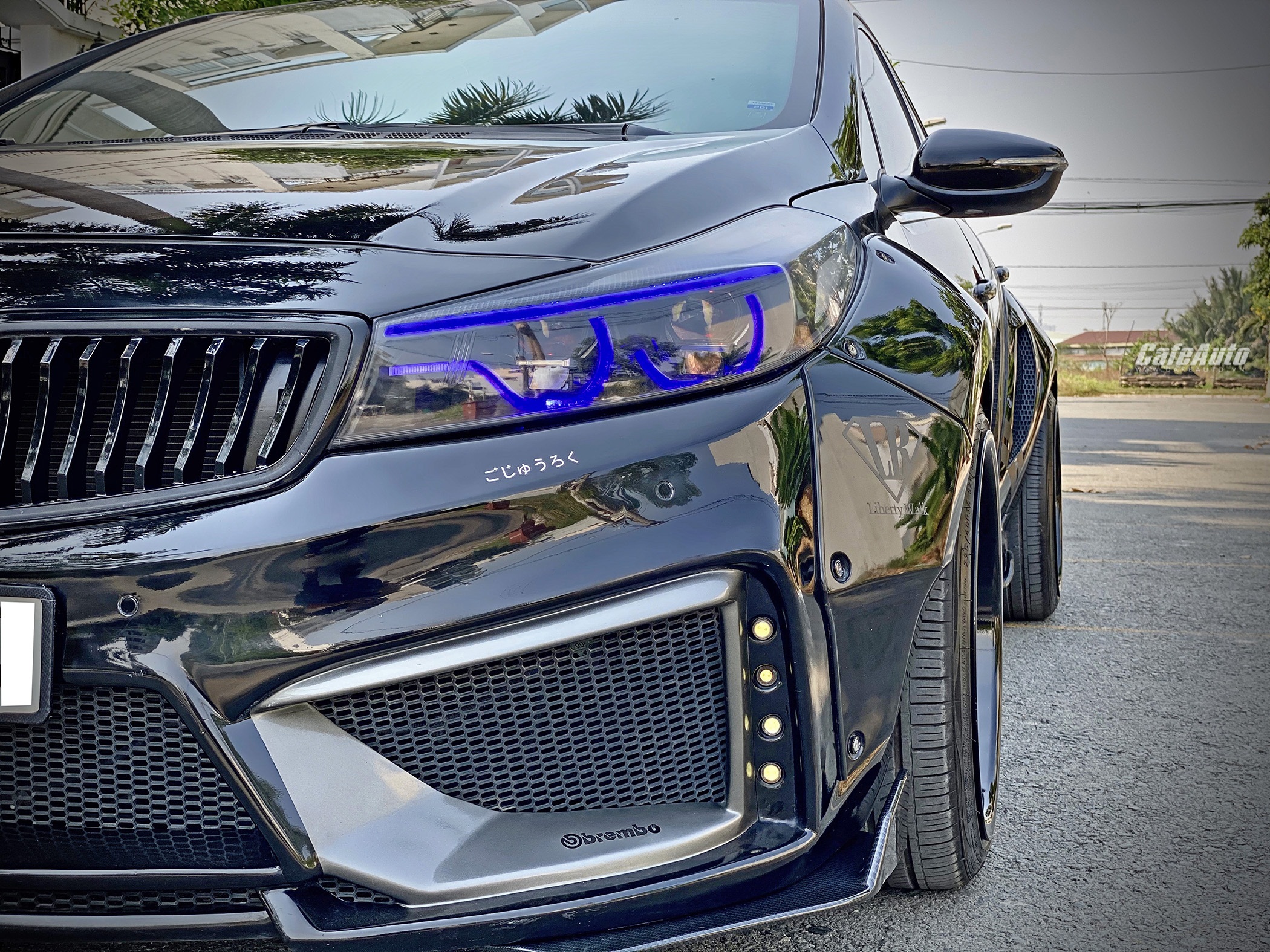 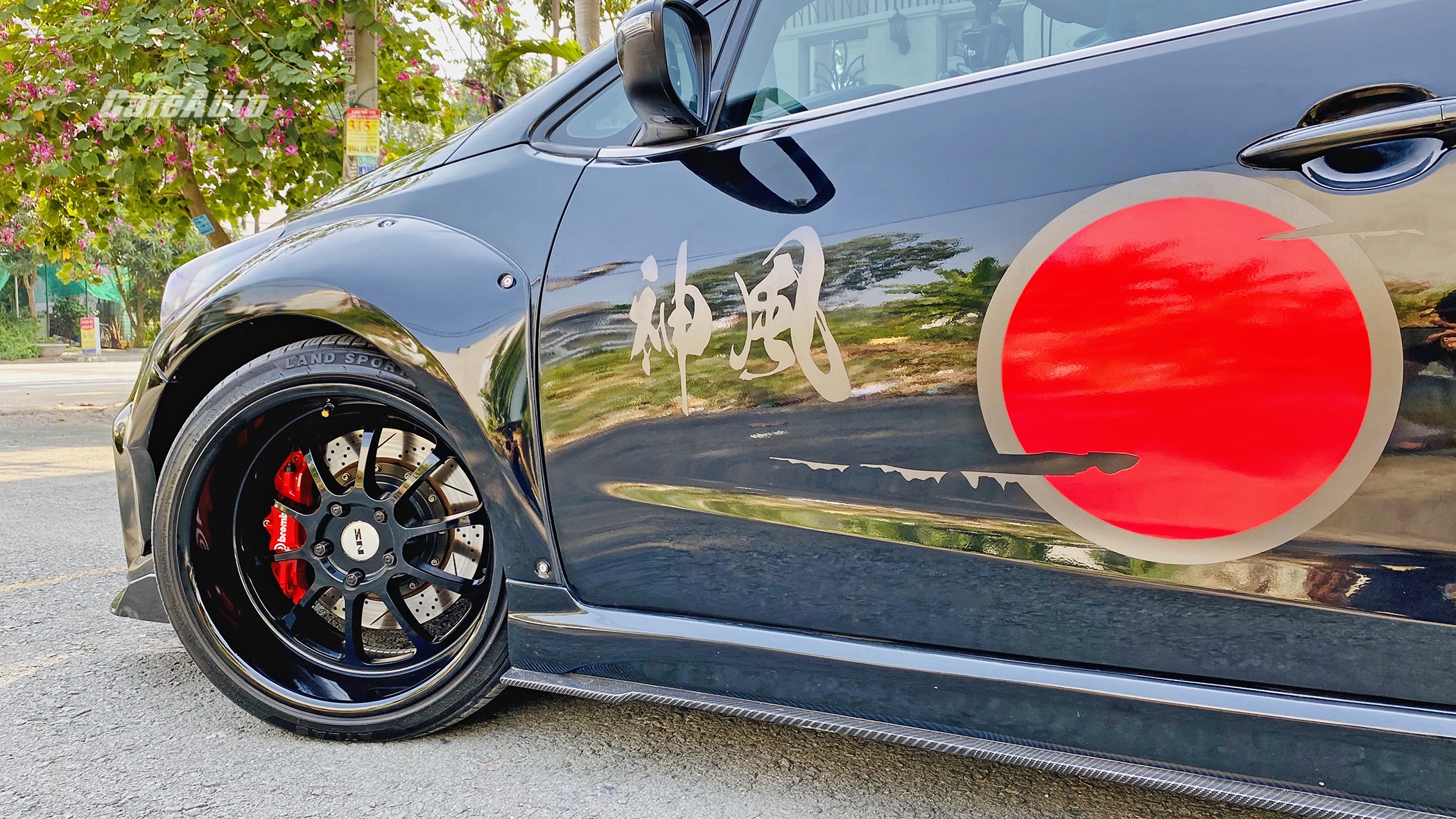