Synopsis A dragon, a strange entity that ordinary people cannot see.Dragons have long been involved in 72% of all causes of death in London.Quote-Wikipedia

The original is a manga work by Tite Kubo.
Although the animation is made as a movie, it is a work of about 63 minutes,
Currently being distributed on Amazon Prime etc.
Directed by Tatsuro Kawano and produced by team Yamahitsuji / Studio Colorido.

What I feel from the beginning of the movie is the character of “Tite Kubo”.
Even though the long and poemy lines are set in London
It reminds me of a frame with only a long poem drawn on that white page.
Further chanting.
There should be no one who does not have the impression of chanting in “BLEACH” by Tite Kubo.

Although this work is not a god of death but a work based on “witch”
Because it is a witch, there is a spell “chanting”.

“Fingertip voice sword Revenger Joe’s iron key
Five tablets and three chains are lined up and the sound of a whistle closes your eyes. “

At this stage, many BLEACH and Kubo Tite-sensei fans should be dying (laughs).
Although the subject matter has changed in the world of witches, there is also the activation of magic by destroying the chanting.
The system itself is the same as BLEACH and has a strange sense of security.
It can be said that there are few drawers. 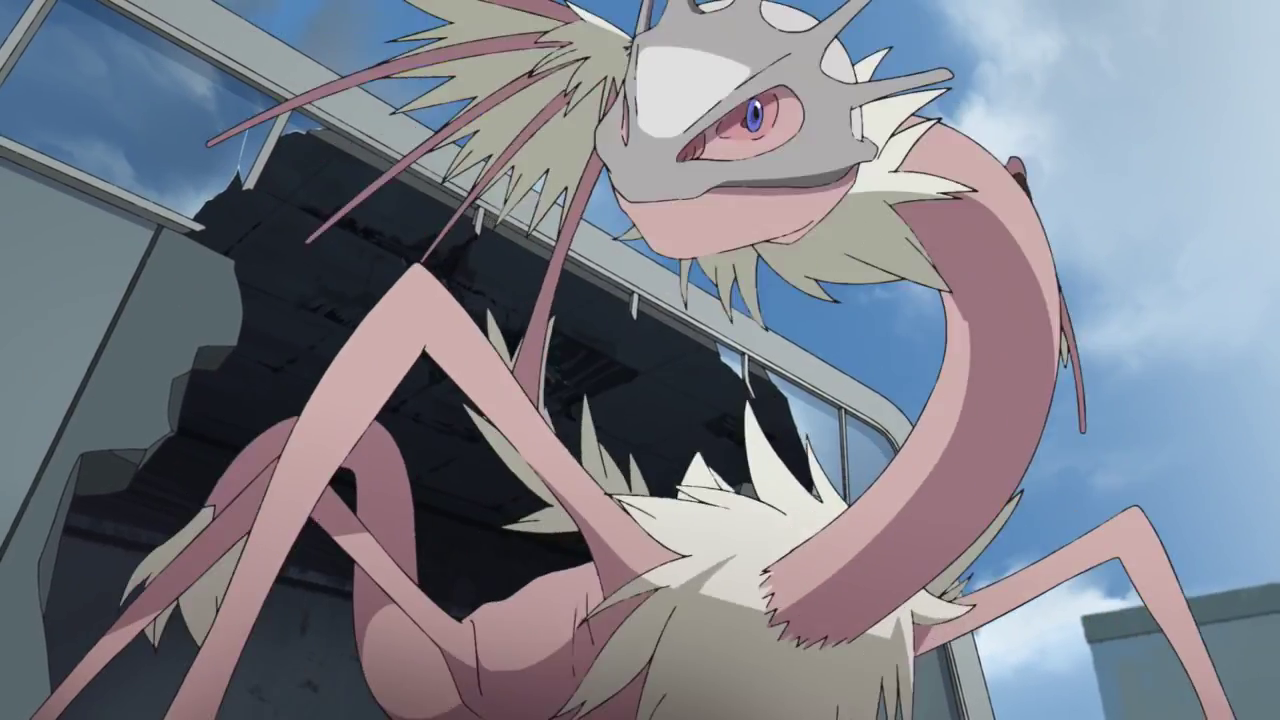 In this world of London, there are “dragons” that are harmful to humans.
However, the dragon is invisible to ordinary people and only to the inhabitants of “Reverse London”.
The protection and management of the dragons is the job of the witches.
This also has a lot of settings such as Soul Society, Shinigami, Hollow and BLEACH.

However, unlike BLEACH, the atmosphere of the world view of this work is wonderful.
Background depiction because it was set in London, houses and roads made of stone bricks,
The “clothes” of the characters who live there
It is a neat image of London,
It is a background depiction that seems to give off the smell of the city of London.

A dragon that appears in London.
The story of the witches who “protect” it is depicted in this work. 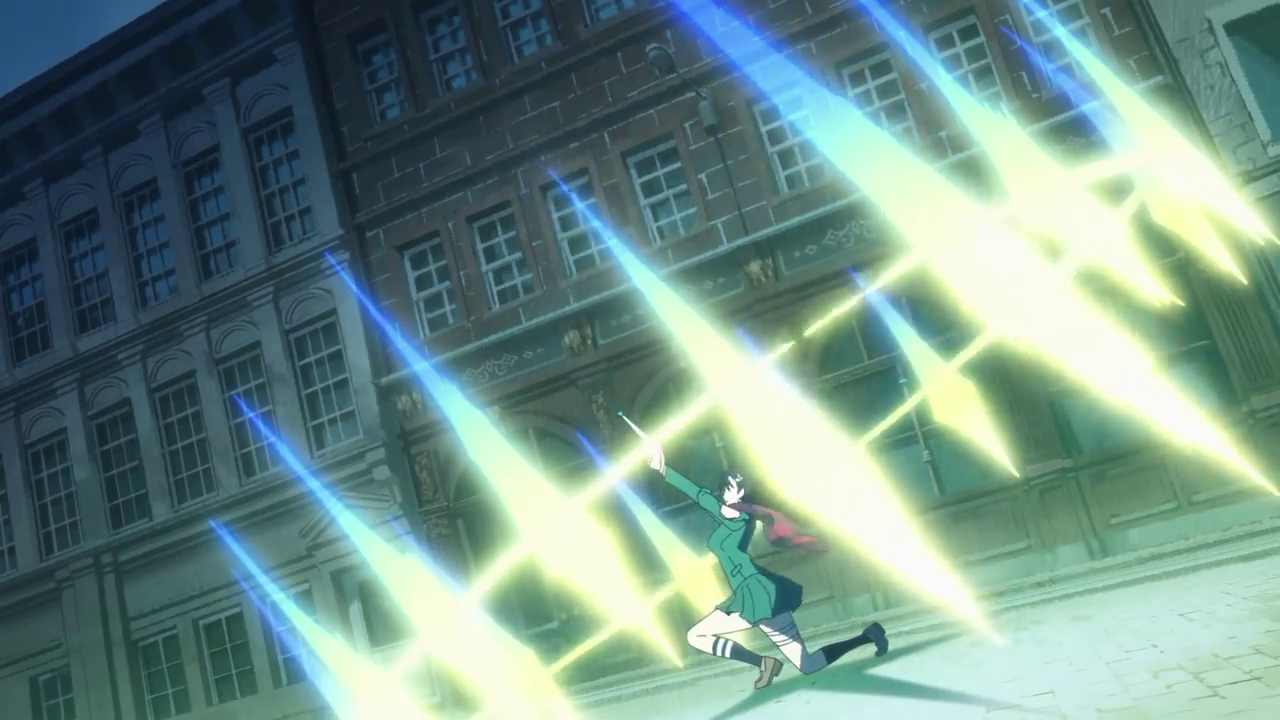 Basically, the battle scene is “long-distance battle”.
Ride a small dragon and run around in the air, chanting magic and attacking the dragon.
The scene of escaping from the attack of the dragon is a multifaceted camera angle
Although the image is made to “shine on the screen”, the essential magical production is
The battle scene that is a little weak and seems to be exciting may be cut

The hero encounters a dark dragon and makes such a dark dragon
I’m looking forward to how to subdue it, but it won’t show me there.
The story itself has a strong feeling of progressing.

With a “dragon-possessed” boy who attracts dragons,
Although the story progresses around the two witches,
The direction of the story is not clear at the beginning,
I don’t care if this is episode 1 or 2 of the TV anime,
For the time being, the impression that it is a little sober as a work to be released at the theater cannot be wiped out. 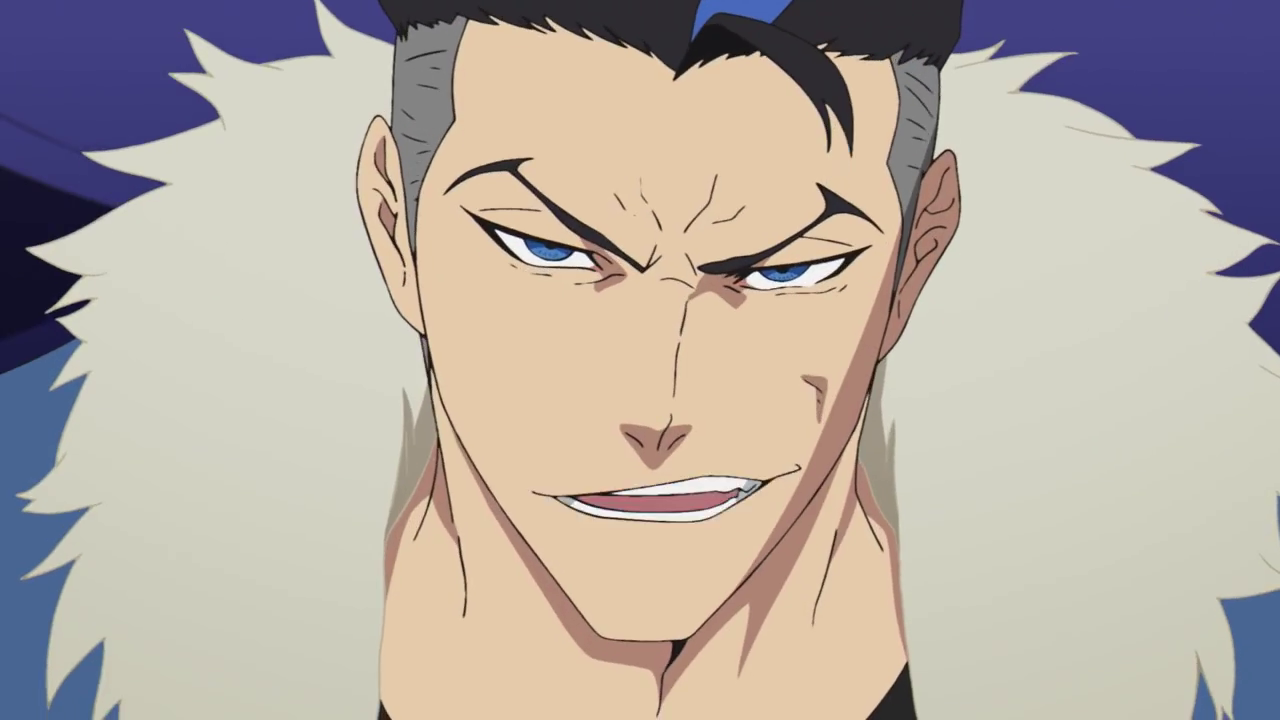 Characters and lines that can be said to be annoying,
While drawing such a dialogue in a comedy touch
“Osare” is the ultimate in the textured lines from the dialogue.
“Angry and summon your dragon”
In writing, it can only be said that it is a stone’s throw to make such a scene look cool.

The more the story goes on, the more attractive the world view of this work makes me laugh.
The more I see it, the more I nod strongly, “Ah, it’s the work of Tite Kubo!”
It’s such a master’s character. 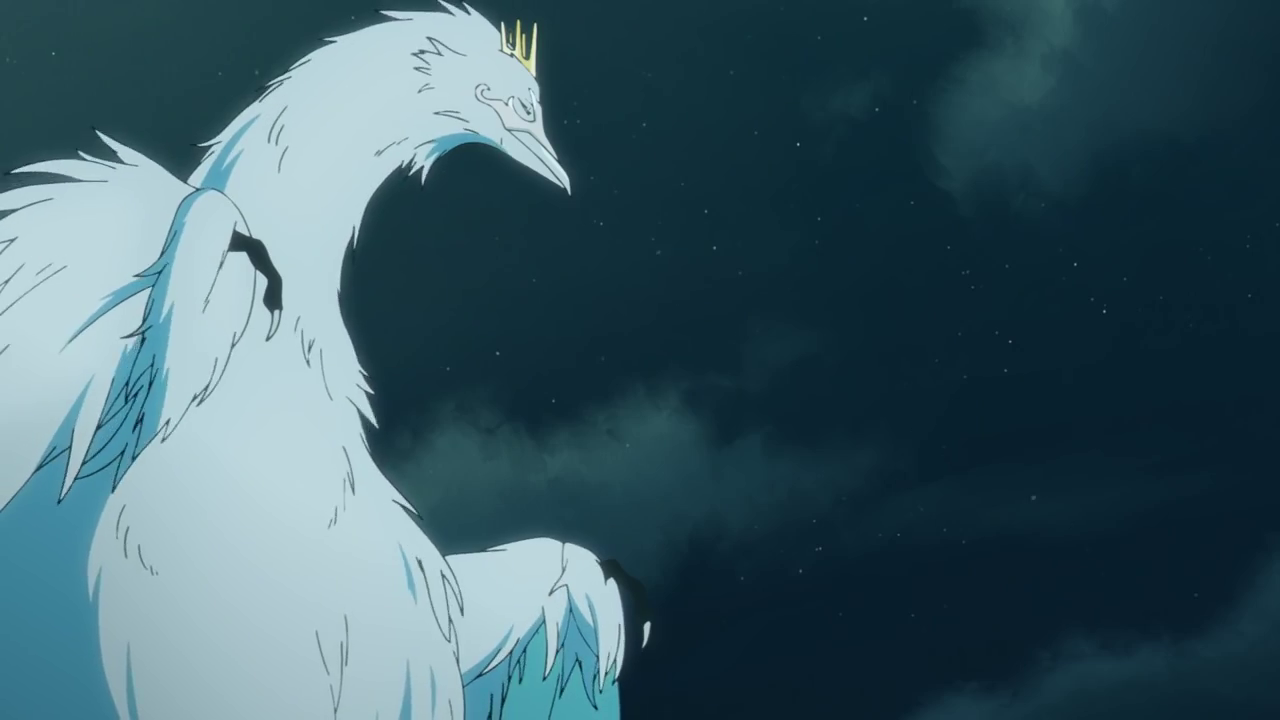 It ’s also fashionable,
There are many parts where I feel that I wanted to see the victory due to the activities of the main characters.
The story ends perfectly halfway.
To the last, the introduction, speaking of TV animation, is really only the content of up to 3 episodes,
It ends with many mysteries remaining.

Considering that the original is a one-shot and only one volume
It’s unavoidable that it can only be animated so far, but it’s a waste.
I want to see this continuation in both manga and anime.
It was a work that made me feel the high potential to feel that way. 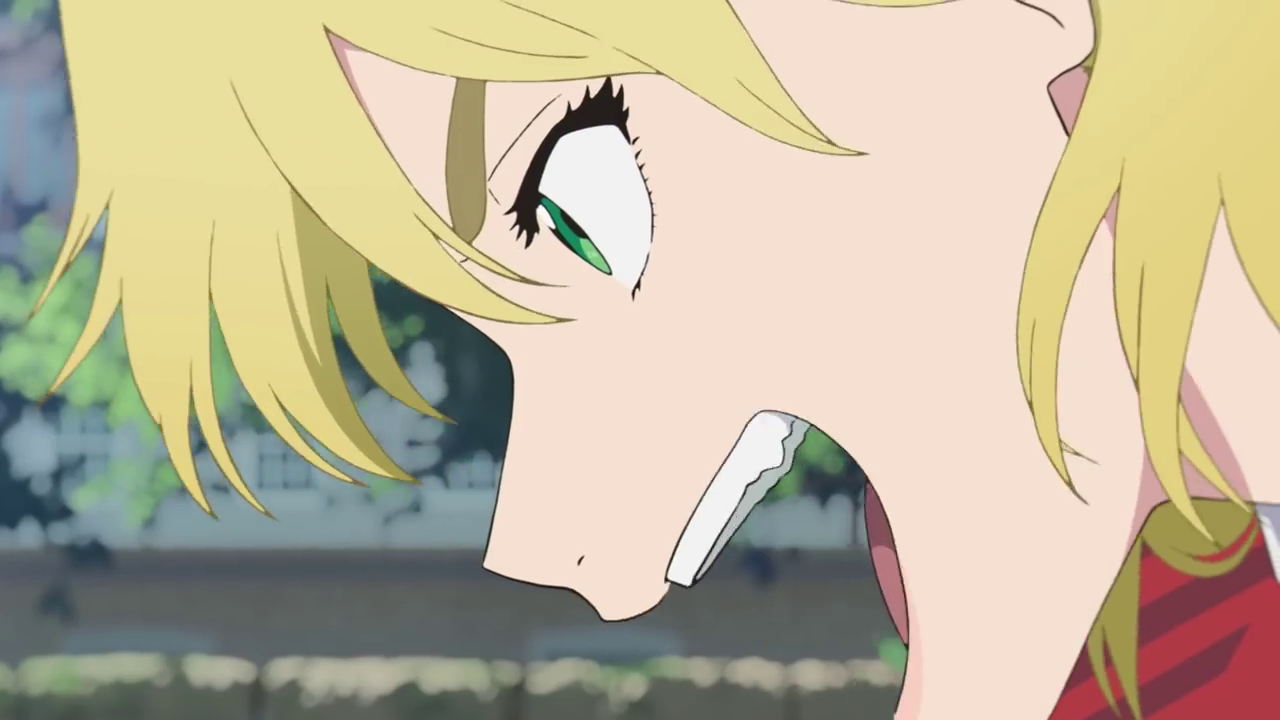 Overall, an attractive character,
The content is such that you can feel the fascinating world view exactly.
The story of witches and dragons set in London is simply enjoyable.

However, on the other hand, the soberness of the development that seems to be exciting and not exciting,
There are many parts where I feel the tempo is bad, because there is only one volume of the original
I also feel the difficulty of the production team that I could not raise the tempo.
Where I feel a strong sense of expectation that it will be more interesting from now on
It’s over, and it’s a work that makes you want to see more and more.

It is a work for fans of Mr. Tite Kubo, including the last scene “Are”
Although it cannot be denied, the world view of the work of Mr. Kubo Tite
If you like the atmosphere, you will definitely love it.

Personal impression: This is a master 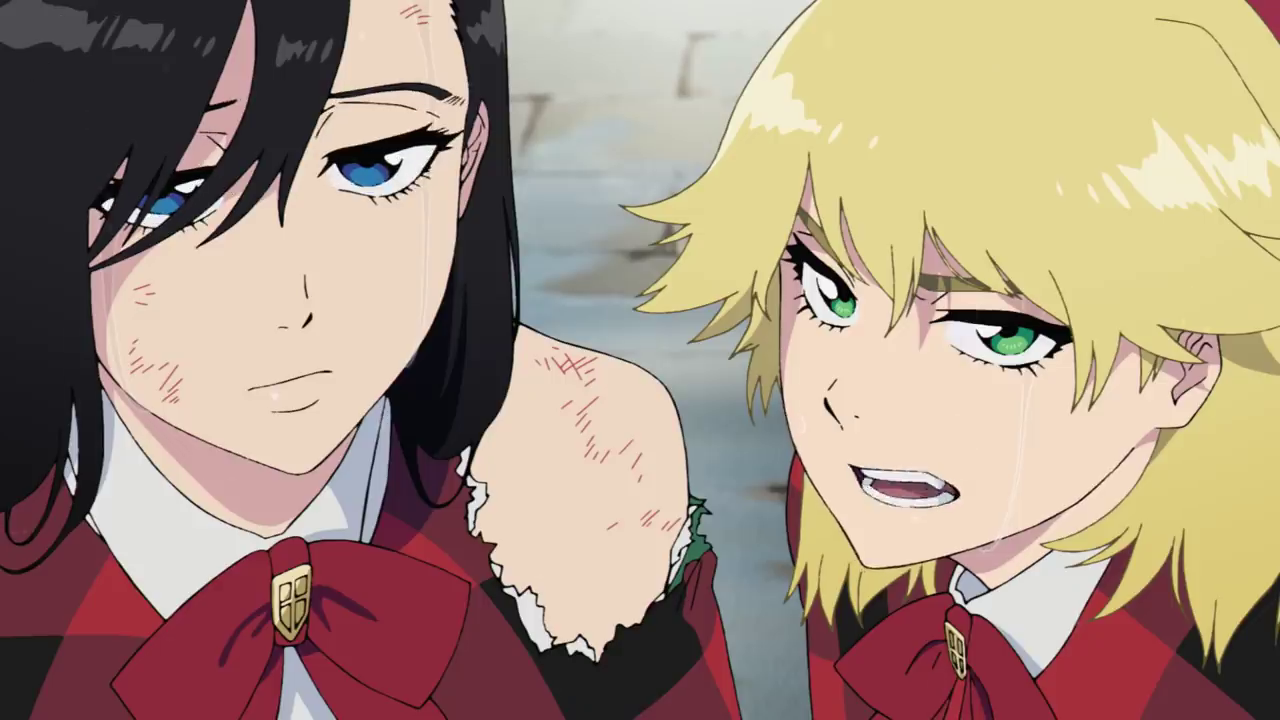 It was a work that you can taste the fashionable feeling of Mr. Kubo Tite for the first time in a long time (laugh)
BLEACH has also decided that the Millennium Blood Battle will be animated in the future,
Re-evaluation of Professor Kubo Tite, who is often treated as a story
The flow may be coming.

Personally, BLEACH was my favorite work, even though there are many things to do.
I would like to expect future developments including this work.