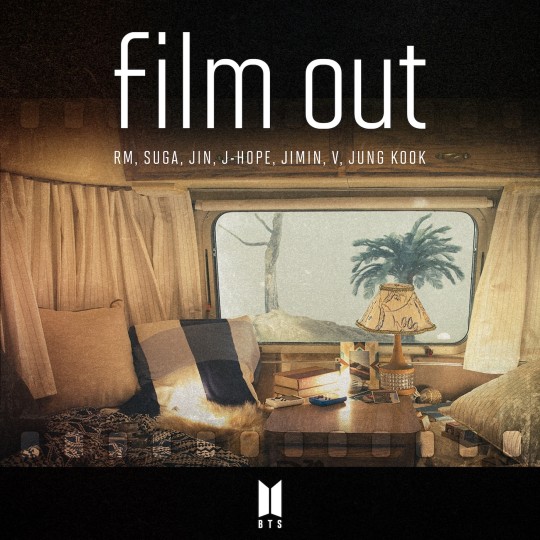 According to the latest chart released by Japan’s Oricon on the 4th,’Film Out’ recorded 5282 downloads, ranking first in the Daily Digital Singles Ranking, and staying at the top for two consecutive days.

BTS has been writing a new record since the first day of the release of’Film Out’ on the 2nd. The music video released on YouTube’s official channel recorded 29.38 million views in 24 hours, which is the ’24 hour most views’ music video for the original Japanese song released by BTS so far. In addition,’Film Out’ was ranked No. 1 on the iTunes Top Songs chart in 97 countries/regions around the world including Japan (until noon on the 3rd).

‘Film Out’ is a ballad genre song completed by member Jungkook in the composition and in harmony with the Japanese rock band Back Number, and its sad lyrics for loved ones are impressive. In the music video, BTS realizes that they are alone and leaves a strong lingering feeling by expressing their eyes and expressions delicately about living with a welcome.

On June 16th, BTS will release the Japanese best album’BTS, THE BEST’, which includes’Film Out’. This album contains a total of 23 songs, including singles and album songs released in Japan by BTS for four years from 2017, and “Dynamite,” which became popular all over the world.