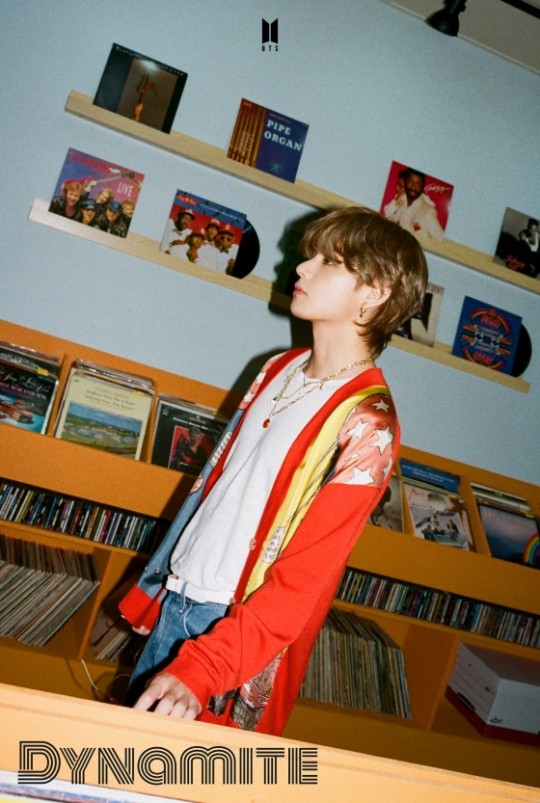 BTS released a teaser photo ahead of the release of the music video for’Dynamite’ (Dynamite) on the 11th. V’s photo, boasting a sculptural beauty, is the first among Korean male celebrities to surpass 5 million’Like’ after being released.

V’s necklace in the teaser photo also attracted great attention. After the photo was released, the necklace continued to be sold out, and the sales site indicated that it was a product worn by V. 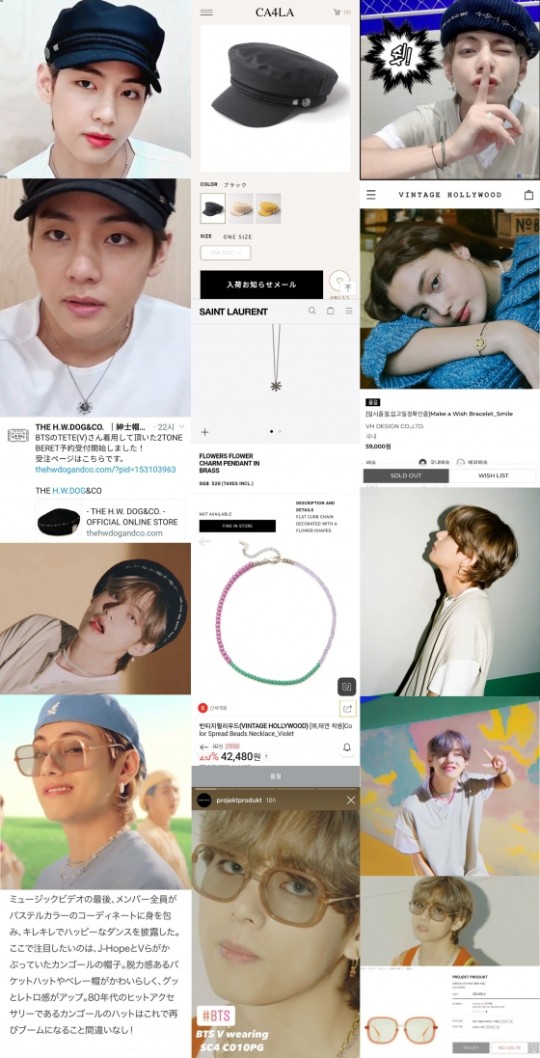 In the scene that decorated the ending of the’Dynamite’ music video released on the 21st, the sunglasses worn by V are also sold out immediately after the music video is released. .

V’s hats were sold out in the V LIVE broadcast where the members appeared together, and Saint Laurent necklaces were sold out at all stores around the world. In addition, the thread bracelet, which became famous by V’s wear, is sold in a limited number per person because it is difficult to handle explosive orders following sold out.

In the’BTS emoticON’ photo released on the 25th, V captured fans with a cute and lovely appearance that fits the emoticon theme, and fans did not miss the hat and bracelet that V wore. 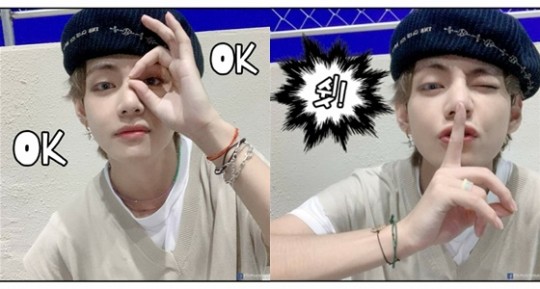 Earlier at last year’s BTS concert in Saudi Arabia, V’s smiley face was drawn with a sense to hide the pimples on his face, and the smiley pattern bracelet, which became V’s trademark, was also sold out immediately. It has been announced that it will be shipped in early November.

In addition, the Japanese magazine GQ Japan analyzed the music video fashion of’Dynamite’ and recommended V’s sunglasses and berets as retro items, predicting that the Kangol beret, a hit item in the 80s, will become a boom again.