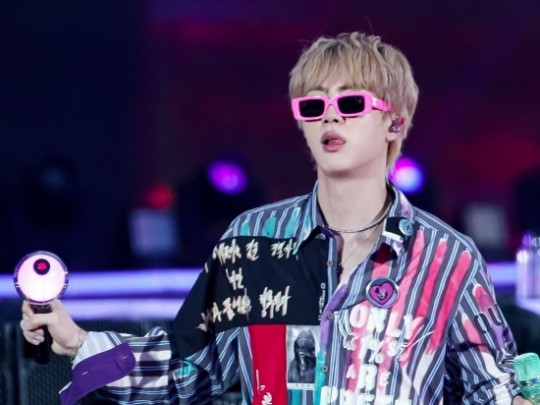 Jin’s visual, which shines even when he’s funny, is eye-catching.

On the 19th and 20th, BTS released the delay view streaming of the online fan meeting ‘BTS 2021 Muster Microcosm’.

Jin wore a clumsy beard to make fans laugh. However, his shining appearance was rather dazzling. In particular, the deep and mellow eyes set the climax.

In the streaming video on the 20th, the members performing J-Hope’s solo song ‘Chicken Noodle Soup’ together at the 2nd Muster performance was revealed.

He drew attention by digesting fast rap with fantastic breathing control and perfect diction. As a vocalist, his transformation into a rapper stole the attention of fans.

He performed these raps along with cute dance moves, which received applause from many fans.