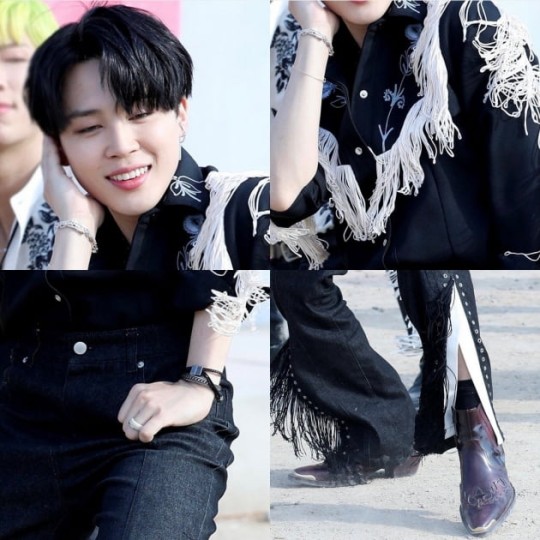 BTS released the song ‘Permission to Dance MV Photo Sketch’ from the single album ‘Butter’ released on the 9th through the official SNS and fan community Weverse on the 10th.

In the published photo, member Jimin captivated fans by showing off his edgy fashion expression with his innate sense. 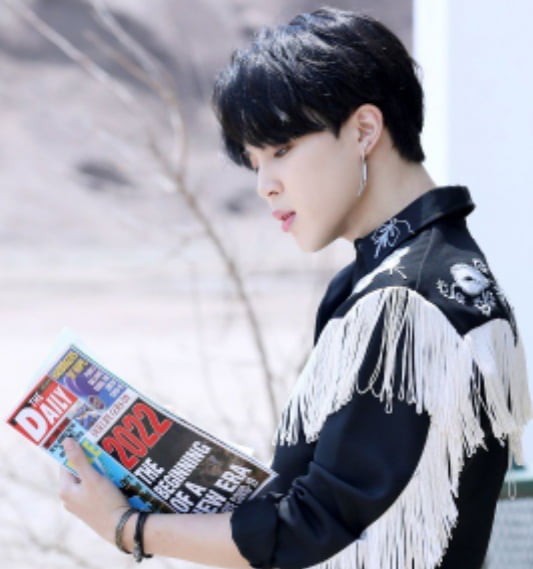 Wearing an all-black outfit with a tassel jacket and side slit bootcut, Jimin transformed into a sexy cowboy reminiscent of a classic western movie hero, showing a different charm than before.

With a bright smile, Jimin smiles and dances. In the sketch, he was captivated by the expressive craftsman-like appearance that makes use of the details from the toes. 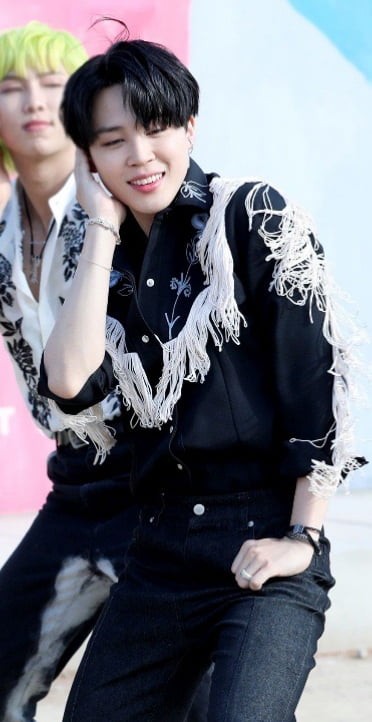 A photo of Jimin sitting at the eye level of the music video performer wearing cropped jeans, a white round T-shirt, and an ivory jacket, looking at him with friendly eyes, gave the strongest healing.

Jimin sat with his knees folded and made eye-level contact with the child actors who appeared in the music video, giving a warm impression as he showed Jimin’s altruistic personality, who is usually kind and caring.