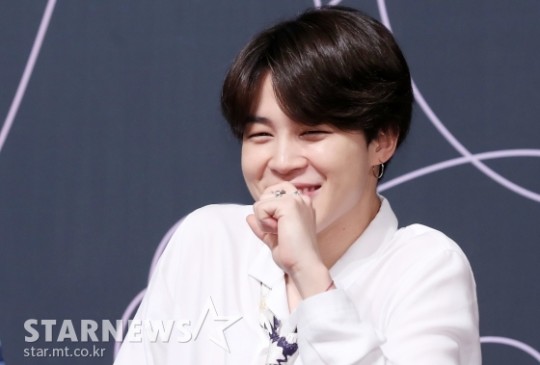 The attention of the media is as hot as the popularity of South American people for BTS Jimin.

Last April, Peru’s leading daily newspaper, La República, focused on Jimin, saying that BTS Jimin is an artist with everything.

‘La República’ is the most popular member of BTS
One of them, Jimin, was selected as the idol of K-pop. The Korean music industry is full of highly skilled artists, and they perform well. However, the public eye is above the average. “It’s never been easy to meet the public’s expectations.”

He continued, “Today, the results of who were the most rated idols in Korea were announced by the Korean Corporate Reputation Research Institute as a brand reputation index, and Jimin was ranked first in the ‘Idol Brand Reputation’ for 16 consecutive months.” Jimin’s brand was highly valued. 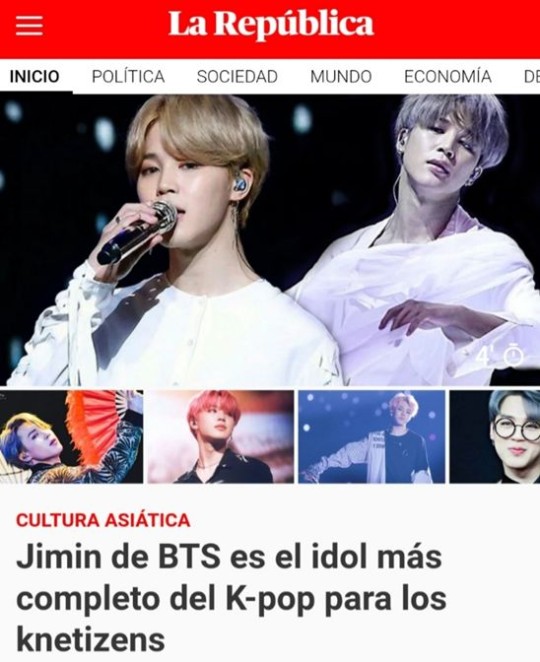 In addition, “Jimin has vocal talent, dance, charisma, and personality that are popular among consumers. There is nothing that Jimin can’t do,” he introduced.

Jimin’s popularity in South America is great. In celebration of ‘Hashtag Day’, Jimin was ranked in the top ranking in Argentina and Chile in ‘2019 most used hashtag ranking,’ and is said to be the most popular in South America.

Meanwhile, BTS, known to be in preparation for a new album, showed the members’ meeting on the new album through the official YouTube channel ‘Bangtan TV’ on the 11th, and Jimin, who took charge of the new album ‘Music PM (Project Manager)’ We set a meeting agenda to lead the meeting, expressed sympathy for the members’ opinions, and gathered opinions to excite the hearts of fans.