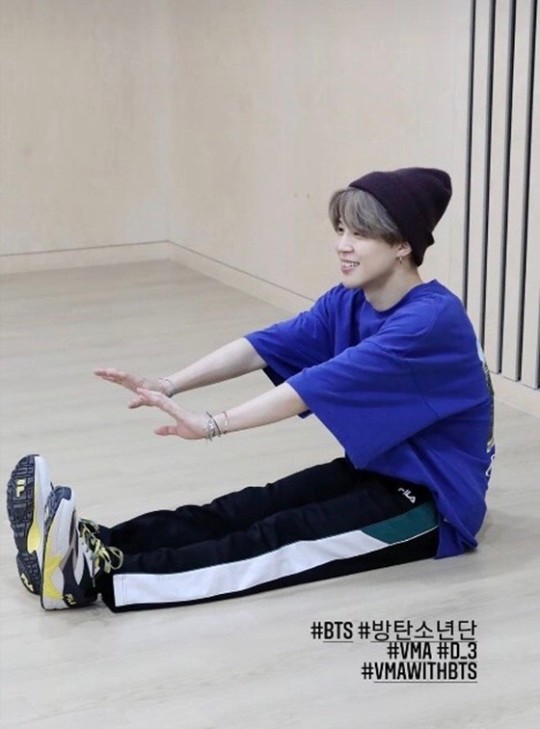 In the photo released with the hashtag of’#BTS #BTS #VMA #VMAWITHBTS’, Jimin caught the eye with a bright smile while sitting on the floor of the choreography practice room, stretching her legs with her flexible body and raising her hands.

Jimin showed a comfortable beanie look that expresses freshness and cuteness at the same time by matching a blue T-shirt reminiscent of a cool beach, training pants with white and green vertical stripes on a black background, and a cute black beanie with sneakers. Jimin’s usual sense of fashion stood out even more.

Accordingly, fans’ curiosity and expectations about the stage of Jimin, the main dancer and lead vocalist, are growing on the stage of’Dynamite’, which will be unveiled for the first time at the VMA awards ceremony on the 31st.

Meanwhile, when information about the oversize Goodboy T-shirt worn by Jimin in the photo became known, not only the blue color that Jimin wore, but the entire color was sold out in no time, making the’Jimin effect’ real.

Jimin is a’out of stock’ in the fashion world, where all clothes and accessories that are known through advertisement pictorials, interviews, immigration, commuting, and Twitter photos are exposed and at the same time quickly sold out. It is known that fans who visited the site lately with no exceptions, caused a quick sell-out this time, and were disappointed.