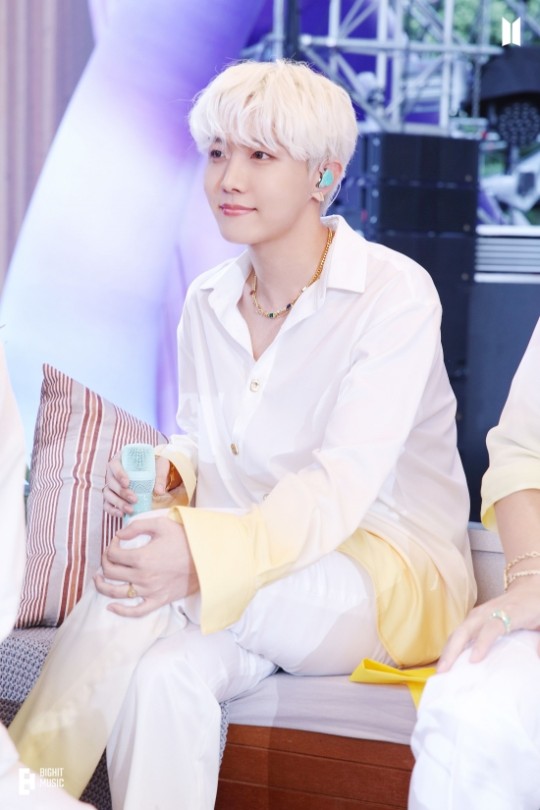 The solo songs of BTS’ j-hope surpassed 1 billion streaming in total on major global music platforms on the 21st.

The target of counting is the songs released under the name of solo artist J-Hope, excluding the solo songs on the BTS album. 7 songs (Daydream, Airplane, Hopworld, Blueside, Baseline, Always, POP), ‘Chicken Noodle Soup/feat.Becky G’, and ‘Blue Side’ (2021) are a total of 10 songs. 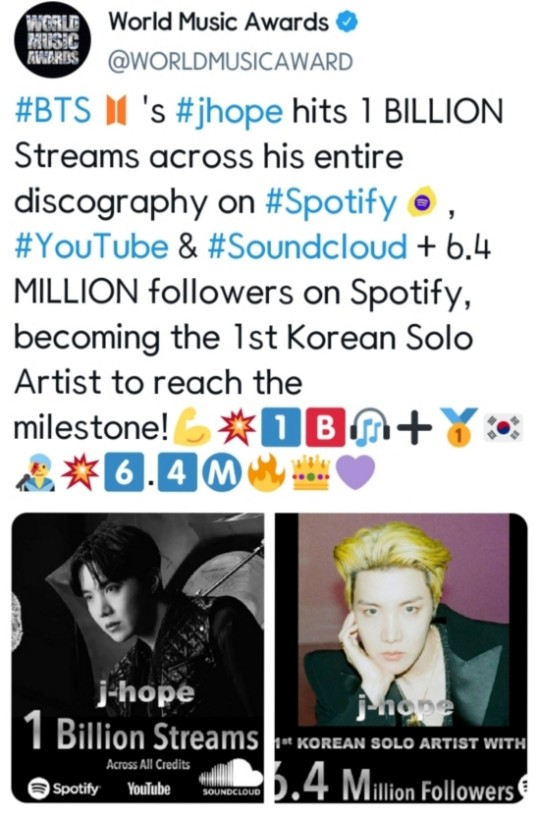 There was no publicity for these works at the time of their announcement, and there were almost no performances until now, and in the case of Spotify, only one song ‘Chicken Noodle Soup’ started to be serviced in Korea from February of this year. This record shows how much J-Hope’s music is loved by global music fans.

J-Hope participated in writing and composing all 10 songs himself. J-Hope is a full member of the Korea Music Copyright Association (KOMCA) and currently holds copyrights for a total of 112 songs.

In an interview with the global fan community Weverse in January, he mentioned ‘Mixtape 2’ as this year’s challenge. Many fans are looking forward to the release of J-Hope’s new solo work.