To say that this is the most popular movie in this Spring Festival file, it must be “Detective Chinatown 3”. Now that the movie is approaching the release time, “Tang Detective 3” has broken many film history records.

From the data of Maoyan platform, the box office of “Detective Chinatown 3” is far ahead of all the movies in the Spring Festival. After the film was launched on the pre-sale channel, “Tang Detective 3” broke the 100 million box office in less than two days. As of 23:19 on February 9th, the box office exceeded 500 million in two days before the movie was released. ! 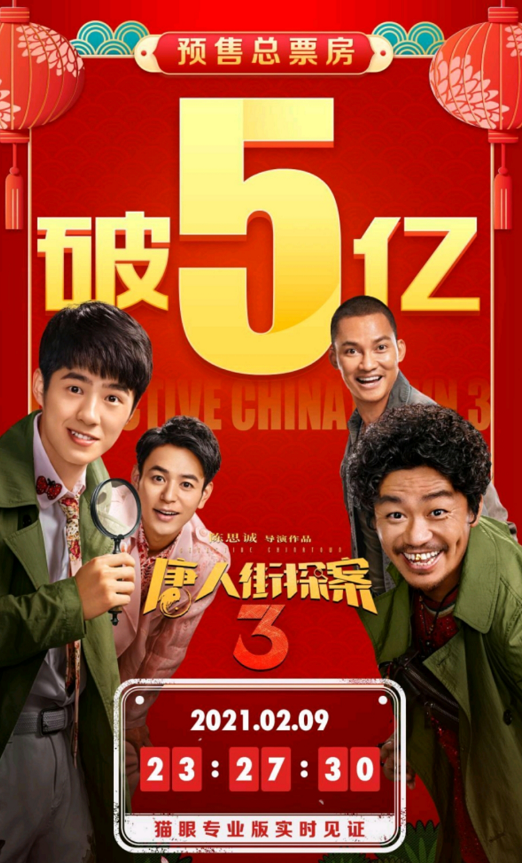 This kind of achievement is outstanding in the films of the Spring Festival file, and has never been seen in the history of domestic films.

Some platforms predict that the total box office of “Tang Detective 3” will be between 4.2 billion and 5 billion, but this prediction is still a bit conservative compared to the current popularity of “Tang Detective 3”. And from the perspective of Chen Sicheng’s uncompromising schedule, this movie has the momentum to refresh the 5.68 billion box office of “Wolf Warriors 2”. It seems that Wu Jing’s three-year record is about to be lost! 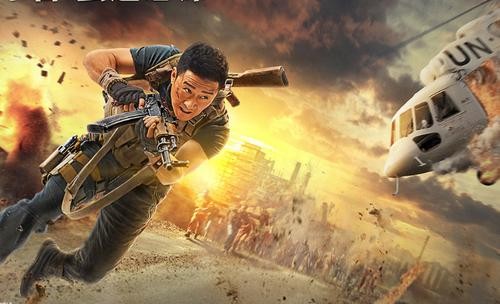 The 2020 Spring Festival file itself is very lively. In addition to the big IP of “Detective Chinatown 3”, there are also “Win the Championship” directed by Chen Kexin, “Emergency Rescue” by Lin Chaoxian and “囧Mom” by Xu Zheng.

“囧Mom” can be regarded as making a lot of money through ways that the industry is not optimistic, but this has also caused many filmmakers to be dissatisfied with Xu Zheng’s breaking the industry rules. However, from Xu Zheng’s point of view, “囧Mo” won’t have much to win against a blockbuster movie during the Spring Festival.

Since “Hong Kong囧”, the 囧 series has actually declined. The Douban score of 5.9 for “囧囧” also proves that the quality of this movie is indeed poor.

Director Chen Kexin’s “Winning the Championship” was postponed due to the epidemic. Although the estimated box office did not reach the initial target, it is still in a state of good reputation and box office. It is not an exaggeration to say that “Win the Championship” can wait a while and meet “Tang Detective 3” at the Spring Festival file, so that it will not cause this year’s Spring Festival file to only stand atop the situation. 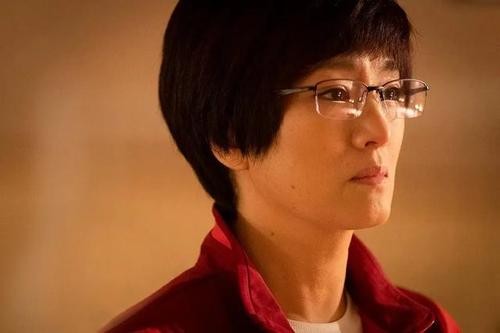 Lin Chaoxian’s movie “Emergency Rescue” really disappointed many viewers. This movie was launched on the Lunar New Year stall and won a box office of 400 million yuan. Compared with the investment of more than 100 million yuan in this movie, it is obviously a loss-making business. Fortunately, Lin Chaoxian went online ahead of schedule, otherwise it would be more likely to be crushed to 400 million box office by “Tang Detective 3” during the Spring Festival stall.

Among all the movies shown on the Spring Festival file, only “Tang Detective 3” can be called a blockbuster. Followed by “Hello, Li Huanying”, as of 20:28 on February 9th, the pre-sale box office exceeded 100 million, and the results were quite good. 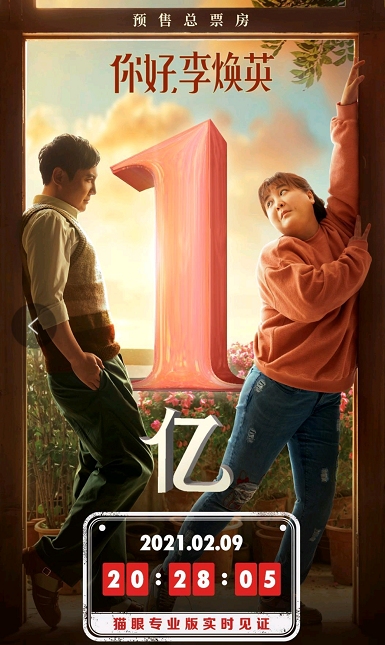 “Hello, Li Huanying” is the first film directed by Jia Ling. From the publicity point of view, the film is a tender work with tears in laughter. Jia Ling dared to confront Chen Sicheng’s big IP when she first became a director, and she was also very courageous.

However, judging from the current pre-sale box office numbers and the number of people who want to see, Wang Baoqiang’s “Tang Detective 3” has severely beaten Jia Ling’s “Hello, Li Huanying”.

According to the current situation, the dark horse in “Tang Detective 3” is a foregone conclusion, and it is difficult to think of it.

Born for the Spring Festival, “Tang Tan 3” is bound to win

Moreover, “Tang Detective 3” is the fourth film in the world to be shot with an IMAX lens, which means that all his visual and auditory charms can only be fully displayed on the big screen.

Letting “Tang Detective 3” choose to go online like “囧 Ma” is equivalent to a waste of resources, and it is a pity for the audience to not be able to watch this movie in the theater. 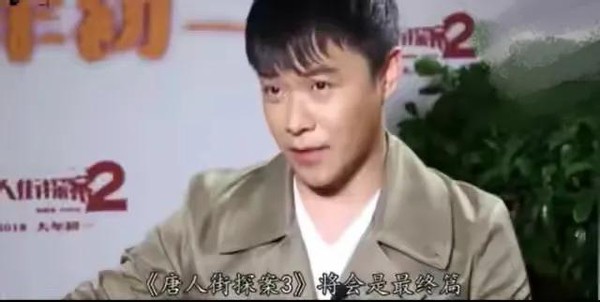 Regardless of how much effort and brain cells Chen Sicheng has put into this movie, the audience’s curiosity about the mysterious person Q is enough to support the appeal of a movie.

Besides, apart from the suspense in the content of the movie, the lineup of “Tang Detective 3” is also the most prestigious in the Tang Detective series.

In addition to the gold medal partners of Wang Baoqiang and Liu Haoran, there are also excellent Japanese and Thai actors such as his wife Mu Cong, Tony Jia, Nagasawa Masami, and Liang Gu Jiangtai. From this point of view, “Tang Detective 3” is true. Out of the country, in line with international standards.

No wonder Chen Sicheng will prepare the English translation version in advance before the release, and is confident that it will be launched at home and abroad at the same time.

All in all, “Tang Detective 3” occupies an absolute advantage in content, lineup, and texture. With high-quality movies and the unrivaled Spring Festival schedule, “Tang Detective 3” wants to surpass the box office champion “Wolf Warriors 2” with a box office of 5.68 billion yuan, by no means just shouting slogans.

In the end, I hope “Tang Detective 3” can sell well at the box office, continue the high-quality content of the first two films, break through your past achievements, and don’t forget to leave a strong mark in Chinese film history.