Apple Watch 7 is one of the best smartwatch models on the market at the moment. The new watch version has significant improvements over its predecessor, released last year. Apple Watch 7 possesses a modern and eye-catching design, giving users many convenient features.

Apple Watch 7 is a high-performance watch that offers users a smooth and seamless user experience when interacting with various apps. And similar to the previous version of the watch, the Apple Watch 7 is also equipped with useful health and sports tracking features. The article reviews in detail Apple Watch 7, thereby showing the plus and minus points of the product line. 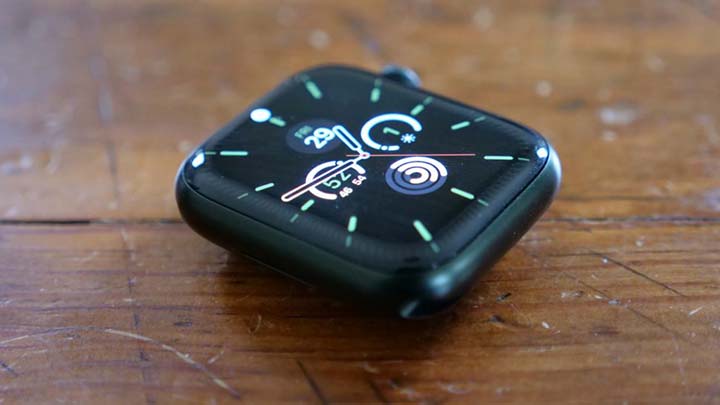 The biggest change you’ll notice right away is the larger screen. Apple emphasizes this change with a soft curved edge design, making the junction between the screen and the watch body more seamless than ever. The Apple Watch 7 has a slightly larger overall size to fit a larger screen.

The second change is that the 7th generation Apple Watch version will be released with many new color versions. At the present time, the aluminum case version is released with a total of 5 colors, including Midnight (black), Starlight (grey), Green (green), Blue (blue) and (Product) Red ( Red). The stainless steel case model is released in a total of 4 versions, including Silver, Gold, Graphite and Space Black.

The durability of the Apple Watch 7 is also improved compared to its predecessor. In addition to water resistance to a maximum depth of up to 50m, the Apple Watch 7 also has an official dustproof standard of IP6X. And in Apple’s words, the watch’s display is now more scratch- and shatter-resistant than ever. 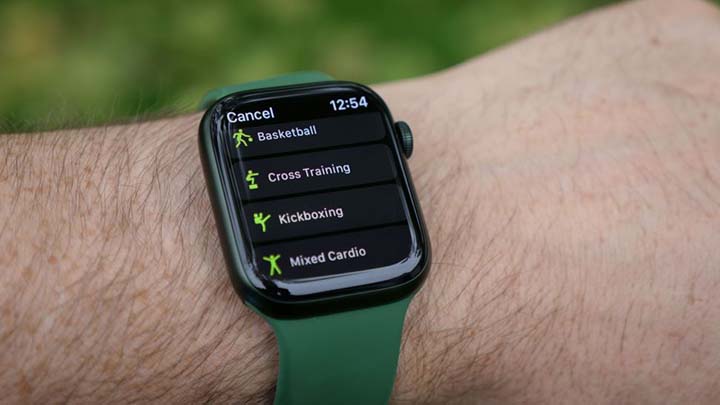 Equipped with a larger screen, Apple Watch 7 is significantly improved in terms of user experience. The size of the bezel around the screen is reduced by 40% compared to its predecessor.

The screen of the Apple Watch 7 uses an LTPO OLED panel. According to Apple, the watch’s display has a maximum brightness of up to 1000 nits, making everything displayed on the screen brilliant and clear, even when used outdoors.

Apple Watch 7 is not equipped with new health monitoring sensors compared to the previous version. Even so, this is still one of the smartest watches with the most health check features on the market. Watch 7 is equipped with 2nd generation ECG, SpO2 and heart rate sensors.

Apple Watch 7 is one of the few smartwatch models on the market equipped with an ECG (electrocardiogram) sensor approved by the US Food and Drug Administration. After activating the electrocardiogram feature and placing your finger on the crown, the Apple Watch 7 will record your ECG in just 30 seconds.

The watch will then notify you of your current heart rate status. This information can be saved in the Health app on your iPhone, which can then be sent to your doctor if you so desire.

The blood oxygen monitoring feature has gained more attention from users around the world in the past year because a decrease in oxygen levels can be one of the early signs of Covid-19. Unlike the ECG sensor, the Watch 7’s oxygen concentration sensor has not met FDA standards because the accuracy of this feature is still not very good.

However, similar to the electrocardiogram feature, regular monitoring of oxygen levels can help the wearer avoid unfortunate cases thanks to its ability to detect early symptoms of other diseases. together.

In addition to useful health and fitness tracking features, Watch 7 also provides users with a seamless user experience thanks to its intimate interaction with smart devices in the ecosystem. Thai Apple.

The new version of the watch is equipped with a large screen, which offers a lot of potential for use that previous generations of watches did not. One of those features is the Photo app, which allows you to quickly share photos with friends via iMessage or Mail apps.

The Always-on-Display feature has now been improved, allowing you to quickly check important information on your watch without having to open the display completely.

The new watch version is equipped with a new generation chip, called S7. In theory, the processing performance of the S7 chip is equivalent to the S6 chip line of the Apple Watch 6 version. The difference is in the physical design of the chip. Specifically, the new generation chip is redesigned to fit in a new watch body.

Even so, the actual performance level of the watch is still impressive. Every app opens and closes quickly and seamlessly.

Battery life continues to be one of the weak points of the new Apple Watch version. Although improved somewhat compared to its predecessor, the Watch 7’s battery life is still not enough for you to use for a full day. In case you use the watch’s features such as the ability to monitor health, make phone calls or listen to music, you will have to recharge the Apple Watch 7 at least once a day.

If you are already using a Fitbit smartwatch – which has a battery life of 5 to 7 days, it will take some time for you to get used to if you intend to switch to using the Watch 7.

Apple Watch 7 is charged via the USB Type-C port. Apple’s smart watch has a fairly fast charging speed, which can recharge from 0 to 80% of the battery after just 45 minutes of charging. 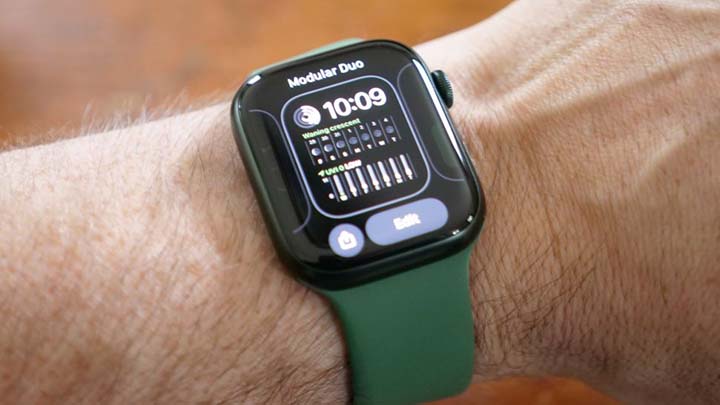 As one of the best smartwatches on the market, Apple Watch 7 offers users a comprehensive user experience in every way. The new watch version is equipped with a larger screen, which not only allows users to see more content, but also opens up new features that the old watch version did not do.

Apple Watch 7 is equipped with many convenient health and sports tracking features. However, similar to previous Apple Watch models, this 7th version is still limited in battery life, with less than 1 day of use.

This is understandable since the Watch 7 is a smartwatch with a high level of performance. If you are looking for the most comprehensive smartwatch in the segment, then the Apple Watch 7 will be the number 1 choice that you should check out.