There’s no rule saying this has to go to an OP or ED, though it always has so far.  To be honest the only hard part – and it was very hard – was deciding to give the statue to “Tenkyuu” or the equally gorgeous “Ryuuseigun”.  The latter was even more emotional for me based on the dramatic context, but by the slimmest of margins I give the nod to this one based on its haunting, Joe Hisaishi-like Italianesque beauty and the beautifully-depicted improvement in the club’s skills.
Honorable Mention: “Ryuuseigun”  by Tokise High School Koto Club (Kono Oto Tomare!), “Stand by Me” by the peggies (Sarazanmai ED) 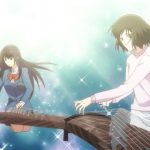 Come on, was there even the slightest hint of doubt?  This was a total no-brainer.  And, I might add, the anime staff was totally vindicated in their decision to judiciously use performance pieces, which generated many complaints from viewers – their impact was greatly enhanced by this strategy.
Honorable Mention: Vinland Saga, Karakai Jouzu no Takagi-san 2 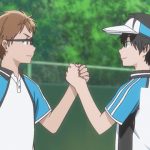 For obvious reasons, this category always has fewer contenders than the one below.  But it was a pretty solid year for original series, and this wasn’t an easy decision.  I give the nod to Akane Kazuki for his labor or love Hoshiai no Sora.  The way he and this series were screwed by the production committee is well-documented by now, but none of that detracts from what Akane accomplished with this series.  Nothing less than a comprehensive plea for understanding for what adolescents – especially boys – go through, it was a triumph even as half the story Akane intended to tell.
Honorable Mention: Sarazanmai, Kochouki: Wakaki Nobunaga 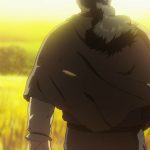 Not only the larger category but the tougher to judge, given that what you’re considering is the way the material on-screen relates to the material on the page.  I chose Vinland Saga because writer Seko Hiroshi and director Yabuta Shuuhei took what was already a beloved manga and made the risky and bold decision to make significant changes.  They re-ordered the material and added significant original sections, and the result improved the experience in every way.  And that, to me, is what great adapted screenwriting is all about (which is why Karakai Jouzu Takagi-san 2 is a runner-up).
Honorable Mention: Karakai Jouzu Takagi-san, Dororo 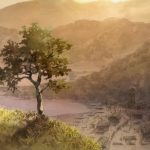 There was no runaway winner in this category, but I chose Dororo because of the mesmerizing realism in re-creating feudal Japan with a fantasy element.  There were perhaps flashier series in 2019 when it comes to art direction (like the runners-up), but getting all the little details right like Dororo did is a remarkable achievement.
Honorable Mention: Gegege no Kitarou 2018, Vinland Saga 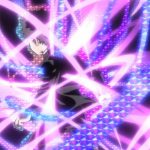 By contrast, there’s absolutely no contest in this category.  Mob Psycho 100 will be on most short lists for the most impressively animated series in anime history, and it’s no wonder.  Combine the medium’s finest young director with a platinum studio that has an incredible wealth of talent to draw on – most of whom seemed to work on this show – and you have something truly spectacular.  Mob Psycho 100 has it all – sakuga, style, imagination.  It was never in doubt who would win, but I want to call out the “Honorable Mention” of Beastars, because it’s the first CGI series ever to achieve one from LiA.  And I might add, the most visually impressive CGI series anime has ever had.
Honorable Mention: Vinland Saga, Beastars 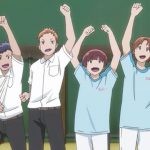 Akane Kazuki clearly didn’t have the kind of budget Tachikawa Yuzuru did, but as one of the most revered figures in the industry he had the ability to attract a similarly talented group of artists for Hoshiai no Sora.  With no fantasy or creature elements to work with, Takahashi had the task of making a group of typical boys stand out as distinctive, and to have their appearance reflect their personalities.  Simple, elegant and truly superb design from one of anime’s legends.
Honorable Mention: Beastars, Dororo 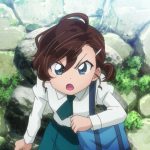 The multi-generational cast is one of the many joys of the latest Gegege no Kitarou reboot, and Fujii-san is one of the standouts.  Mana is a new character but she fits seamlessly into the GGGnK mythology while at the same time providing a bridge to contemporary culture.  It’s a wonderful character and a wonderful performance, good enough to hold off an onslaught of Haru furries.
Honorable Mention: Yamazaki Haruka as Haru (Doukyounin wa Hiza, Tokidoki, Atama no Ue.), Senbongi Sayaka as Haru (Beastars) 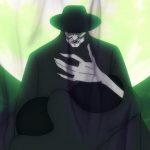 A sweep of the supporting categories for Gegege no Kitarou?  Indeed – and while obviously of a much different generation than Fujii, Ginga Banjou delivers no less outstanding a performance as Nanashi (a role which crossed over from 2018 to 2019).  It’s without question one of the creepiest seiyuu performances I’ve ever heard, and a big part of the reason why Nanashi remains the reboot’s best antagonist to date.  That said, I have to give a special nod to Ohtsuka Akio (also an honorable mention in 2018) for another LiA Oscars first, sweeping a category’s honorable mention spots (and for two roles which could hardly be more different).  He may not be in a class by himself, but it sure doesn’t take long to call the roll.
Honorable Mention: Ohtsuka Akio as Jukai (Dororo), Ohtsuka Akio as Thorkell (Vinland Saga) 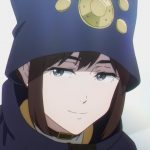 I was actually surprised when I discovered that Yuuki Aoi had never won this award.  She’s been one of anime’s most consistently brilliant seiyuu since she was barely a teenager, and has evolved into an actress with as much range as anyone in the medium today.  Boogiepop wa Warawanai allows her to showcase that range in a dual role, but for me it’s her turn as the titular character that really stamps this as a personal triumph.  It’s a unique, appealing and haunting performance that’s quite unlike any this year.
Honorable Mention: Suzuki Rio as Dororo (Dororo), Tanezaki Atsumi as Houzuki Satowa (Kono Oto Tomare!) 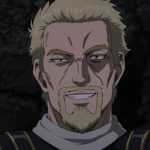 New viewers didn’t realize it at the beginning, but you might have well called the (hopefully) first season of Vinland Saga “The Book of Askeladd”.  It was Askeladd’s story that proved the spine of the season, and it was Uchida Naoya’s tour de force performance that anchored it.  It was a great year for Uchida-san who, like Ohtauka Akio, played crucial roles in 2019’s best two series (for Ohtsuka it was a clean sweep of the top three, and he showed up in 6th as well).  Askeladd is a great character on the page, no doubt, but Uchida captured all of his depth and complexity in masterful fashion.  He’s been pretty under the radar, but quietly one of anime’s best seiyuu for years.
Honorable Mention: Itou Setsuo as Kageyama Shigeo (Mob Psycho 100 II), Kobayashi Chikahiro as Legosi (Beastars) 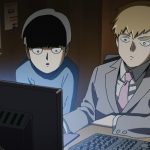 This is almost always a loaded category, but it’s hard for me to ignore just how spectacular Mob Psycho 100 II really was.  It pushed the envelope with every episode, testing the limits of what was possible on a TV anime budget and consistently challenging the audience.  Tachikawa is a true auteur, a genius director who should have a tremendous future in anime if the creative decline of the medium doesn’t squeeze him out of it.
Honorable Mention: Matsumi Shinichi (Beastars), Yabuta Shuuhei (Vinland Saga) 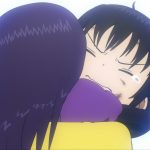 Hi Score Girl captures the hardware for the second season in a row.  Romance is a genre that’s generally been on the decline in anime for several years and it wasn’t a strong year by any means, but Hi Score Girl is a romance for the ages.  Realistic, moving, funny and utterly charming is how I’d describe it – and it’s well worth nothing that it finesses the dreaded love triangle as well as any romance anime in years, treating all of the characters with respect.
Honorable Mention: Karakai Jouzu no Takagi-san 2, Beastars 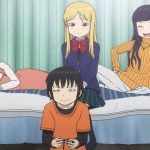 If romance is on the decline, comedy may be in free fall (as witness my runners-up below).  Frankly it was a terrible year for comedy, despite quite a few being produced – it may be the genre that’s suffered more than any from the dumbing-down of the medium wrought by light novels and production committees.  Frankly I’d rather give this statue to a “pure” comedy, but frankly there just wasn’t one this year that was nearly as funny or charming as Hi Score Girl II.
Honoroable Mention: Ueno-san wa Bukiyou, Doukyounin wa Hiza, Tokidoki, Atama no Ue. 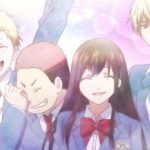 Which series you honor in this category tends to come down to how loosely you define the term “drama”.  I could have given the gold to Vinland Saga or Dororo, the two best series of the year, as both were certainly dramatic.  But in a narrower definition (and drama, unlike comedy, has enough quality to allow me to use one) I think Kono Oto Tomare! was the series that best exemplified drama as a genre.  It had for my money the two best scenes in anime this year (the ones that dominated the “Best Song” category above).
Honorable Mention: Dororo, Vinland Saga 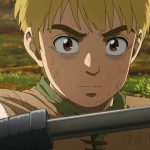 In contrast to last year I didn’t have to stretch to find a series to place at #1 for the year, and I didn’t have to grind much over who I would choose.  Vinland Saga was the only 2019 series to make my 2010’s Top 2o for a reason – it was the total package, the class of the field.  I’m anxiously awaiting news of a sequel, but the longer we go without hearing it the less optimistic I am we’ll ever get it.
Honorable Mention: Dororo, Mob Psycho 100 II 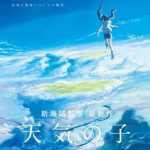 I didn’t see Penguin Highway until 2019 and if eligible, I’d have given it the top spot here.  But it came out theatrically in 2018, so Tenki no Ko it is.  I don’t consider it to be Shinkai Makoto’s finest work, but that’s a very high bar.  I do think Weathering With You is about on par with Kimi no Na wa – a mainstream romantic fantasy with Shinkai’s typical gorgeous visuals and niggling narrative issues.
Honorable Mention: Boku no Hero Academia the Movie 2: Heroes:Rising, Kaijuu no Kodomo

As always, my sincere thanks to everyone for visiting LiA and being part of the community.  And if I may be honest, the need for financial support for the site is greater than ever.  My maintenance costs for the site have gone up again this year, and it gets more and more difficult to justify the massive amount of time I put into it – apart from the fact that it’s a labor of love.  If you’re inclined to consider helping out, please visit one of the links in the sidebar.  Patreon patrons, Paypal subscribers or one-time contributors – you all have my everlasting gratitude.