On December 18, IBM announced that it had developed a new battery technology using materials extracted from seawater.

IBM’s new battery design will not use the rare materials Cobalt and nickel in the cathode. In addition, the electrolyte solution has also been replaced by a completely new compound, which is capable of preventing dendrite phenomenon, the reason why lithium-ion batteries are prone to short-circuiting. 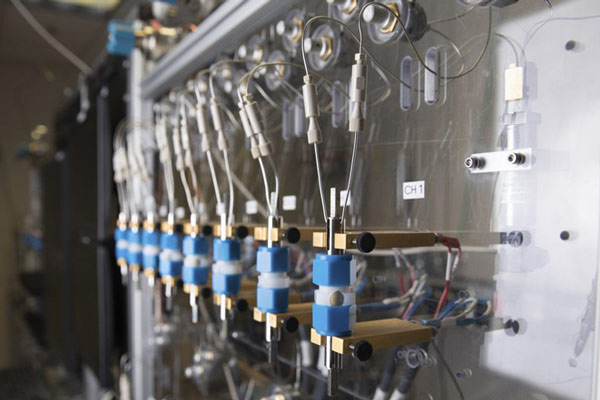 IBM says lab tests show that its new seawater battery technology has many advantages over lithium-ion batteries, including:

Currently, IBM is cooperating with Mercedes-Benz (Daimler AG), battery electrolyte supplier Central Glass and battery manufacturer Sidus to trade for its new battery design made from seawater. IBM hopes it will be able to launch its first battery prototype in a year, starting now.

This October ’s Xinfan score plummeted. The day when I encountered Cyberpunk, I was still dissatisfied.

Post Views: 55 In a society dominated by large enterprises, the per capita transformation of people’s livelihood, and the control of other special devices that transform the human body through spiritual control, this October’s new “Non-Gun Life” is based on a highly impactful actor, and a strong Cyberpunk’s breath that can’t be achieved has quickly […]

In your opinion, should we choose mechanical watches (Automatic) or electronic watches (Digital Watch) here?

Post Views: 105 After comparing the mechanical watches (Automatic) and quartz watches (Quartz) before, some of my close friends texted Facebook and asked me, “Should I choose a mechanical or an electronic watch?” Have you ever asked such a question? If you haven’t found the answer yet, check out my article below. Electronic clock (left) […]

Post Views: 50 At The Game Awards 2019, which took place at Microsoft Theater, Los Angeles, USA, the Call of Duty Mobile game excelled over many rivals to win the title of the best mobile game in the world. The blockbuster of Activision has surpassed 4 other excellent names in the mobile gaming industry are […]