People with morbid obesity who undergo bariatric surgery have a risk increased by 50% attempting suicide after the intervention, according to a Canadian study. 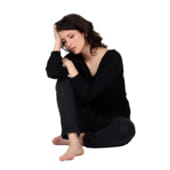 The work, published in the scientific journal ‘JAMA Surgery’, followed 8,815 Canadians who had undergone bariatric surgery for six years – three before and three after the procedure. According to the researchers, 66% of suicide attempts occurred after the operation. The other third of the attempts, which occurred before surgery, reveals, points out the article, the highest incidence of mental problems among obese people.

Because of the results, the researchers argue that patients who underwent bariatric surgery should be monitored for a long time by a medical team. Despite the improvement in the patient’s life, such as rapid weight loss and reduction of chronic diseases (diabetes, hypertension, sleep apnea), the situation can be complicated in the long run.

In many cases, especially when the patient opts for bypass gastric, which directs food directly to the intestine, weight loss can be reversed in 10 or 20 years, causing situations of frustration and depression.

Monitoring should be done by nutritionists and psychologists to address the patient’s need to reform his diet, start the practice of physical exercises and work to accept the new silhouette, something not always simple for this group of patients.

The follow-up work, however, starts even before surgery. It is necessary to have a meeting between the medical team and the patient to define what procedure will be done and to prepare him psychologically for the changes to come, possible complications and dietary changes. The patient must be fully aware of the implications of the surgery and what to do after the operation to avoid side effects and ensure healthy weight loss.

The patient’s psychological approach is also extremely important. The professional should work on questions about the new patient image and yours relationship with others. Work should be intensified among people who have always used food as a refuge for anxieties and moments of sadness.

Obesity is one of the diseases more complicated to deal with, explain the researchers. On the one hand, weight loss drugs have many side effects and may not deliver the promised results. On the other hand, many patients are unable to lose weight naturally, with changes in eating habits and exercise. Thus, bariatric surgery presents itself as one of the few possible actions to treat obesity.